Sweet dreams aren’t made of this.

Giana Sisters: Twisted Dreams came to the Wii U in 2013 and was the result of a successful Kickstarter. The Owltimate Edition on Switch has all of the DLC that was added to the base game, along with a few extra levels. The gameplay is standard platforming, but unique mechanics make it stand out. With the push of a button, you swap Giana between two dream worlds, changing her persona and bringing a different visual aesthetic, music, and character ability. 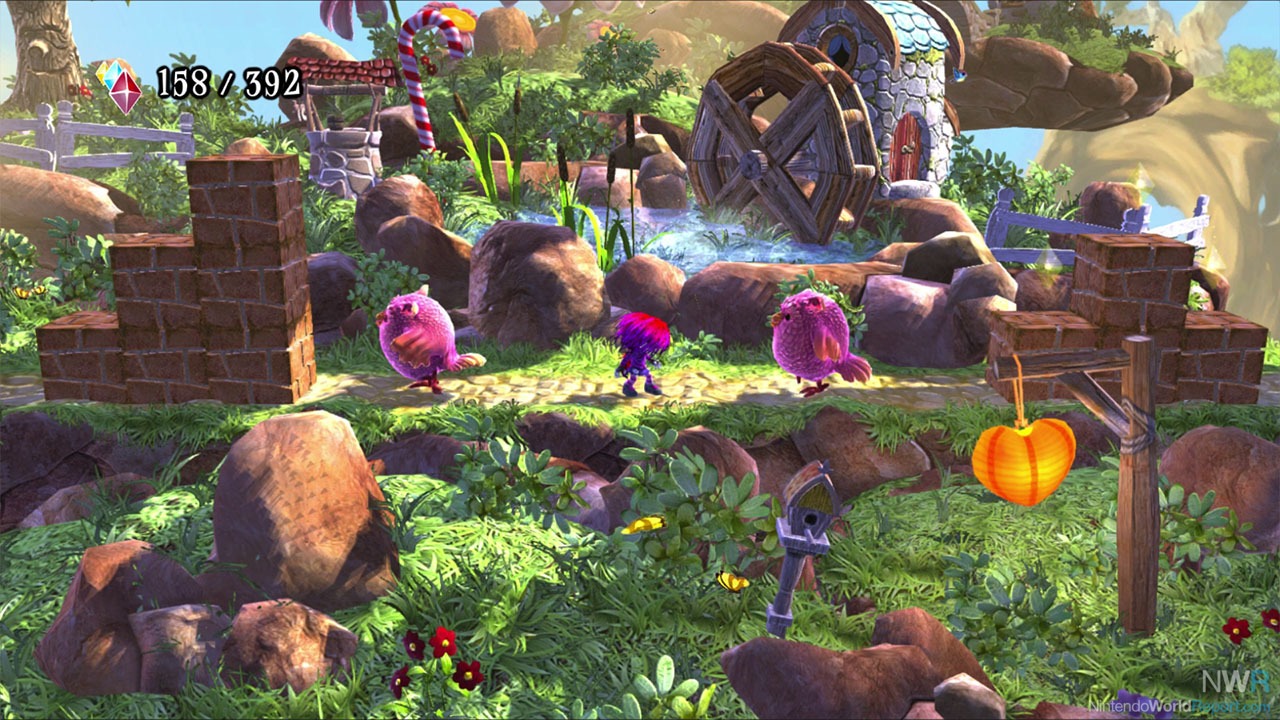 On a mission to rescue her sister Maria, Giana alternates between cute and punk personas to navigate each of the 40+ stages. In the cute persona, blond Giana can do a spin jump that allows her to float down slowly to avoid obstacles and activate certain devices. The cute dream world brings slower and more traditional music to the fantasy environments, but the enemies, backgrounds, and obstacles are anything but cute. Instead, enemies transform into demons and the stages themselves become dark and reddish hellscapes. Switching to the punk persona, redheaded Giana’s spin jump is replaced with a rolling attack that transforms her into a pseudo-fireball. The music becomes a metal version of the “cute” track and the stages become bright, vibrant, and lush. The nearly instantaneous swapping of the backgrounds and foregrounds in each stage is mesmerizing, and because certain obstacles and platforms appear only in one dream world or the other, you are forced to move between them frequently.

The stages themselves can be quite long, and compared to the length of traditional Mario platformers, I think the levels in Giana Sisters: Twisted Dreams often overstay their welcome. The levels can have a lot of variety, with underwater segments, verticality, and locked doors requiring keys, but because the levels in each of the four worlds are similar, the beautiful, detailed environments end up running together. Another issue compounding the length of each stage is the inflated number of crystals you can collect. For instance, Stage 1-6 has a total of 751 crystals to collect, and they come in three colors: blue crystals can be collected in either of Giana’s forms; yellow crystals require the cute persona; and red crystals require the punk persona. Switching forms to collect so many crystals in each stage becomes less of an incentive and more of a chore, and given the length and layout of some stages, backtracking is nearly impossible. Worst of all, when you replay a stage in hopes of going back for crystals you may have missed, you have to collect all of the crystals over again.

Boss fights come at the end of each world, and they add challenge and variety to the game, but there are only four of them. Four difficulty modes, and score and time attack modes add replay value, but the two hardest difficulty modes are locked until you fulfill certain requirements, some of which are obtuse and annoying. For example, the second difficulty level, “Hard,” forces you to earn a ranking of at least 2.5 stars per stage before unlocking the boss fight in a given world. Stars are earned by collecting a certain percentage of the crystals in each stage and by dying less than 20 times (1 star) or 5 times (2 stars). If you fail to earn enough stars, you have to basically start the level over from scratch, so it’s really not that fun to go back and try to improve your ranking. 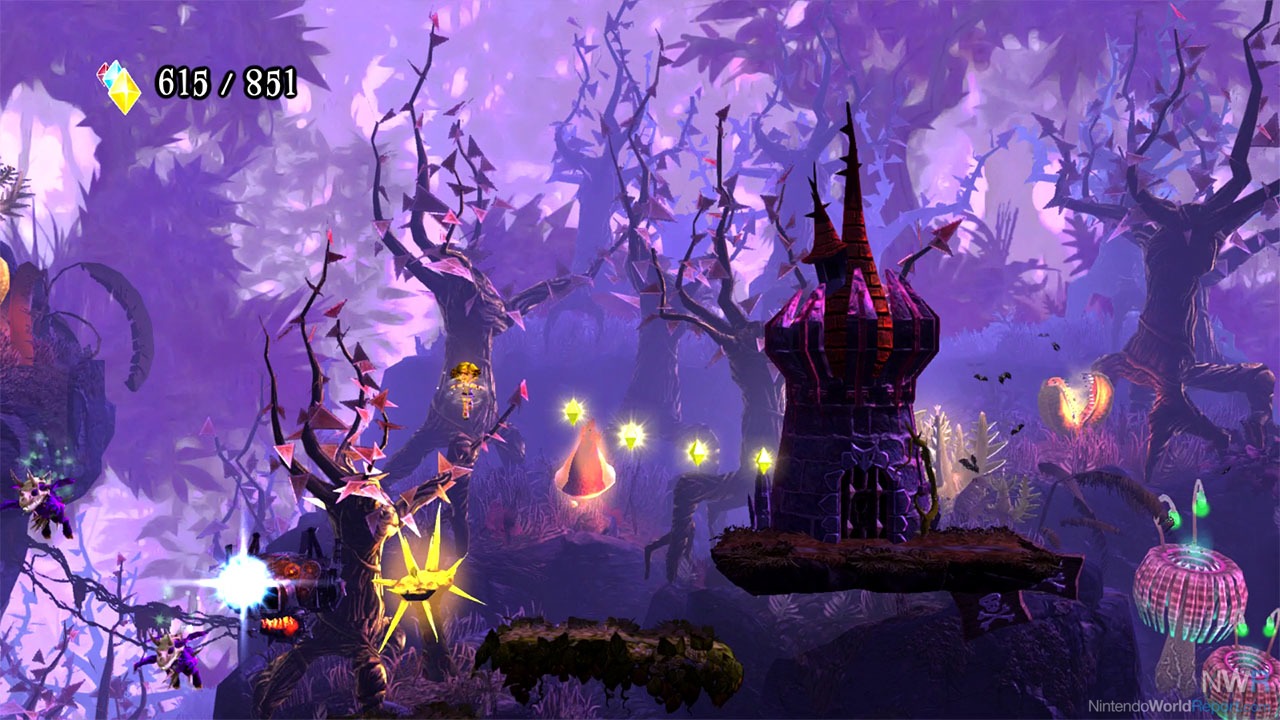 Even though the game is aesthetically pleasing and Giana controls well, playing through each stage can be frustrating due to the coloring and appearance of obstacles and platforms. It is not always clear whether something like a cloud is a platform or just part of the scenery. Water appears purple or green when it is hazardous, but these shades can look similar to the blue water that is safe to swim in. Spikes and similar dangers can look to be in the foreground but are actually in the background, and vice versa. Checkpoints are littered throughout each stage, and you quickly restart after dying, but when the game uses number of deaths to determine your ranking, being unable to distinguish between things that will and won’t kill you shouldn’t be so tough.

Giana Sisters: Twisted Dreams – Owltimate Edition is clearly the definitive version of a decent platformer, but there is a lot of missed potential here. The game certainly has style and substance, but the two aren’t properly balanced. The shorter, tighter stages of Super Mario World or Super Mario Bros. 3 are readily replayable and never drag on too long. Spreading out the 700 or so crystals of some stages across three or four more manageable stages would help the game feel fresher and more exciting. While the music is a highlight, it doesn’t always match the visuals on screen, and all in all, I find this title a hard one to recommend. If you’re blown away by the art style or the music, give Twisted Dreams a look, but otherwise look for your sweet dreams somewhere else.