A Case of Distrust (Switch) Review

A murder mystery in the palm of your hands.

A Case of Distrust is the second take on point-and-click adventures I’ve reviewed in as many weeks. A murder mystery set in Roaring Twenties San Francisco, you play as Phyllis Cadence Malone, a former detective turned private investigator, struggling for recognition in a “man’s job”. She finally thinks she’s got her big break when a suspected bootlegger comes to her with a job: investigate the threats on his life he’s received from “The Black Hand”. When he winds up dead, her case turns from investigating a prank to a serious murder mystery. Like a good murder mystery, the only reason I put it down was that I ran out of pages. 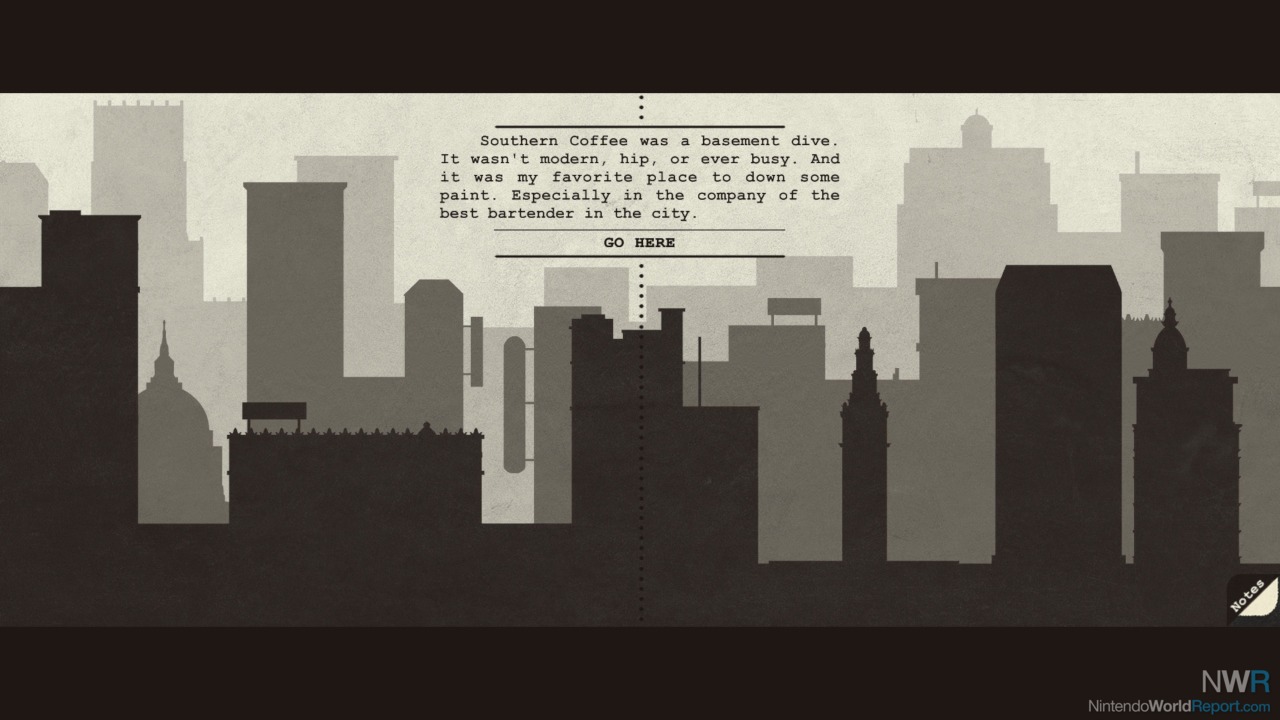 The city, awash in bootlegger liquor.

The game itself is fairly straightforward; you move from scene to scene, collecting evidence and interviewing suspects. Sometimes they give you vital testimony that unlocks new areas or identifies new persons of interest. Occasionally, they make a statement that you can contradict using either the evidence you collected or another suspect’s testimony. It’s a bit like a visual novel mixed with a point-and-click adventure. Exposing a lie yields more valuable testimony to leverage against other suspects.

Ultimately the goal is to find someone with the means, motive, and opportunity to kill our bootlegging client. There are definitely moments where it seems like I confronted nothing but dead-ends but I always eventually found my way through. Confronting a locked room mystery where all our suspects were allegedly trapped? Is it true that everyone really there? Was our murder weapon discovered miles away from the crime? The killer must have made their way to the place you found it. It can result in a lot of, thankfully skippable, taxi rides around San Francisco, but the solution is always in your notebook.

It’s all very well written. Considering almost all action is conveyed with text, and the game features many decisions as text prompts, the game captures the spirit of the 20s and creates a stable of mysterious characters in remarkably little time. As a weakness, there is a lot of “hey, remember the 20s” dialog in the game. The skippable taxi rides offer insights on things like Prohibition and The Black Sox Scandal. It’s good for world building, but it isn’t the kind of thing that people living in the moment would need to “educate” each other about. I’d also say that the game gives up the primary suspect fairly early in the mystery, early enough that I was sure it was a red herring. It’s a minor complaint, but it did keep me so focused on them that it killed a little of the mystery. That said, it’s still a brisk story and it saves some twists for the very end of its approximately 3 hour runtime.

There’s nothing I can say about the game’s style that won’t be better captured in video. The color-scheme silhouettes, bathing each setting it a distinct hue, is arresting. The characters’ faces each are comprised of only their outline and their most prominent facial features. Their rotoscoped animation and sparseness of detail actually allows them to be more expressive than far more detailed faces would be. 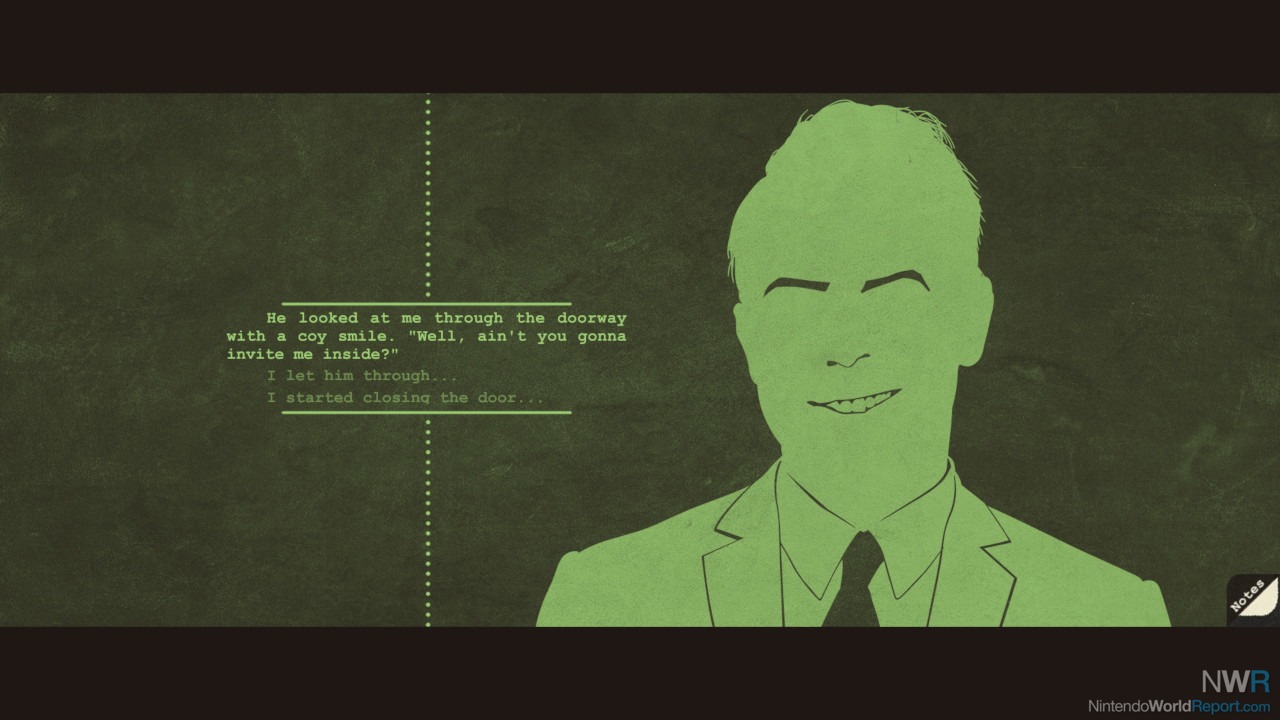 Look at this smug guy.

While far more colorful than any 30s or 40s detective film, the harsh lines and monochromatic style do hearken to the stark lighting of a black and white noir detective movie. The strong lines and solid colors even improve the point-and-click gameplay, making it easier to identify what can be searched for clues. It’s a great look, but it’s also the wrong decade; this game is set in 1924. That said, with a plot so intimately tied to bootlegging, Prohibition, and the rapid changes that accompanied the bubble economy of the years immediately following The Great War it would be impossible to set it in the appropriate decades for this style, and I’d rather have this slightly anachronistic style and story then a less interesting style that better matches 20s filmmaking or a murder plot set during The Great Depression.

A Case of Distrust is a really fun adventure game/visual novel. It has a solid, if telegraphed, mystery and a unique cast of characters. It succeeds in capturing Roaring Twenties San Francisco and the evolving social mores of the interwar period. Its style is captivating, and positively contributes to gameplay. This is a strong recommendation for anyone who loves a good murder mystery.

Video courtesy of NintenDaan YouTube. It was captured by Gerjet. Check out more of Daan and Gerjet's videos for direct capture of just about every game on Switch.