A masterful and beautiful experience with powerful visuals, transcendent audio, and challenging gameplay.

Hyper Light Drifter is beautiful, from its minimalist 2D art to its tremendous, moody Disasterpeace score. And that’s without getting to the thoughtfully intuitive yet unexplained gameplay and the varied, deeper-than-it-seems combat. Even through some moments of being a little too open-ended for its own good, Hyper Light Drifter is an enthralling experience packed with many secrets, much to do, and some welcome Switch-exclusive content.

To start, the titular Drifter is sick and ailing, thrown into the world to explore with minimal guidance. The only information you’re really given are basic controls and a loose direction of going in the four cardinal directions. A lot is just beneath the surface, with various hidden objects, be they modules that help progress the story and unlock new areas or gearbits that accumulate like currency to unlock more upgrades. My first hour or so was rife with confusion, as I wasn’t quite sure what things did or really what the best path was. Even in spite of that, I was hooked in, though a map that was more 1-to-1 in its representation of the world would have helped a lot. 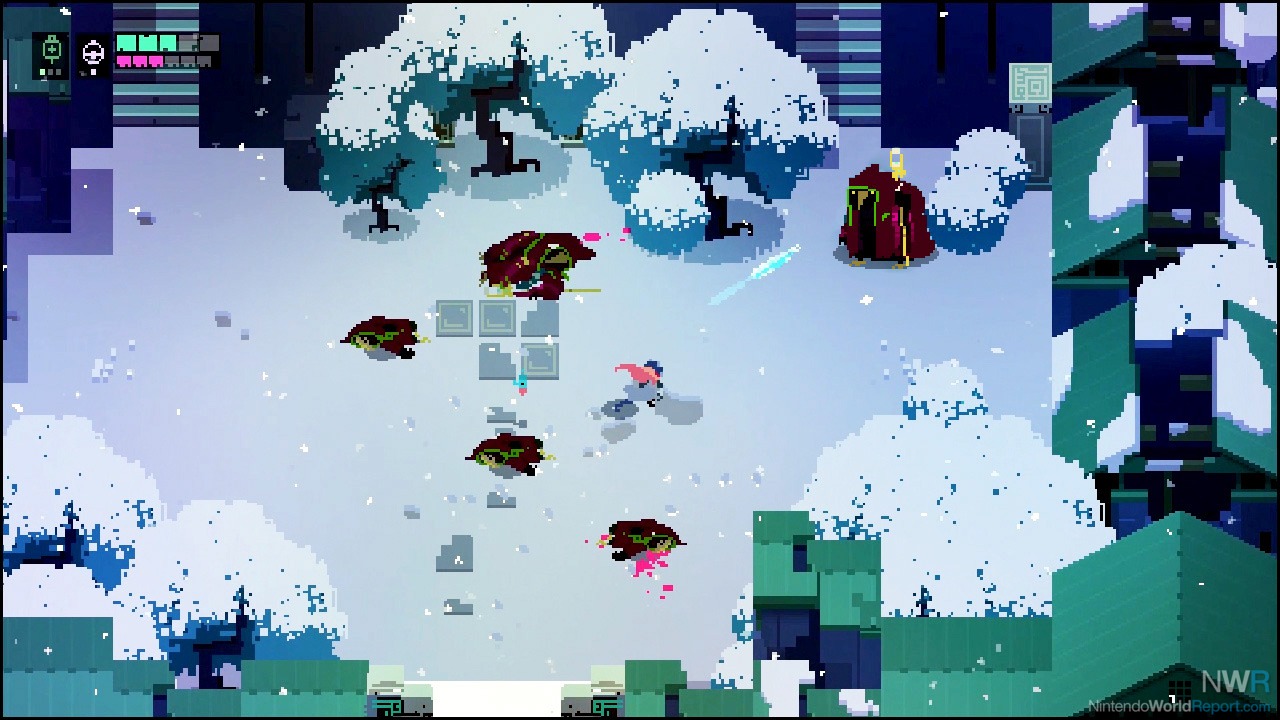 In general, a big part of Hyper Light Drifter’s appeal is the mystique. The story is not told in words but in images that are evocative and powerful. This world is filled with fallen civilizations, tough puzzles, brutal enemies, and vile bosses that offer a steep challenge. The way to conquer it is by better understanding combat and movement, as well as learning the language of the world and its areas to unlock more abilities and boosts. The structure makes it so you can attack north, east, south, and west at any point, and it was noticeable how the last direction I went to was a relative cakewalk, whereas my first one was hellaciously hard.

That challenge mixed with the open-ended nature of the structure might not be for everyone. I lean somewhere in the middle, and thankfully the Switch version adds in a few new elements that are good for those people not as on board with the occasional bouts of unclear direction. Tackling the Tower Climb challenge can unlock a new costume that makes finding secrets a little easier, while new weapons offer projectile blades and a freezing ability for more combat options. 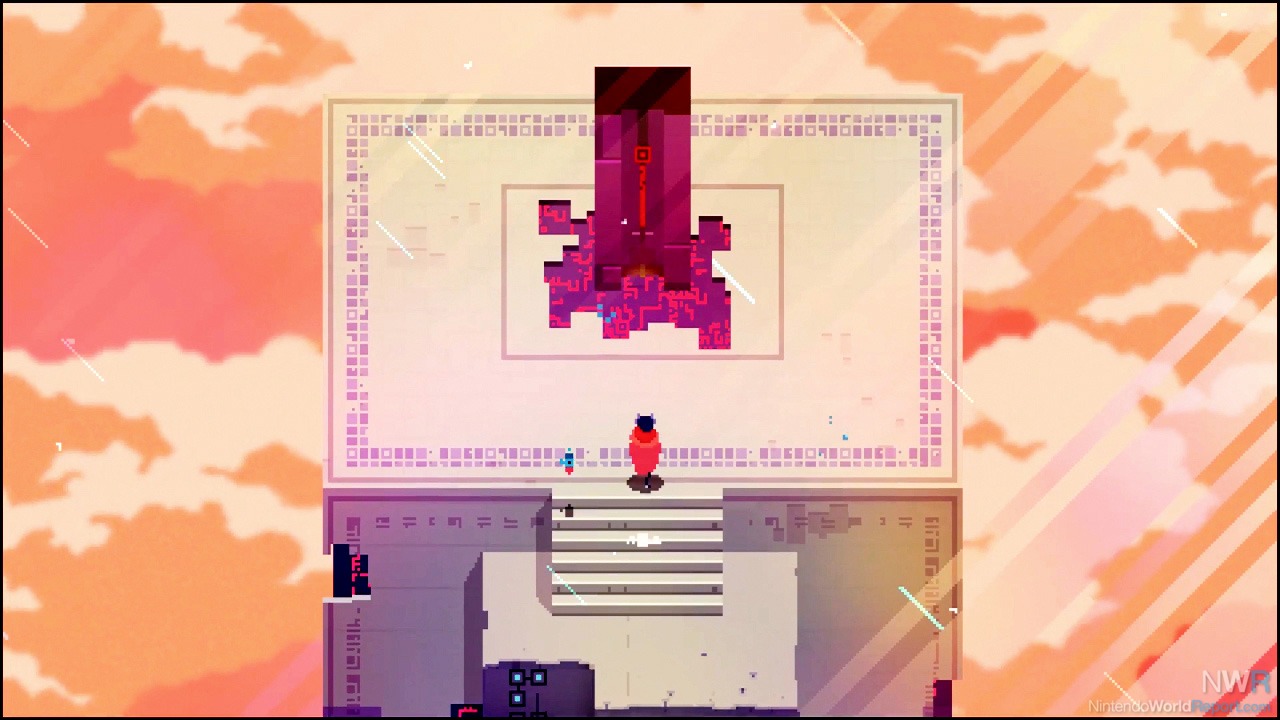 The combat is based around a complementary mixture of melee and ranged attacks. A sword is used for close range while a gun, at first a pistol but more guns can be found, hits at a distance. The ammo for the gun is refilled by attacking enemies and obstacles with the sword, so the two moves must be used in tandem for maximum effect. A dash ability is also key, and features some tricky timing to link dashes together in succession. When you can wrap your head around the combat and throw in some of the useful upgrades for the sword and dash, it opens up in beautiful ways. Unfortunately getting to the point is hard and battles can get brutal very fast. That just makes it all the sweeter when it clicks and you blaze through a room of enemies without taking damage.

Even upon the story’s seeming conclusion, much more can be found in this world and secrets are basically everywhere. Some of them are on the more obscure side, but with how elegant the visual and audio design is, it is a joy to go through this world. I’m not sure if I’ll go through the New Game Plus, Boss Rush, or uncover every mystery, but I will have a wonderful time attempting to do so.

While the difficulty and lack of hand holding might hold it back for some, Hyper Light Drifter is an alluring and contemplative 2D Zelda-esque experience. It’s so easy to get lost in this world and stumble upon new paths and items to make your exploration justified. Putting in the time to learn the intricacies of this mysterious game is worthwhile because when Hyper Light Drifter all comes together, it’s poetic and brilliant.