A beautiful and challenging puzzler. 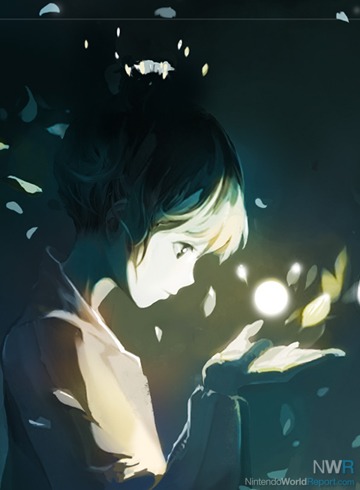 Flood of Light is a beautifully made 2D platform puzzler by indienova that strikes the perfect balance of being a relaxing experience mixed with challenging trials. The game takes a simple concept and runs with it in a variety of ways, increasing in difficulty the farther you go, while slowly revealing the story behind the mysterious protagonist.

The first thing that immediately hits you about Flood of Light is its serene aesthetic. The game takes place in the flooded Hope City. Once a high-tech metropolis, the city was entirely consumed by water and abandoned. Throughout, you travel through the grey and melancholy cityscape, with artistic pops of color to break up the background. The main character, a small girl known as The Guide, is tiny compared to the large areas she explores. 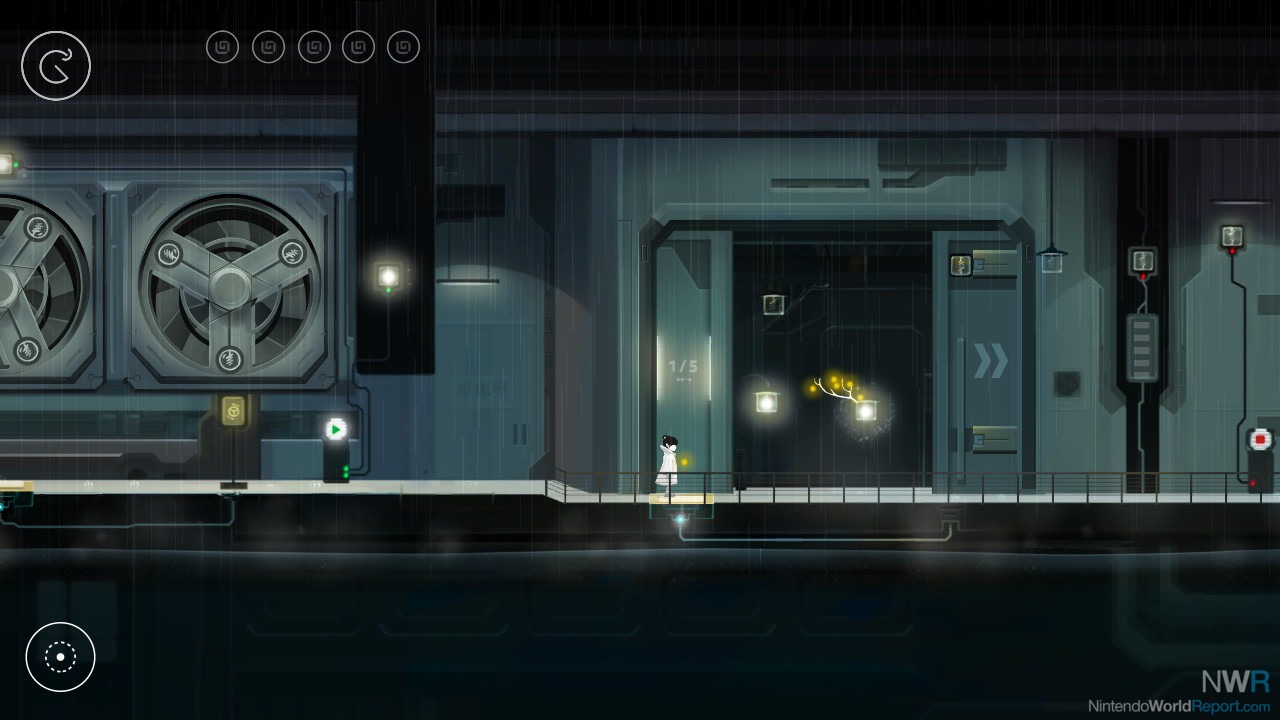 This dark ambiance is actually perfect for highlighting the purpose: to solve light-based puzzles. There are no environmental distractions and the light itself creates soft glows that add to the overall visuals.

The Guide possesses the supernatural ability to control light. She can both pull light from a lamp and store it by her side as a floating orb, or move light across different points around her. Players can hold onto an infinite amount of light orbs, but when transferring it to a lamp, all orbs move at once, so it’s important to plan your movements carefully. Light can be daisy chained to multiple lamps in one move, leaving one orb in each lamp the group passes through until there are none left. This is a great way to reach a switch or trigger that is well out of The Guide’s reach. However, light can’t pass back through a lamp that’s already lit, or be pulled back to The Guide if she’s not in range. 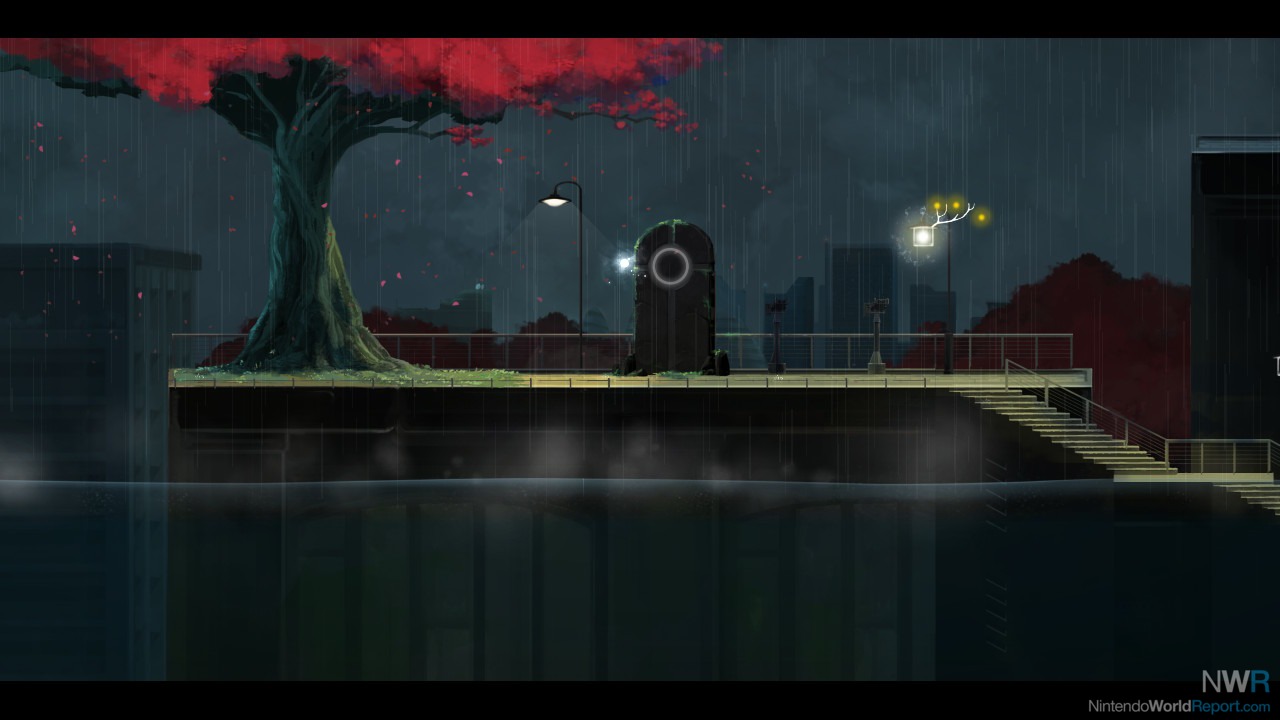 It’s a bit tricky to visualize without playing the game, but it creates an interesting challenge that holds up throughout the levels as new elements like elevators, switches, and a different type of light are introduced. To progress, players usually need to activate special monoliths that can lower the water level. You need to work your way down to locate eight pillars of light that will save the city.

The story is slowly revealed through emails on various computers and by the optimistic robots that were left behind. For having such an apocalyptic past, these robots are a cheerful bunch that sees The Guide as their prophesized savior. Unfortunately the game hits a problem here as the text and dialogue is rife with grammatical and spelling errors. It’s easy enough to piece together what’s going on, but it’s a strange problem for a game that is otherwise so clean and well thought out. 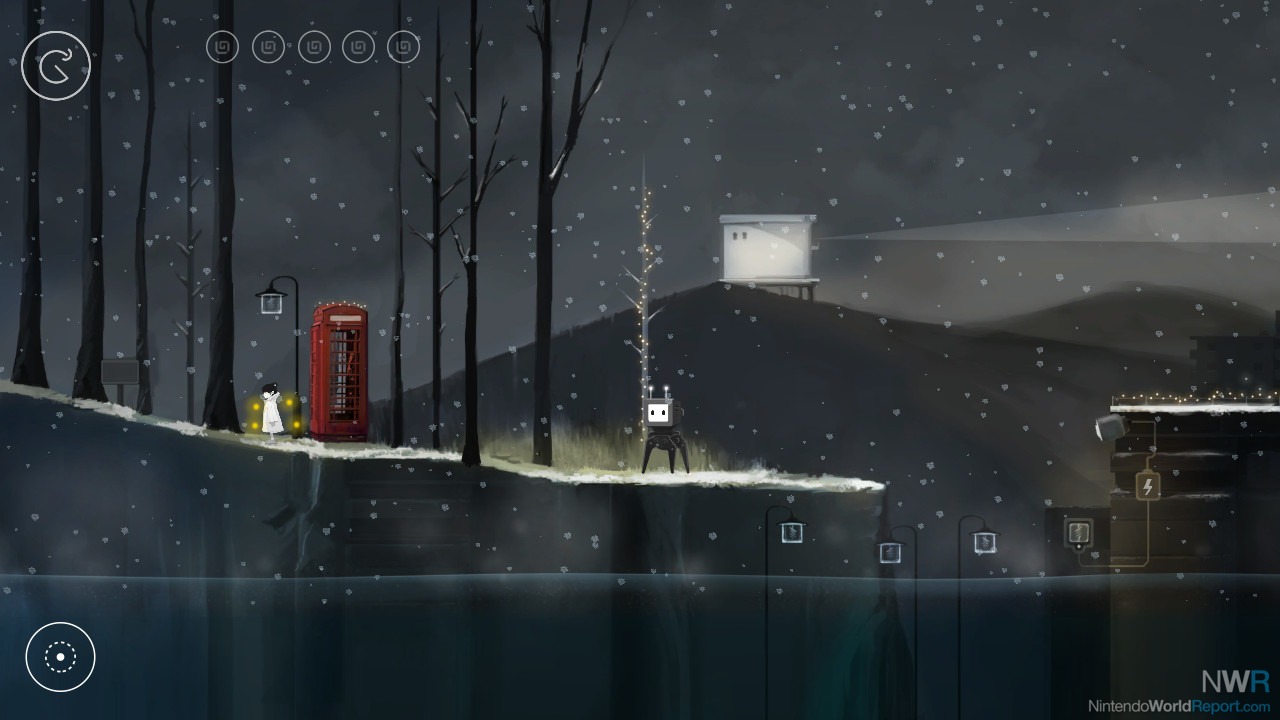 The ambling pace makes for a relaxing experience. Each level is just the right length to give you a challenge without become boring, and it’s easy to pick up and play from where you left off. Each section of a level has a save point that you can restart from at any time. This is especially important as it’s possible to use up your light in the wrong way and get stuck. There are also extra challenges for completionists. Lighting special “wick” lamps throughout the game unlocks the true ending, but it will use up precious light that would make other areas a little easier, so there’s no room for error. It’s also possible to earn a coveted S rank for each level by restricting the amount of moves you use to only those that are absolutely necessary.

Flood of Light is a solid puzzler that brings a sense of calm and beauty to the genre. Its ambient piano music, accompanied by the constant rainfall surrounding the city, creates a relaxing atmosphere. While touchscreen use is possible, this game is best enjoyed as a handheld game as it’s easy to switch between controls and feel the light use of the Switch’s HD rumble. The mechanics are explained and demonstrated very clearly to get players started, but it’s important to think outside the box as the puzzles increase in difficulty. It’s easy to feel frustrated for a while on a certain area, but once you strike on the solution, the game feels wonderfully satisfying.