You are the VideoKid – a Marty McFly clone in an alternate reality of the ‘80s, where the idea of Netflix existed but instead of them leveraging the postal service, they deployed VHS delivery boys to toss them into mailboxes at your home. You must do so while avoiding your fever dream hallucinations of iconic cartoons, kid show characters, action movie and TV stars, and absurdly aggressive cars and motorcyclists and reach the end where Jessica is waiting for you. Who’s Jessica? Presumably your girlfriend, but who cares! It’s a flimsily constructed motif to justify you traveling through the chaos and throwing tapes to your heart’s content. 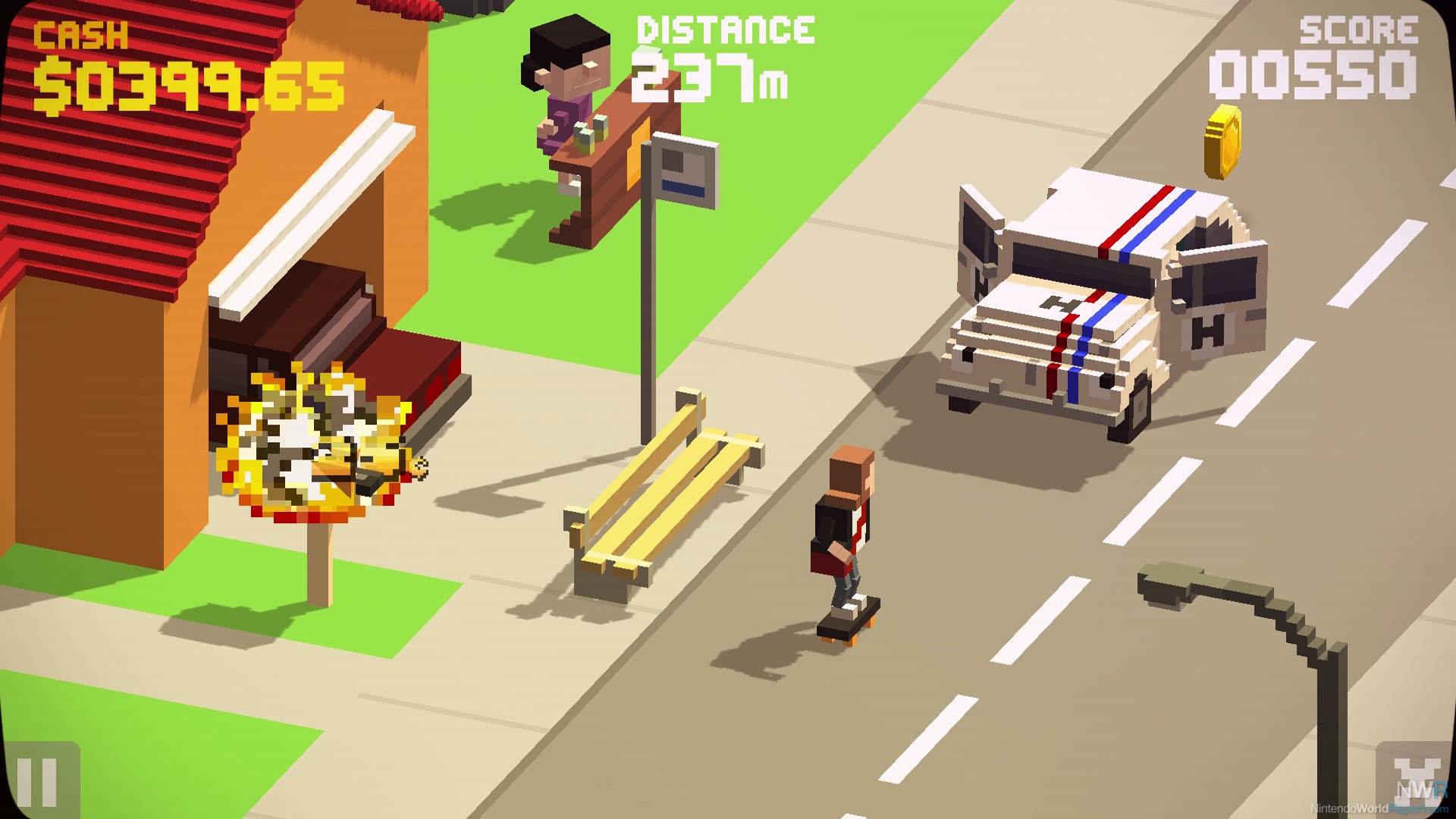 The VideoKid is aggressively aping classic arcade and console staple Paperboy. Cosmetic changes are the biggest twist, with a switch to a voxel style for the world, characters, and vehicles. The cast of characters are blocky, dumb, and all make noises that loosely resemble something recognizable to them. It’s silly and pandering, if funny, especially when you’re whipping Alvin & The Chipmunks with tapes to interrupt their singing as they fall down like bowling pins, Lucy at her psychiatry stand, or hitting Homer’s car parked outside their house so the car jack falls down on him. With coins you collect from the level during each run, you can buy cosmetic changes to the character model inspired by those same ‘80s references. It comes across as perfunctory, but does invite an attempt to slide through tighter obstacles and reach the currency for an extra challenge.

Functionally, the borrowed formula has a few changes to liven it up. Where there was free-movement horizontally in Paperboy, you are restricted to three specific lanes as you careen forward - hitting left, right, or jump to dodge obstacles. While restricting at first, this setup made the game much easier to detect whether I would dodge in time and left less question as to if I got enough clearance. What took me more by surprise is how long the one (yes one) level in the game is. It is a marathon of obstacles, with ones that have no tell or hint, and turns it into an experience of rote memorization of those areas. It graduates in difficulty throughout to where I found myself getting increasingly aggravated at how many times the level blindsides you, no telegraphing or forewarning of where to dodge. 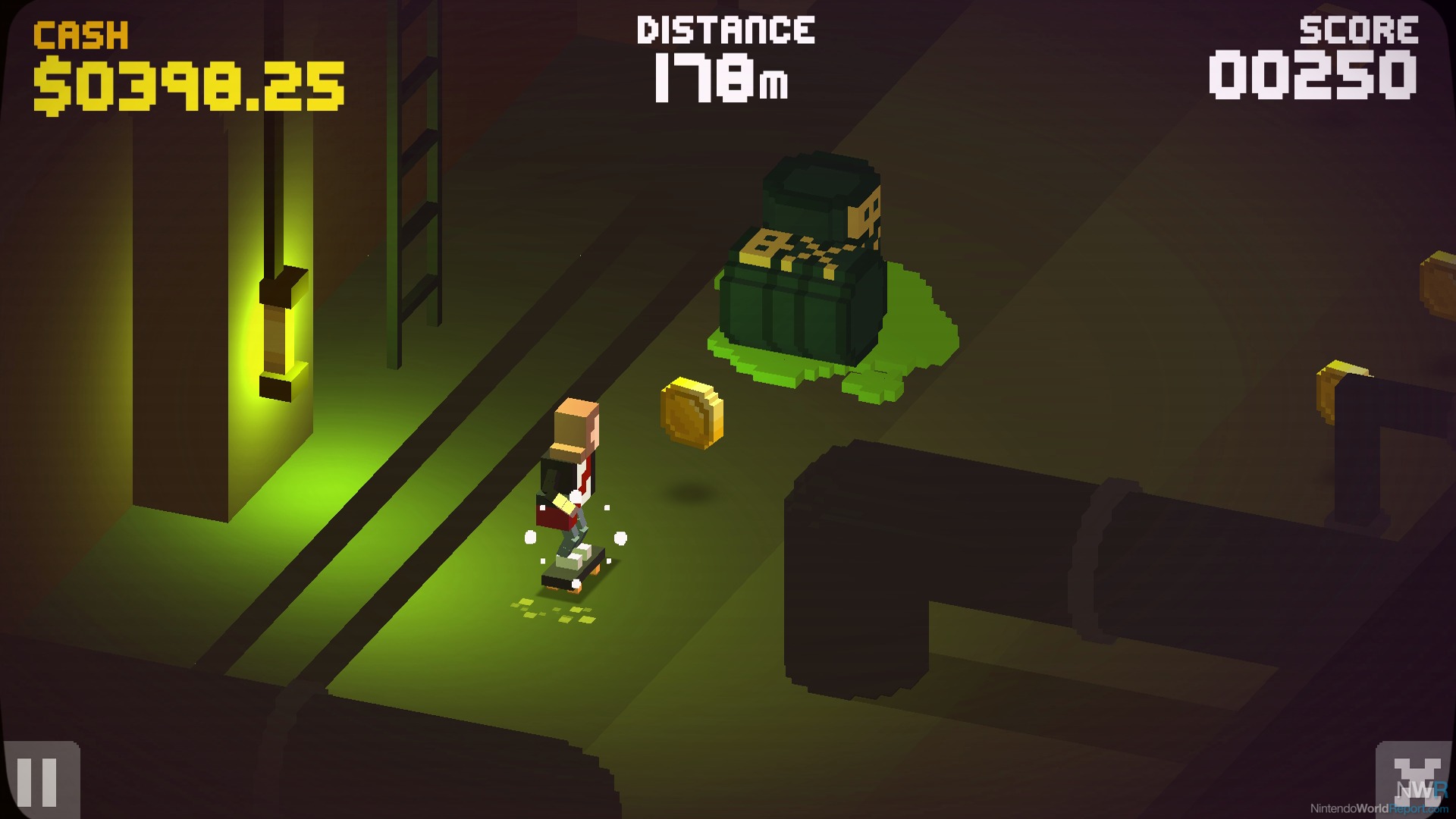 I persevered and beat the level in five days of off and on play, and rather than it turning me away, the frustration compelled me to respond with “just another run” to do better. The VideoKid is a short visit, not an extended vacation, into a quirky nostalgia-packed arcade run. I enjoyed my brief stay, but for you it might depend on your fondness for The California Raisins or The Thundercats.