Morphie’s Law, a new team-based shooter sporting a Day of the Dead theme has arrived on the Switch. However, unlike normal shooters, the object isn’t to simply kill the other team, but to shoot at different parts of their body to steal their mass. The concept sounds interesting, right? Well it turns out that not all cool ideas can end up being winners, and some just simply end up being just okay. 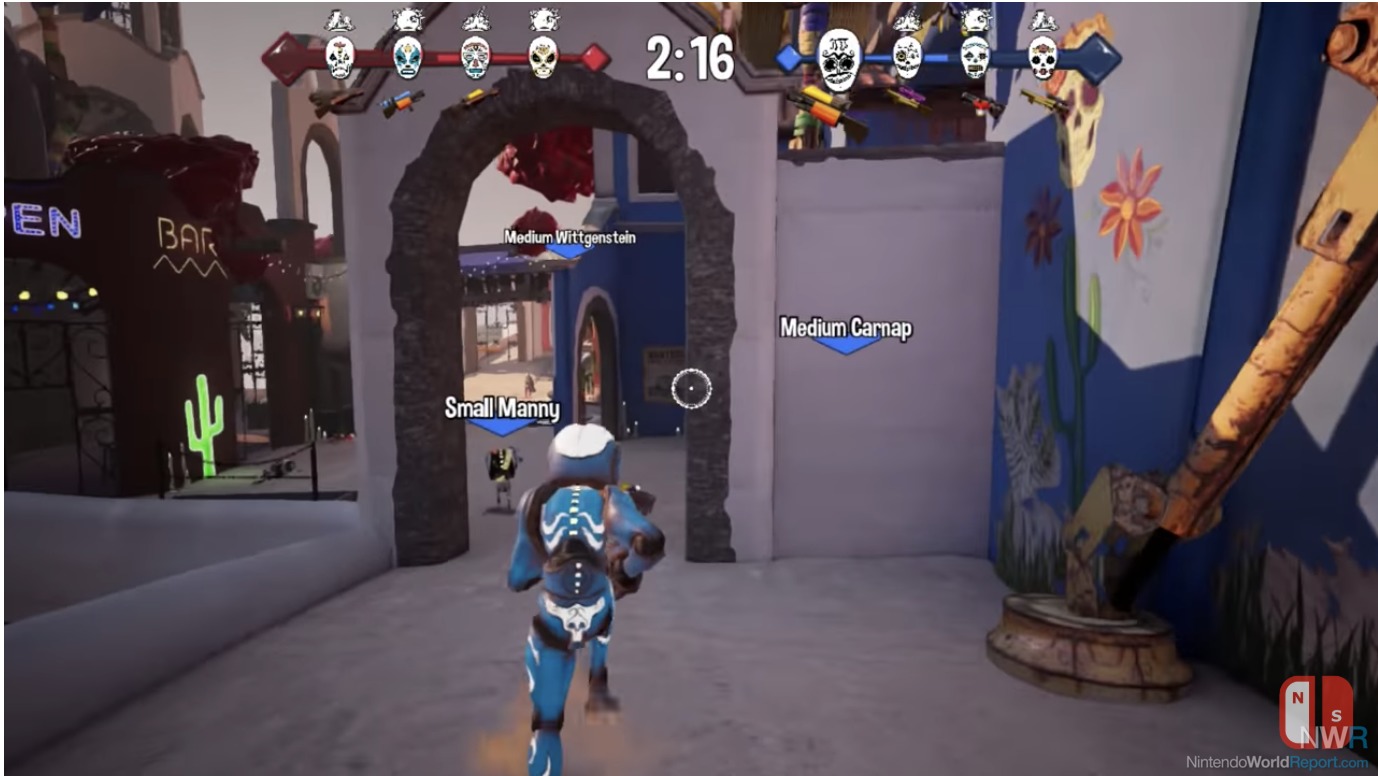 After a small (and optional) tutorial, the player can immediately get thrown into the mix with any of the three main modes. The rules of “Morph Match” are simple: steal mass from the other team to make your team’s avatar grow to be bigger than the other teams. “Head Hunt” has your team trying to find your Avatar’s head somewhere on the map and returning it to the body.

“Mass Heist” is my favorite mode, and its rules are a little more complex than the others. In this mode, the player must deactivate the other teams’ avatar shield by standing on giant switch buttons, and then stealing mass right from the big Avatar itself. After accumulating mass from it, the player must make their way back to a moving altar and deposit it - with the team with the most stolen mass at the end winning.

If you like customization, this game has ample fun ways to make your Morphie unique. Using currency collected from playing matches, the player has the option to buy various face and body parts as well as emotes to decorate their Morphie in a surprisingly detailed avatar designer. Sometimes you can unlock pinatas that give you three random items, which you can also buy. I had fun making my Morphie look ridiculous, and this was definitely a highlight of my experience. The only problem I faced was that actually obtaining currency takes a while to do, so be prepared to play a lot of matches to unlock stuff. 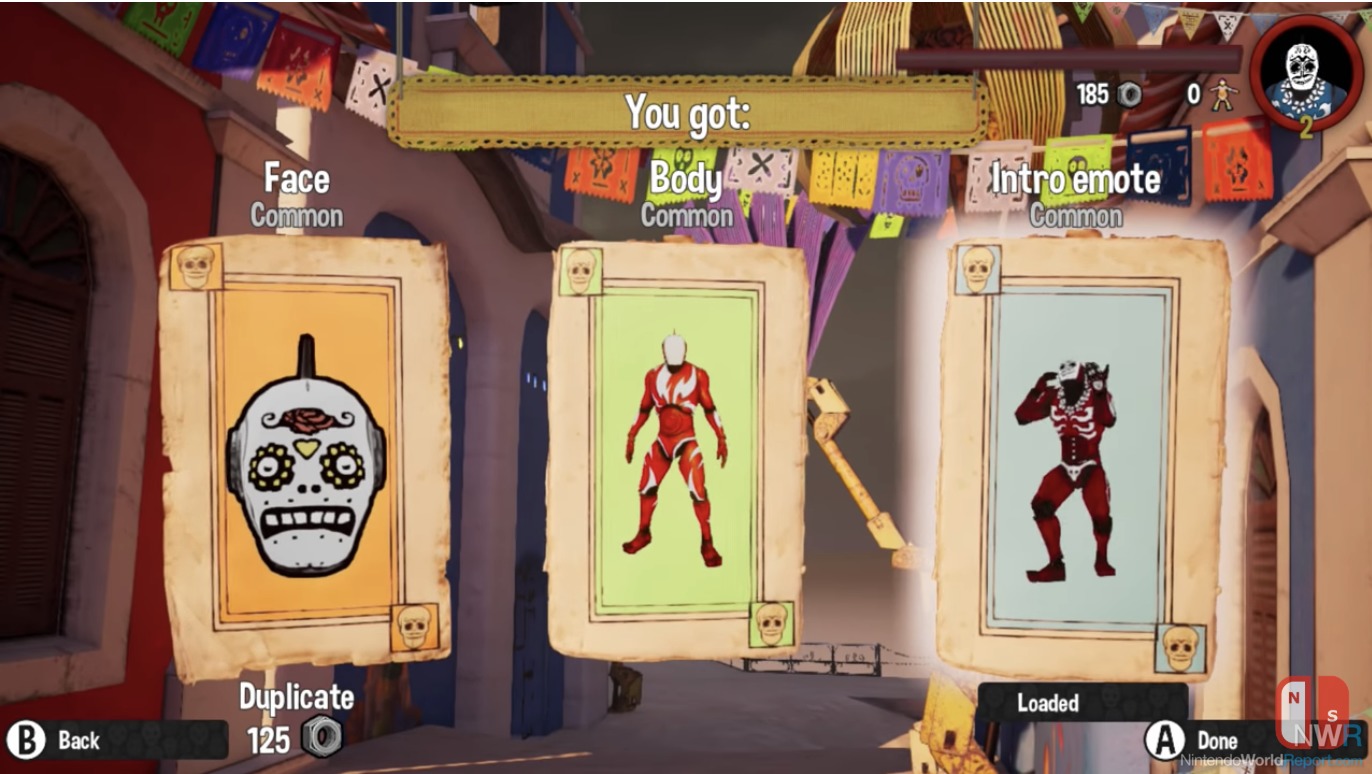 The look and feel is fantastic, really keeping to the ever-popular Day of the Dead theme quite nicely. Only four different maps are available, but fortunately they are all pleasant to look at. The sunset in Fan Antonio is truly beautiful, with shadows creeping throughout the colorful town. Maztec Temple is a constantly changing map featuring rotating parts, while Morphie Saloon is a brightly lit village full of buildings that sink when players stand on them. Last but not least, Tank Town is literally carried by the team’s gigantic Avatars. The hook of this map is that when the Avatars get bigger, the whole town teeters to one side. Unfortunately the game does run at the promised 60(ish) frames per second, meaning it is smooth 85 percent of the time with shaky stutters here and there.

But while the levels are very pretty, the practical design of the layout combined with the gameplay doesn’t work as well as you think it should, and can make the already shaky gameplay even shakier. Many times while playing I’d get blown away by a gigantic fan, sometimes either into spikes above me or just right off of the map. While obviously part of the design, this never felt like a fun addition to the gameplay. Because of the generally fast-paced nature, the effects of the stage hazards seemed be inconsistent - fitting in with the rest of the overall loose and just plain unsatisfying gameplay. 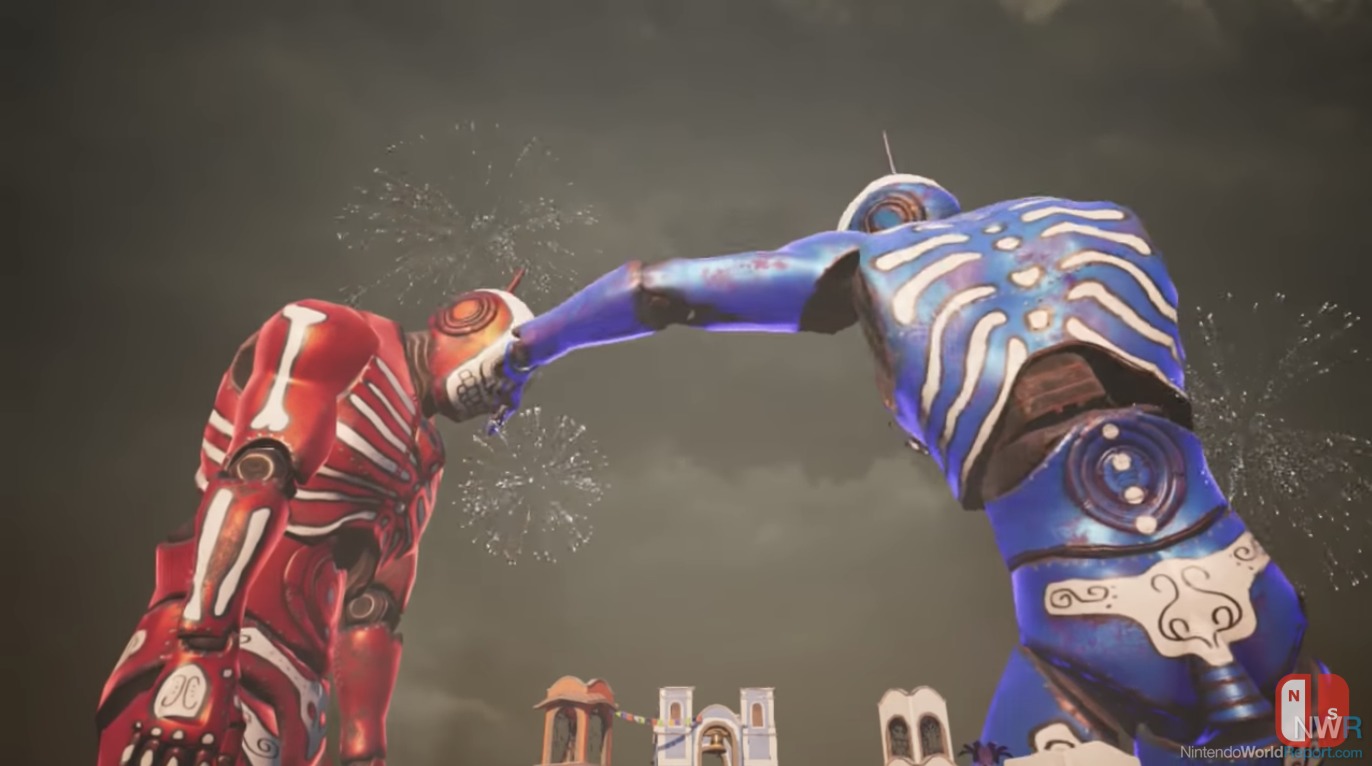 Which is really where the main problem I had with Morphie’s Law lies - moving, shooting and jumping just doesn’t feel great most of the time. Being a third-person shooter, this is definitely a major issue. Running around with your Morphie (while very humorous looking) is almost too quick for its own good. Sticking to the main hook of stealing mass, one of the features has the player shooting the other team’s legs to make their own legs bigger, thus letting you jump higher. Again, this concept sounds good on paper, but in execution the frantic moving combined with rapid shooting just doesn’t work, and usually isn’t even encouraged in gameplay. Jumping is also combined with a jet pack, that can be a very fun tool in traversing the map, but can be easily butchered with online lag that leads to an unexpected death - while also making the mass-stealing leg-growing mechanic pretty much useless.

Shooting is the worst offender here, unfortunately. Unlike most shooters, Morphie’s Law doesn’t feature an aimed-down sight to help have more precise aiming. All of your shooting is from the hip, which in and of itself is not bad. What is unsettling is that hitting the other players isn’t satisfying in the least. Most of the time I couldn’t even tell if I was hitting my target - while subsequently not knowing if I was being shot at. Many times the skirmishes I encountered during gameplay usually ended up with me dying almost instantly, without any warning that someone was shooting me from the side or behind. 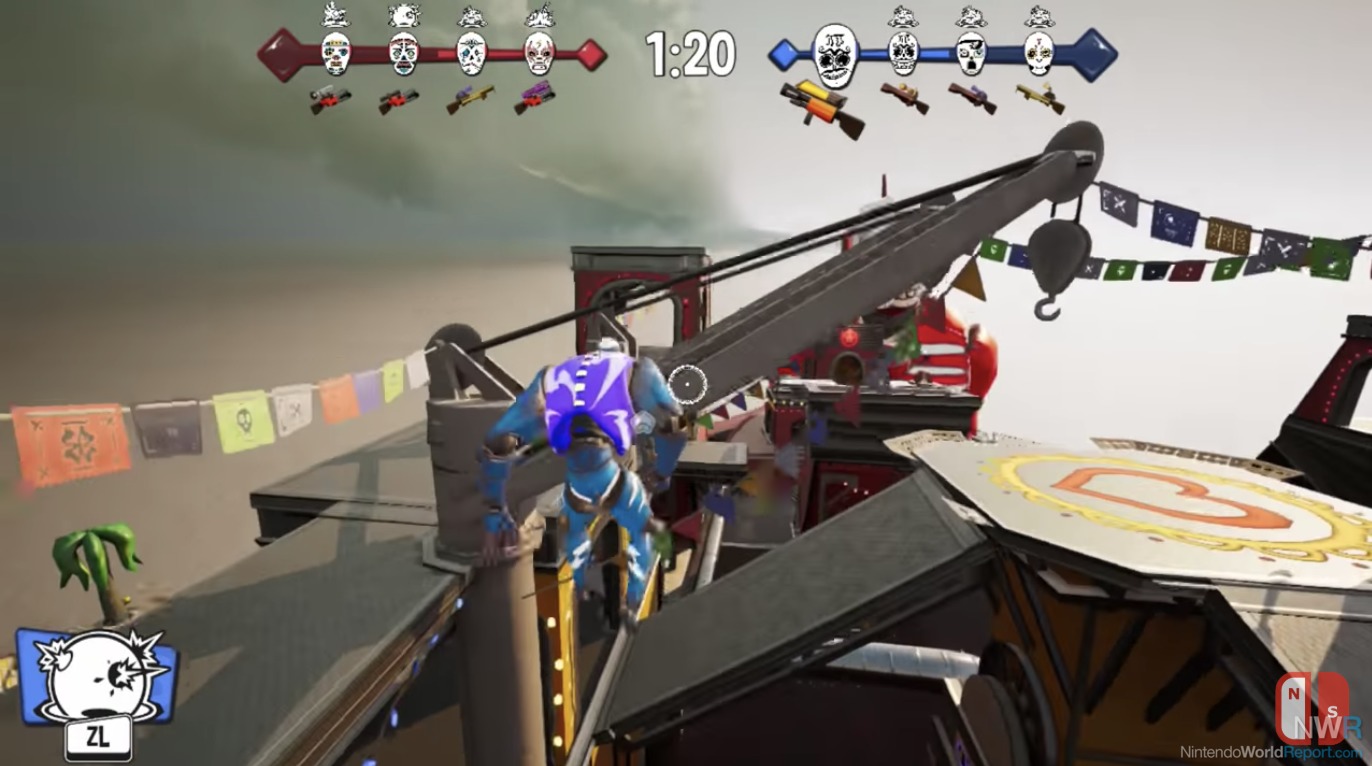 All in all, I just didn’t really have fun playing Morphie’s Law, which is a real shame. The great amount of detail that went into the design and aesthetic is phenomenal, with beautiful visuals and a killer soundtrack to boot. Unfortunately the gameplay just doesn’t live up to the rest, and even the premise doesn’t ever really feel more than a novelty. A future update could potentially fix a lot of these issues, but as it stands I have a hard time recommending Morphie’s Law.

This review bums me out. I had high hopes in this being good or at least fun. I still want to pick this up, I've been curious about it for too long.

Same, Shyguy.  Pretty disappointed.  I won't be getting it - how the shooting/movement feels and health of online system are two pretty important things in a game like this to me.  It sounds like neither might be in great shape in this case.