At face value, The Messenger seems straightforward. This action platformer from Sabotage Studio wears its old-school Ninja Gaiden influence on its sleeve, and the first few hours take you on a linear, story-driven quest that follows a similar arc as those Tecmo classics. But The Messenger doesn’t stop there; it keeps going and going. After much time spent with one graphical style, a 16-bit-inspired presentation is introduced. At the close of that, you have to revisit old areas, now feeling a lot newer thanks to a new map and twists. The Messenger barely even stumbles over the course of this masterful and smart adventure.

The firm foundation stems from the movement of your ninja hero. So much of everything here is based around the idea of cloudstepping, in which when you attack an enemy, projectile, or object, you earn an extra jump. That repeats as long as you can hit enemies, projectiles, or objects. With practice, you can basically dance across the screen and the level design constantly allows you chances to experiment in safe spaces and risk it all across punishing chasms. The movement increases in variety and complexity as you find new items and it just gets more and more rewarding and fun. All of this factors into every facet, as boss battles often hinge around finding your preferred method of cloudstepping to nimbly beat a foe. The deeper into the game you go, the more creative and inventive uses of these movement mechanics crop up. It’s a continual impressive trajectory that is an absolute blast to experience.

Along that path is a stiff challenge, though checkpoints are frequent and the punishment for failure is more mocking than severe. At each death, you spawn back with a goblin named Quarble who hangs around to suck up any of the game’s currency for a while. No shards are lost, but you can’t gain anymore briefly. It limits the ability to die and grind for the money needed for upgrades, which help boost health and attack power among other buffs. Also, Quarble will totally bag on you for dying each and every time, which is a shining example of The Messenger’s stellar meta writing that finely walks the line between being hysterical and too much. 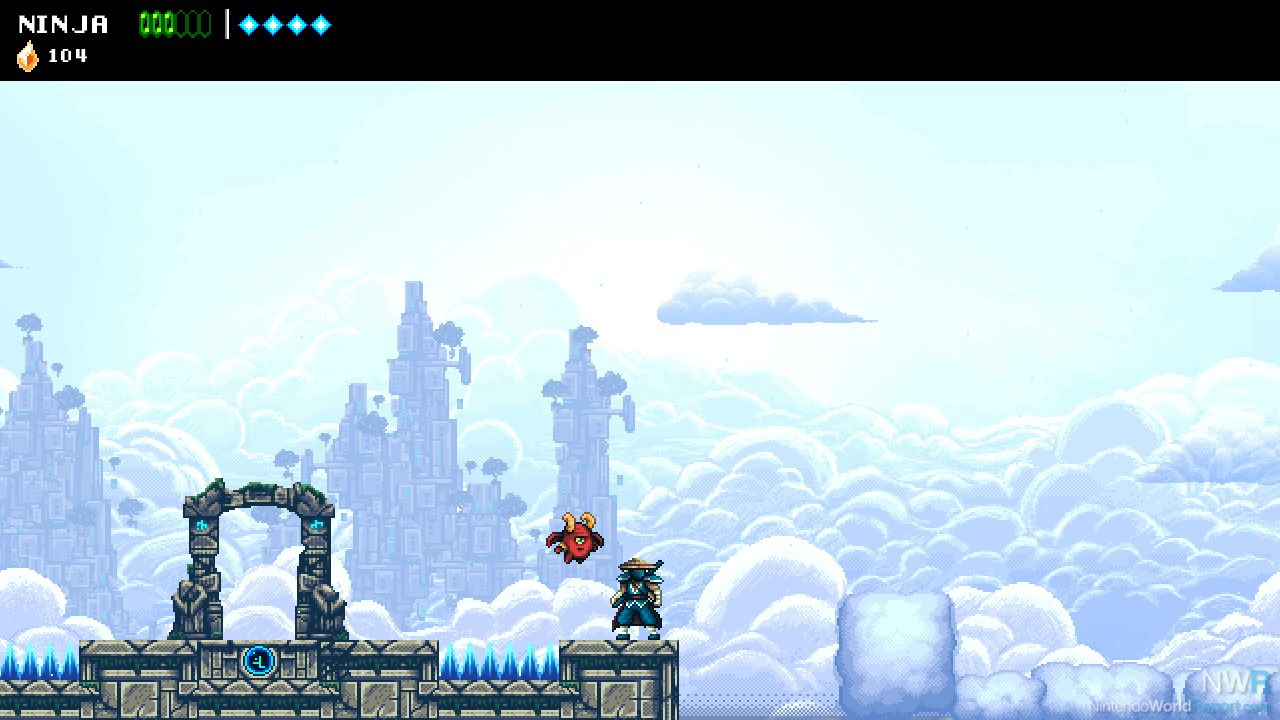 The best example of the writing is found in the Shopkeeper, who you will regularly visit at checkpoints for upgrades and flavor text. The Shopkeeper is legitimately funny, even more so if you dive into the stories he can optionally tell you. A lot of his jokes poke at gaming tropes in a way that is exceedingly clever. While the undercurrent through the whole game is jokey, the story has its serious moments, as you are a ninja trying to fight off the demons attacking his village and world. While the gameplay is the central focus, the story is amusing and engaging enough to not drag the experience down.

As a raw, linear experience, The Messenger is a great ride with a challenging but fair difficulty progression, well-crafted levels, and pitch-perfect controls. Then you reach the end, or so you might think and all the areas you previously romped through become a Metroid-esque series of interconnected labyrinths with ample secrets, brand new areas, and more trials and tribulations. A mild sense of deja vu sometimes creeps up while re-traversing areas, but thanks to the swiftness of the movement and the added areas, the backtracking rarely feels overburdened. It was a joy to seek out new areas and uncover puzzles. The very fabric of what The Messenger was up to this turning point completely changes. It effortlessly transforms from, essentially, a traditional Castlevania experience to a post-Symphony of the Night Castlevania game on a dime. And it’s amazing. 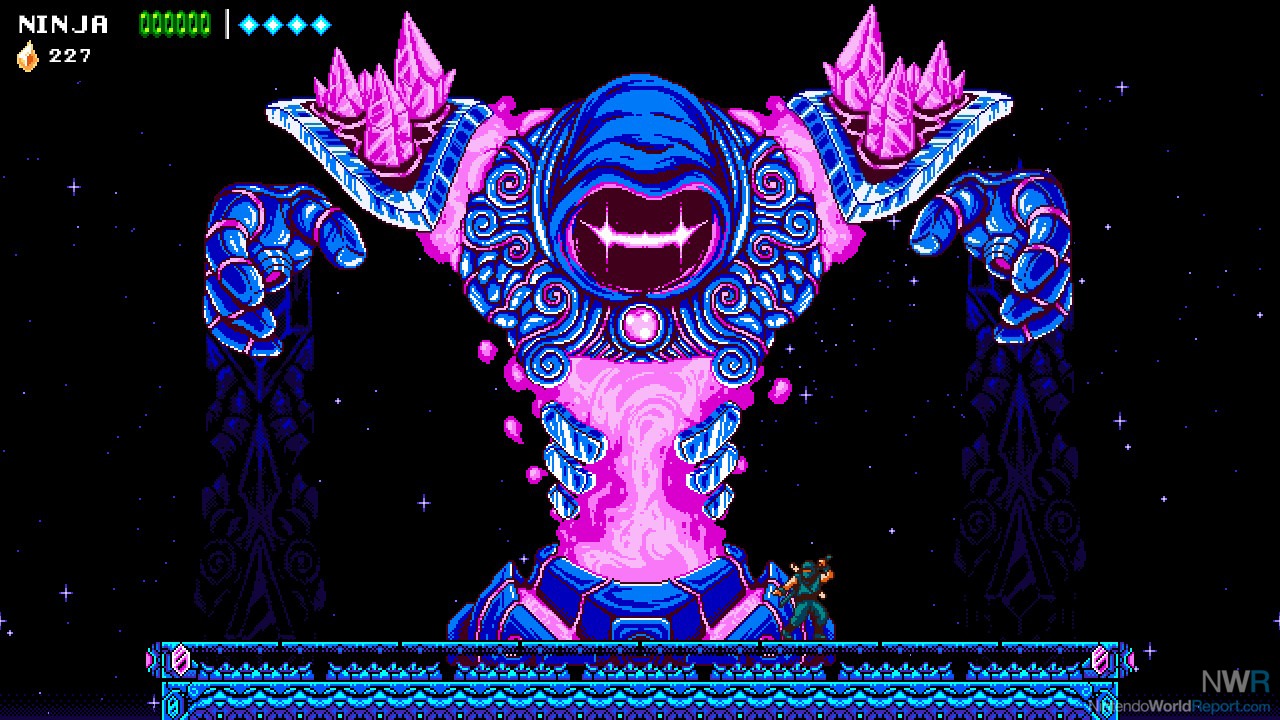 The Messenger is a lengthier experience, too. My run to completion took over 10 hours, though I imagine someone less focused on collectibles could knock it out under 10 and someone seeking out 100% could cruise past 15 hours. Truth be told, I didn’t want it to end because exploring this world is so much fun. The constant string of surprises, which never really lets up along your journey, is an absolute delight.

I’m almost at a loss for wrapping up this review of The Messenger. This is just a immensely well-made game that has a rock-solid foundation with the hero’s movements and controls. On top of that, it layers on an onslaught of laudatory elements, whether it’s a winning, humorous tone, the excellent linear level design, or the marvels of the late-game exploration. When I first sat down with The Messenger, I thought it’d be hard for it to live up to my brilliant, childhood memories of Ninja Gaiden on NES. It didn’t just meet those expectations, it annihilated them. The Messenger is a straight-up brilliant addition to the Switch and if you have any affinity for platformers of nearly any shape or size, go play it right this second.