Will you discover the secrets of Asposia?

Meet Robert, a naïve and relatively clueless apprentice to Conroy, the leader of Asposia. Brainwashed by his master, Robert can easily ignore the tyranny of Conroy, who has an entire people filled with fear of the dreaded Basylians. With the Basylians’ ruthless reputation for turning sinners to stone, Asposia is a population easily controlled… until one day, Robert encounters Laura. 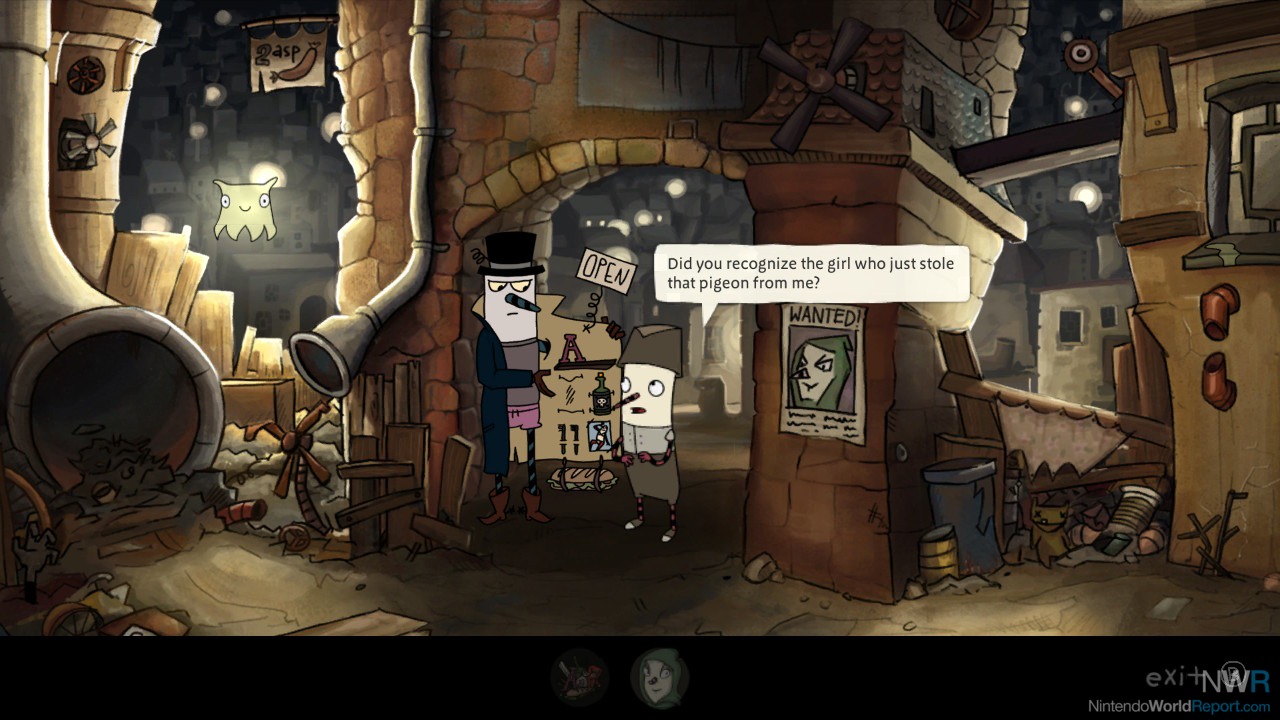 The Inner World follows Robert the “flute nosed” Asposian as he goes on a journey through Asposia to discover who he truly is and thereby learn the truth about Conroy’s rule. With charming artwork and lovely sound design, this game is a point and click puzzle adventure that falls short of the mark.

The story itself is a bit like an adult cartoon, with mild innuendos and frequent attempts at humor. But because of the plot’s reliance on political and religious allegory, the humor falls short, leaving much to be desired. Robert does have quite a silly way of looking at the world around him, which gleans the odd chuckle, but overall the dialogue is flat, and side characters’ banter felt forced. And Robert’s odd flute-like nose becomes essential to the story, making for one of the strangest plot twists I’ve ever encountered. Who knew playing the nose flute would be such an important skill?

The actual gameplay is what you’d expect from the genre. Explore your surroundings and decide how best to use the objects you find. The solutions, while fairly amusing and clever, are needlessly convoluted. The game’s hint system is very thorough, which allows you to use as much help or as little as you like. I only wish that the puzzles had been easier to figure out without any hints.

Each area is full of items and people with whom you can interact. Using L and R, you can switch between them. I was pretty disappointed that L and R are used in place of touch controls. Using buttons to go between all the different items you have to choose from made the job of investigating highly tedious. Especially in the later parts, there are so many things to go through, and touch controls would have made it way more fun to interact with the world.

Overall, while this game has a unique charm and an interesting world, the gameplay failed to make it a fond experience. For big fans of the genre, this might be worth picking up for a few hours’ entertainment, but it’s definitely not for everyone.

I self-identify as a fan of the point-and-click genre, so I'm pretty interested in picking this up. I'll set my expectations to stun of course, but I remember blundering through the Touch Detective games on the Nintendo DS and having positive experiences with them despite finding them weird and clunky and not very intuitive at all...

I will say though, that to hear this doesn't support touch controls, and that the existing control scheme is so regimented, IS quite surprising.