Kero Blaster might not be Cave Story 2, but it’s still a neat game from Pixel.

Kero Blaster holds a notable place in the world of indie gaming as it is Daisuke “Pixel” Amaya’s follow-up to the oft-ported Cave Story. This side-scrolling platformer originally came out in 2014, but is now making its Nintendo debut on Switch. While Cave Story is a bigger, bolder adventure, Kero Blaster’s artful simplicity makes it a nice, quick romp with enough depth lingering beyond the retro graphic sheen to make it interesting and worthwhile. 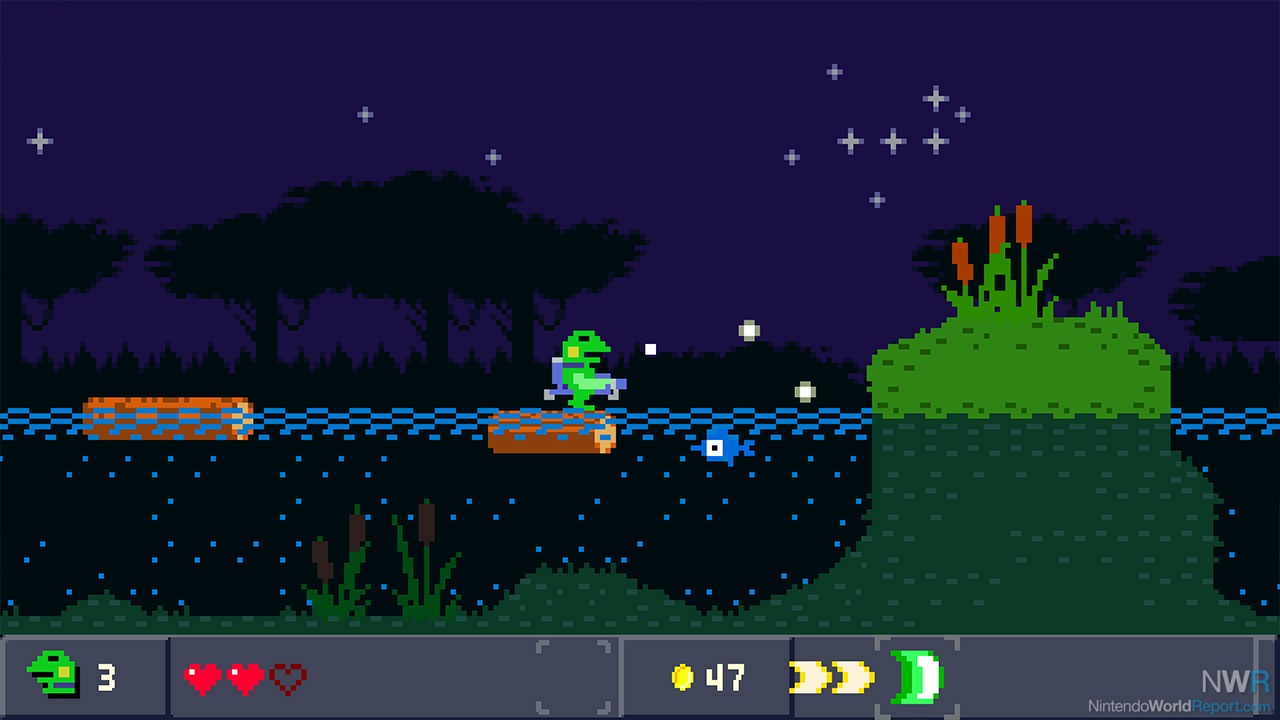 The stage-based game puts you in control of a frog custodian who gets deployed by the Cat & Frog company to different areas to clean up messes. A loose story plays out between levels, but it’s mostly jokey, self-aware humor that isn’t totally necessary. All you need to know is this frog can run and gun through the levels with a useful array of weaponry. At first, all there is a pea shooter, but after each early level, another weapon is added, eventually adding up to a wave gun, a bubble shooter, and a flamethrower. They all have different benefits and drawbacks and can also be upgraded to more powerful and useful forms. What I enjoyed most about the arsenal is that none of them felt useless. They all had their place in different environments and settings.

The controls and gunplay are very reminiscent of Cave Story, which is a game with an exemplary feel to it. Controlling the frog here just feels as it should and the late-game addition of a second jump courtesy of a jet pack opens up the movement even more. The way this game adds on weapons and abilities over the course of its story ensures it always stays fresh even in its brevity. 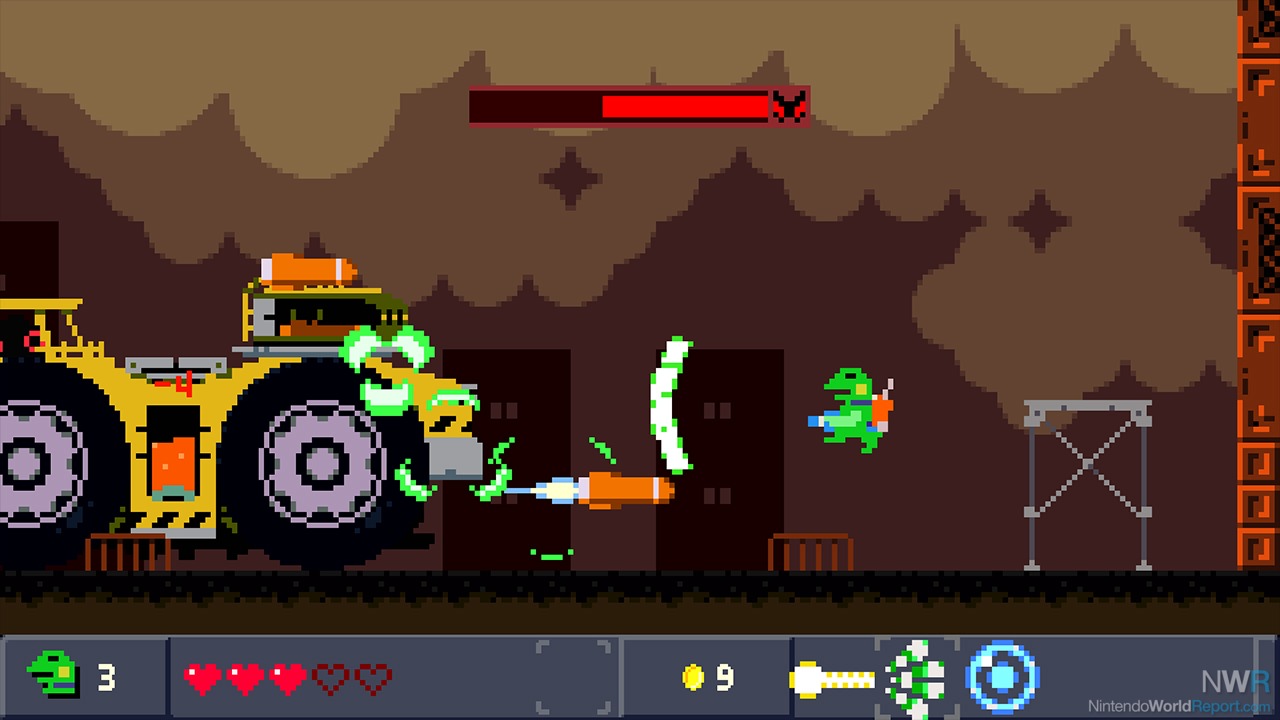 And before you know it, the 2-3 hour main campaign is done. It’s filled with fun-to-fight bosses and some clever segments that make use of the different guns in novel ways. And that, by itself, would be a neat little game. However, Kero Blaster has two other modes to unlock: a harder remixed mode and an even harder version of the regular campaign. While the same basic structure is upheld, the remixed mode feels substantially unique.

Kero Blaster is lighter fare, but the well-thought-out weapon balancing and fine-tuned platforming make it an amusing little journey. If you crave more gameplay and challenge, harder modes await, but even if you were to just play through the short initial story, Kero Blaster is still a game worth checking out.