A superb local multiplayer game that doesn’t really do much else.

Treadnauts is a single-screen local multiplayer-focused game where you control tanks trying to blow up enemies with a wide variety of rulesets and modifiers. Four players can take up arms to control their colored tank and under the right circumstances, boisterous fun can be had with wacky moments, hilarious goofs, and tense finishes. However, once you peel the multiplayer away, Treadnauts is threadbare. I like what’s here, but it is only worth tooling around with in the perfect setting.

A quick tutorial is helpful for laying down the basics and the controls nicely adapt to a single Joy-Con. You move with the analog stick, jump with one button, and fire with either a face or shoulder button. The tank can also slide down hills - useful for quick getaways. The way your tank jumps can be unpredictable, even more so because you flip over when you jump and a follow-up shot can propel the tank further in the air. This all makes for chaotic skimirishes that at first are hard to sort out but with a dedicated group can become magical and fierce. 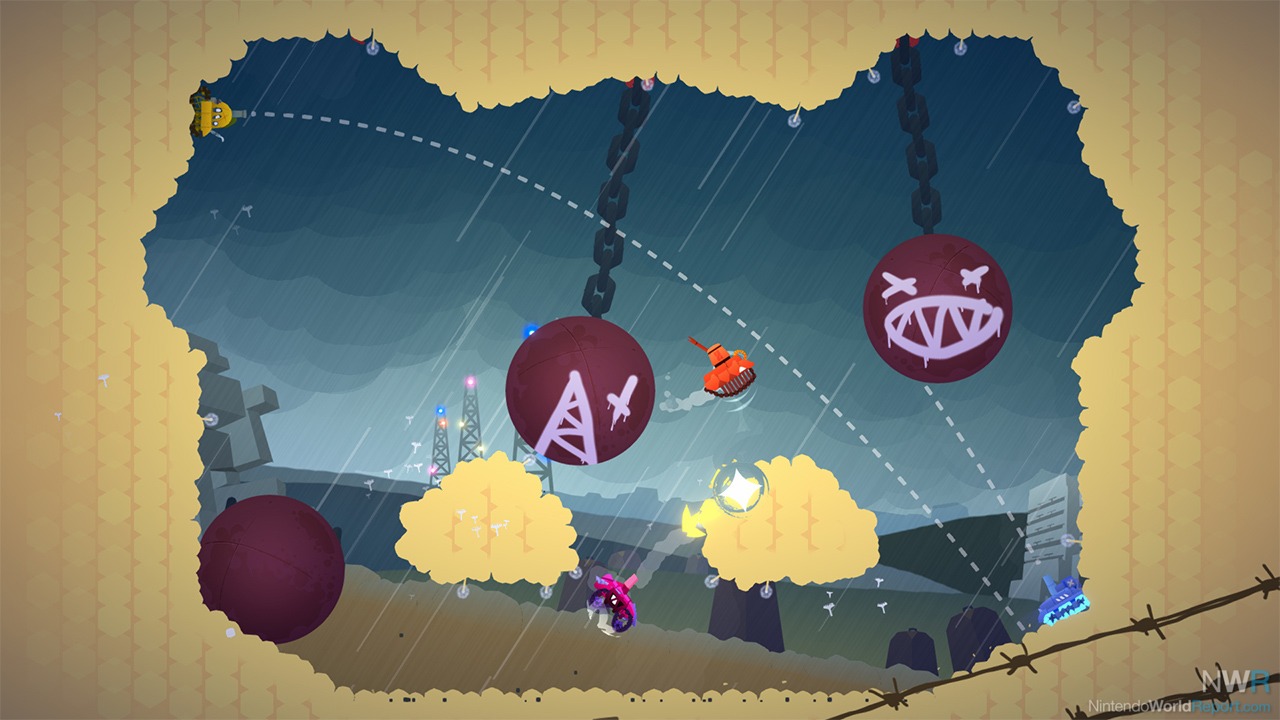 Aside from the local multi, Treadnauts doesn’t have much else. A Target Test mode is the only purely solo experience, but that skews a little too difficult. Nailing a medal-earning time is thrilling, but it requires immense mastery of the stage. Nearly no room for error exists here and if you don’t earn medals, Target Test offers little progression.

The multiplayer can be played with bots and thankfully, the AI is great and customizable in a way similar to Smash Bros. Some UI quirks hold it back, like for example, I’m almost positive you have to add in computer players before adding yourself in. It’s very poorly communicated. I spent most of my time with this game playing the computers and it was satisfying albeit best in short bursts. Experience for a level progression system is gained just by playing, which unlocks new stages, characters, and rule modifiers. 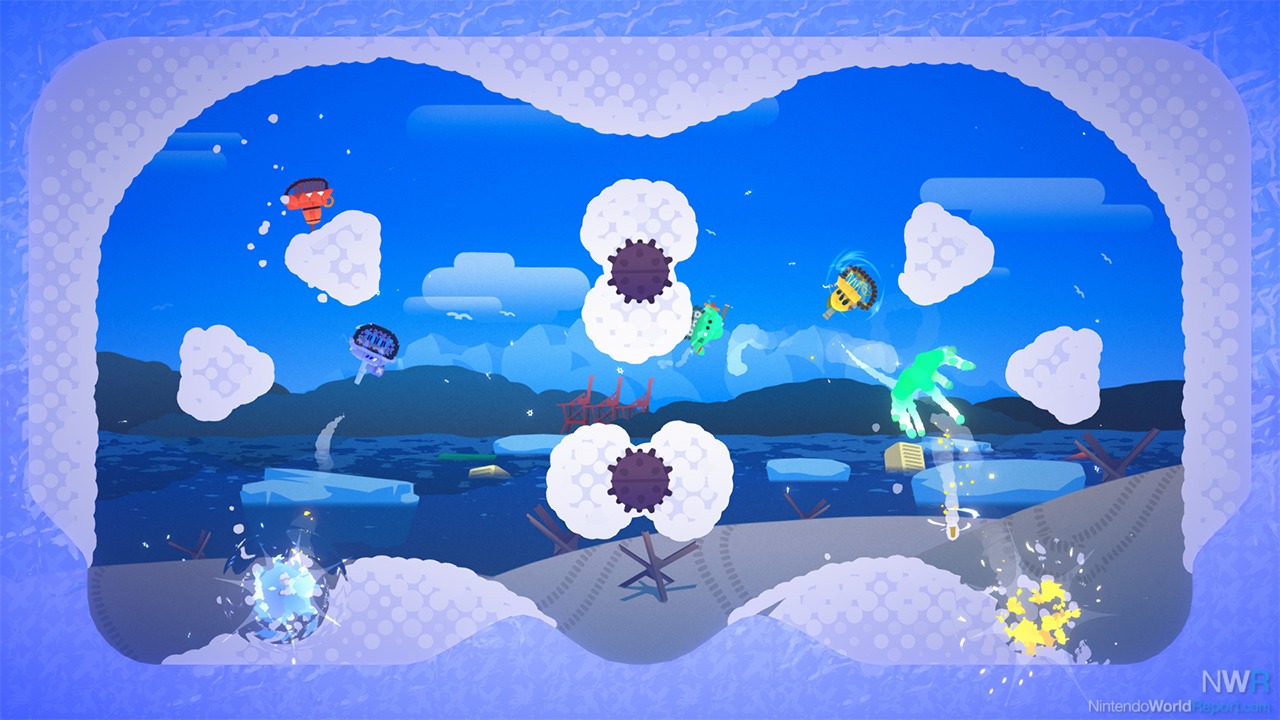 While part of me doesn’t like that so much is gated when you start, it’s exciting to get access to new things and helps the game not be immediately overwhelming with options. Several default rulesets show off different ways to play and it’s very easy to pick through the options to make your own rules. Standard goals are there, like most kills and last tank standing, but the tiny tweaks can change a lot about your strategy. You can have unlimited jumps or just one. You can slow down movement and bullet speed for a more precise experience or add in items such as air strikes and lasers for added insanity. While sometimes the modifiers can be combined to create utter, borderline-unplayable nonsense, it’s always a fun time regardless.

Treadnauts has a lot to like about it, but the narrow focus on local multiplayer makes it a bit of a one-trick pony. On one hand, sitting down with three others to play is a blast, but on the other, it wears thin by yourself and doesn’t offer anything other than a harder-skewing time-trial target shooting mode. Get this one for your next party, but maybe don’t get it when you’re home alone.