This game is amazing...when you're actually playing it.

I was surprised to learn that Iconoclasts, a Metroidvania-like 2D platformer, has been out since late January on PS4 and Windows (but not Xbox One?) because I don’t remember anyone talking about it. This is a game that absolutely deserves to be talked about, heralded from on high as something you need to experience. It is breathtakingly gorgeous, maybe one of the prettiest 2D sprite-based platformers I’ve ever played. The gameplay is similarly sublime, with excellent environmental puzzles and impressive boss battles. However, there’s a big caveat that I did not expect: the story. In particular, how the story is told.

Iconoclasts puts you in the role of Robin, a spunky blonde mechanic. She and her fellow citizens live under the thumb of the One Concern, a religious organization that controls the planet’s lifeblood--Ivory. Ivory is a white gelatinous substance that seems to power all the machines on the planet (and be used for more nefarious purposes). The One Concern is, as the game begins, attempting to wipe out another religious society, the Isi, who’s found its own source of Ivory. Robin gets on the One Concern’s bad side when it’s discovered that she’s a mechanic, which is apparently a job reserved for One Concern tradespeople. At any rate, she quickly befriends an Isi girl and rescues a white-haired boy who claims to hold a high position in the One Concern church.

Got all that? Good, because you’re gonna hear more about it in a minute. 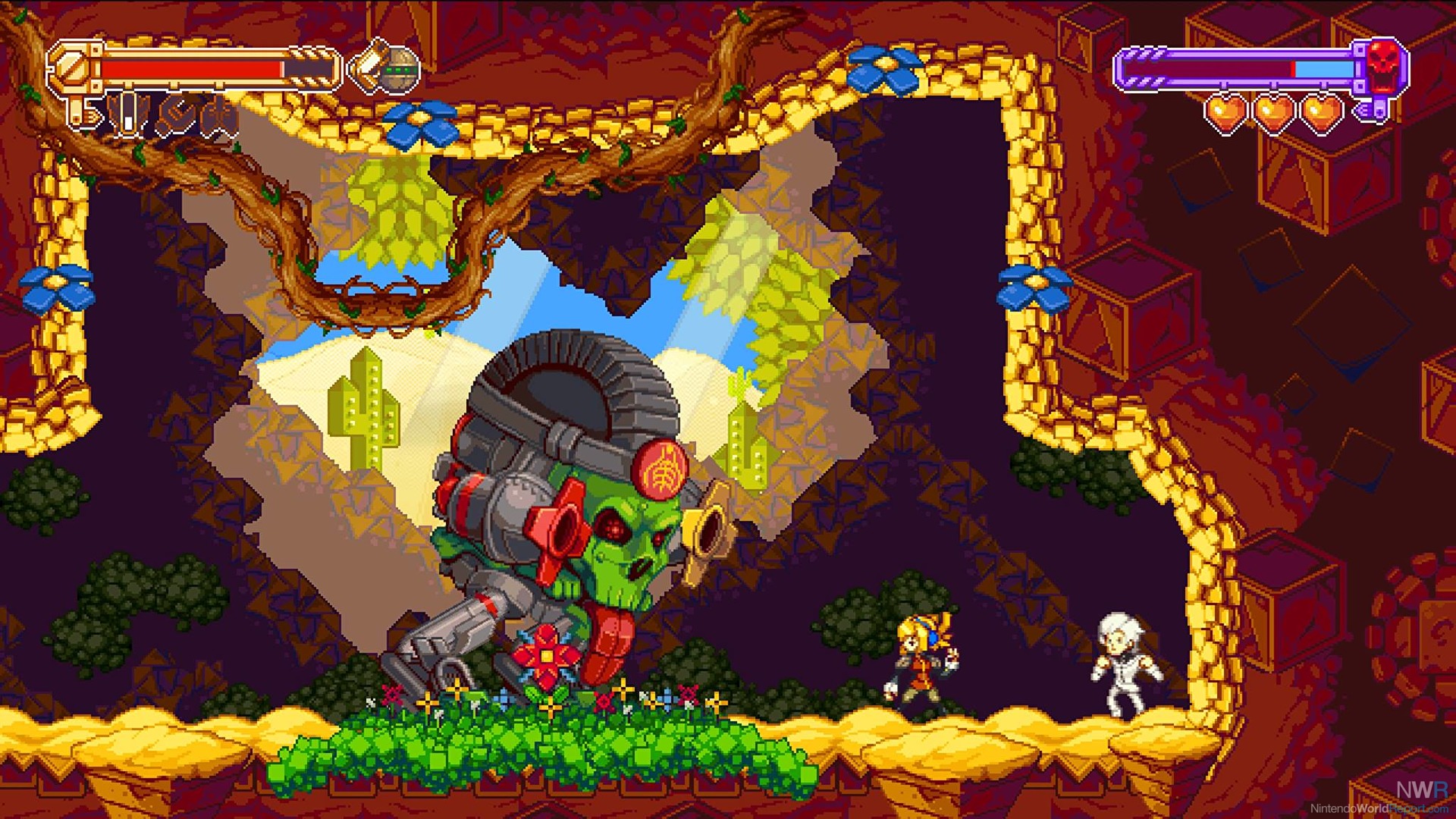 Robin responsively runs around, shooting enemies and using her giant wrench to open doors or vault to high platforms. At first, she’s only equipped with a low-power energy blaster, but as the game goes on she finds a couple more weapons and upgraded wrenches. Various enemies need to be dealt with in specific ways. The minute-to-minute gameplay of Iconoclasts is fantastic, and the environmental puzzles become increasingly complex. The game’s main collectible is chests filled with materials. Where a Metroid game would have missile expansions or energy tanks, Iconoclasts has Ivory Oil, Improvium, and Technium. You can use these materials at craft tables to build “Tweaks.”

Tweaks give you passive bonuses, like being able to stay underwater a little longer or run a little faster. You can equip three Tweaks at a time, but as Robin gets hurt, they’ll become “damaged” until she picks up some sparkly things won from defeating enemies or destroying little statues strewn around the environment. The game’s structure is more traditionally level-based than something like Metroid or Symphony of the Night, but within each level there are chests and Tweak recipes abound. A few Tweaks are won from completing errand-like subquests for people, and those tend to be the most useful (double-jump!).

I was most impressed with the boss battles, virtually all of which require strategic thinking and (usually) a unique method of engagement. One of the best in the whole thing is a late-game fight with Agent Black, basically a One Concern enforcer, who just refuses to give up. It’s a brilliant battle that ties directly into Black’s story and, to some extent, the overall narrative.

But oh, that narrative.

The game’s story is interesting and complex, filled with memorable characters and worldbuilding. Unfortunately, it is incredibly intrusive. One minute you’re jumping around, shooting enemies and solving puzzles, and the next you’re reading what seems like a novella of backstory and character dialogues. It’s not simply that these story sequences go on way too long--because they do--but that they crop up so damn often during the first, oh, 75% of the game. You will learn to love some characters (Mina) and you’ll want to strangle others (Elro), but in both cases you will want them to shut their pie holes and let you get on with playing the game. I expect this kind of interruptive long-form storytelling in Metal Gear Solid, but not a 2D action platformer. You can SKIP the story sequences, but the story really is quite good (if a little ham-fisted at times), but I just wish there was way less of it.

Apart from my problems with the story, Iconoclasts is virtually flawless. Presentation-wise, Konjak is dangerously close to beating WayForward at their own game. I’m weirdly in love with the sound effects that accompany jumping and landing. While the musical score isn’t quite up to virt standards, a few of the tracks present real earworms. I wish there were a few more movement upgrades or weapons, but I was constantly impressed by how many new uses I found for what I had.

Iconoclasts is one of the biggest surprises of the year. Despite occasionally suffering through the story sequences, I found that I couldn’t stop playing (it’s about 10 hours long). I can’t recommend the game highly enough--go play it.