Muddledash may lack solo play, but if you’ve got a group, there’s legs for days.

Have you ever wanted to attend an octopus birthday party? Frankly, I never did until I played Muddledash on Switch. Right from the get-go, it’s charming and simple, with a fun and goofy look, sound, and feel. Bright pastels, upbeat jams, and loosely swinging tentacles abound. But, above all, this is a party game. Seriously, you can’t play it alone.

Sadly, no AI bots are available to play against and you cannot play Muddledash online. If this bothers you, be forewarned. That being said, I haven’t had more fun playing a bonkers party game with friends like this in a long, long time. If you intend to ever play video games with people who enjoy simple mechanics, clear competition, and clean, pure fun – this game is for you. 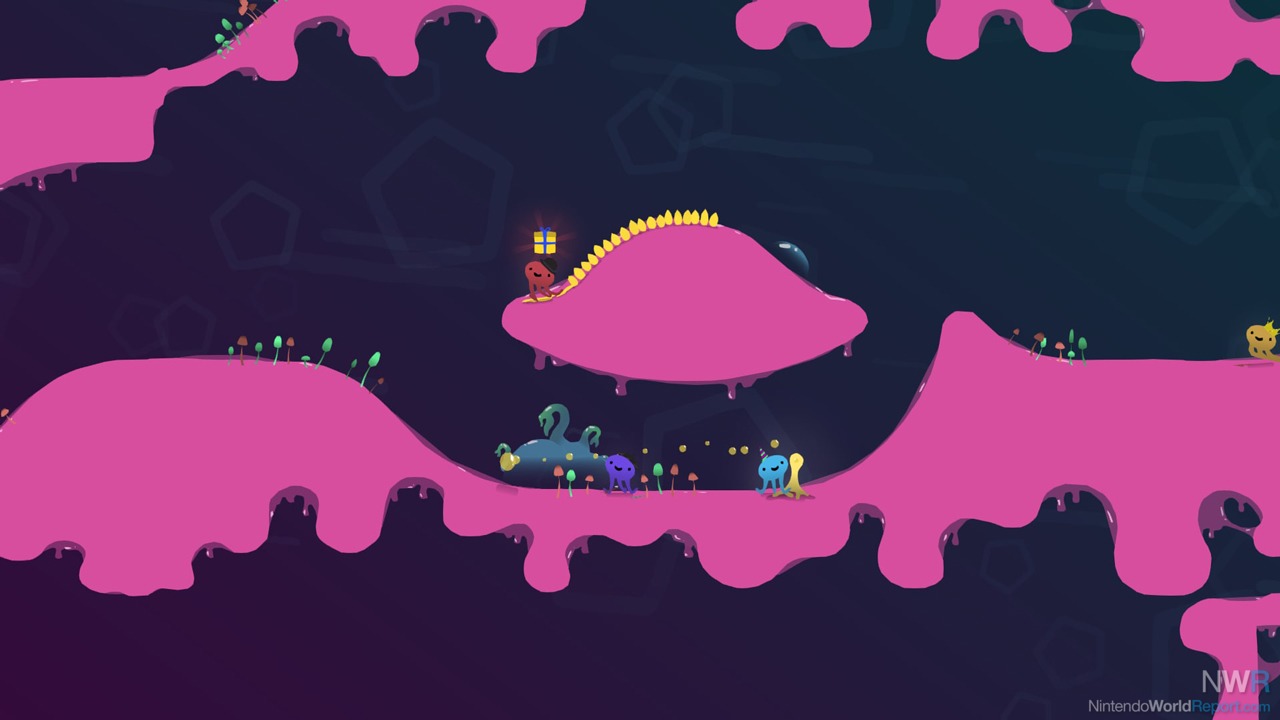 Muddledash is a weird multiplayer racing game that contains procedurally generated levels, so you’ll technically never play the same course twice. Although, the variation isn’t substantial, and the true differences are mostly be in track coloring and course length. Sometimes a race will be surprisingly short, which can throw a wrench into the plans of any players hoping to play the long game and strike for the gift right before the end. At first it may be a bit jarring to go straight from the character lobby directly into a match, but it actually allows for a constant, flurry of games, making for an even better pick-up-and-play dynamic.

Now, how does one complete a race? Well, you all start out in a green room of sorts, and once everyone jumps up from the ground a present appears in the middle. Once a player snags the gift, the room’s door opens and the characters begin their race out and down the pathway that will wind every which way, sloping down and racing upward, much like the courses in the old Super Nintendo classic, Uniracers. 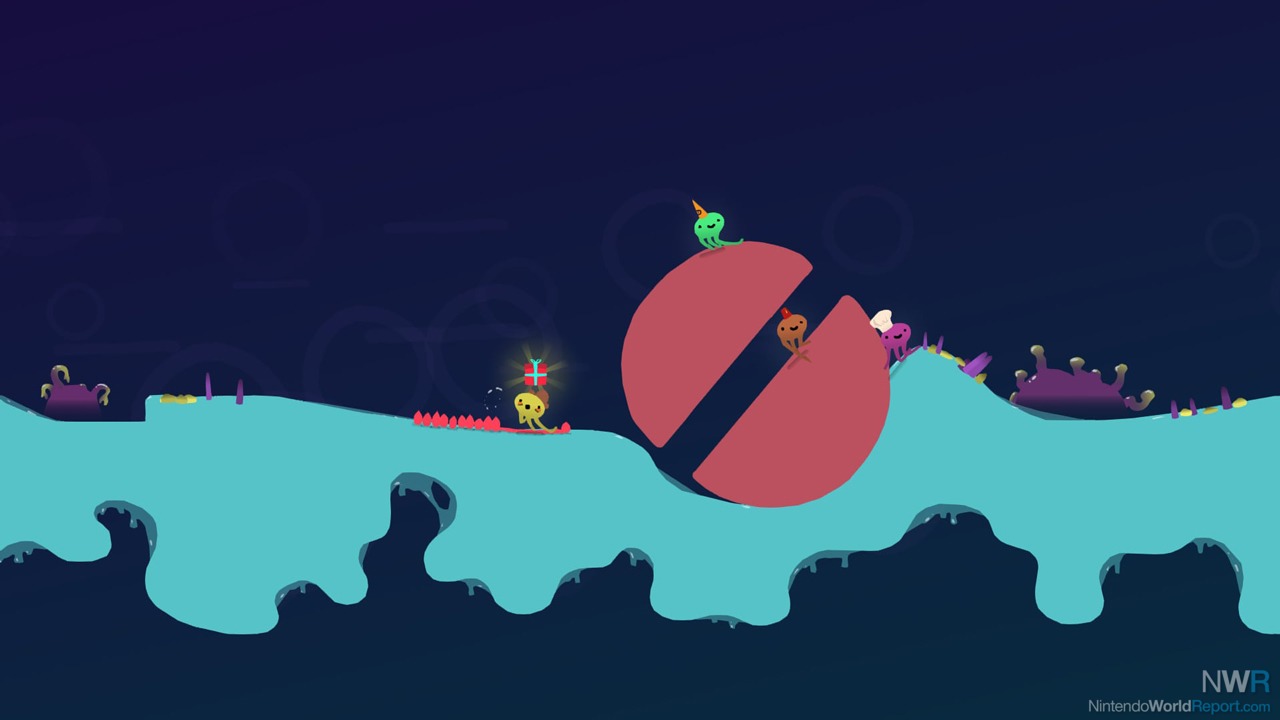 Along the way, you can slap one another and a successful hit will cause a player to drop their present, allowing another to grab it. And, as players race toward the finish line, they’ll run into different obstacles such as high grass, which slows them down, or grease puddles, which cause quick boosts. There is also a timed dash move in your arsenal, which can be employed to leap over obstacles. Unfortunately, it can sometimes be difficult to see for certain when the dash is fully replenished (an energy bar of some sort would be a welcome addition). You can also trigger little plants, causing them to shoot glue balls that encase an octopus competitor in a bubble for a few seconds. A direct hit will cause them to drop the present if they’re lucky enough to be holding it.

The finish line is an octopus house party, guarded by a sunglasses-wearing octopus bouncer. The only way to gain access is to run past the bouncer with the present in hand. Once you breach the goal, your little octopus will appear on a pedestal, while the party celebrates and showers you with confetti. Reaching the goal line and struggling to finally slip past the bouncer with the gift is one of the most fun moments I’ve experienced playing video games.

The lack of AI (and online) for solo play is a bummer, but I can’t stress how much fun this game is with friends. The ease with which one can pick it up only adds to its use as a casual game for anybody too. I’m hopeful for a future update that add in some post-game statistics so one can record victory streaks or the completion time of a race, but I could also see how that might hamper the speed of firing up a new match.

Muddledash is what a party game should be. Just beware, you’ll need more than eight tentacles to play.