It’s a Small World of War-crafting, Alchemy, and Spellcasting.

Tanzia is a single-player, offline RPG that looks and plays somewhat like an MMO (World of Warcraft or Final Fantasy XIV). The key difference of course, is that Tanzia is neither massive nor multi-player, but the exploration, questing, and combat will be very familiar to those who have dabbled in MMOs.

The story begins with comic-book-like cutscenes that reveal the island of Tanzia and a race of human-like creatures known as the Akazi, to which the main character belongs. To make a long story short, the protagonist is born with heightened magical powers, like his grandfather, and he must destroy the evil Skeleton King that threatens his people. This is to be done while also searching for his grandfather, who fled to escape the Skeleton King. The introduction to the game does an effective job of pulling the player into the world and lore of the game.

In the starting area, an Akazi village, you meet Abenaki, the character entrusted by your grandfather to hide and protect you from the Skeleton King. In the early part of the game, Abenaki functions as the primary quest-giver, and through him you complete a number of tutorials to become familiar with the game’s combat and crafting. Melee combat involves a basic staff-swing attack that does little damage early on, but more as you equip stronger staves. By purchasing up to nine different spells, you can cast magic attacks like Ice Shard or Thunderclap that damage and may slow or stun enemies. By completing quests, finding new areas on the map, and defeating enemies, your character can gain experience points and level up, but reaching a new level seems only to increase your health points; the damage of your spells and staff stays the same. 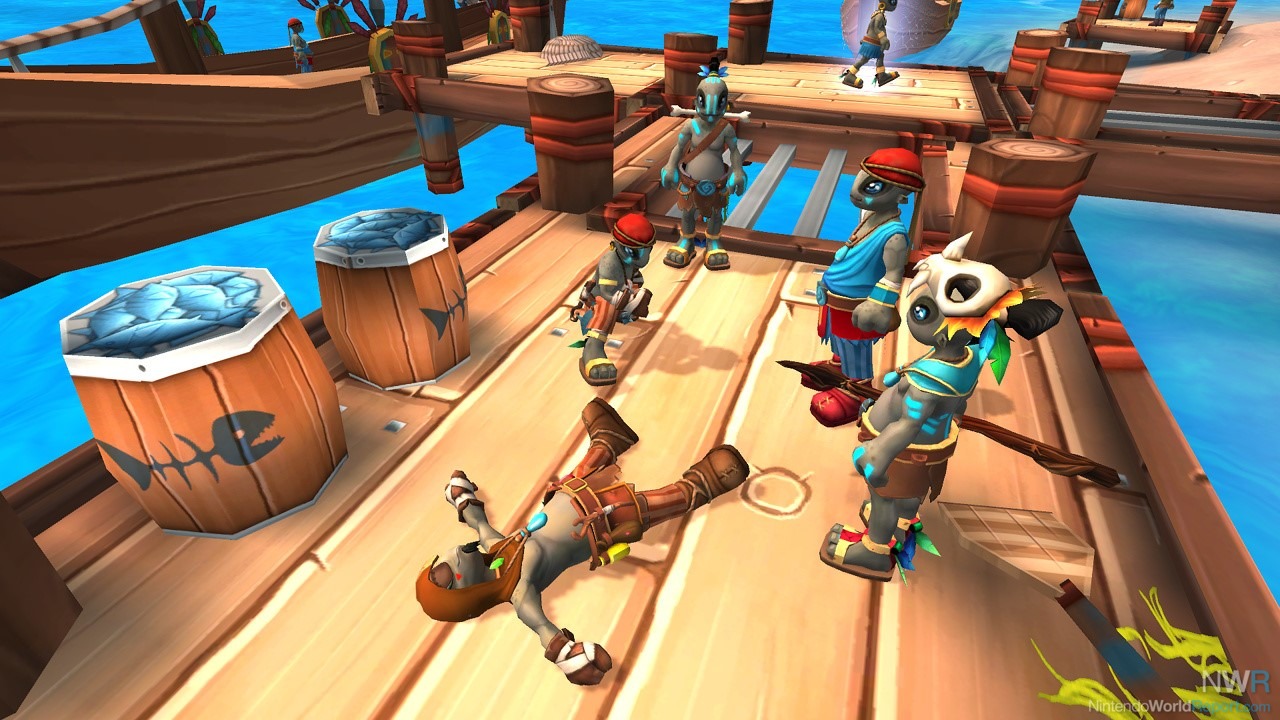 Because of this subdued type of progression, you need to be collecting gold from quests, chests, and fallen enemies so that you can buy better spells and stronger equipment that will boost your mana pool, and therefore the number of spells you can cast before needing to refill your mana. Spells and potions have set cooldown timers, so combat frequently involves kiting enemies around while your wait for your abilities and items to refresh. Fortunately, there are numerous “Totem” statues that function as save points and automatically refill your health and mana bars, but you cannot use these while in combat. I found that collecting or crafting a generous number of potions to refill my mana and health allowed me to spend more time exploring and fighting enemies, but you can only craft at alchemy tables in the handful of villages and outposts scattered throughout the world. Other potions are available that buff your character’s damage or speed, or make him invisible, and you can craft as many of these potions as you like, provided you have harvested enough of the components scattered throughout the world.

It is easy to lose 30 or 60 minutes at a time playing Tanzia because of the ease of play and the bright, colourful landscape. However, the graphics aren’t very impressive; they remind me of a Gamecube or possibly Wii generation game. Most of the tasks you complete in the game are standard MMO fare: kill 20 of this, fetch 8 of that, seek out and slay giant beast X. However, there are many optional quests that encourage you to explore the entire island. If you talk to all the characters you meet you probably won’t lack for things to do, but there just isn’t a lot of variety to the quests. As well, there are various points in the game when your character blanks out and has visions that play out as voiced cutscenes, and these add to the development of the game’s world. Often, these cutscenes reveal where you need to go or what you need to do next, but it was funny and a little jarring to see my character randomly collapse on the ground. 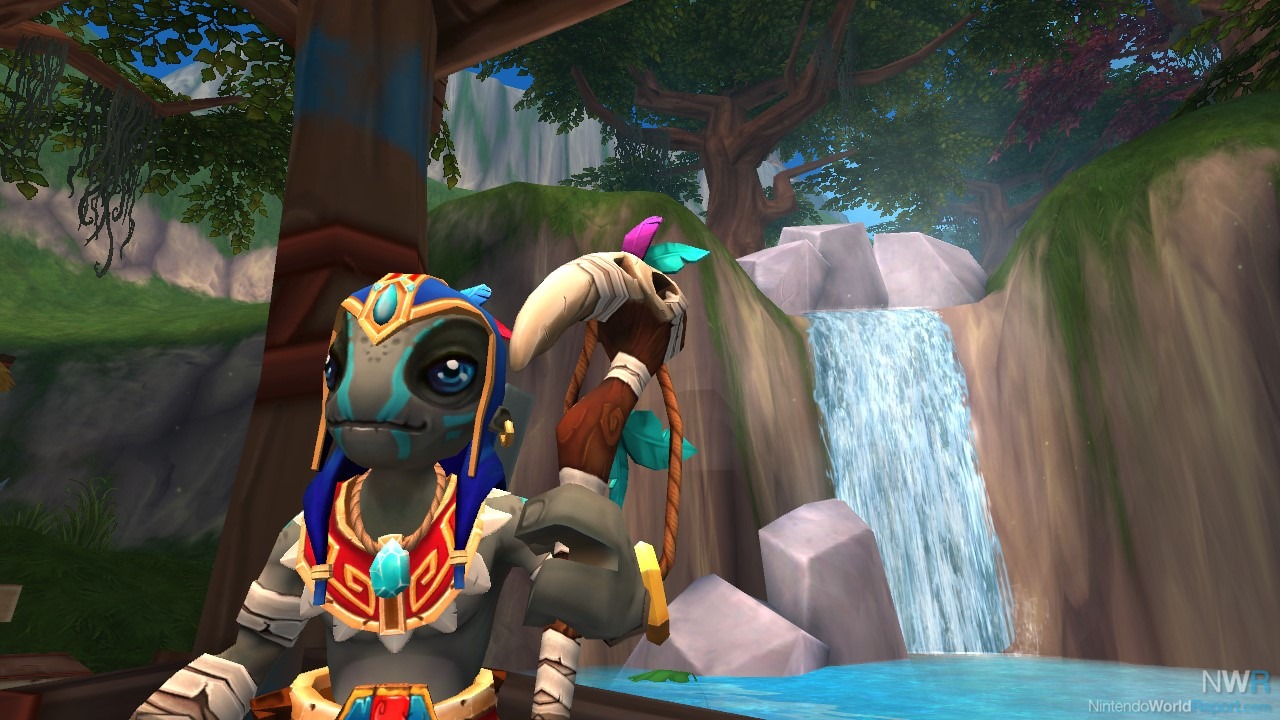 At the end of the day, Tanzia isn’t overly long, clocking in at somewhere between 6-10 hours to complete, and you can craft a plethora of potions to make the game easier, if desired. The story and the cutscenes have a unique style that makes the game fresh and charming, but the MMO combat is fairly boring, there isn’t much in the way of enemy variety, and the spell and attack animations are plain and have little visual impact on your foes aside from damage numbers and possible status effects. The lack of ability scaling means that your character doesn’t really seem stronger as the game progresses; enemies just take longer to defeat unless you buy the stronger spells, but then those have longer cooldowns, which is also frustrating. The main character moves a little more slowly than I would like, and more waypoints (fast-travel portals) would have encouraged me to return to old areas of the game.

Tanzia is a fine game for people looking for a light action-RPG that engages the player with its simplicity. The story beats are interesting but the combat, music, and quest design are largely uninspired. In so many words, Tanzia could use a little more time in the alchemy cauldron.