A Picross-esque game that is too long-winded and not as rewarding.

In terms of games that blew me out of the water in 2018, Pic-a-Pix Deluxe is near the top. Lightwood Games essentially out-Picrossed the kings of Picross (Jupiter/Nintendo) and made one of the best Picross games ever while also adding a unique colorful twist. When the same developer announced Fill-a-Pix: Phil's Epic Adventure - a game they said was suited for Picross fans - I got stoked. Unfortunately while Fill-a-Pix is packed with content, it’s just not a good puzzle game.

The titular Phil travels the world and each of the puzzles represented images from his journeys, split into different countries. The puzzles are often massive, taking up far more than the whole screen, which makes it a challenge to juggle the whole picture. The gridded puzzles are filled with numbers in every few squares. The numbers represent how many blocks surrounding and including the square are filled in. For example, a 9 means that the square and the eight blocks surrounding it are filled in. 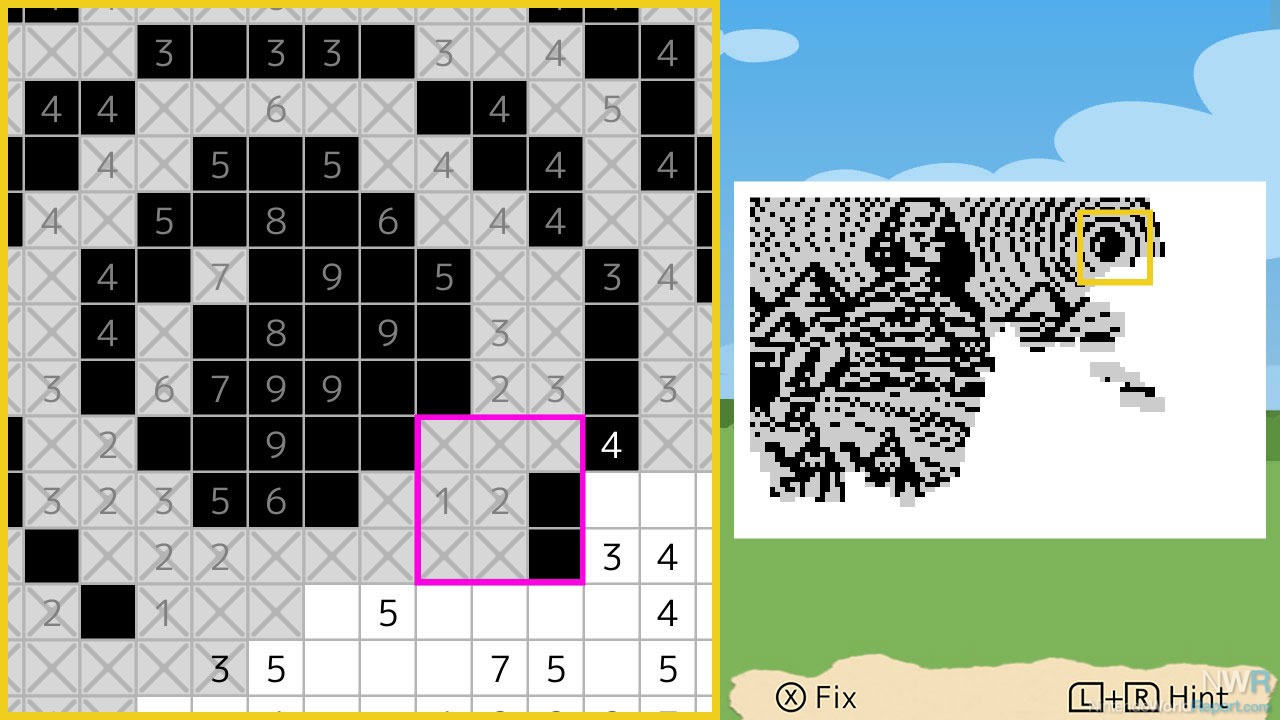 The overall design of that puzzle is reminiscent of Picross, but it loses so much of what makes Picross rewarding the deeper you get. For one, individually selecting each block is arduous. The Smart Cursor feature lets you go around the puzzle selecting nine squares at once that automatically completes the squares if the information is there. It’s not an easy button per say, but it does turn puzzle solving into a less rewarding abstract situation.

The puzzles are also crazy huge. Now I like tackling the harder, larger puzzles in Picross games, but here, the challenges are massive from the get-go and since the whole puzzle can’t fit on the screen at once, you spend more time moving around the puzzle than actually solving it. Whether by buttons or touch, it’s still slow.

Fill-a-Pix is disappointing even if Lightwood Games brings its puzzle game-making competency to it. It’s packed with content, but it’s hard to really care to do more of these slow, painstaking, and weirdly easy puzzles. I’d much rather dive back into Pic-a-Pix to play any new DLC they put out for it. In lieu of Fill-a-Pix, go buy Pic-a-Pix Deluxe.