Fall into the music, earn the EX Rank, become “King of Anime Lunchroom.”

MUSYNX is pretty easy to dismiss out of hand. A Chinese-language rhythm game, that is also a mobile port, heavily leveraging still images of anime girls and Chinese-language Vocaloid-style music. It’s the kind of game that would turn-off most people. I can’t claim to be any more accepting. After originally signing up to review it on a whim, I planned to backout of the obligation following a demo session at E3. I was so bad during the demo the PR rep was visibly embarrassed for me, and I felt as if the game had “melted my brain.” I’m glad I didn’t, MUSYNX has made me a big fan of a game in a style I usually don't enjoy. 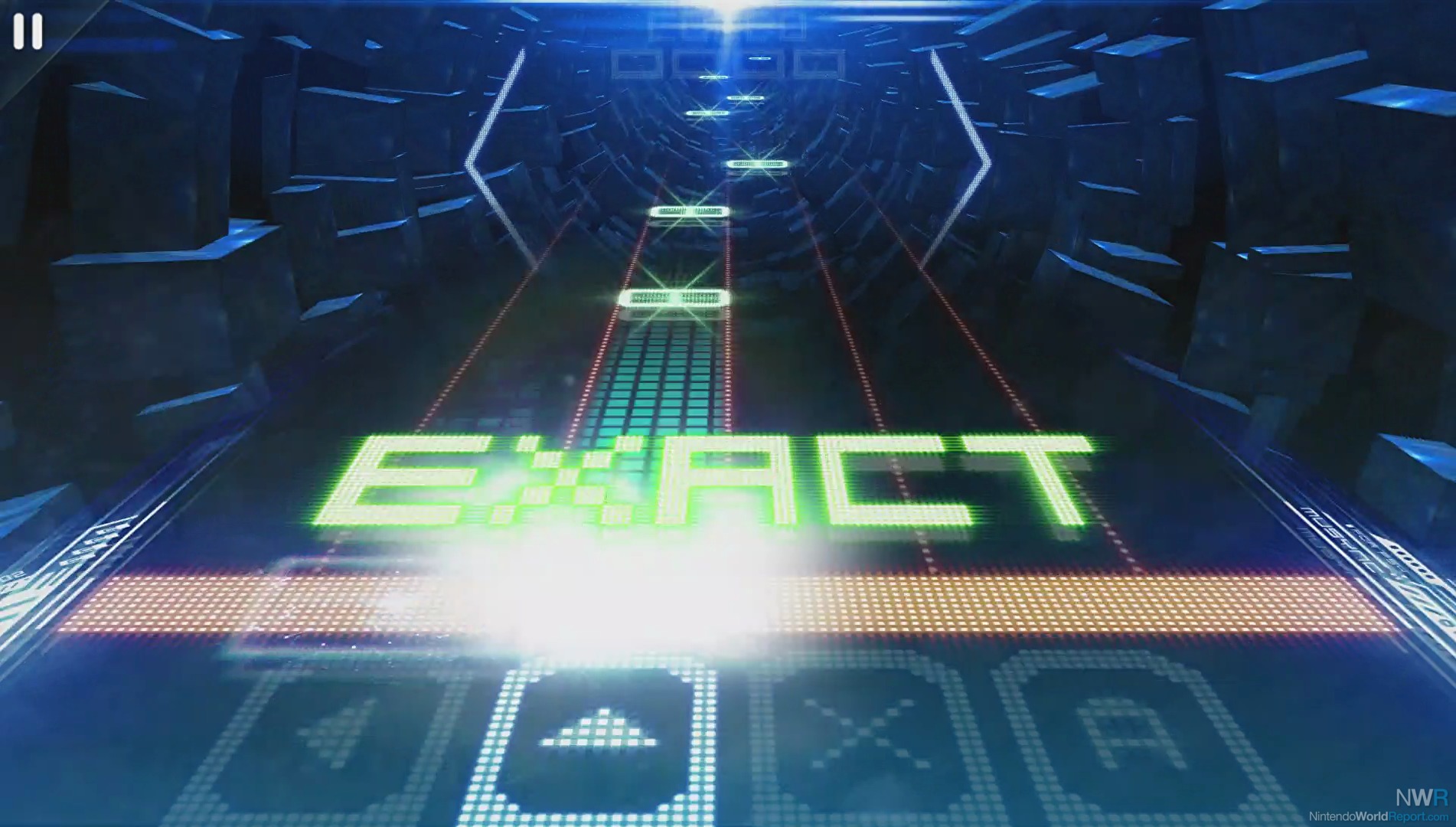 If you’ve never seen a “note highway” game before, the basic gameplay is a bit like reading sheet music. Indicators for what notes to hit come from the back of the screen, towards the front, and the player needs to “play” the note once it reaches the very front of the screen. Different tones each have their own “lane,” hence “highway,” and the note’s duration is represented by the length of the indicator. In good games, the indicators on the highway really mesh with not just the beats of the music, but also it’s notation. 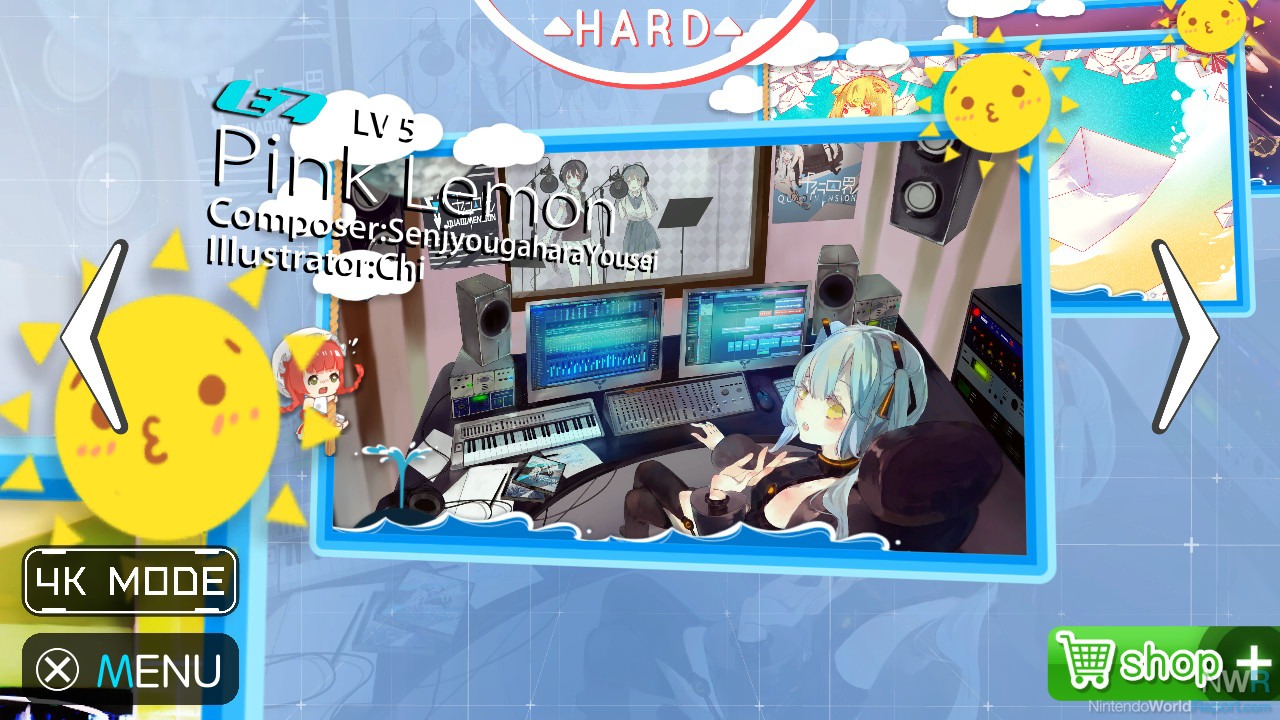 Press Up to hard.

MUSYNX excels at how it represents its music. It offers a number of options to fine-tune the difficulty: four keys vs. six keys (which it confusingly calls 4k and 6k mode), customizable speed at which the notes move (allowing either more time to see notes coming or faster moving notes so there are less on screen - the music’s actual speed is not impacted), and even an Easy and Hard mode for both 4k and 6k. This means each of the game’s 50+ songs have four distinct note patterns - and all of them feel like they are clearly related to the music.

Despite melting my brain, I was able to adjust the difficulty settings to a point that even I could get into the groove. Since then I’ve slowly sped up the notes, and continued to see improvement. I’ve dipped my toe in both the hard mode and the 6k mode, but it’s pretty clear I’m not ready for that just yet. The game is also fairly forgiving on timing, which can even be adjusted to account for lag. In a way, this is the most welcoming game of this style I’ve ever played, but the difficulty can still be turned up so only robots could ever hope to succeed.

As a mobile port, the original version of MUSYNX had the player tap each lane in sync with the notes. This interface persists on Switch, when used undocked, but the move to consoles also adds controller support, mapping a lane to each of the top 3 buttons on the D-Pad and face buttons. After a little practice it feels automatic, but once I got comfortable with the controller I found it impossible to move back to touch. Both control schemes work, but it’s probably better to pick one and stick with it. 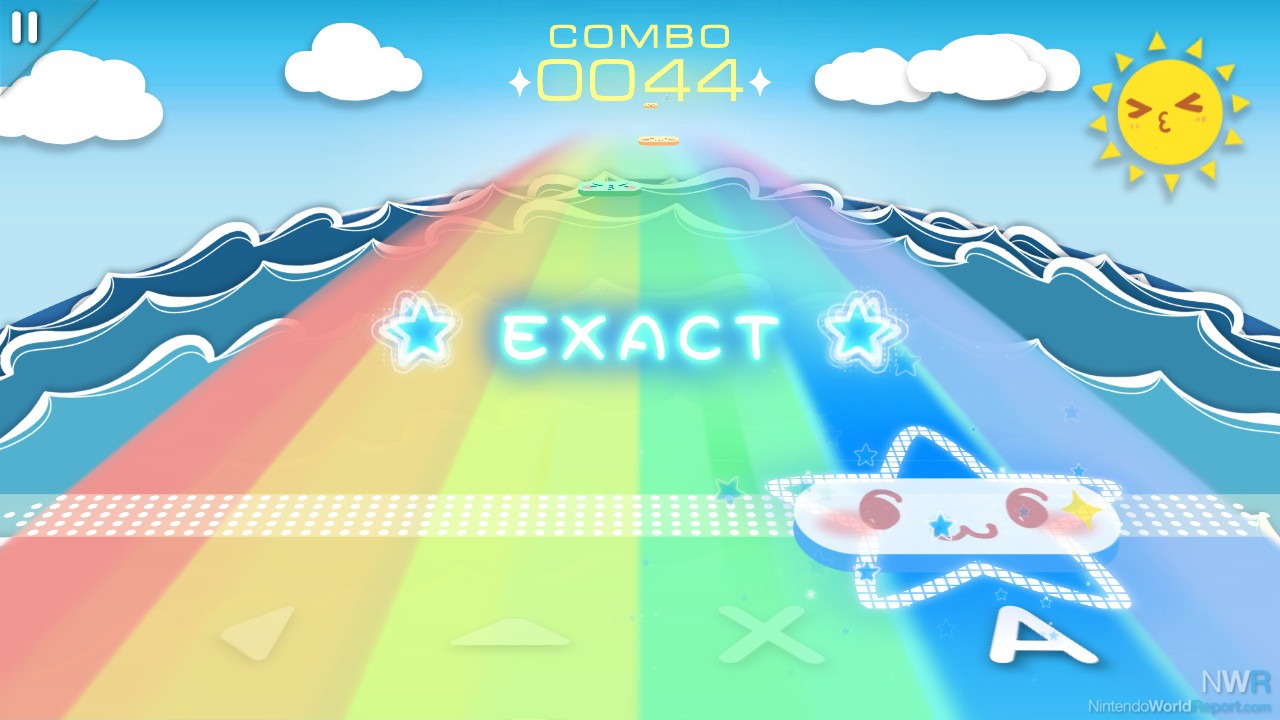 The musical selection is key to this genre, and in the case of MUSYNX it’s going to be the biggest factor in determining if this game is for you. Despite the game’s appearance, it isn’t just a collection of Vocaloid electronica and saccharin-sweet music disconcertingly sung by robots, although there is no shortage of either. Instead, the game buckets its tracks into a handful of loosely-defined genres ranging from rock music infused with Chinese-traditional instrumentation, to piano music, to the aforementioned sweet robotic pop. The songs, sourced from a number of online composers, are diverse enough that there should be some that appeal to you, or at the very least surprise. There’s nothing more delightfully surprising than a Vocaloid shifting from normal singing to Chinese “Screamo.” Some tracks even have human singers, although they are the exception. Each genre gets its own skin for the note highway, from a calligraphy-inspired look for the Chinese-traditional themes to a roll of toilet paper with crude crayon drawings for the “joke” songs.

There are moments where the game becomes a trance-like experience. Determining what button to press is sublimated to subconscious thought. Eyes, ears, and fingers work in tandem to the point it isn’t clear what information is being used to hit the right notes, and yet the score keeps going higher. At the height of this focus it can seem as if closing your eyes wouldn’t impact performance in the slightest, eyes can defocus, and there is a feeling of the entire process becoming automatic. In spite of how unappealing that might sound, this is all that could be asked of this type of rhythm game. Achieving this kind of locked-in state is the best way to earn the game’s highest ranking: EX, and the pursuit of EX rankings can become its own addicting experience. 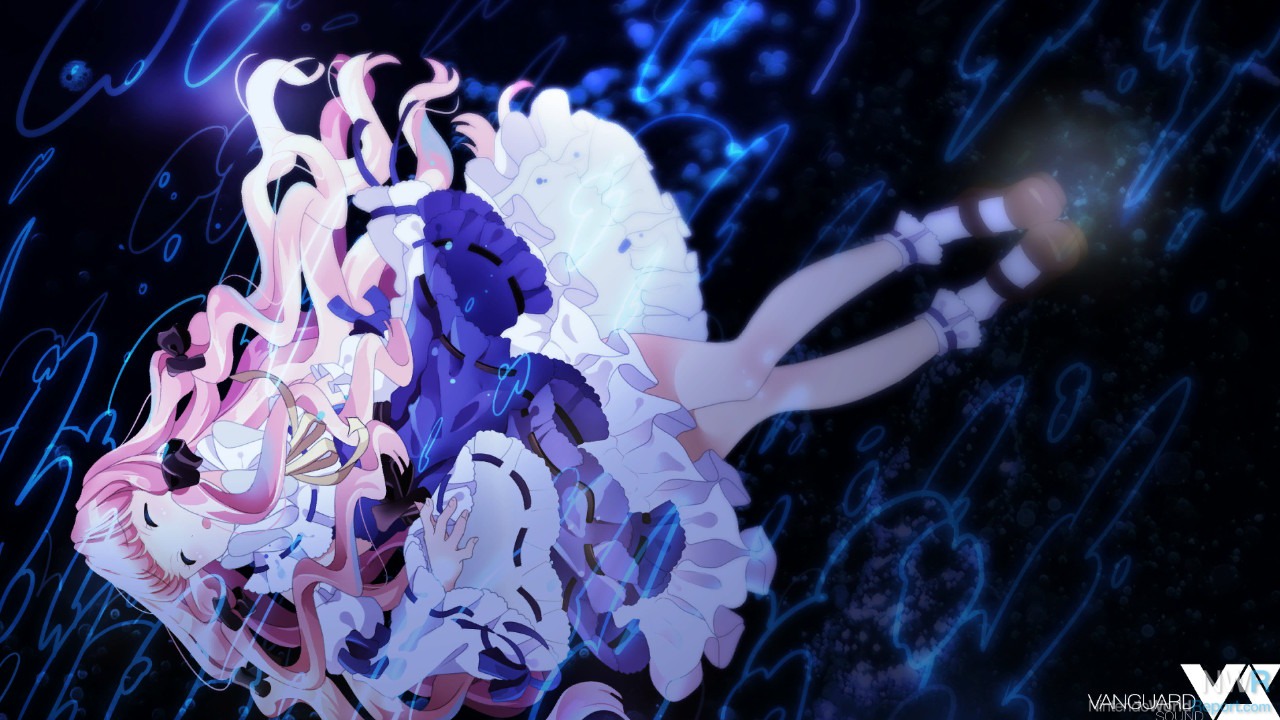 Anime and dubstep, together at last!

I have very few complaints with MUSYNX. There is some imbalance in the number of songs included in each genre, and many of the huge number of the electronic/dubstep-style songs sound very similar. Some of the menu prompts, such as the 4k/6k being a reference to the number of note lanes, are not clear. The art associated with each song often seems like either a random anime drawing or the output of generic sci-fi 3D renders. Some of the note highway skins aren’t as easy to read as others: especially the 8-bit anime cafeteria that is used for the chiptune-inspired tracks.

With all that said, there isn’t much to negatively impact my enjoyment of MUSYNX. The rough edges stand out mostly because the game can otherwise become an engrossing way to evaporate free time. Mileage may vary based on your ability to enjoy the game’s music, but with its highly customizable difficulty and excellent representation of the tracks as note patterns, this game will welcome in anyone who can find themselves lost in the music.

I see pros and I see cons, but having watched James stream this, is how bizarre this game gets a pro or a con? perhaps a third column labeled "pro-con" is needed.
Looking forward to the upcoming mutant duck-human hybrid review.