Shape of the World (Switch) Review

Ballad of the Wind Fish

The pitch for Shape of the World, a “first-person explorer” game, promises “a couple of hours escape from work, anxiety and stress”. As you move around the environments (a cove, submerged caverns, a mountain), certain details of the world such as creatures and trees appear before you. This is a feature, not the result of terrible draw distance. It is meant to look like the world is growing and coming alive as you explore it. 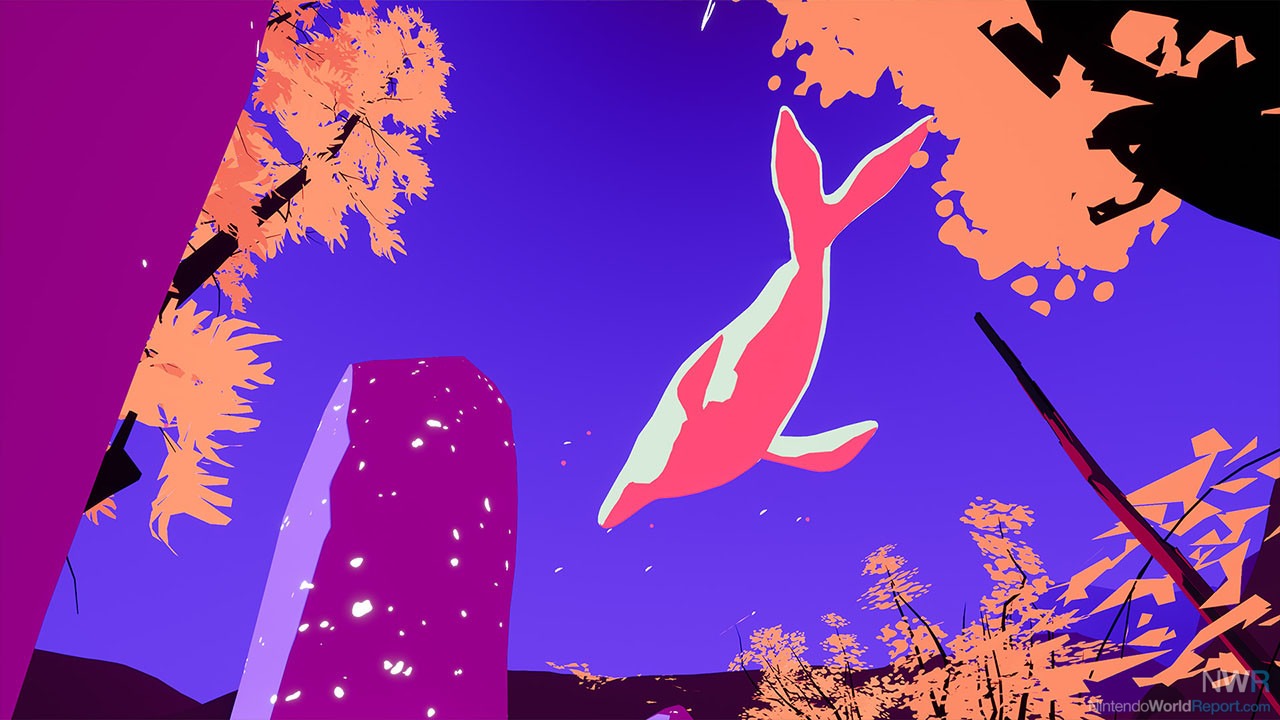 Early in the game, I wished trees and other obstacles started appearing a bit further away from me than they did, however, as sometimes my already plodding pace would be slowed down inexplicably, until I stepped back and realized I was clipping through some rock formation that was not there a moment ago.

As you progress in the game by activating various switches that make floating pathways appear, leading you to triangular doors that, when crossed, either change the color palette of the current area or send you to the next one, the geography and fauna of the game becomes more diverse, the soundtrack, more intense. The moments of frustration with movement and controls don’t quite go away, but they seemed to me easier to put up with in the more stimulating later stages than in the initial bare-looking ones. I would say it took me an hour of playtime before the game fulfilled its promise of stress-free exploration.

There are no traditional narrative elements to the game, or at least you are not being told a story. It evokes themes of setbacks and ascension with its environments, with the crescendo of the music, with the literal climbing of mountains.

That’s the game in a nutshell. There are no puzzles, there is certainly no combat. There are various types of seeds for you to find and throw to make trees grow, but it’s optional. For most of the game, you are moving to the next point of interest, activating switches, observing creatures crawling or floating about, listening to the music and hopefully feeling what the developer wants you to feel, until the credits roll.

I had a tough time getting into Shape of the World at first, in big part due to the sparse initial environments and the clipping problems. And I admit I rolled my eyes a bit as the creatures I met went from bug-like critters to sea creatures floating… in the air (a trend that culminated with glimpses of a whale floating in the sky). I found it a little cliché and New Age-y. The final moments were impressive and by the time I got to them, I had started enjoying myself, but it took a long time for the game to ramp up to that point.