A visually stunning yet frustrating puzzler. 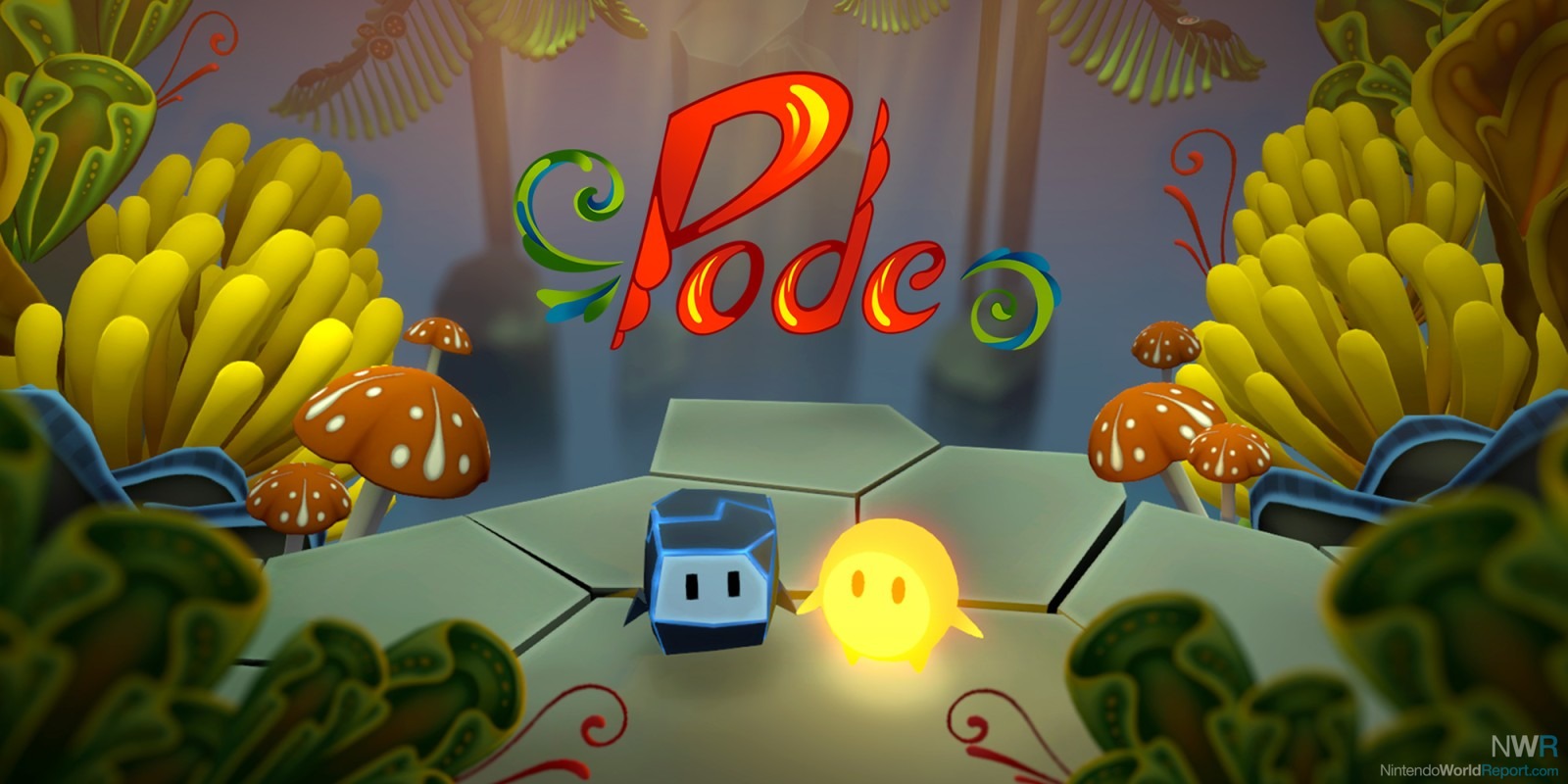 I can always appreciate when a game takes a minimalistic approach in regards to holding the players hand throughout the experience. This leads to a sense of discovery and accomplishment that just isn’t felt when being shepherded from area to area. Although on the other hand it also runs the risk of becoming too obtuse, leading to frustration and on more than one occasion that was just the case with Pode. Fortunately, stopping to think about a puzzle solution allows you to soak in just how marvelous the world looks especially when manipulating it with each characters abilities.

Pode opens up to a star crashing from the sky and finding itself lost in a drab world with little direction. Luckily a nearby rock creature is willing to help ascend the mountain by combining their powers to reunite the star with the sky. This unlikely duo each have unique abilities that help to solve puzzles. Using them in conjunction with one another is the name of the game as you progress. This works exceptionally well in local co-op mode where each player takes control of our heroes, but in solo it becomes a bit more tedious as you alternate between characters. An option to hold down both trigger buttons to move the characters simultaneously is available, but it’s a bit wonky, most notably when trying to jump up ledges at the same time. Not always synching up perfectly coupled with some tight areas lead to many accidental falls, but fortunately Pode is kind and whoever fell will respawn, no harm no foul. In fact, the entire feel of the game is very laid-back, never punishing the player for making mistakes or taking their time to determine solutions. 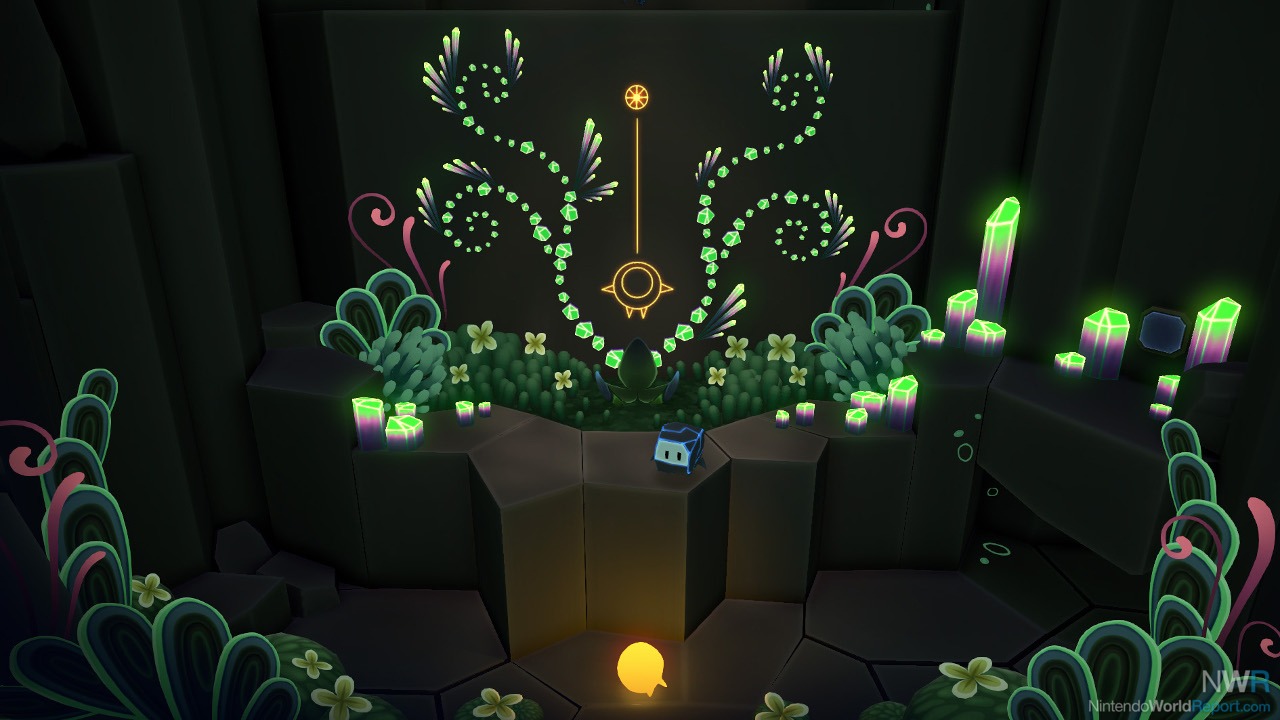 Each area of the game is broken down into a number of rooms that each serve as a puzzle. The goal of each puzzle is simple; get to the exit to move on. But platforming and other obstacles prevent that task from being completed too easily. Puzzles are designed to utilize the abilities of each character, and the deeper into the game you get, the more heavily they rely on combining those skills. Environmental elements such as wind and leaves are introduced to help keep things fresh. Both heroes have the ability to emit energy in the form of a sphere around their body, which is useful to uncover hidden blocks and activate switches. This also interacts with the surroundings, yielding visually stunning moments as the world transforms in front of your eyes. The star can leave a clone of itself at one location and then by holding A, can transport back. The rock can inhale objects and use its heavy body to sit on switches, sink to the bottom of water, and fit into square shaped holes. Puzzles have a nice challenge curve leading up to the final room in an area, but then often increased the difficulty tenfold. Solutions were obtuse, requiring you to check every nock and cranny, often to no avail. This would become extremely frustrating and left me feeling helpless at times, with no options aside from continuing to bang my head against the wall until I got lucky. 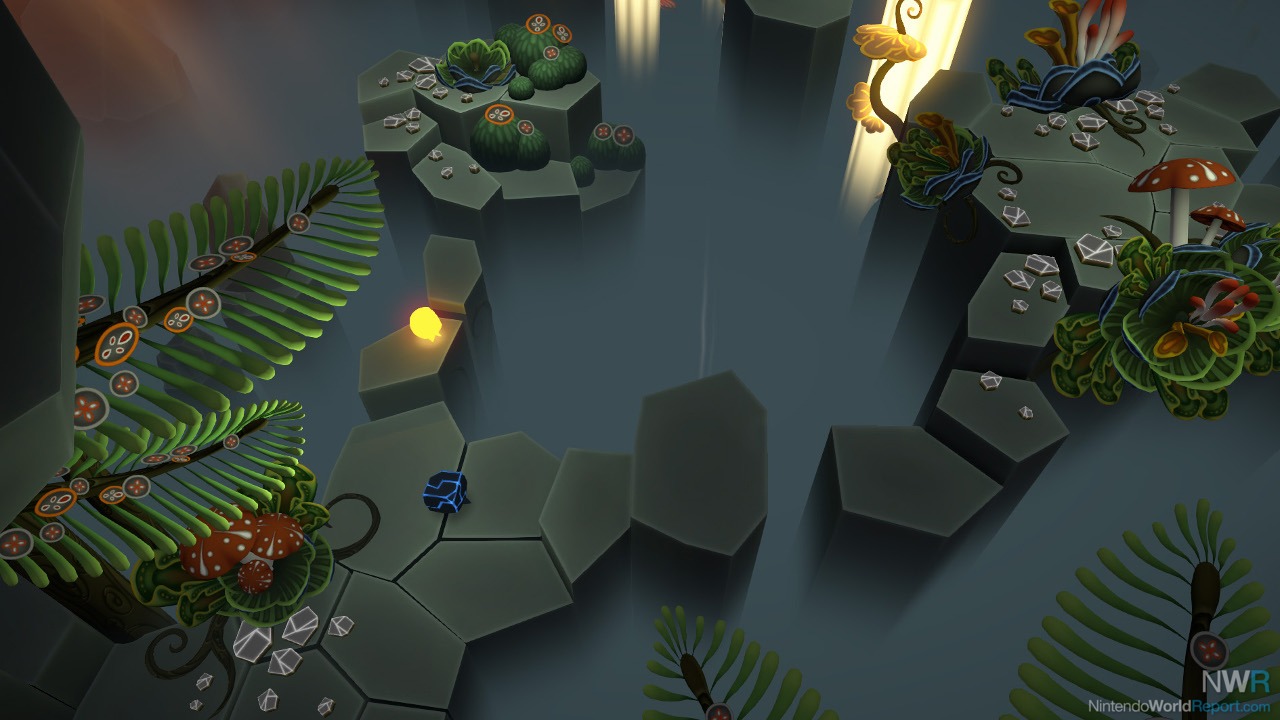 Pode’s strongest feature comes by way of its presentation which consistently provides jaw dropping moments throughout. When entering each new room you are welcomed by a desolate area devoid of life. By emitting both the star and rock powers, you are treated to a beautiful transformation as lush foliage grows and rock clusters bust open to reveal beautiful crystals within. This never failed to impress me regardless of how many times I saw it. However, there were instances where the zoomed out camera angle would make platforming more difficult than it should have been, something that was more of an issue when in handheld mode. Due to the nature of Pode, it never derails you as it’s easy to simply retry again and again with no repercussions, but did become grating. Some frame rate issues did occur, but only resulted in relatively minor slowdown at worst. A nice feature that’s present in solo play and carries over to co-op is being able to switch characters on the fly, coming in handy when playing with a less experienced gamer that may need help performing a difficult task.

Pode is a visually stunning take on the co-op puzzle genre, but misses the mark when it comes to pacing and execution. It was always an absolute joy to enter each room which was devoid of life, only to leave it booming with vivid colors and patterns. However getting to that point wasn’t always as enjoyable. The slow-paced nature lends itself better for co-op play, but even then it still gets a bit tedious and solo mode ends up being a bore. That’s not to say it isn’t worth checking out, but it’s geared towards a more dedicated puzzle fan, one who doesn’t mind working through some obtuse and frustrating gameplay.