One island you won’t mind being stuck on.

Having never played an Ys game before, my knowledge of the series was limited going into Ys VIII: Lacrimosa of Dana. I knew the original game featured a combat system where damage was dealt by simply running into enemies, but figured that having been nearly two decades it’d be drastically different. My expectations were a turn-based battle system, but instead I was plenty surprised to find an action RPG. And not only was it an action RPG, but an extremely fun and satisfying one to boot. There are some early pacing issues and the map can be a little confusing to navigate at times, but I found it a pleasure to explore the island and uncover the many secrets it hides along the way. 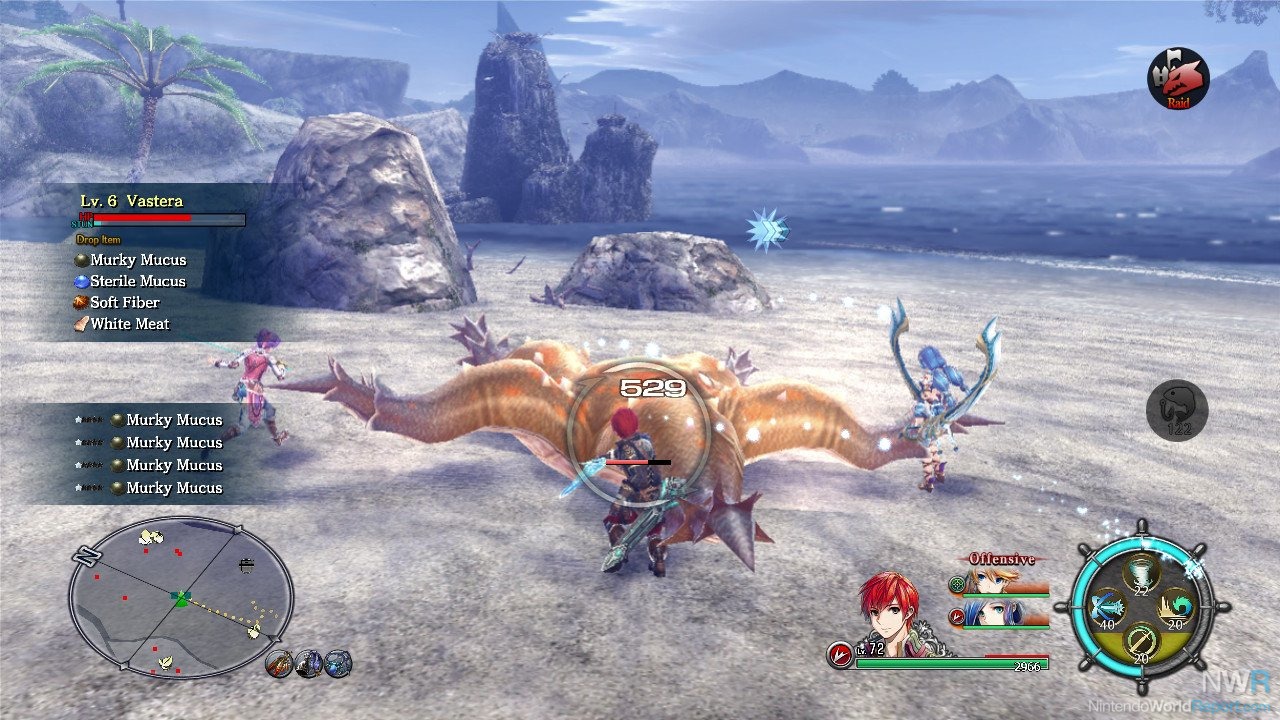 Ys VIII sees us take control of Adventurer, Adol Christin who is traveling aboard the Lombardia when a massive sea creature attacks the ship. Unfortunately for Adol, and the rest of the passengers, it couldn’t withstand the attack and they soon find themselves stuck upon a cursed and deserted island. In the beginning of the adventure finding castaways and building up your village is the primarily goal, but sadly with it come some pacing issues. The objective is almost always to explore one area, hoping to find a castaway to bring back to base, but eventually the mold is broken throwing in far more exciting things to do, especially when exploring dungeons is introduced. The overlaying goal is to escape the island, but as the story continues to unravel itself, more questions about the island and a mysterious maiden named Dana arise. I found the story to be engaging throughout, especially towards the latter half of the game leading up to its conclusion.

When it comes to RPGs, I generally jive more with turn-based combat, but Ys VIII has done a lot to change my prior expectations of what an action RPG can be. The combat system is fast-paced and has nice depth to it, all without becoming convoluted. Normal attacks are done by pressing A and attack styles vary wildly based on the character that is being used. These attacks help to build SP which is vital to your success in battle. SP allows you to use different skills and it’s important to use these skills as often as possible, which is something I learned after hoarding SP early on. These skills will continue to unlock as you progress, allowing you to equip up to four at one time. Skills are executed by holding down R and pressing the face buttons assigned to each ability. It feels fluid and fun switching between the three active characters on the fly and unloading a number of different skills one after another. Of course while it is key to deal out as much damage as possible, avoiding damage is equally important especially on higher difficulties. Luckily dodges and guards allow you to mitigate or completely avoid damage as well as give you an offensive boost if timed properly. 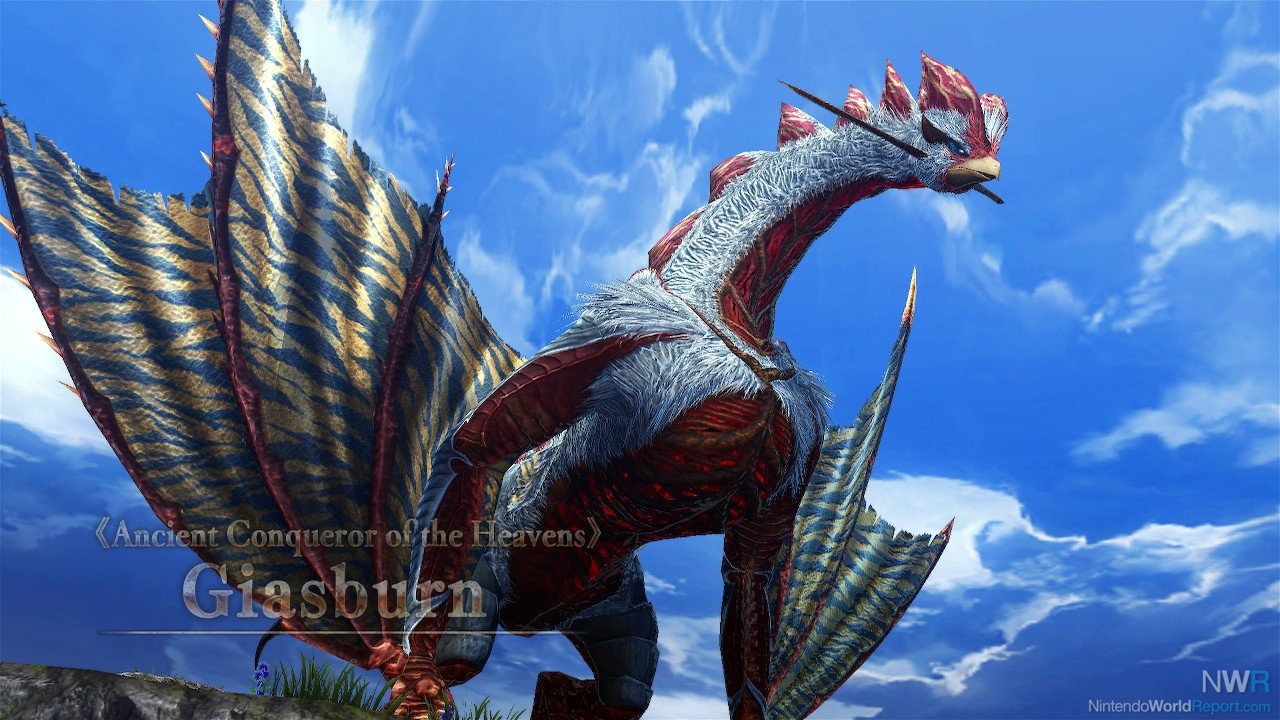 Combat is usually the focal point of any RPG, but alongside an impressive combat system, a great RPG also needs another hook to keep players enthralled. Ys was able to capture just that through a wonderfully crafted island to explore. While it isn’t a completely open world, there are a bunch of different areas with branching paths to check out once they’ve been opened up. Often these are gated behind needing a certain number of castaways, so it’s always encouraged to try to find more of them lost within the islands constraints. What makes this ongoing task enjoyable is just how wonderful the island looks and feels. There are stunning views throughout the journey that had me taking screenshot after screenshot. If you do run into a spot where you don’t have enough people to clear the obstacle blocking your path, it’ll be marked on your map to come back at a later time, but sadly that’s easier said than done. Fast travel locations on the maps are great, but it was easy to get confused on which direction to take after arriving which lead to some wandering around searching for the objective. This problem is alleviated a bit later in the game when you gain the ability to fast travel to more precise locations.

Another benefit of exploring the island is collecting materials which then can be used to craft gear and consumables to help you on the 30 or so hour main quest. Materials are littered around almost every turn and, fortunately, they don’t need a specific tool to harvest, instead a single swing of the sword will net you ore, flowers, berries, you name it. There is one exception when it comes to fishing which will require you to bust out a rod and some bait, but even then it’s an extremely simple task to do with a single press of the D-pad. With all these materials you can head back to Castaway Village and forge new weapons, armors, potions, and even cook up dishes that will not only restore health, but give buffs for certain durations. I really appreciated that crafting new gear didn’t require gold or anything aside from the materials because it helped to make the sense of everyone chipping in towards the greater good feel even more convincing. Castaways will also have side quests for you to complete when you need a break from the main action, which will net you rewards and improved relationships within the village. Periodically the village will become under siege where you partake in something called a raid. These special events send a number of waves of enemies towards the village and you must protect it at all costs. 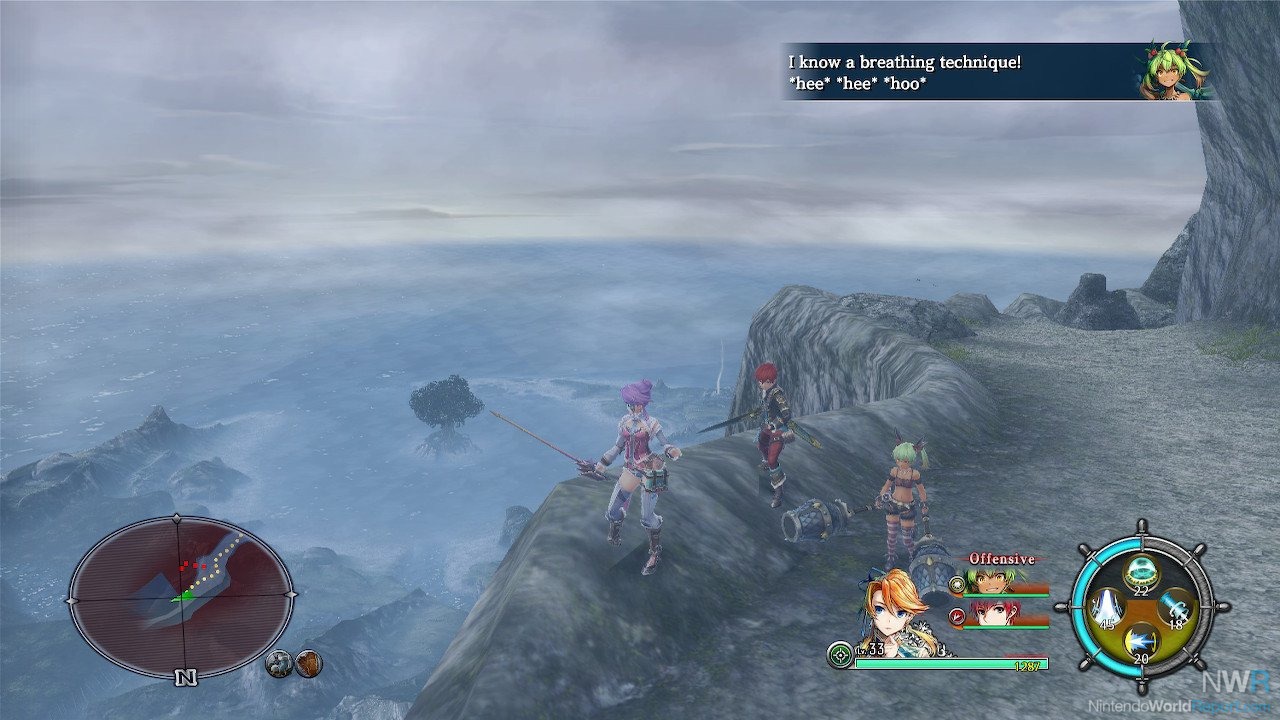 While Ys VIII certainly has a bevy of different highlights, one that remained strong from beginning to end was the fantastic soundtrack. Whether it was a touching moment between characters, exploring unknown lands, or getting caught up in an intense boss battle, the composers put forth the perfect tune to match the moment. The voice acting, while not as wonderful as the music, does a competent job, although there was one particular cutscene where the voice acting didn’t match the subtitles at all which I found to be both strange and a little funny. Characters were unique and well designed, but what I found stood out the most was the excellent boss designs which almost always left me with a grin on my face. The world is equally as beautiful; however there were times when textures were a bit jarring. The game runs well in both docked and handheld modes, but I noticed it overall looked better while docked.

Ys VIII: Lacrimosa of Dana was my first foray into the Ys universe and despite the goal of making it off the island, I find myself wishing I hadn’t left at all. What at first was my biggest concern, the action opposed to turn-based combat, turned out to be what I found the most enduring throughout my experience. In addition to an interesting story, setting, and a truly wonderful score, I can’t help but walk away singing its praises. That’s not to say it isn’t without fault, as a slow start will be enough to scare some off and the map can cause some confusion, but these are things worth toughing out to see all the good.