Nothing will make you Cranky while playing this Kong Adventure. 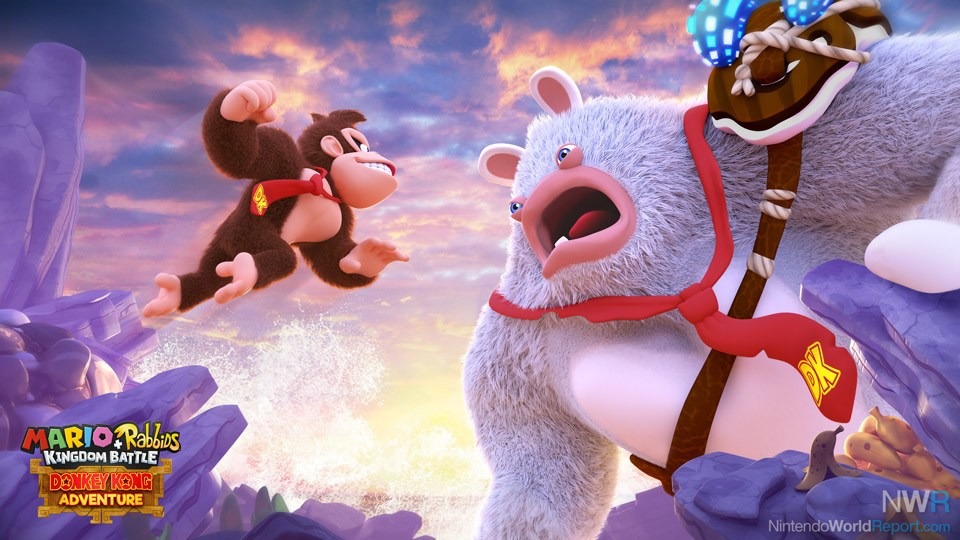 It’s been almost a year and probably 50 games since I last played Mario+Rabbids. Even though it was easily one of my top 5 games of 2017, I didn’t envision myself purchasing the new DLC as it just felt too far back in the rear view mirror to circle back to. Thankfully, a lull in exciting new releases afforded me the opportunity to purchase it, narrowly avoiding being deprived of another fantastic collaboration between Ubisoft and Nintendo. Donkey Kong Adventure manages to not only improve on the gameplay from the original entry, but to do it while still being as entertaining as ever with its now trademark sense of humor.

The DLC plays as a side quest completely separate from the main Mario Rabbids storyline. It begins with the Mario clan discovering that Bowser Jr. has enlisted the assistance of Rabbid Kong in a plot to steal the dimensional hopping washing machine. During the heist, the machine is accidentally activated and Rabbid Kong, Rabbid Peach, and Beep-O are all transported to a tropical paradise. During transport, the washing machine becomes damaged and pieces break apart across the island. Luckily for Rabbid Peach and Beep-O, this new land just so happens to house the team of Donkey Kong and Rabbid Cranky who assist the heroes in recovering the missing machine parts.

My initial fear was that gameplay would simply be more of the same formula that was so successful in Mario Rabbids, but thankfully this was not the case. The abilities of Donkey Kong and Rabbid Cranky allow for a much more strategic team based combat through Donkey’s ability to throw pretty much anything he can get to on the map. Whether it’s blocks, bombs, enemies, or teammates, if it’s in the arena than Donkey Kong can pick it up and throw it. It’s inclusion is genius, by allowing Donkey to throw different things, it allows for the environment to be manipulated or for attacks to be chained. For example, Rabbid Cranky wields a crossbow and provides a spread shot when thrown into the air or springboarded into the air. This means if you play it right, you could potentially attack enemies four times between two characters. 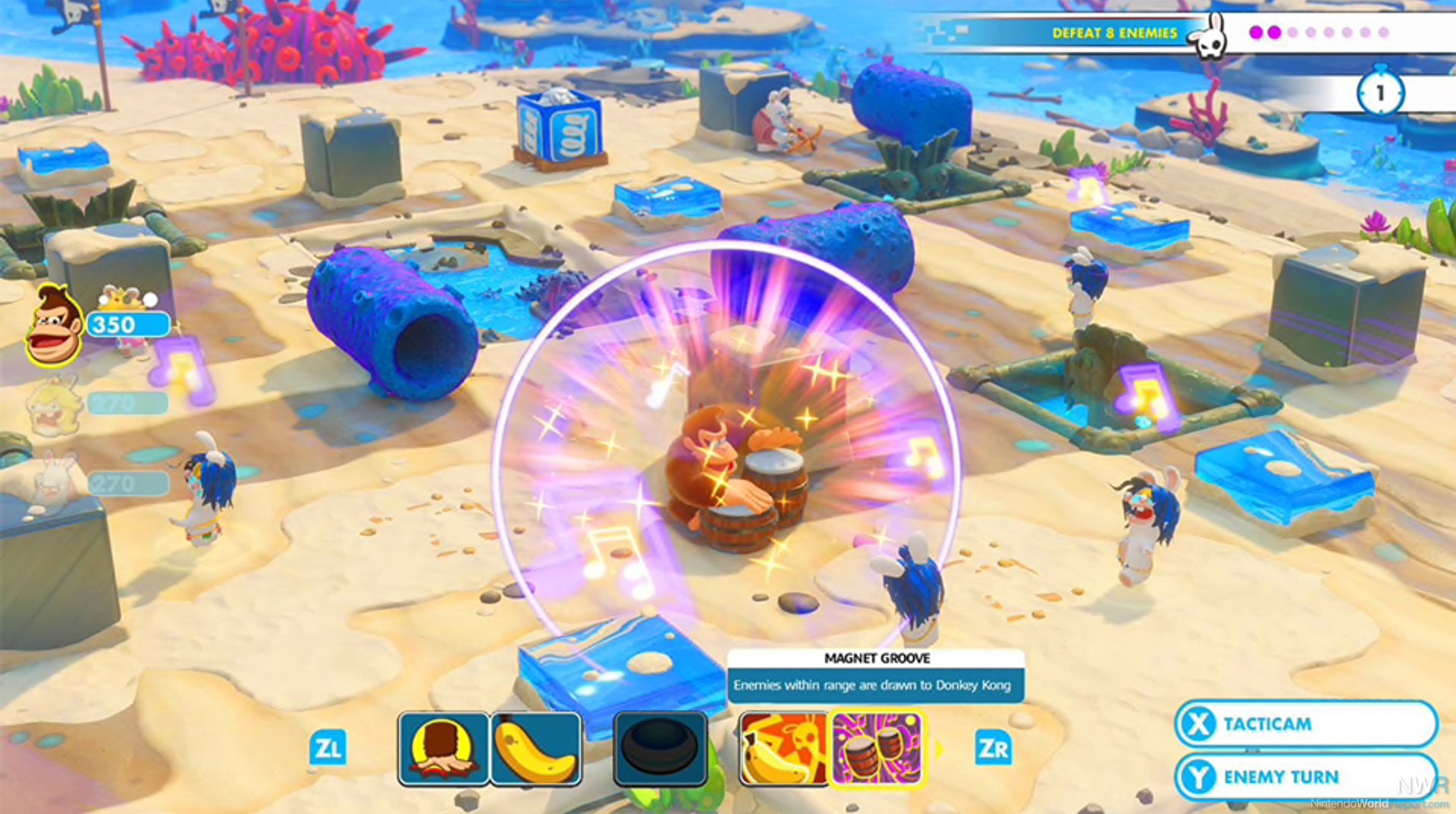 Matches in the original timeline of Mario+Rabbids tended to skew more towards being slow and methodical in your approach. This contrasts with a DLC that is fast paced since it encourages you to buzzsaw through enemies with an all offence approach. The byproduct of being able to plough through enemies in a few turns is that many of the battles came across as slightly less challenging. Regardless of your skill level, you’ll still get hours of entertainment from the surprisingly large amount of content. The story portion of the DLC falls somewhere between a third, and about half in comparison to the main story. Even after you finish, a batch of high difficulty challenges will become available to those looking to really experiment with strategic options.

When it comes to DLC, Nintendo has cultivated a reputation for providing substantial content, and here Ubisoft continues that tradition. The humor that was spot on in Mario Rabbids translates perfectly to the Donkey Kong franchise. With all the great titles on the horizon it can feel difficult to circle back to a one year old game, but Donkey Kong Adventure is a can’t miss experience that so far ranks as one of the best for 2018.