These people are insane. I think they all did it.

Enigmatic psychiatrist Doctor Dekker is dead. Murdered in his office, Dekker left behind a bloody chair, a long history of prescribing sleeping pills, and a handful of insane patients imagining supernatural abilities. “Was Doctor Dekker’s madness truly infectious,” the choose-your-own-adventure film seems to beg, “or does the world have more mysteries to solve than just that of Dekker’s murder?” 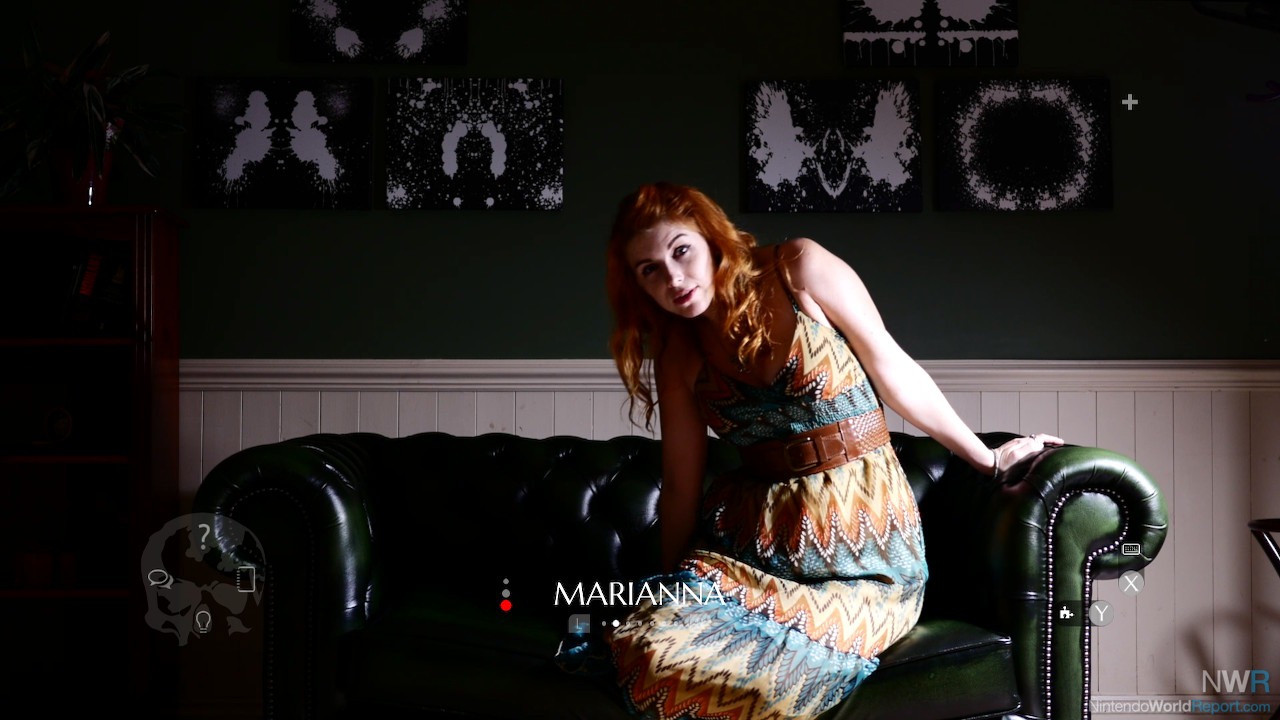 Both. The answer is both. Over one blur of a week, the player continues therapy sessions for a surprising number of live-action patients: Nathan (Dom Lister) struggles with depression and repeating days; toxically magnetic Marianna (Aislinn De’ath) suffers from what she thinks are anxiety-induced blackouts always ending by the sea; grief-stricken Dekker assistant Jaya (Bianca Beckles-Rose) holds more sway over the practice, and your position, than it first seems.

The UI suggests enough questions to make it through the week, but the real hook is the ability to type in questions. Thankfully, the Switch offers USB keyboard support while docked, but both the finicky on-screen keyboard and slow dual-analog keyboard are gatekeepers to players without a physical keyboard on hand. Questions demand strict phrasing and don’t deal with synonyms well. In the player’s notes, questions are marked for follow-up with one or two asterisks. Two-asterisk questions are suggested, while one-asterisk questions are hidden behind a slowly refilling hint meter. I had a lot of trouble with some of the bigger stretches in a line of questions, like ones that required me to call out contradictions to statements made on previous days. 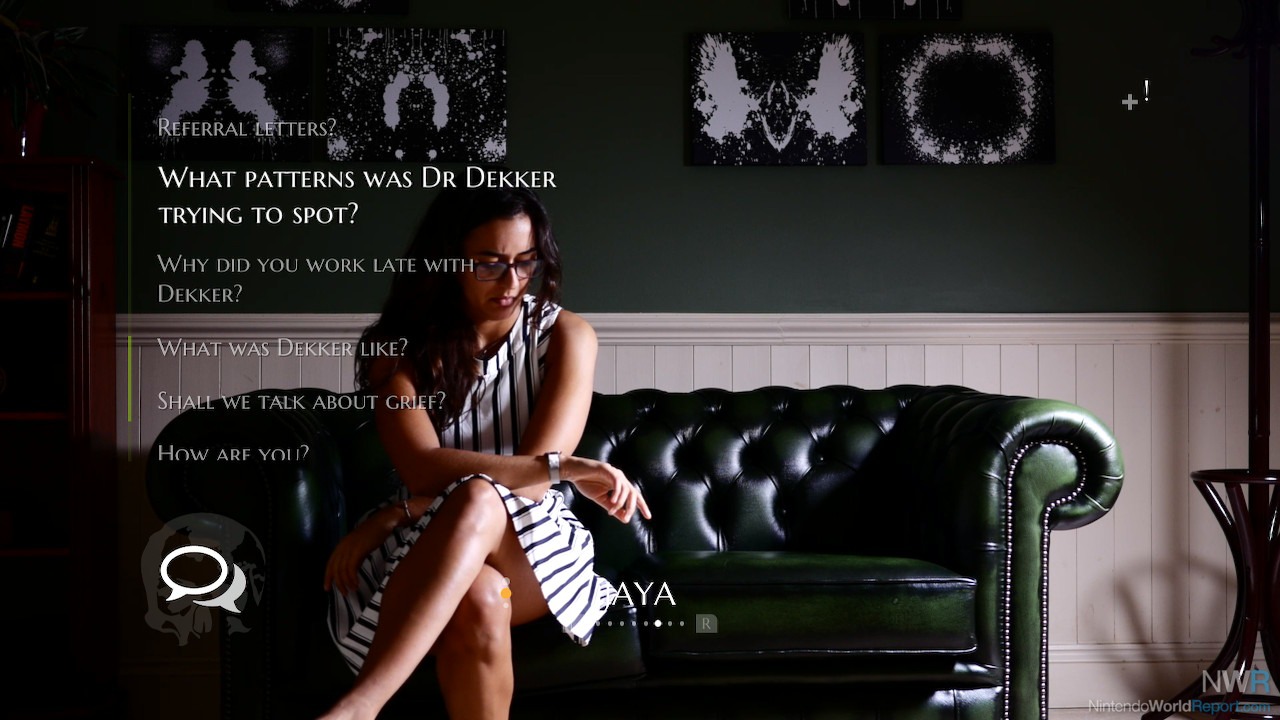 I eventually gave up on trying to find every response for every patient and started following plot points I found interesting. This is how the game is meant to be played. I began to suspect a smaller number of people pretty quickly and focused on them. By the end, the killer seemed obvious. I was correct. Of course it was that person! How could anyone not know it was him or her? Then, I found out the game had multiple endings. Each forum I scoured was full of posts as sure as I was, only with very different conclusions. Patient Professor Warwick (John Guilor) warned me of the power of quantum gambling, or the ability to shift to a more desirable dimension if the stakes were high enough. Jaya questioned my own sanity as I encouraged my patients to develop their abilities. Had I gone crazy? Did my own confirmation bias shift us to the timeline in which my prime suspect was, in fact, the killer? 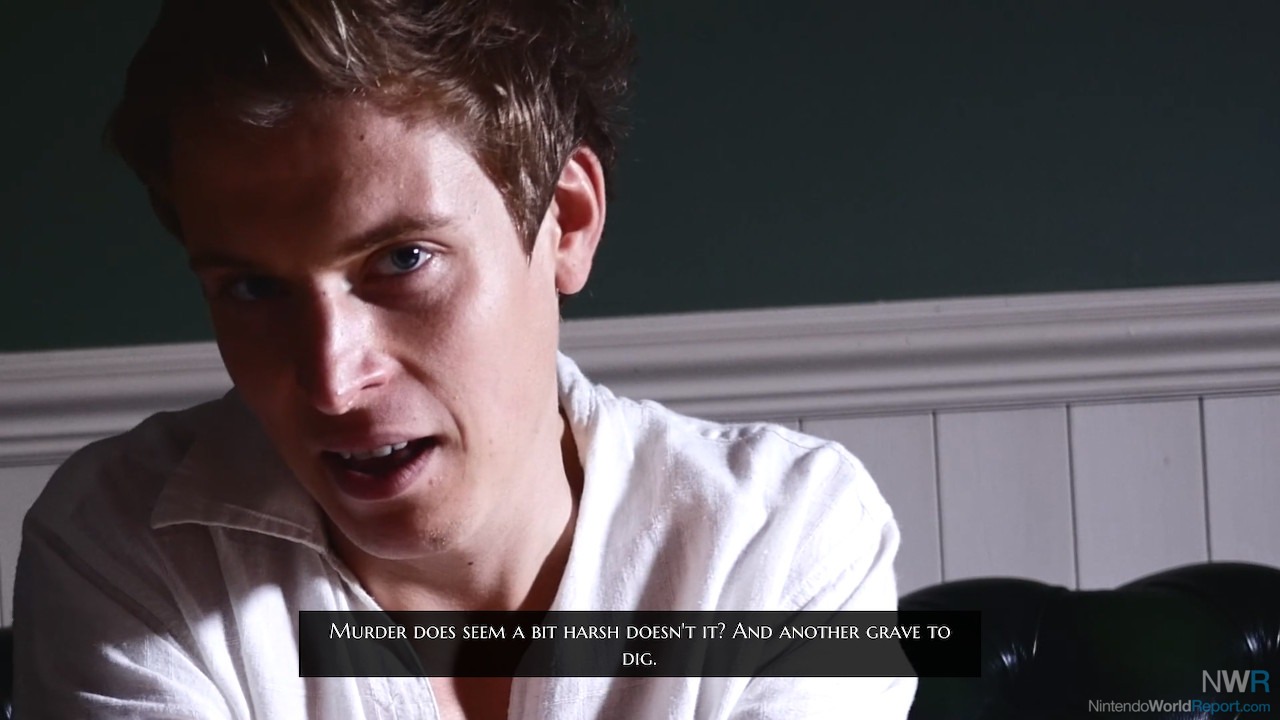 I conducted sessions in my office. Each patient took their turn on a sickly green couch. Shots were uneasy, sometimes cut close on a knee, hands, or the very face of insanity. I kept my back to a wall as Bryce the gravedigger (Millin Thomas) detailed his seemingly imagined pursuer. I felt it watching me as I peeked around corners during bathroom breaks. The creepy atmosphere built by these people teetering between the imagined and mundane seeped into the real world. I, too, went a bit mad.

Listing actor names in a game review may seem odd, but The Infectious Madness of Doctor Dekker is more performance than gameplay. Of course, anyone looking for a fast-paced shmup should pass, but fans of narrative-driven interactives should schedule a session with Dekker. Just remember to bring a USB keyboard or you might go a bit mad yourself. 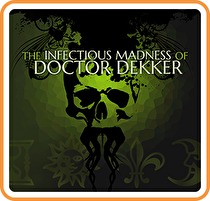