The ultimate test of pacifism and humility.

N++ is a platformer, plain and simple. The player controls a little ninja that runs, jumps, skids, and hops all over an almost endless amount of crafted levels. While the minimalist design used throughout the game can get a little old, the gigantic amount of content included paired with the robust level editor kept me surprised at what was coming up next, all while maintaining the simplest of concepts - that is, running and jumping.

The “story” included is not so much as a setup for the game, but more like a justification for why the gameplay is what it is. Basically, you are a ninja working through the teachings of N - a highly advanced system of spiritual, cognitive, and physical training. There’s some other stuff in there about pacifism and humility also, but the gist of it is that you are playing a platforming game. 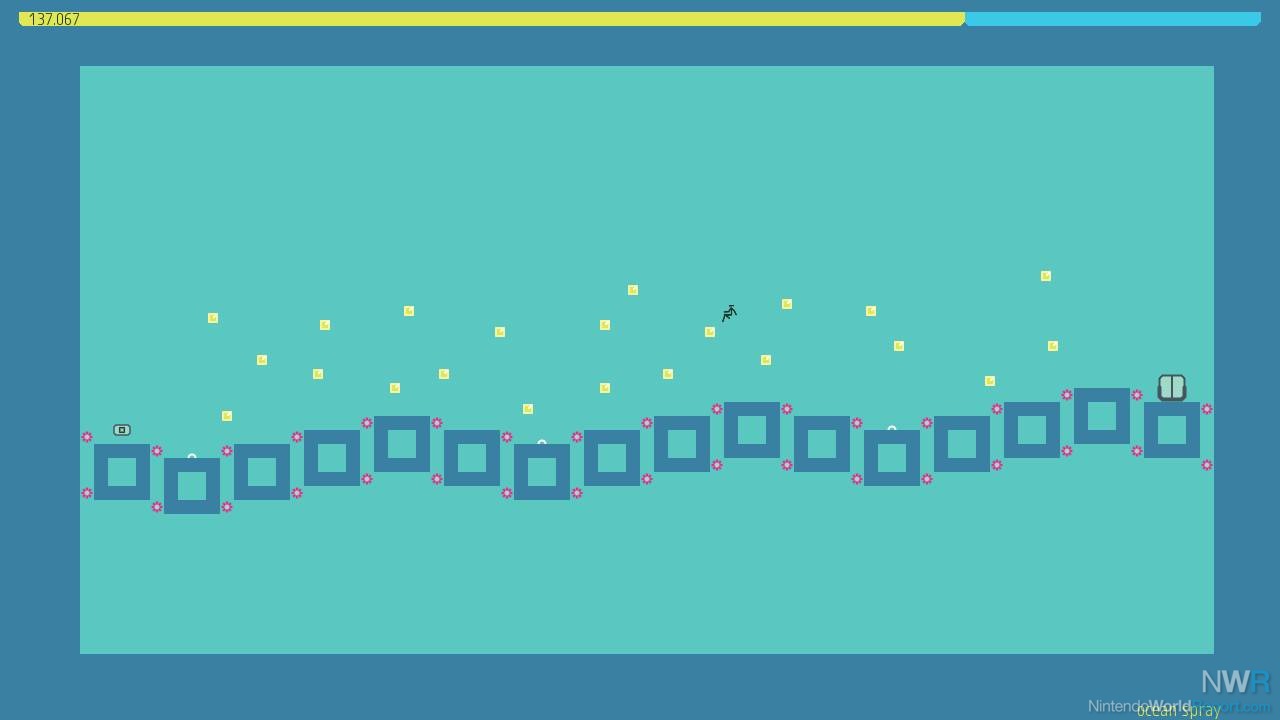 Though this may come as no surprise, the main hook that stood out to me the most were the controls of the ninja. The physics are easy to pick up and play and understand, and the developers really put an emphasis on using momentum to your advantage. And although the gameplay is simple, it’s amazing how much the design explores and expands upon it over the course of the game.

Four main modes are available to choose from, and boy howdy are there a lot of levels. Solo is the first, and serves as the main campaign of the game, divided into four different categories: Intro, N++, Ultimate, and Legacy. Each of these categories can offer up to 95 different episodes, and those have five levels in each. As I said, TONS of levels are included. The ninja only has 90 seconds of life to get through each episode, but time can be refilled by collecting gold sprinkled throughout each level.

The Hardcore mode is very similar to Solo, with some added twists to make the gameplay a little more tough. While completing these levels gets extremely difficult, it never felt cheap or impossible no matter how far I got, and best of all the levels (for the most part) had a unique hook to play around with. 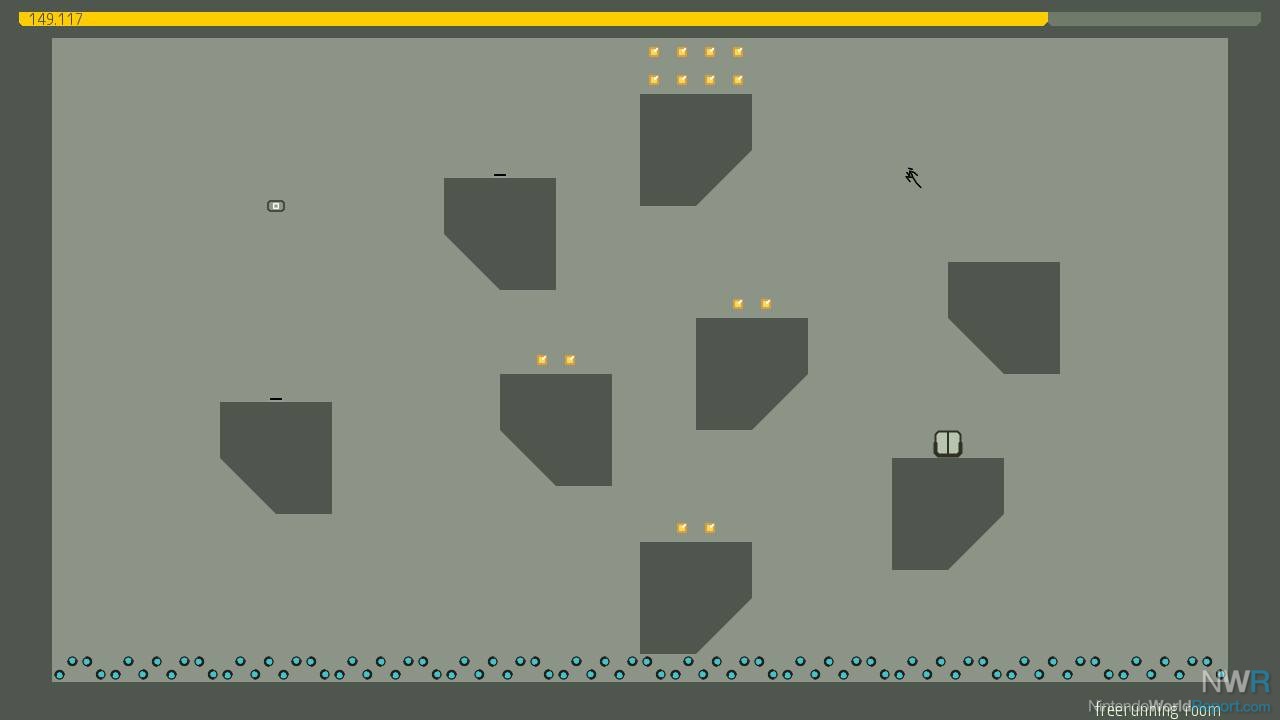 Co-op is the third main mode, featuring levels designed to be played with more than one player. These require players to sacrifice themselves in order to progress, and can help present an interesting puzzle mechanic not really seen in other modes. The Joy-Cons are naturally fantastic for this mode, though the very small characters on the screen could pose a problem when playing undocked.

The last main mode Race is a pleasantly quirky take on the standard run-and-jump game, and is a blast when played with up to 3 other friends. As the title states, players must race through episodes trying to fill their life bar the most and reach the end first. Because of the nature of some of the obstacles, players can set up traps while traversing each segment and this results in a fabulous party mode, complete with frantic exploding limbs bouncing all over the place. 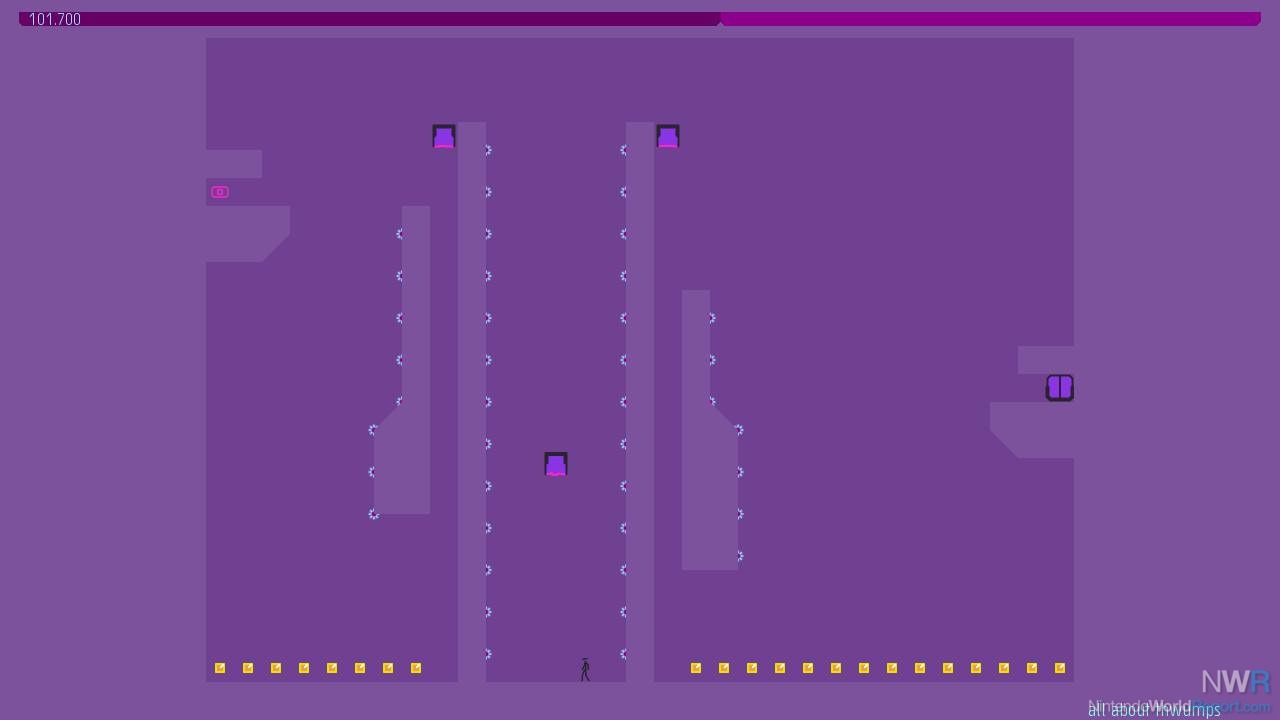 If the seemingly billion levels included aren’t enough for you, or if you have that good ol’ fashioned creative itch, the level editor included is quite impressive once you can master the controls. I’ll freely admit that while the potential of level creation is great, it took me entirely too long just to figure out how to delete a tile. Unfortunately the touch screen on the Switch isn’t available to use for creating, making the player rely on buttons and analog sticks. After a while of playing around, I was pleasantly surprised at how fast I could create what I was thinking up in my head.

All in all, content-wise N++ is a fantastic package. With the level editor more levels are available than you could probably play in a lifetime. And while the game’s atmosphere isn’t it’s strongest attribute, what it lacks in interesting aesthetic it makes up for with diversity in level design. If you have a buddy around, the multiplayer options are great for jumping and racing through the episodes. So if you’re a fan of simple platformers and you want to be a ninja, then the N is a great game to teach you the spiritual, cognitive and physical training needed. Plus plus.