After the 24-karot diamond that is Runner2, Runner3 is a cubic zirconium.

Let’s set some context for my fevered anticipation of Runner3: Its predecessor, the aptly named Runner2, from Choice Provisions (formerly Gaijin Games) was one of my favorite games the year it came out and is likely one of my favorite games ever. So you might understand when I say that my expectations were high, but also measured. Choice Provisions had done this before—nearly flawlessly—so they clearly knew what they were doing. How could Runner3 be anything other than a surefire success? Unfortunately, that’s not the case as Runner3 takes everything that made Runner2 so magical and throws it, bodily, out the window. The resulting corpse is recognizable but horribly malformed.

Initially, things seem pretty much the same: Commander Video and his daring band of derring-dos jog merrily through an elaborate set of obstacle course stages set to the tune of enjoyable music, their footfalls keeping in time with the beat while avoiding roadblocks and collecting precious gold bars. The overall structure is the same, with three worlds consisting of nine stages, a boss, and some bonuses. And that’s where the similarities end. 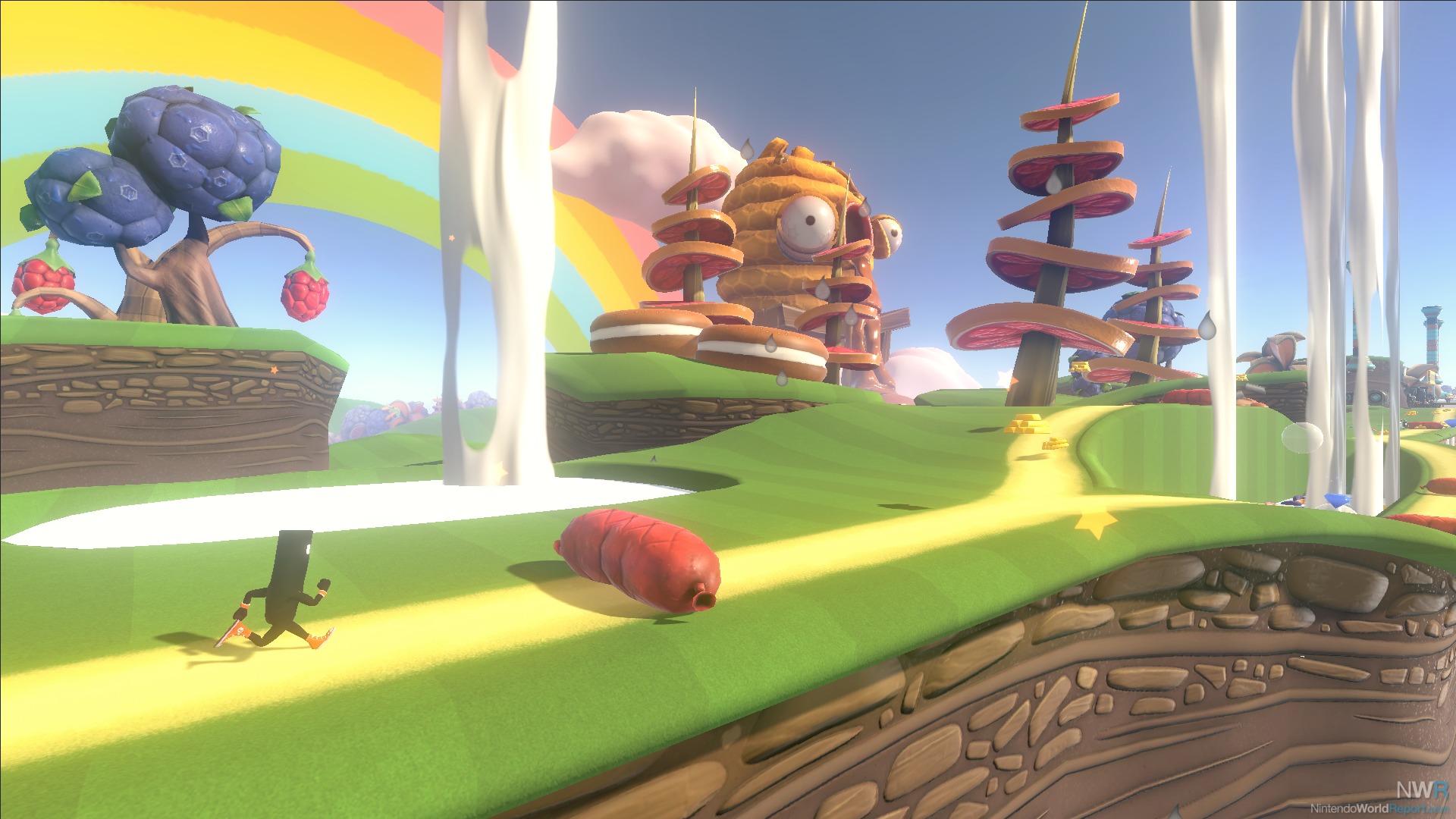 Runner3’s stages are stretched out into interminable lengths. For comparison, a very long stage in Runner2 might have you collecting between 50 and 60 gold bars, whereas every single stage in Runner3 teases you with 100. The longer stages don’t benefit from any added accessibility though as only one checkpoint sits in the middle. As the stages are now absurdly long, Choice Provisions had to find ways to keep you engaged. They do this in many ways, some of which are successful.

For one thing, they added vehicles. Commander Video ‘n’ Friends can now commandeer cars, planes, rocket barrels, a giant caterpillar, and even (this is my favorite) a bowling ball, among others. I found the majority of these sections very enjoyable, though the rocket barrel gave me troubling flashbacks to Donkey Kong Country Returns. The vehicles give Runner3 an opportunity to tweak the perspective and it’s surprising how well the change of pace works.

Other additions are not quite as successful. Runner3 alters the language of the previous two games, as obstacles appear seemingly out of nowhere, requiring preternatural knowledge of the stages. While the other games have a consistent logic with certain types of enemies and obstacles requiring a jump, slide, or a kick, the challenge here often feels cruel and vindictive. Platforms fall out from under your feet. Obstacles rain from the sky directly in front of you. Enemies miraculously appear along a path laid out by gold bars just to mess with you. Unexpected events destroy any sense of fluidity you’ve achieved thus far and keep you from getting in “the zone.” Some stages, which would only last about two or three minutes to complete in one go, took me the better part of an hour to get through precisely because random, uncontrolled stuff kept popping up. Runner2 succeeded in part because you did not have to memorize the path in front of you—you simply reacted. 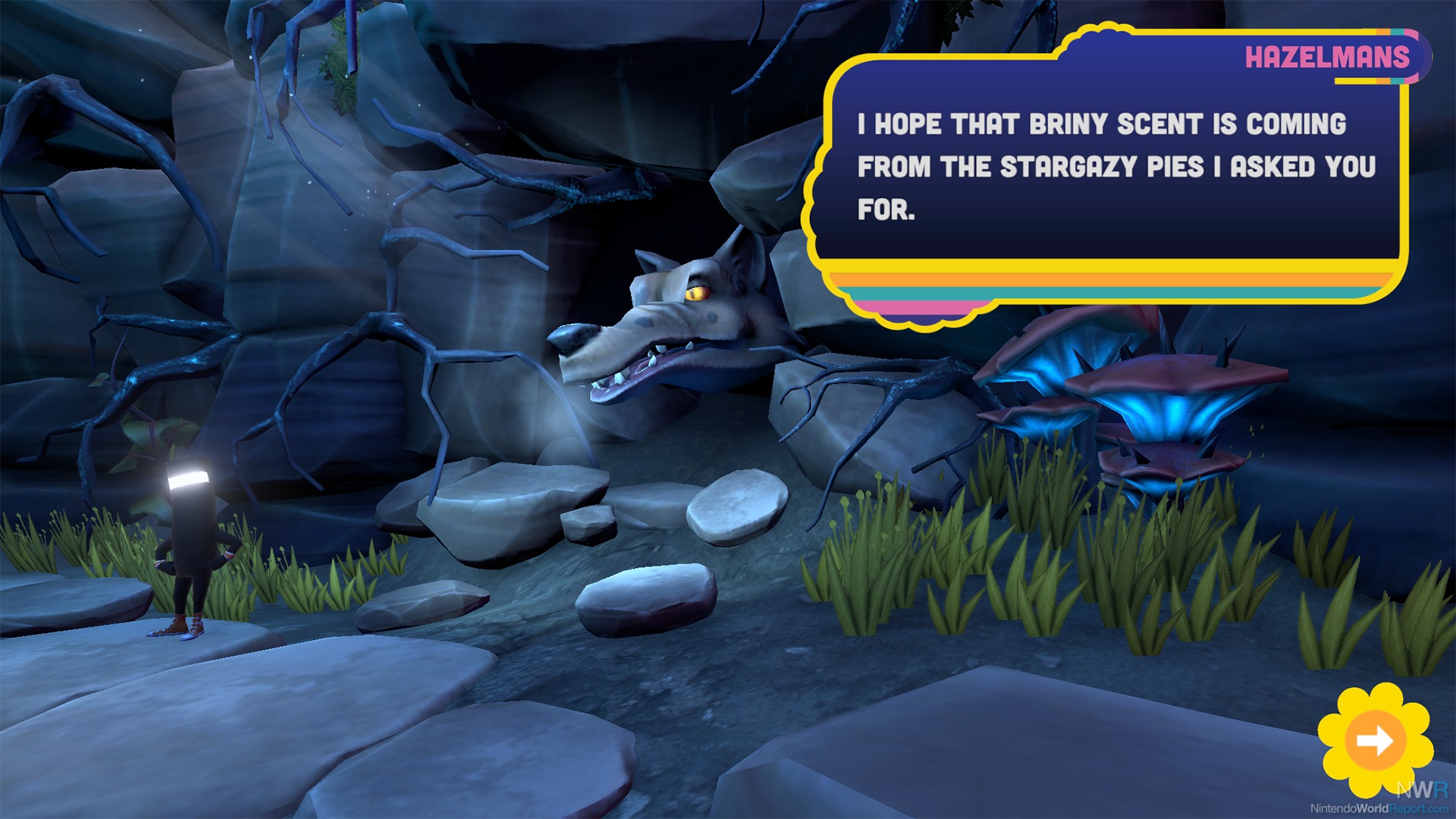 This ties into Runner3’s masochistic difficulty spike. While Runner2 has variable difficulty settings, Runner3’s levels are merely split into two paths: the initial gold path and the alternate gem path, only unlocked after beating the level once. The gem paths are generally harder, but the difficulty is somewhat inconsistent. Both skew towards very challenging and often I had better luck getting the gems and gold on the supposed more difficult gem path. Still, the game’s difficulty starts harsh and just gets brutal. If you don’t have prior Runner experience, it can get maddening--I quickly abandoned any hope of getting 100% on this one, which is a disappointing because I’d 100%’d previous Runner games.

The game looks very pretty, generally, and the music is usually excellent. When you have the volume up sufficiently high, the music syncs with all the actions and gold bar-grabbing and that produces a joyful response. The writing is phenomenal and always worth a chuckle. Charles Martinet (the voice of Mario) is, as usual, a delight as the Narrator. And Runner 3 does do something I genuinely enjoy: Hero Quests. It’s the other big addition to the formula: certain stages contain large NPCs who will task you with…something that usually involves finding things in other stages…and when you find those things and come back to the NPC, you unlock a new character. Yes, this means there are lots of characters to unlock. It also encourages you to be observant on your traversals when you aren’t busy avoiding being sent all the way back to the beginning of a three-minute stage because you didn’t anticipate the floor falling away. It’s not a perfect system, but I appreciate the intent.

There are also new retro stages. Unfortunately, they’re not aping any particular older console style, instead going for kind of a “cheap Flash animation” vibe—of which they’re successful. Commander Video isn’t running anymore as the retro stages are action platformers with no directed running of any kind. It just doesn’t fit. There’s nothing particularly Runner about it.

There are also boss fights, which are usually quite good in that the bosses are ridiculous (gotta love those giant owls) and feature multiple checkpoints—so they have a leg up on the normal stages.

I don’t know how much else I can say about this, but I imagine you get the point. Runner3 is a massive disappointment. A couple days ago I wondered if maybe I’d misremembered how good Runner2 was. Maybe it also had these irritating flaws and I was blocking them out? I sat down and played the previous game for almost an hour straight, completely enchanted. Replaying Runner2 just cemented why I don’t like Runner3: it is a frustrating, inconsistent mess of a game that feels like work—a complete misfire.

I didn’t expect to walk away from Runner3 so disappointed. I hold Runner2 as one of my favorite games in recent memory (I gave it a 10/10 at launch!) and Runner3, while still fun in spurts, tore down so much of what I loved about the previous game. The biggest problem is in the cruel, “gotcha!” level design. Obstacles appear almost out of thin air. Camera shifts hide enemies. Platforms inexplicably fall. Levels stopped being fun rhythmic experiences and quickly turned into rote memorization. Making it worse, the longer levels and singular mid-level checkpoint make it so that the repetition gets exasperated as you redo chunks of levels after getting continually goosed by out-of-nowhere enemies and barriers. It’s positively maddening.

The saving grace for the levels is that I found that the Hero Quests added some fun replayability. Three characters are hidden in each world, each asking for you to find three items in other levels, all leading up to unlocking a character. This emphasized the better aspects of the level design - the criss-crossing alternate paths and relative malleability. Searching for those unlockables is fun because they mostly didn’t emphasize perfect play; all you have to do is get to the item by any means necessary. They were shorter chunks of the too-long levels that you had to get through. 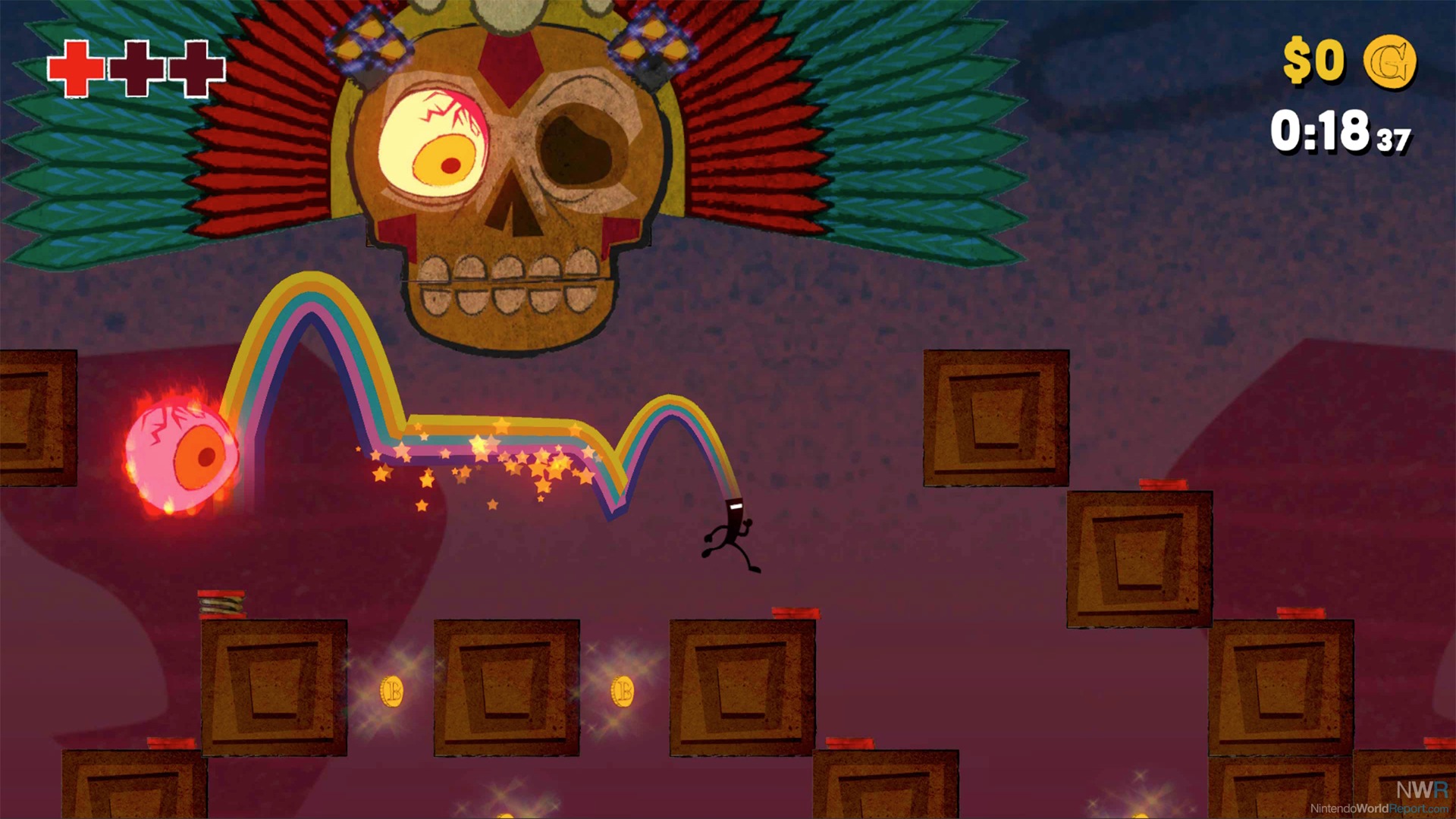 I wanted to love Runner3, but it’s too frustrating of an experience to ascend to any higher commendation. I’m confused as to how the response to the eminently accessible Runner2 was to make its sequel bitterly hard with no recourse. My enjoyment was consistently interrupted by too much frustrating repetition, an aspect that soiled my affection for the overall style and excellent character selection (Dave, Shovel Knight, Charles Martinet, and Eddie Riggs!). The only people I’d wholeheartedly recommend this game to are the ones who thought Runner2 was too easy. This one’s for you. It sure as hell isn’t for those who want a gentler stroll or don’t have experience with the series.

I was very worried about the game ever since the first trailer. It was pretty clear that they were going to make too many changes. I am no longer in any hurry to buy Runner 3.
Its sad because Runner 2 was so amazingly good.

Well, I've never rushed to cancel a pre-order so fast. This is a bummer I was really looking forward to this game but I absolutely despise these cons.

Well, I wasn't the biggest fan of Runner 2 lengthy levels already, so I guess I'll be passing on Runner 3.

Well, I wasn't the biggest fan of Runner 2 lengthy levels already, so I guess I'll be passing on Runner 3.

Agreed, I felt 2 pushed the limits of how long those levels should be without adding more checkpoints.

I liked Runner2, but couldn't escape the feeling that it was blown up past what the basic gameplay could really support, and thus Runner1 was the superior, more proportional game (and didn't have the readability issues of the 3D backgrounds of 2). I was skeptical of 3 for that reason, but yikes, didn't think they'd go into a confused tailspin like this.