Embark on a journey through decades of fake gaming history.

The Adventures of Elena Temple is a platformer that has gone through numerous iterations on just about every game console out there – or at least that’s what developer GrimTalin wants you to think. In reality, this game is not a three-decade-old masterpiece – it actually previously released on Steam two months ago. Don’t let that stop you from picking this up though as it plays like a classic. 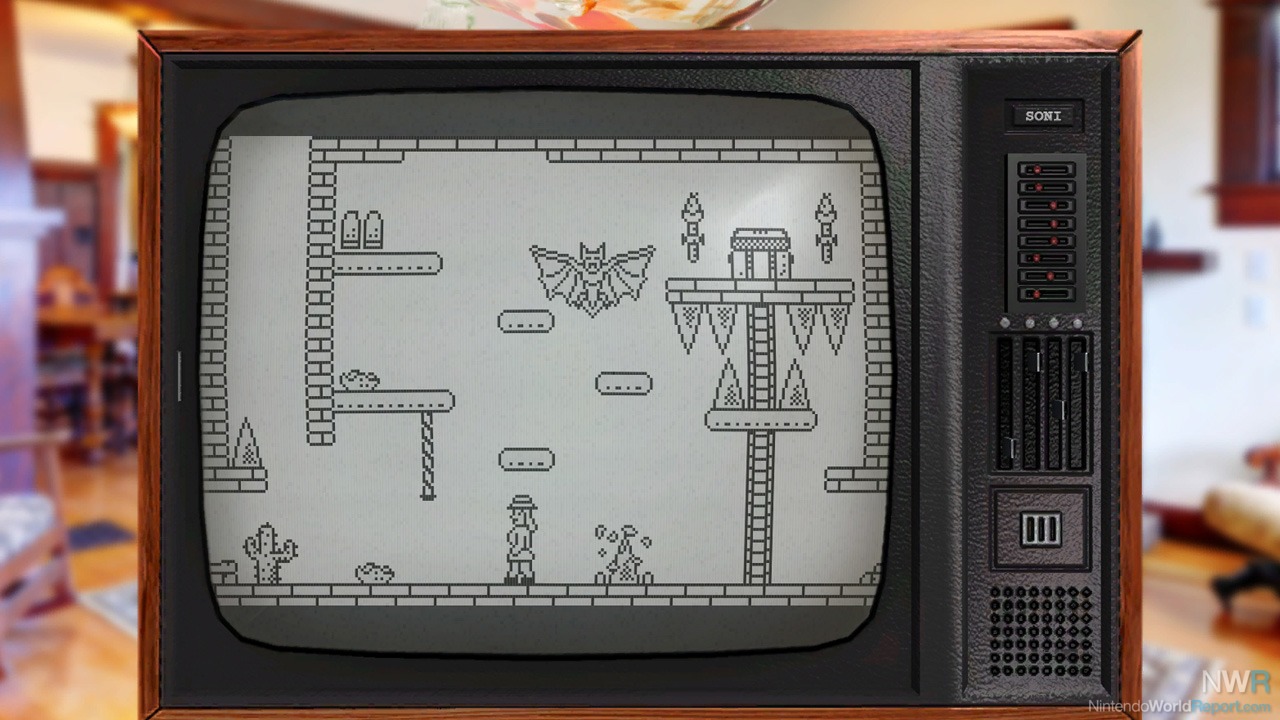 The gameplay is typical of any Metroidvania platformer – progress through each room of a dungeon collecting coins and gems along the way. Elena is able to shoot but is only able to have two bullets at a time. This makes you think instinctively when deciding whether to shoot or try to find another solution. If you waste bullets, you’ll likely be forced to run to another room to find more, which isn’t always ideal as the room’s challenges will reset themselves.

Coins are either scattered throughout the levels or hidden in vases for Elena to shoot open. Gems are more rare – with eight of them found in chests. I was able to complete the game in just under two hours, which consists of finding 99 coins and all eight gems. While there are some tricky platforming moments, most of the difficulty comes in finding the paths to the specific chests you are looking for. 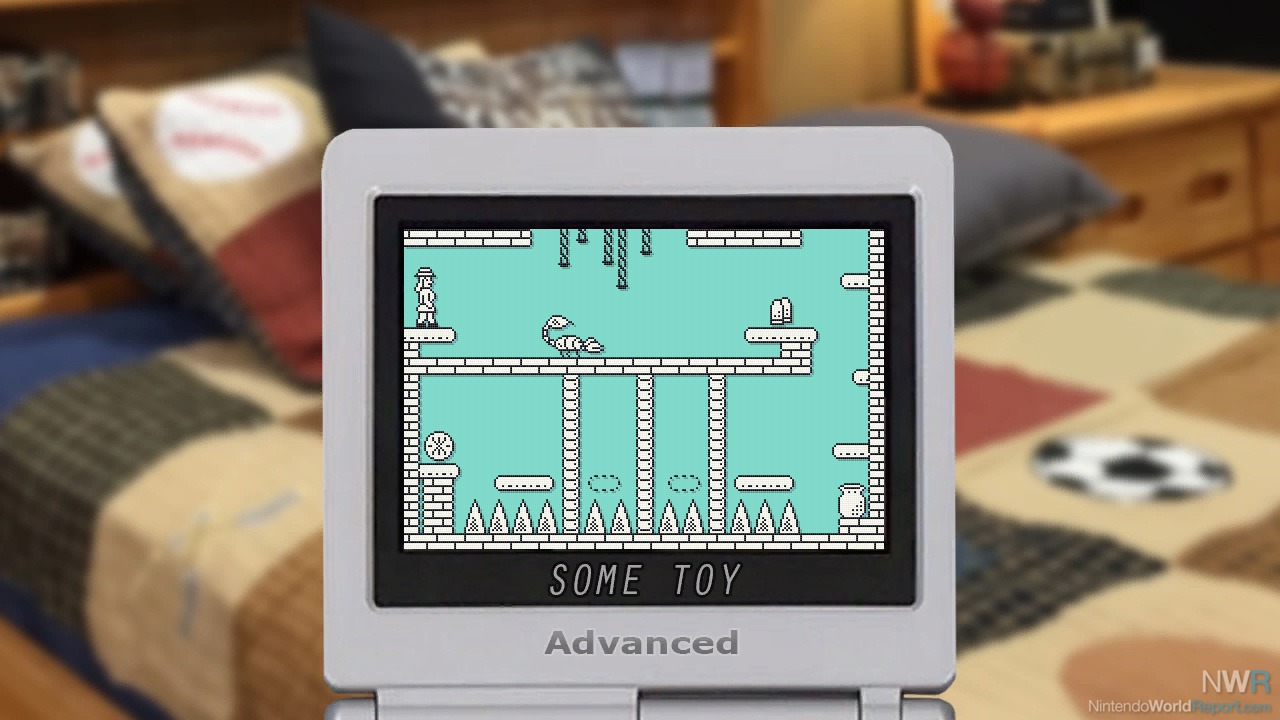 Upon launch of Elena Temple I was presented with a gallery of generic versions of real game consoles. Each one has a paragraph of context below it, explaining how The Adventures of Elena Temple was adapted for each machine. You can play the game on each console and go back and forth as you please without losing any progress. There are different visual effects on each console to fit the specific era – but the sprites, sound effects, and music remain the same.

Although the ability to play on different consoles is a fun novelty, I felt that the soft focus backgrounds behind the simulated consoles were distracting. I understand that this was intended to mimic being in a real room with these handhelds, but playing the game itself is enough to replicate an old-school experience. There is no way to make the game full screen, which makes it hard to focus on the gameplay. Plus, on systems such as a faux Game Boy the screen is so small that it is impractical to play for more than a few minutes.

The Adventures of Elena Temple is a great platformer in a super-cool package of retro novelty. If what you’re looking for is a quick fix of good gameplay with some old-school flair, this is a perfect choice. However, if you are looking for extensive exploration or near-impossible platforming, this experience may be underwhelming to you.