Technical issues aside, Nightwar is an excellent well-crafted modern take on the classic JRPG style from a Western developer.

In the fallout of THQ’s demise, Darksiders developer Vigil Games closed down, with the studio’s scattered ashes forming a pair of companies over time. One of those developers - Airship Syndicate - went on to revive founder Joe Madureira’s long-dormant (and eternally delayed) comic book series Battle Chasers and bring it back after almost two decades. Following a successful Kickstarter in 2015, Battle Chasers: Nightwar brought the old heroes back in JRPG-inspired fashion. The result is a gorgeous game that doesn’t always run the best on Switch but has enough else going for it that it’s worth putting up with lengthy load times. 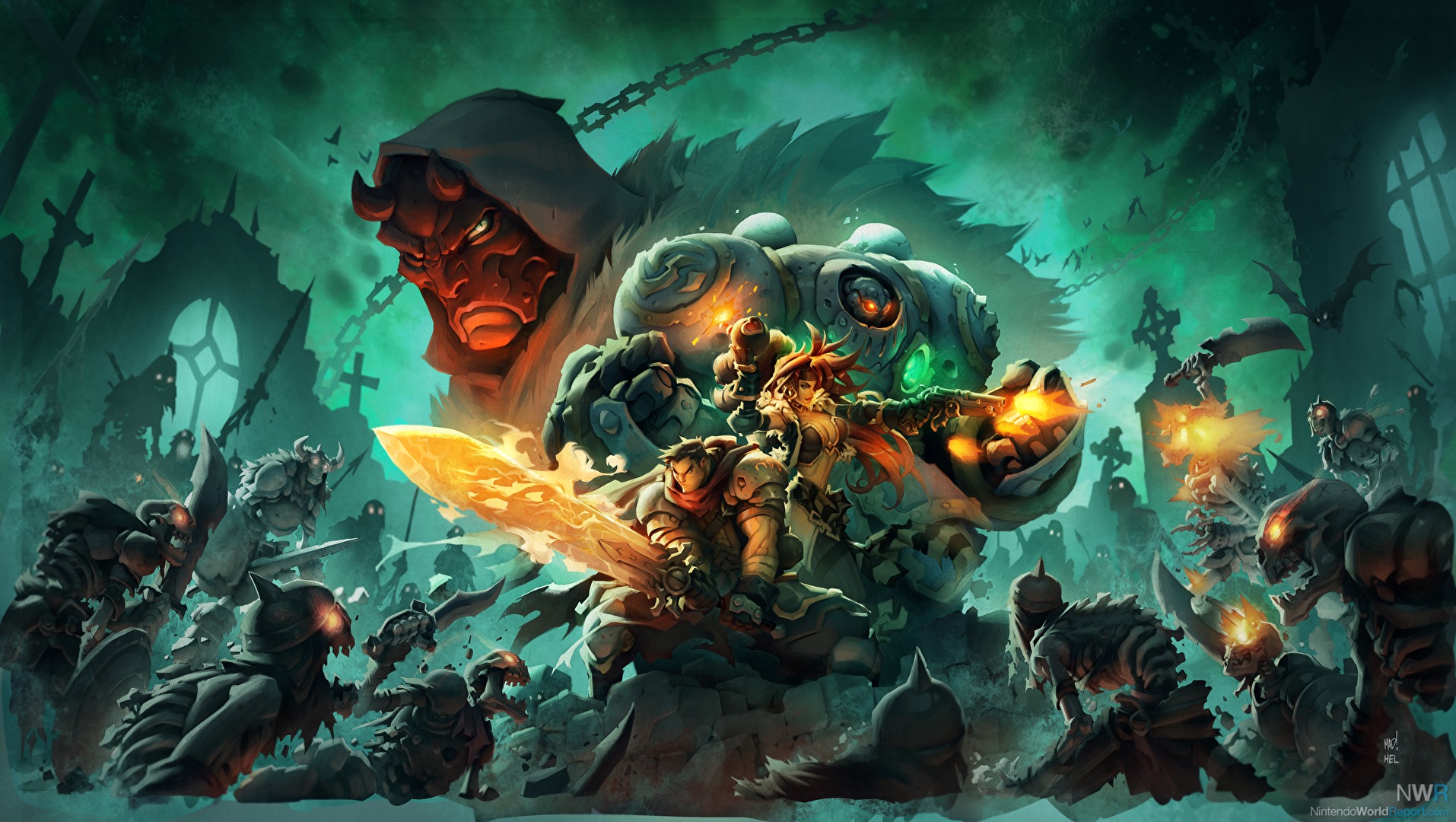 Much like how Darksiders was a Western take on 3D Zelda, Nightwar is a Western take on the Japanese RPG. The turn-based battle system at the forefront is largely traditional, complete with basic attacks, status-buffing boosts, and special abilities. One of its better additions is the concept of overcharging. Most basic attacks add points of overcharge, which adds extra mana on top of your regular supply. This idea grows more complex over the course of the game, but at its core, it helps dictate the flow of battle. Your first round of fighting should almost always involves basic attacks that help boost overcharge, and then you have much freer reign to use more powerful special abilities. 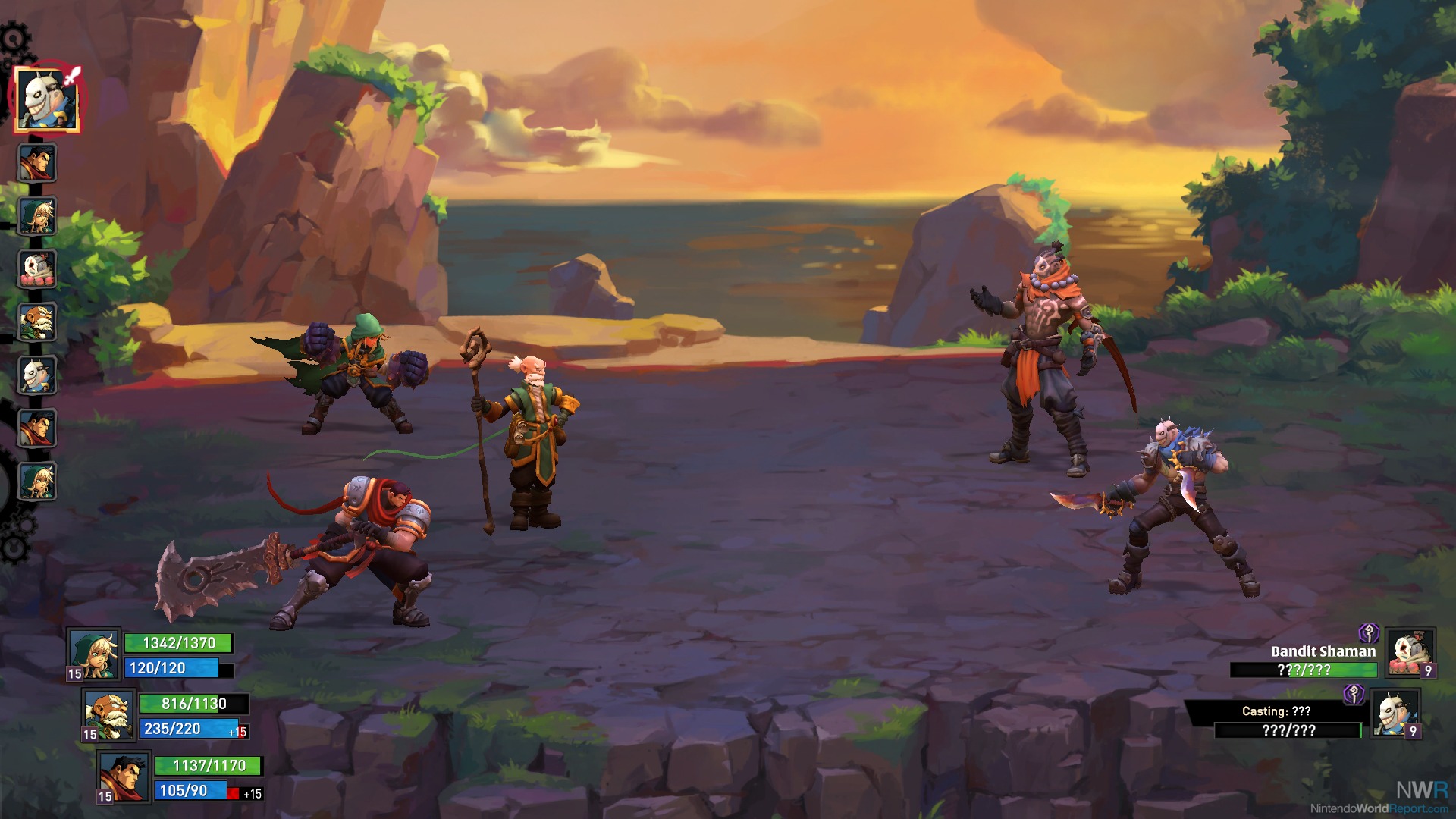 The combat grows increasingly complex and varied as you unlock more abilities and characters. An easy-to-respec point-based Perks system lets you tweak a character to be more offensive or focus more on healing and defense. A dizzying array of options and moves offers a lot of room for experimentation, to find out the way you want to use each character in battle. While the turn-based system does become well-worn over the course of the adventure, enough nuance is added along the way to keep it engaging. For better or worse, the difficulty does take a turn for the steep in the back half and grinding almost becomes a necessity. It gets a little rougher when you have more characters than can be active in your three-person party as unused characters don’t gain experience. That sucks because all the characters have a lot of combat depth, but it’s a chore to keep them around the same levels. As I neared the end, I just picked a trio and stuck with it, even though I loved the design and style of all of them.

In general, the character design is excellent, owing a lot to the original comic book series. Madureira’s style comes through beautifully in the artwork and animation. New enemies were exciting to see not only to figure out how to defeat them, but also to just see them in their visual splendor. The tone-setting music and good voicework help round out the presentation, which is across-the-board aces. This world is fun to look at and take in.

While overworld traversal is done simply on a mostly linear point-to-point map, dungeons are more expansive, complete with procedural generation, puzzles, traps, and more. In handheld mode, the isometric areas are challenging to navigate, as details are harder to make out, especially in darker environments. When you enter a dungeon, you can choose one of three different difficulty levels that have increasingly greater rewards. While this exploration might be one of the lesser aspects, the fact that you can revisit the areas for more experience, a slightly rearranged map, and greater rewards is excellent.

The absolute lesser aspect of Battle Chasers: Nightwar is the technical issues, though. Load times are long, especially when bouncing between the overworld and dungeons. Those often last about 10 to 20 seconds. Sometimes just entering a battle takes a few seconds too long. The game looks fantastic on Switch in general, but the load times are a drag on an otherwise excellent experience. I also experienced occasional audio hitches, but that never affected gameplay.

As long as you can deal with some longer load times and some hazy handheld dungeons, Battle Chasers: Nightwar is an excellent modernized take on the old-school JRPG. The combat system is deep and rich, packed with customization and variety. The overworld is nicely streamlined and the dungeons, aside from being a tight fit on the Switch screen, are fun to explore. To top it off, the Joe Mad art is excellent and the overall presentation is superb. Nightwar is truly a fantastic RPG, and if you could wipe away the minor technical woes, it’s one of the best available on Switch so far.

Only seven months late, but I am glad it is finally coming out. Too bad about the load times. How was the frame rate?

This game is great! Don't forget about it people, it is worth your time!

It was a long run, over 50 hours for me but I'm slow. Very enjoyable game! check it out if you like JRPGs!