If you’ve been mummified in order to live forever, then taking a long time to “wrap” a run isn’t a problem. I’m sorry.

Immortal Redneck sounds like a good fit for Switch, a run-based roguelite first-person twitch shooter. Something you could play for short bursts, before putting the Switch to sleep. However, a handful of decisions keep that from being true, and at the same time keep this game from being a real blast. 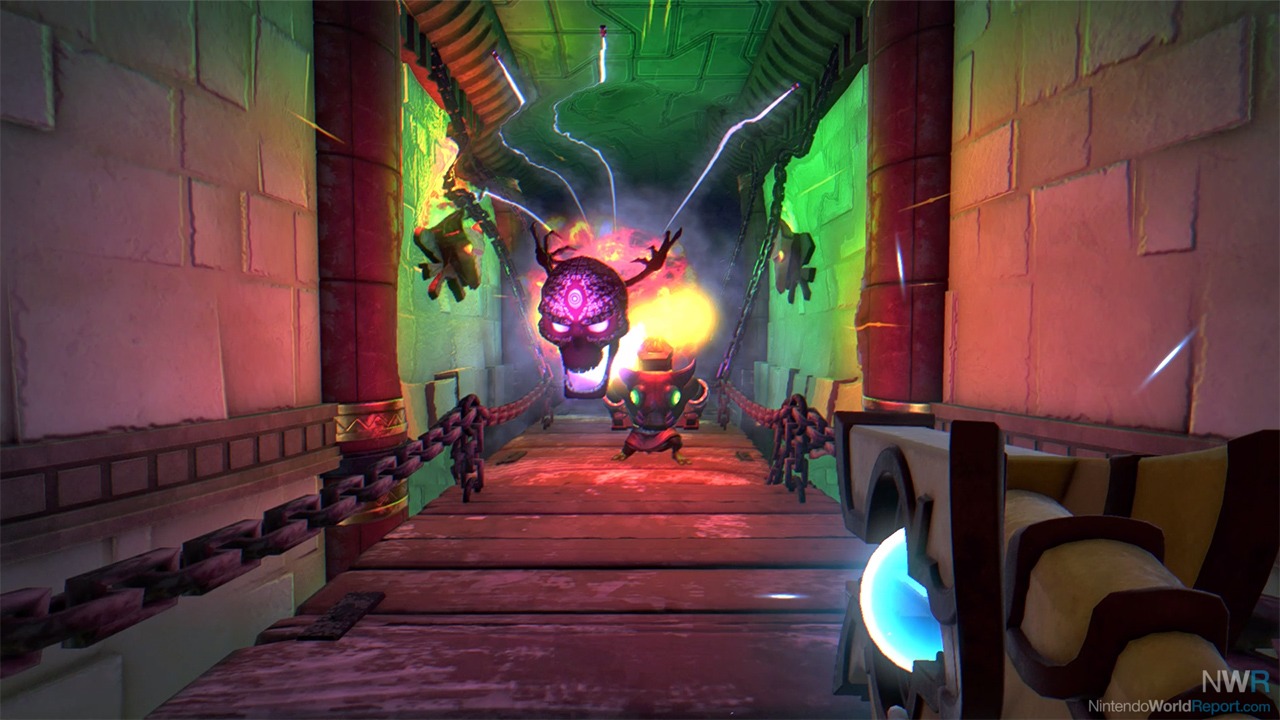 These guys are about to have bad time.

Immortal Redneck has our titular hero, mummified following an accident off-roading in the Egyptian desert, climbing his way up three Egyptian pyramids, filled with monsters and mummies. Each floor of the pyramid is comprised of a randomly generated assortment of rooms. Killing all of them is required to unlock the doors, in order to seek out the stairs to the next floor. Defeated enemies will drop health, ammo, money, or random buffs (some of which have a negative impact). With each death, you respawn outside the pyramid, where you can spend the gold collected on your previous run to increase attack, defense, or buy the “favor” of gods in order to access unique powers. You can also buy temporary buffs and items that do things like keeping the map from remixing during the next run, in exchange for no money spawning during that run.

The problem is the runs can get really long. Every few floors you confront a boss, and clearing it allows you to move up the pyramid to the next section. However, because the floors are randomly assembled from pre-constructed set of rooms it can be difficult to find the way to the next floor. Chains of three or more rooms can ultimately end in a dead-end, having done nothing but drained your health and ammo. Rooms packed with enemies can make the process of clearing your way to the stairs feel like a real chore. The rooms themselves are reused, so while their location might be unique you're ultimately still replaying the same rooms, and there are definitely some that become unwelcome sights. 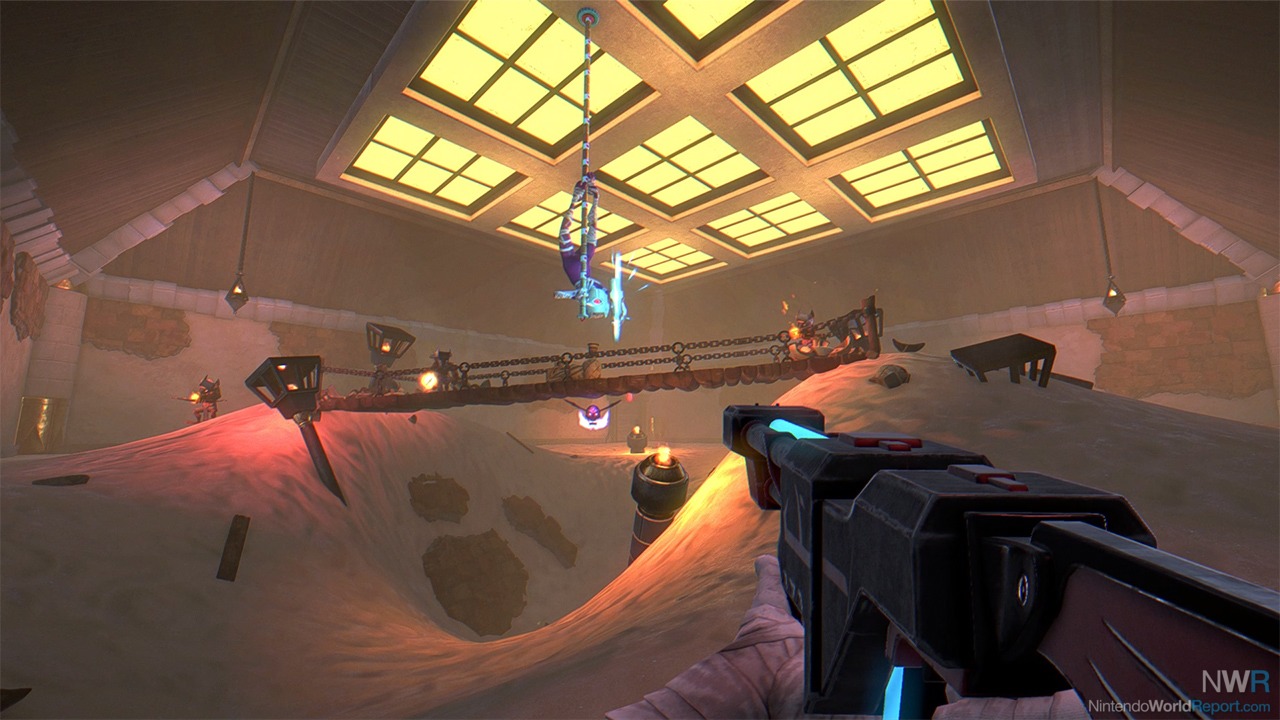 I’ve had multiple runs get close to 30 minutes, and it just feels a bit too long - especially when you ultimately fail to beat a boss and unlock the next checkpoint. The incremental progress from increasing your stats just feels slow. Most of my successful runs came from getting lucky with a drop, such as finding an item that refills your health if you die or one that reveals the entire map. But these are random, so the odds of getting the item you need, on a run where you’re positioned to take advantage of it, are not great.

It’s a shame, because this is a mechanically solid first-person shooter. The gunplay is fast-paced and the character movement is smooth. The aim-assist is aggressive, drawing your bullets towards targets in their general vicinity. The number of enemies shooting demands constant movement and situational awareness. It would be preferable if enemies didn’t emerge from the ground, often in your blind spots, only to score cheap hits, but in general that situation is manageable. The only downside is this game consistently asks the player to jump between platforms, and it isn’t always easy to make sure you land on the platform from a first-person perspective.

Some of the weapons are a blast to play with, such as the rocket launcher and the shotgun, but others feel decidedly underpowered, especially as enemies get stronger deeper into the pyramid. A good mix of weapons represent the titular “Redneck” (potato gun) as well as weapons themed around Egyptian theology (flaming cat claw). It would be nice if weapons dropped more frequently, as you’ll spend most of a run using the default weapons in the loadout you selected at the start. More variety would break up some of the repetition, and finding yourself stuck with more than one of the underpowered weapons is frustrating. You can buy additional loadouts, but they can only be changed at the start of a run.

The game is colorful, and has an creative Egypt-inspired aesthetic that shows up in the world and its enemies. Sentient sarcophagi spit out pint-sized mummies, cartoonish cobras swarm around your feet, and depictions of Egyptian deities fly through the air. It also performs well, maintaining a smooth framerate and complementing the frenetic combat. 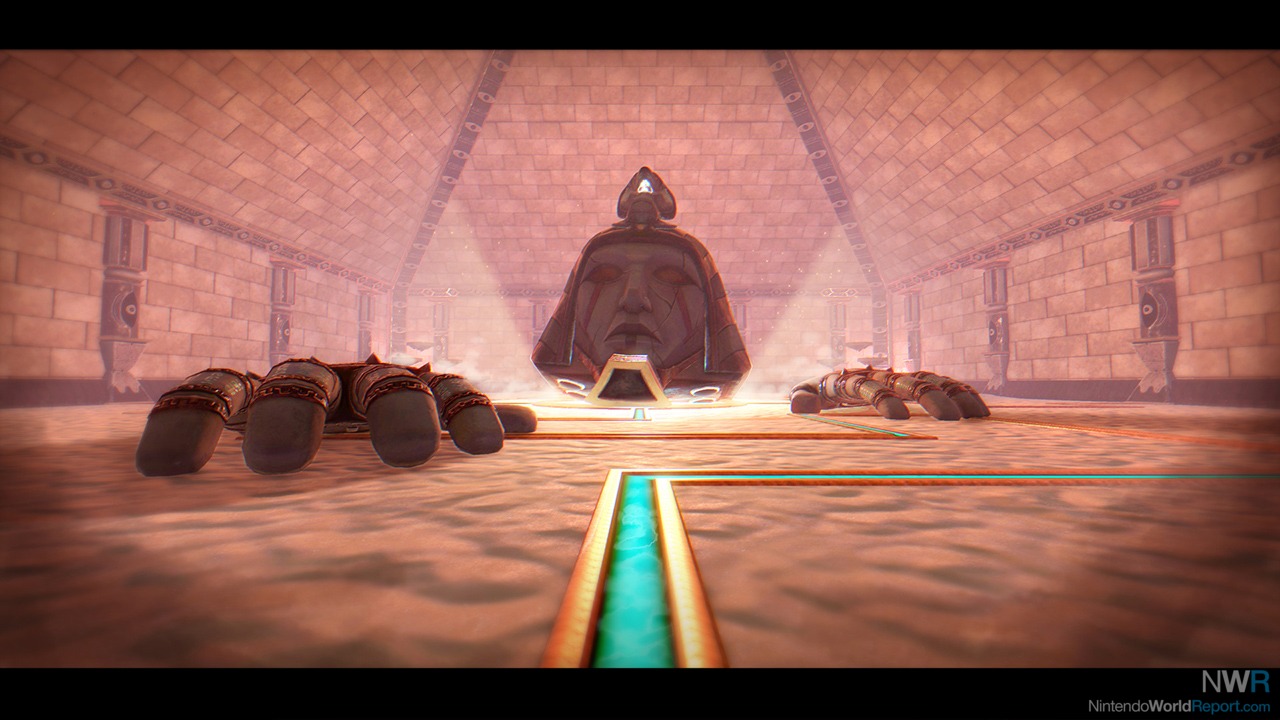 The boss encounters are an especially good mix of using the Egypt setting and creative design. They’re unique looking and require significantly more thought than the average room. Each requires you “solve” their fight, and while not especially complex, provide a nice bit of variety. Clearing a boss is deeply rewarding, and losing is absolutely crushing. Every loss just makes me wish I could get back to the boss sooner, so I can refine my approach.

The game’s humor is a bit trite. It leans into the redneck persona with as much elegance as you might expect from a Jeff Foxworthy stage show. The requisite FPS hero’s one-liners are about things like getting drunk in seedy bars and blowing things up for fun, all delivered with the necessary accent. It’s harmless; a thin window dressing on the game that largely is unimpactful. There’s probably more humor to be found in the redneck-made-mummy but it’s not here.

Immortal Redneck is a mechanically solid game. The shooting feels nice, the game moves well, and with the exception of some enemies being absolute bullet sponges and questionable decisions regarding platforming, it feels like a modern take on early ‘90s FPS like Duke Nukem, Doom, and Wolfenstein 3D. The roguelite mechanics and the run-based structure could serve this genre well, and at times it does provide replayability. However, buying enough stat boosts to really feel the impact takes a long time, and long runs that result in no meaningful progress frustrate. If you’re looking for a solid, retro-influenced, first person shooter on Switch then this game is worth a look. Just be prepared to die and restart a lot.

Thanks for the review, I now know it's a weird enough game to attract James Jones.