Raging Justice is exactly what it sets out to be. A throwback to your Streets of Rages and your Final Fights, this indie game is a beat-’em-up that harkens back to the days of the arcade. With that design philosophy comes some limitations, since by a brawler’s very ethos, it’s repetitive. While Raging Justice is successful at imitating its predecessors, the most notable thing about it is its fun visual style. The whole game tries to succeed by waltzing through nostalgia, and it doesn’t nearly excel at that as much as it should. 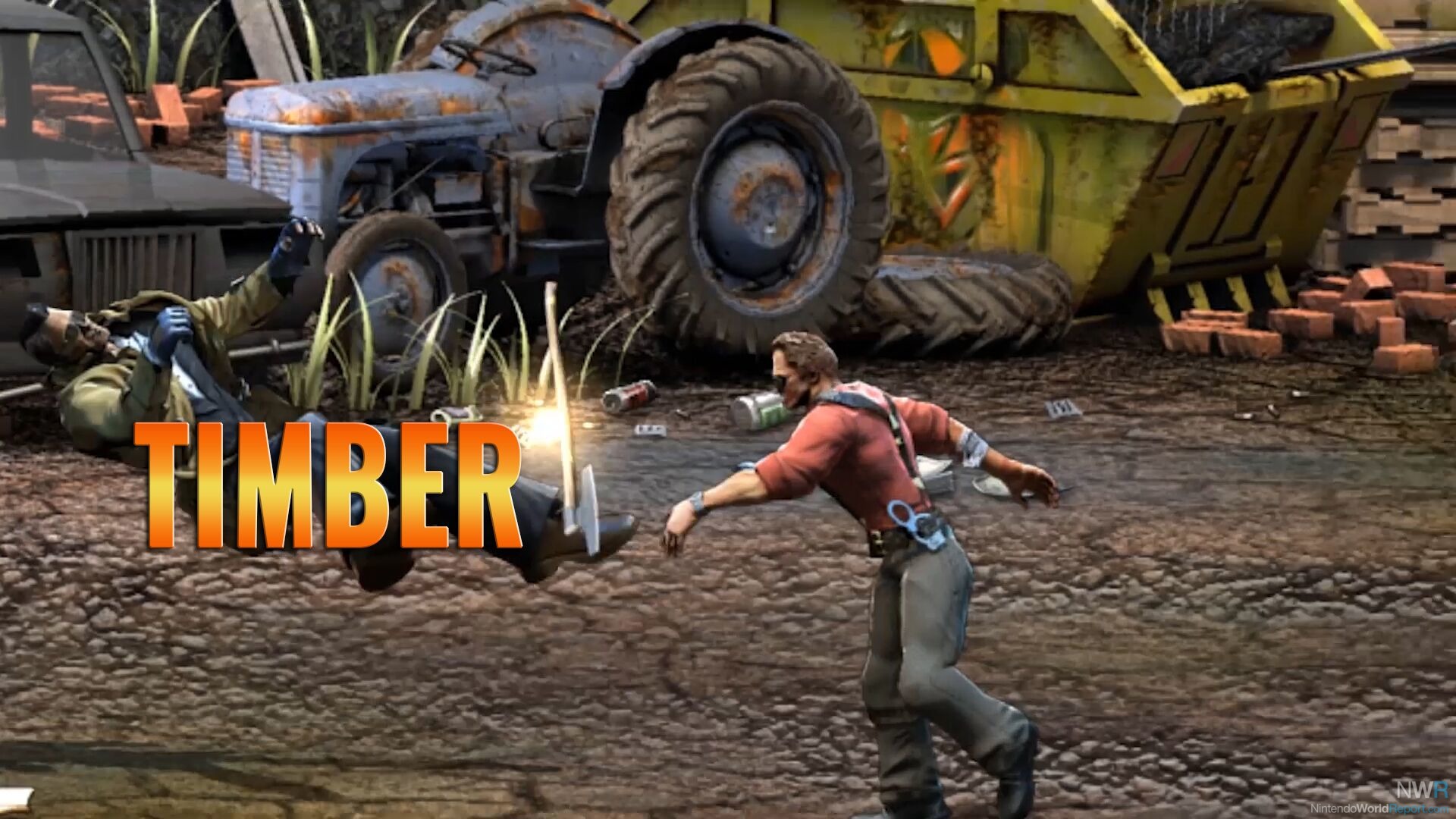 The basics are familiar, as the three heroes - Rick Justice, Nikki Rage, and Ashley King - can punch, kick, and jump in a variety of ways to knock down enemies in classic 2D style. It’s easy to hop in and start taking names, but the path to a high score is dependent on stringing together combos. High scores are one of the driving forces through the 10-stage story mode as levels are replayable, and online leaderboards track across friends and the world (there is no way to upload scores earned offline unfortunately). Wave-based brawling stages separate from the main story are also present, complete with their own leaderboards.

Raging Justice emphasizes two slightly more novel twists early on. You can pick up virtually anything in the environment to use as a weapon, complete with humorous flavor text that pops on screen when you use the items. “Home run” will flash across when cracking a baddie with a bat and “timber” pops up after slamming an ax. The other mechanic is the ability to arrest stunned enemies. It’s novel, but the button to arrest enemies is the same as grabbing an enemy and picking items up. Especially as the screen fills with enemies later on, too many issues of accidentally grabbing a nearby enemy instead of arresting them cropped up. It just becomes frustrating, even more so since it’s not terribly clear when enemies will become stunned and, when they are ripe for locking up, they’re very fragile.

This all ties in with a larger scoring idea of warrants. In each stage, a few enemies will have warrants out for them. You can earn a Good Cop bonus by arresting them or a Bad Cop bonus by hitting them with a weapon. Once again, it’s a cool idea, but in practice it’s tough to sift through because of the aforementioned problems with crowds and stunned enemies. It’s even worse when you tack on the fact that it’s alarmingly easy to be stuck in a damage loop where one enemy knocks you down and then another enemy hits you before you get up (and so on and so forth).

At least when you’re getting your head pounded in, the game looks nice, with a style that looks like pre-rendered stop-motion. Seeing comical characters move in a pseudo-realistic fashion is endearing, made even better by the fact that the three playable characters are distinct. The controls carry over between all three, but the burlier Rick Justice is slower and more powerful, while the teenaged Ashley King can hop all around the screen with crazy grabs and flips. It’s the saving grace of some of the convoluted details that the whole experience is just fun to take in - even more so in co-op.

Raging Justice is what it is: a modern take on a classic arcade beat-’em-up. If all you want is something that reminds you of the Double Dragons of yore, this is a fine way to burn through a night with a friend. But if you’re looking for something substantive or something that doesn’t have vexing controls and frustrating moments, this doesn’t deliver that. What you see is what you get. No more no less.