Life getting you down? No problem, start a religion.

The topics of animal slaughter and exploitation of religion are sensitive subjects. Opinions on these matters are delivered with caution and would be the last thing I would expect to see on a Nintendo console of all places. Somehow, Agatha Knife takes these potentially offensive topics and wraps them up in a point-and-click adventure game with a youthful comic book style. 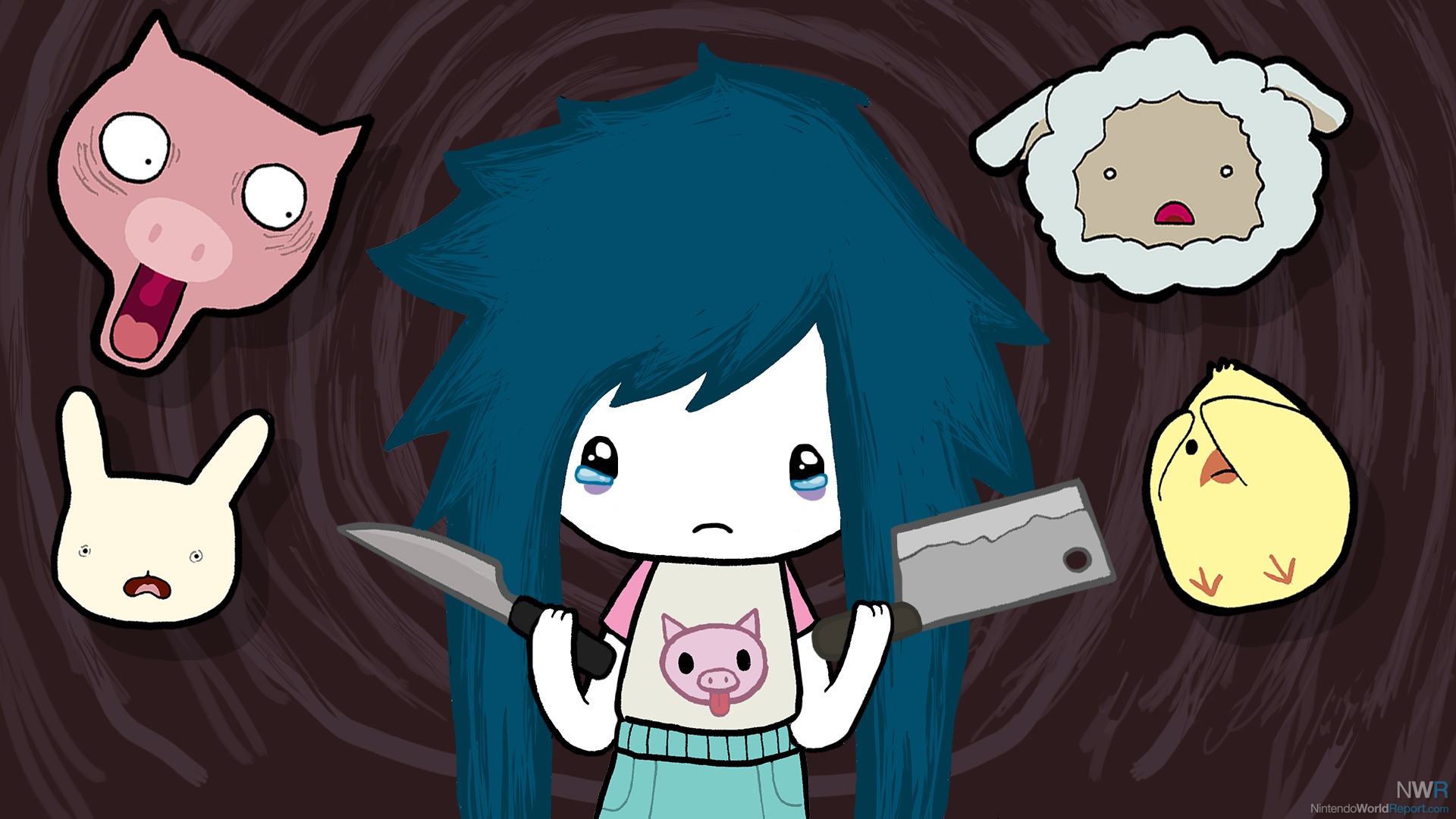 The story follows Agatha, a 7-year-old girl who works for her mother in a butcher shop. She loves to cuddle and play with the animals but always has to cut them up for her mother to sell every night. Conflicted by her love for the animals and desire to help her mother’s business, Agatha discovers a possible solution. After discovering the effect strange religions would have on people, she meets the director of a school that would teach others to start their own religions. The director enlists the help of a whimsical mentor and Agatha creates a religion of her own called “carnivorism.”

There is no lack of creativity here. The developers chose topics that would clearly be triggering to many people – but it doesn’t come off as preachy. The story, while being potentially repulsive to some, has a surprising amount of heart oozing out from a sarcastic and dark tone. Agatha is curious about the world around her and is a well-suited catalyst to the other clever characters and surroundings. The community around Agatha is also loaded with references – spanning from Miyazaki films to geek culture and even some internet memes. 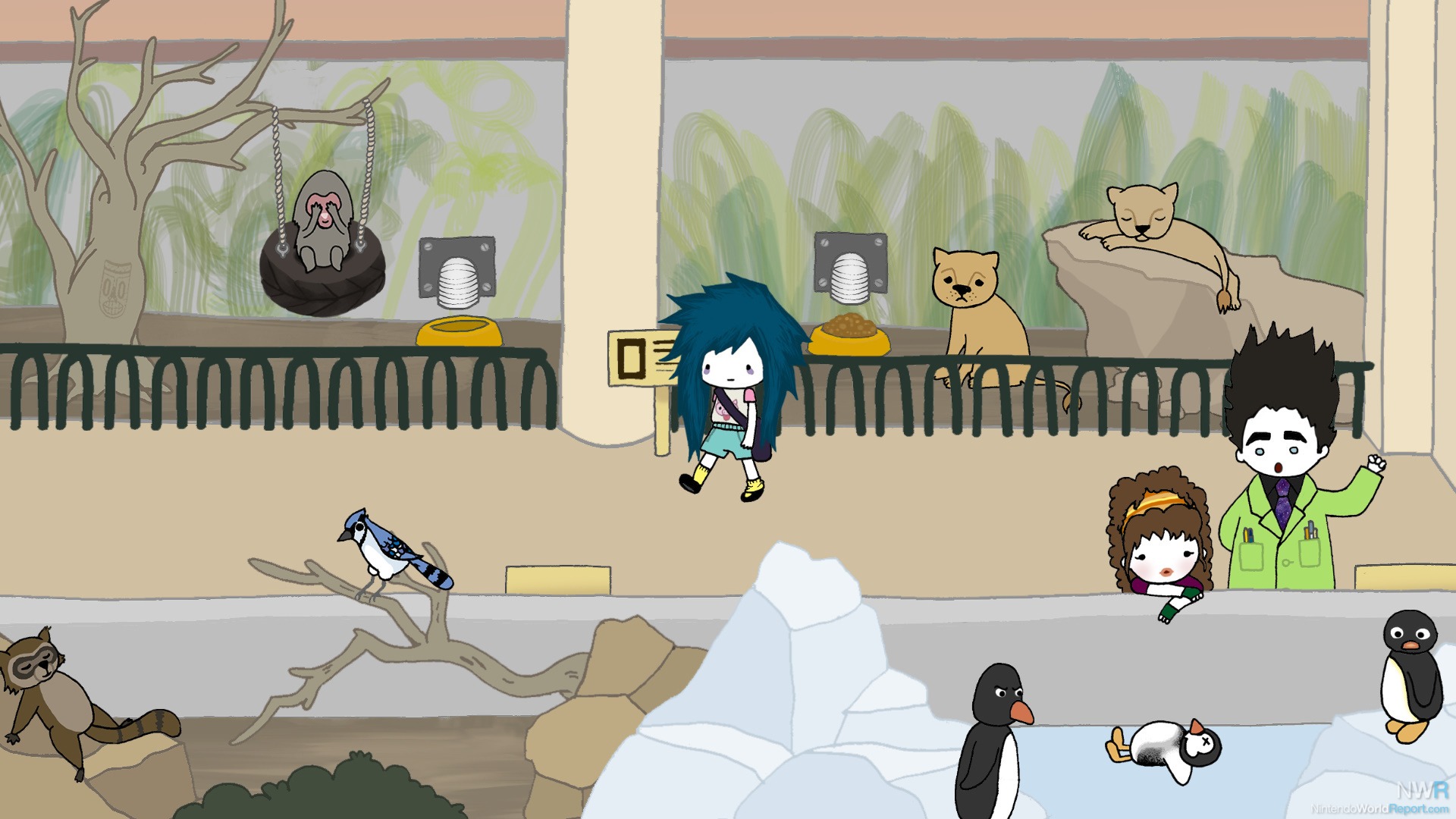 The unique art style is what initially drew me to this game, and it failed to disappoint. Any screenshot of this game would look like it came straight out of a fully illustrated children’s book. This style blends this youthful tone with the game’s surreal humor. All of the many places Agatha roams through don’t feel rushed by the artists and instead show intense attention to detail.

While the story is smart and quite enjoyable, the game doesn’t have much to offer in terms of gameplay variety. Most of my time was spent walking around and talking to people, maybe occasionally handing them objects from across the room. Don’t get me wrong – the story is worth your time if it suits your interest, especially if you’re keen on exploring this wacky and satirical world. Also, be warned – this game is not for children – though the art style definitely could give that impression. With the subject of animal slaughter also comes some graphic depictions of the act. 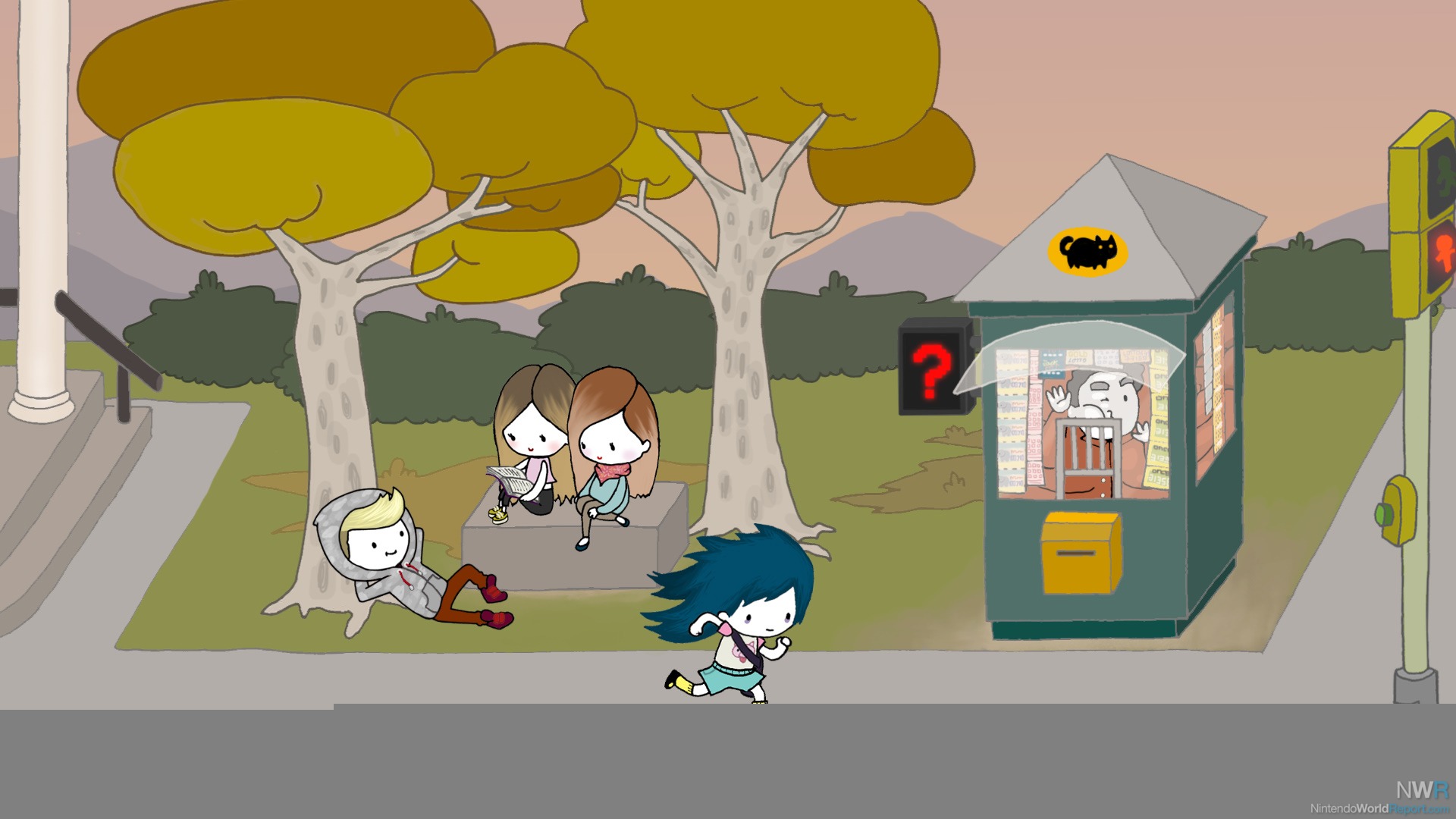 The touch screen controls are straightforward and vastly beat using the right analog stick to point with a cursor. On many occasions, I wish I could just move Agatha in front of an object and press the A button, but I still have to either touch the object or point at it with the cursor. This makes playing in the Switch’s handheld mode the best method, simply for the ability to touch.

Agatha Knife is insanely intelligent and strives through its unique narrative. The art direction and music compliment the theme, making it a solid package overall. This brings well-deserved diversity to the point-and-click genre. The developers brought something very new to the table and proved the vast amount of potential in a game focused solely on a fun, weird story.