A game about lynx in the food chain.

Developed by Might and Delight, Shelter Generations combines the previously released Shelter 2 and Paws (a prequel of sorts) into a single package. There are also two interactive books and soundtracks for each game that round out the collection. In Shelter 2, you play as a mother lynx who must protect and feed her cubs as they mature into adults. In Paws, you go back in time to play the aforementioned mother lynx as a kitten herself. While Paws is more of a linear adventure game with some light puzzle and platforming elements, Shelter 2 uses the same game mechanics to focus on survival, exploration, and parenthood. 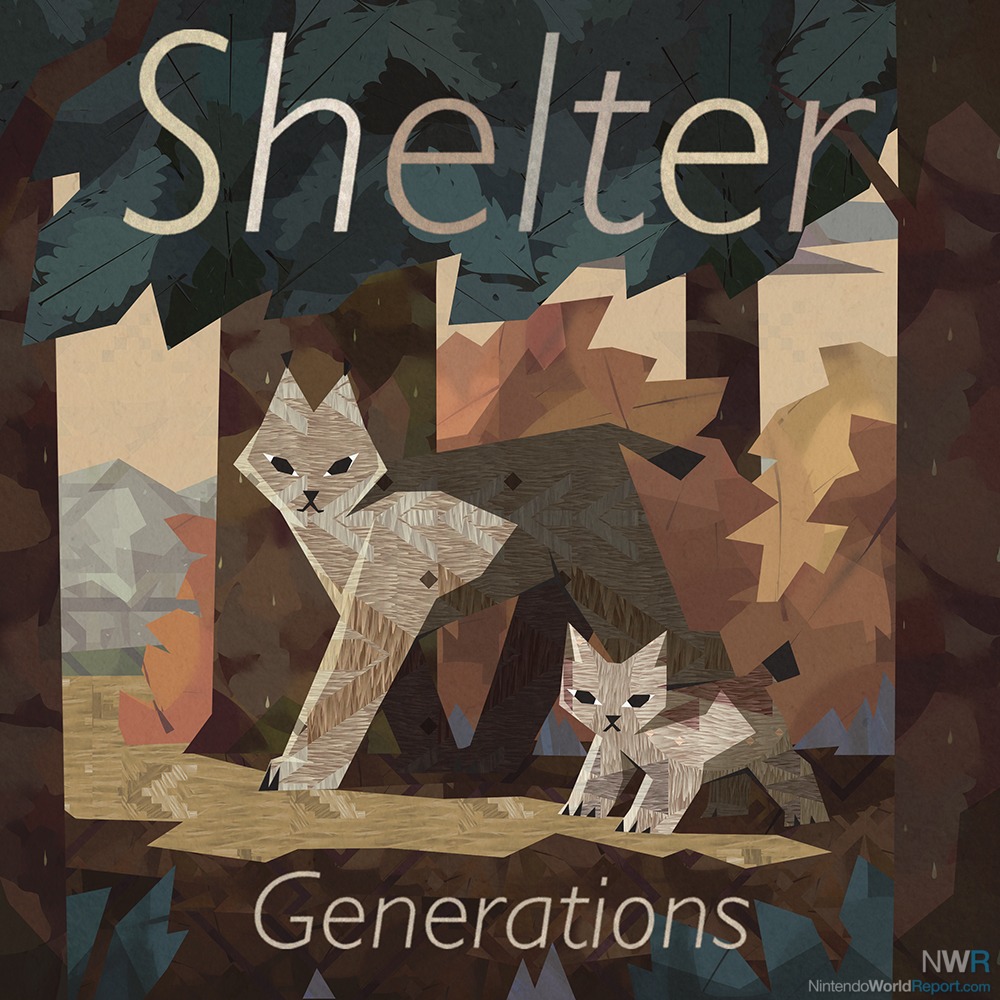 Visually, Shelter Generations reminds me of a watercolor painting. The shades are subdued but various, and the landscape changes with the in-game seasons, which last about 15-30 minutes. The grass, fields, snow, and earth on which your lynx walks have the appearance of patchwork. The look certainly evokes nature and the elements, and this design choice is impactful, but the setting can run together as whole areas use the same colors over and over. The music in Shelter Generations is at times soft and pastoral and at others dramatic or somber, with tense moments punctuated by rises in tempo and sharper tones. The music changes as the seasons pass, which contributes to the sense of time passing. Overall the sound and visuals factor significantly into the enjoyment of both Shelter 2 and Paws. Shelter Generations as a whole is more of an experience than a game, per se, and those looking for action, progression, and story may be disappointed.

It is common to criticize games for holding the player’s hand too much; we don’t want to spend hours in long tutorials that inhibit freedom and autonomy. On the other hand, however, it can be equally frustrating when a game teaches you little about how to play and how to succeed. Shelter Generations falls into the latter category, and I found it frustrating initially that I didn’t know where to go or what to do. The player is more or less forced to make of the game what he or she wills. This issue is less pronounced in Paws due to the game’s more straightforward narrative, which is divided into segments. Shelter 2, however, purposefully obscures the “how” aspects of the game in an effort to ensure that the game better represents nature and the struggle of surviving in the wilderness, but playability suffers due to this choice. 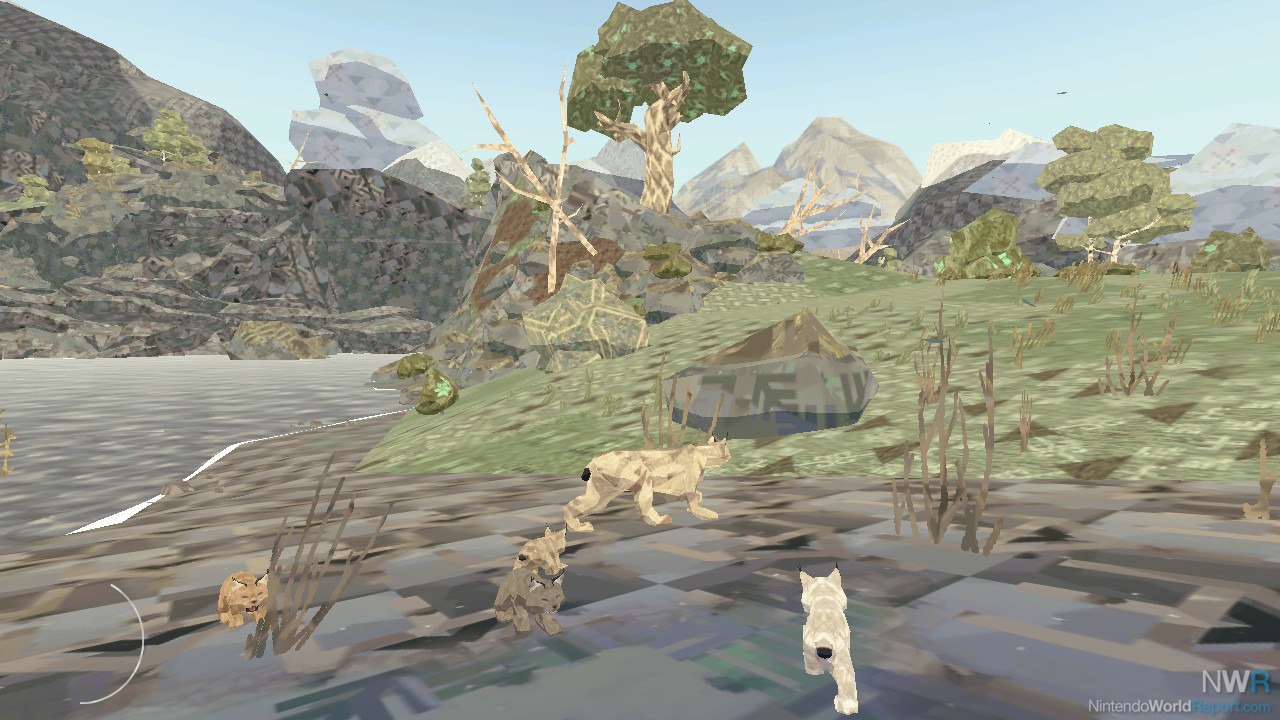 The gameplay in Shelter 2 revolves around hunting to feed your four kittens and protecting them from predators such as eagles and wolves. I would like to say there is more to the game than this, but that’s not really the case. There are a variety of collectables both basic (tree branches) and unique (mammoth tusk) to find, and these generally stand out from the background through coloration or flash periodically to make them more visible. The different areas in the game give some much-needed variety visually and aurally, but you will find that the prey and predators change only slightly in the various regions. In truth, I found Shelter 2 more enjoyable when I stopped fixating on achieving objectives or getting from A to B. It is possible that the game is meant to be played instinctually rather than prescriptively. In other words, do what you want or what feels right as opposed to what an instruction manual or narrator insists upon.

As an example of how video games can function as a piece of art or a text with underlying meaning, Shelter Generations may be worth experiencing and experimenting with. Bear in mind that this game doesn’t seem intended for people who want clear paths towards specific goals, rewards and character development, or a final boss to defeat. I ended up enjoying the Paws component of the package more because the gameplay is more focused and its message of friendship had more impact on me personally. Overall, Shelter Generations is engaging aesthetically and has the ability to evoke nature and human emotion; there is also a spiritual leaning to the game that may appeal to some people. Ultimately, however, the minute-to-minute gameplay, especially in Shelter 2, is a little boring and repetitive. As a cat might when stalking its prey, tread carefully with this one.