Fireflies and the Multicolor Dream Spy.

I appreciate that Spy Chameleon strips away any premise of a story. It just sets it up simply: you are a lurking lizard with an ability to swap your skin tone into four different colors to hide in matching swatches of ground. Use those colors to complete a series of puzzle levels with a top-down perspective by walking through each stage from start to finish without getting detected. Bonus points for getting all the collectables or speed run the course. 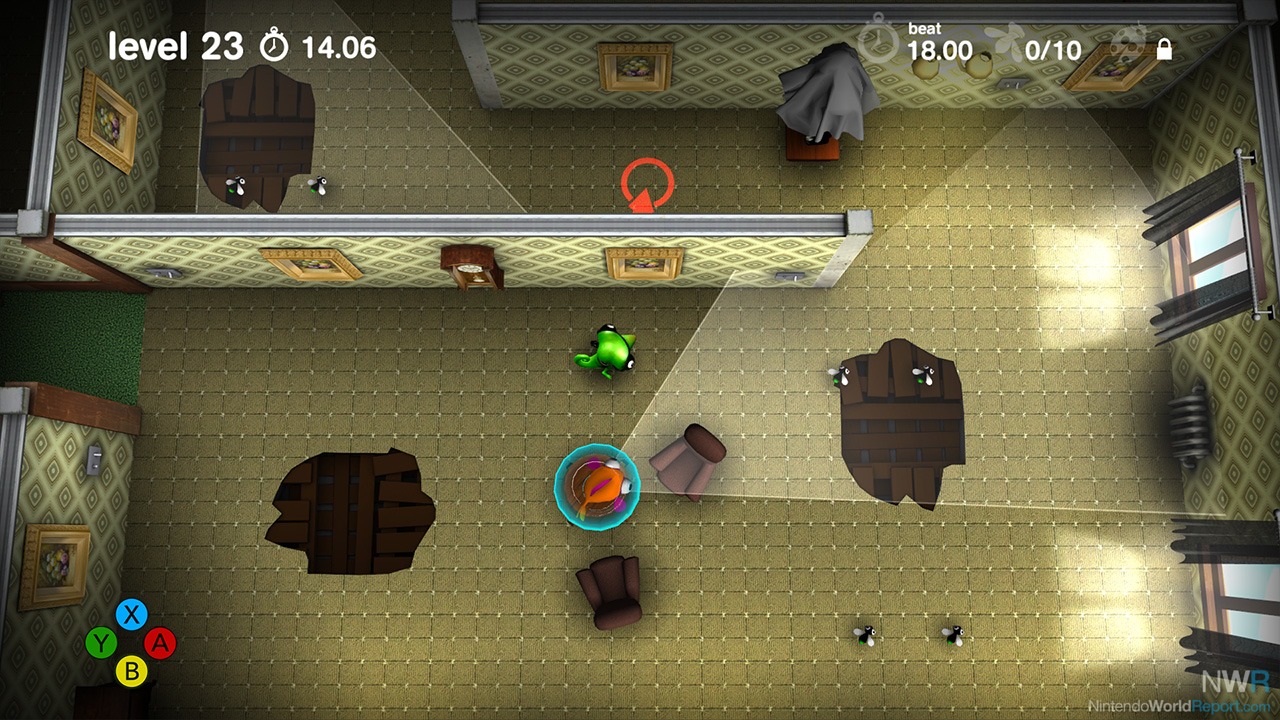 Five different mission sets with 15 levels in each makes up the content of the game. Each mission has a different theme, which plays directly into the look of the rooms and the obstacles you encounter. Most enemies have a vision cone that dictates whether they see you, resulting in a failed mission. Restarting a level is snappy and a fantastic way to prevent pauses in gameplay – one button press and you’re back at the start. In order to avoid mission failure, you must get past these various obstacles by using your color change power to blend into color spots, flip switches to open up new pathways, and time your movement right between strings of them to reach the end.

The levels are breezy and easy to put away and come back to without skipping a beat. Though if you’re like me, you’ll play through a whole set of 15 to 20 levels before setting it down. Getting stuck is mostly a non-issue, as sets of levels open up five at a time, giving a chance to skip over a frustrating sequence and come back to it. Even with this leniency, the levels border on too easy, which meant I never had to resort to doing so. The obstacles don’t have much variety over the course of the adventure. In that sense, it might be a mercy that the developer knew to cut off the game rather than pad it with a pile of redundant levels and overstay its welcome. 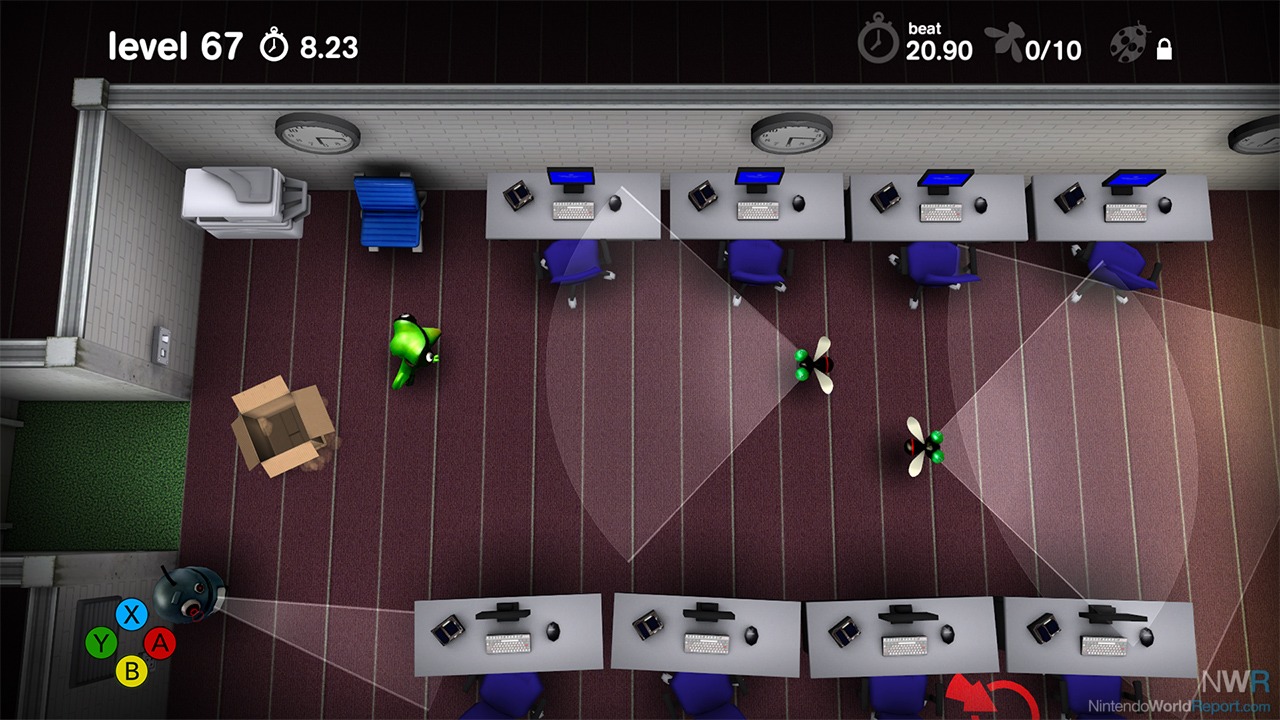 The music is also worth highlighting as stand-out. It picks up from the moment the menu loads and plays similarly to old ‘70s cop show theme music with deep baselines and a funky sounding guitar riff. In later levels, it sometimes transition to an electronic vibe that fits the themes well, adding much needed character to a mostly cute, if unremarkable aesthetic.

Its unassuming look might make you skim over it in the eShop, but it’s hard not to recommend you give Spy Chameleon a chance. This is a game greater than the sum of its parts, and the fun to be had here is absolutely worth the price of admission and overlooking its small blemishes.