War. What is it good for? Absolutely a handheld turn-based strategy game.

World Conqueror X packs a lot of punch in what might seem a small package. It is the first game in the World Conqueror series to come to consoles, and it fits like a glove on the Switch. Across 40 stand-alone scenarios and two massive and variable conquests, the game provides hours of entertainment and is certain to please fans of board games like Axis and Allies; however, the gameplay is also simple enough for those who prefer Risk. The more subtle intricacies and mechanics of World Conqueror X contribute to a steep learning curve, but the payoff is worth the initial struggle. 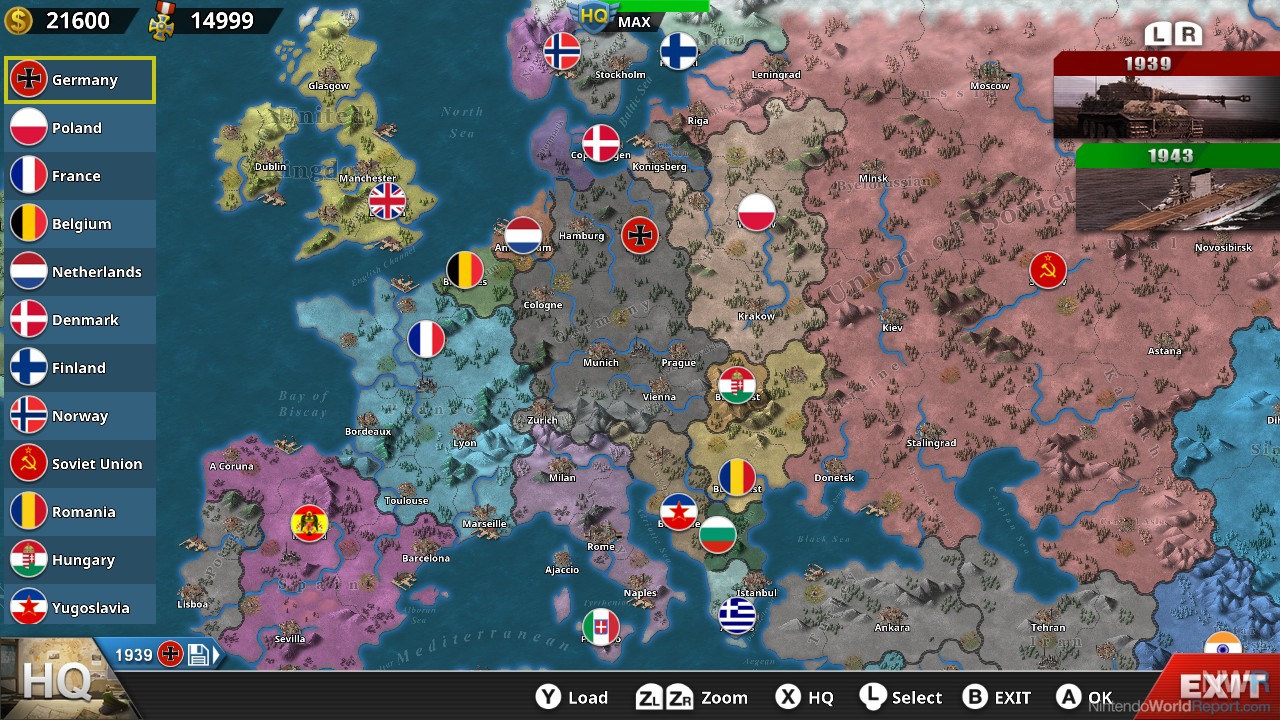 Developed by EasyTech and Published by CIRCLE Entertainment, World Conqueror X’s mobile origins show clearly in how fast and easy the game plays. Using the directional and face buttons or the touchscreen to control your units feels natural and effortless. The single-player gameplay revolves around moving infantry, tanks, artillery, and other units around a hexagonal map in order to capture and defend cities and destroy enemy forces. For a few scenarios, you need to protect specific areas for a set number of turns, but very often your goal on each map is the same: clear a path to the enemy’s capital and secure it.

Scenario Mode offers 40 maps in total: 11 each for the Axis and the Allies in Europe, and then another 9 for each side in the Pacific. All 22 Europe maps must be completed before the Pacific maps become available, and for good reason. The Pacific scenarios are much more difficult, and you receive a lot less help from your computer-controlled partners. All of the scenarios appear to recreate real historical battles such as the North Africa Campaign and the Battle of Dunkirk. War buffs will enjoy the commentary between generals that takes place before and during each scenario. 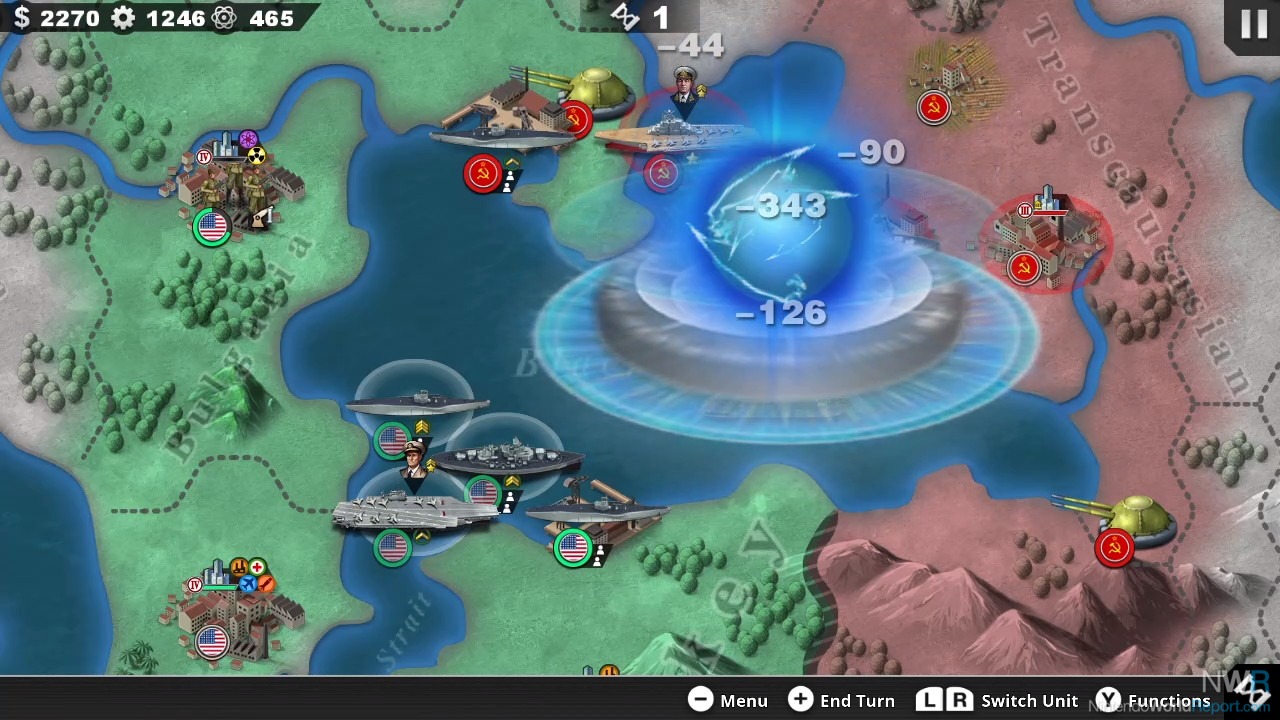 Each map awards up to three stars based on how many turns it takes for you to complete your objectives, and the more stars you earn, the more money and medals you have to spend. Money can be used to upgrade your troops between scenarios; medals are used to purchase famous historical generals that can be placed on a unit to boost its capabilities. I found that these empowered units were often enough to win each scenario, and units without a general attached served more as cannon fodder. In addition to the money and medals, each successful battle raises your “HQ” level, allowing you access to better unit upgrades and more effective generals.

Conquest Mode is much longer and more in-depth in that you play as one of 26 countries in 1939 or 22 countries in 1943, and the map is the entire world rather than a single country or territory. Whereas Scenario Mode missions take anywhere from 10 to 25 turns, either year in Conquest Mode will last hundreds of turns. There is one save file for 1939 and one for 1943, and then a single save file for all of Scenario Mode. This restricts your ability to try different countries or maps, unfortunately. Additional save slots would have been a welcome inclusion.

It is easy to be put off by the lack of explanation for the game mechanics and player progression. There is no manual, and the tutorial does a poor job of preparing you for the finer points of the game, which are necessary for success. A Help section is available on the main menu screen, but it only offers 14 very specific tips that don’t really help with how to actually play the game. If I can add a more helpful tip to that list: unlock and employ generals as soon as you can. 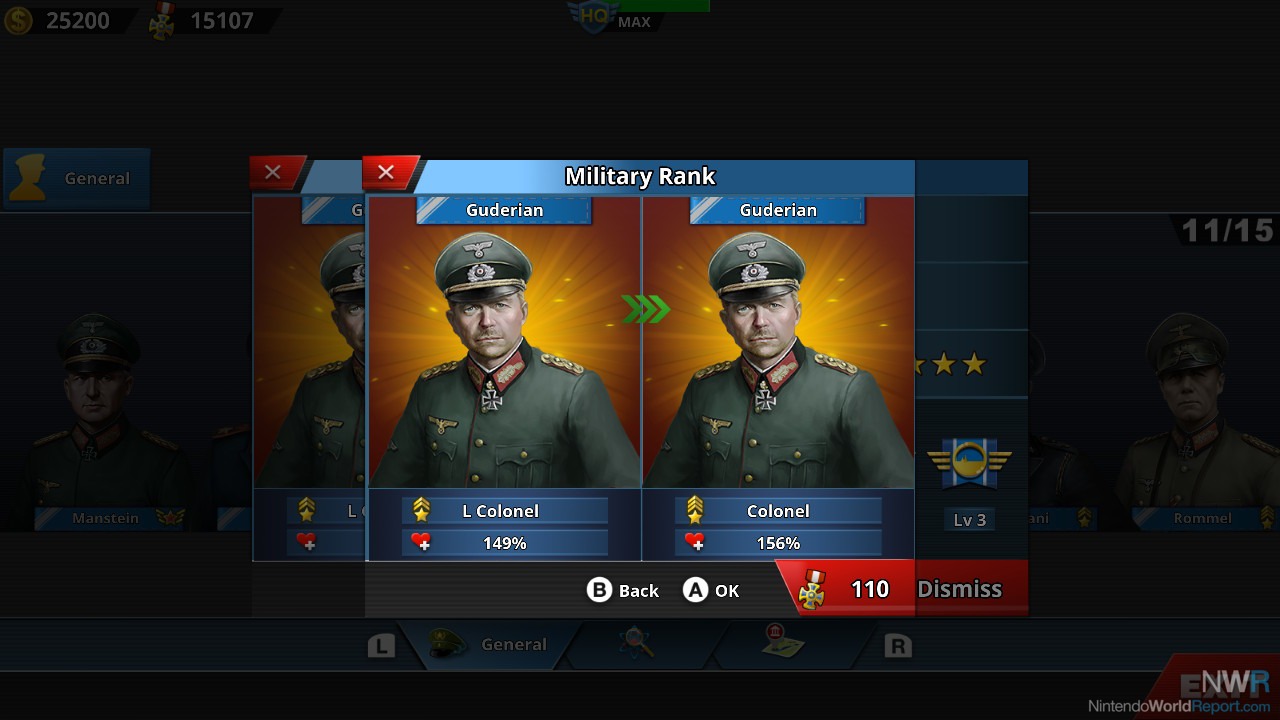 Once I figured out how to play the game, improve my units, and hire generals, I was able to breeze through most of the maps in Scenario Mode by simply charging forward with reckless abandon. I enjoyed the progression and seeing my army get stronger. I rarely found it difficult to achieve a three-star rating on each map, and this meant I could buy many of the upgrades and generals I wanted. After unlocking the Pacific maps, I had to use much more discretion and strategy to win. This split between the Europe and Pacific scenarios calls to mind the choice between easy mode and hard mode. It would have been nice to see a more gradual ramp up of difficulty instead.

World Conqueror X is a fun and challenging war game that is somewhat marred by a lack of proper tutorials and explanations. Riding out any early frustration will allow you to uncover a worthwhile strategy title that has many hours of content, albeit with not too much variation in gameplay. Turn-based games lend themselves well to Nintendo’s latest console, and World Conqueror X is another excellent example. I’ll say it again: war is absolutely good for Switch.

I would like a simpler grand strategy game on a console (I was a big Koei fan in the SNES days) but I thought the Panzer General formula was bad in the 90's and now it's just old and bad regardless of what you wrap around it.

I remember playing and really enjoying Gemfire on the SNES, and I believe that was a Koei title. The Panzer General-type games certainly aren't for everyone, I agree. I think there is definitely some fun to be had with World Conqueror X, though.

I was more negative than I should have been.  I brought up PTO 2 here before and someone mentioned Gemfire, I need to look into that.