The only thing getting my heart racing is the thought of plot-important characters dying off-screen.

Fear Effect Sedna is a bolt from the past. A Square Enix-approved, Kickstarter-funded, sequel to the 17-years-dormant Fear Effect franchise. It’s a game that feels like it’s from another era. A deeply flawed one. 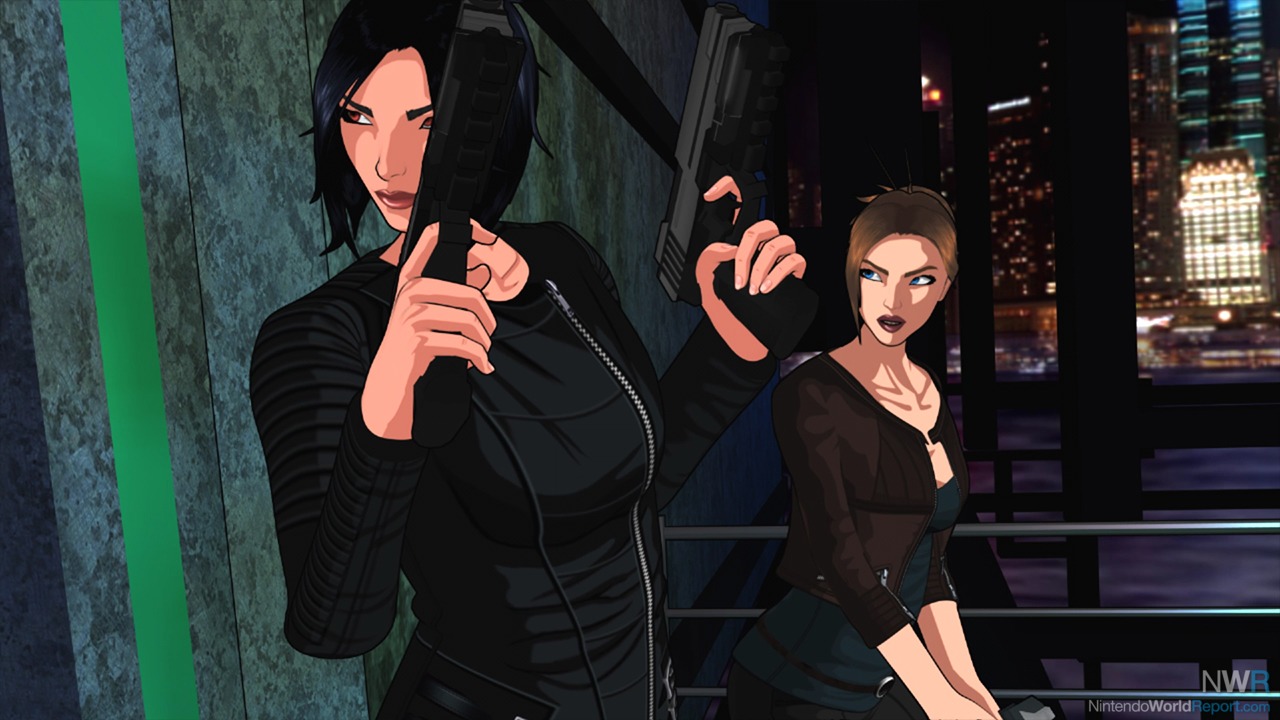 I should state at the outset that I have no history with the Fear Effect franchise, beyond being the target demographic of Eidos’ unusually sexuallized advertising campaign in the early 2000s. This is important, because Fear Effect Sedna makes little effort at introducing our cast or the world they inhabit. This is an understandable omission in a normal sequel; you wouldn’t want to re-introduce the mercenary Hana and her compatriots every game. But, after the better part of two decades, some introductory effort would be a welcome inclusion. As an outsider, it was incredibly frustrating for characters to allude to past events as the story leveraged those experiences to provide context. The lack of worldbuilding almost comes across as fan fiction, where the writer doesn’t need to provide such context. Their target audience is already deeply in the fandom.

Story-telling weaknesses go beyond a lack of context. The exposition frequently jumps in ways that make all the events feel disconnected. While I can sketch out the parameters of the plot, I can’t claim to understand most of the motivations. Likewise, I don’t understand the characters in this character-focused plot. Much of this is attributable to my lack of connection to Fear Effect, but how they interact feels weird and disjointed. At random times, one character might break an absolute and prolonged silence with a demand another stop acting like they “know everything.” As a cherry on top, the stilted dialog is delivered and via hilarious “accents.” Deke’s account should cause Canberra to write a sternly-worded letter. Even emotional tone can vary wildly, as if two actors in a scene were given dramatically different direction. 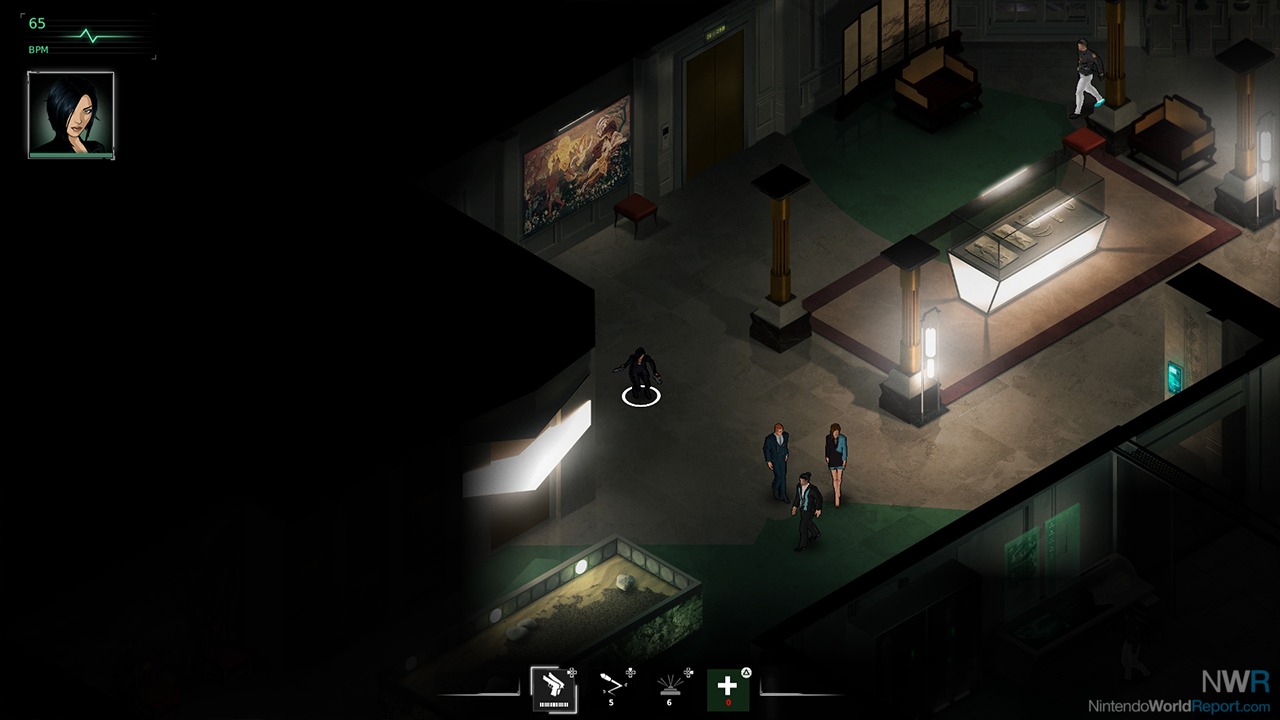 This game is very dark.

Fear Effect Sedna moved away from the fixed-camera, tank control style of its predecessors and instead adopted an isometric perspective. You directly control a party member to move them through a the stage, utilizing their unique weapons and skills to engage enemies or sneak past. Items that can be interacted with get icons when inside visible range, and they are used to solve puzzles or to provide lore. Mechanically, it all functions, but the stage design consistently fails the game.

Combat encounters feel bad. Stealth kills are usually the right choice, but the routines of enemies inside confined spaces frequently feel as if they were laid out to make stealth impossible. The gunplay is repetitious, as most enemies (and allies) are literal bullet sponges. The sheer number of enemies devolves the game into “Press ZR a lot.” The game affords each party member a unique set of skills, such as decoys, rockets, and automatic turrets, but it never teaches when and how to use them. They also have massive cooldown on top of limited ammo, further cutting their effectiveness. A cover system is present, and the game tries to reward playing smartly, but more often than not the answer is just try to outlast the foes. The game seems to agree, as it awards health packs constantly. It never feels like the mechanics come together. In one encounter, the game demands you destroy a set of tombstones, won't let you target them, and then slowly doles out grenades while you’re being shot to pieces by identical and unkillable enemies. It’s intensely frustrating and deeply emblematic of the issues this game faces.

A mode slows down the action and lets you give orders to each party member, which is necessary given their habit of standing out in the open and taking bullets. However, it seem like the right answer is still just to take over a character and move them yourself. It didn’t feel like a true strategy game, where I could layer the party’s skills to overwhelm the enemy. Instead it felt like a tool to just limit the chaos. 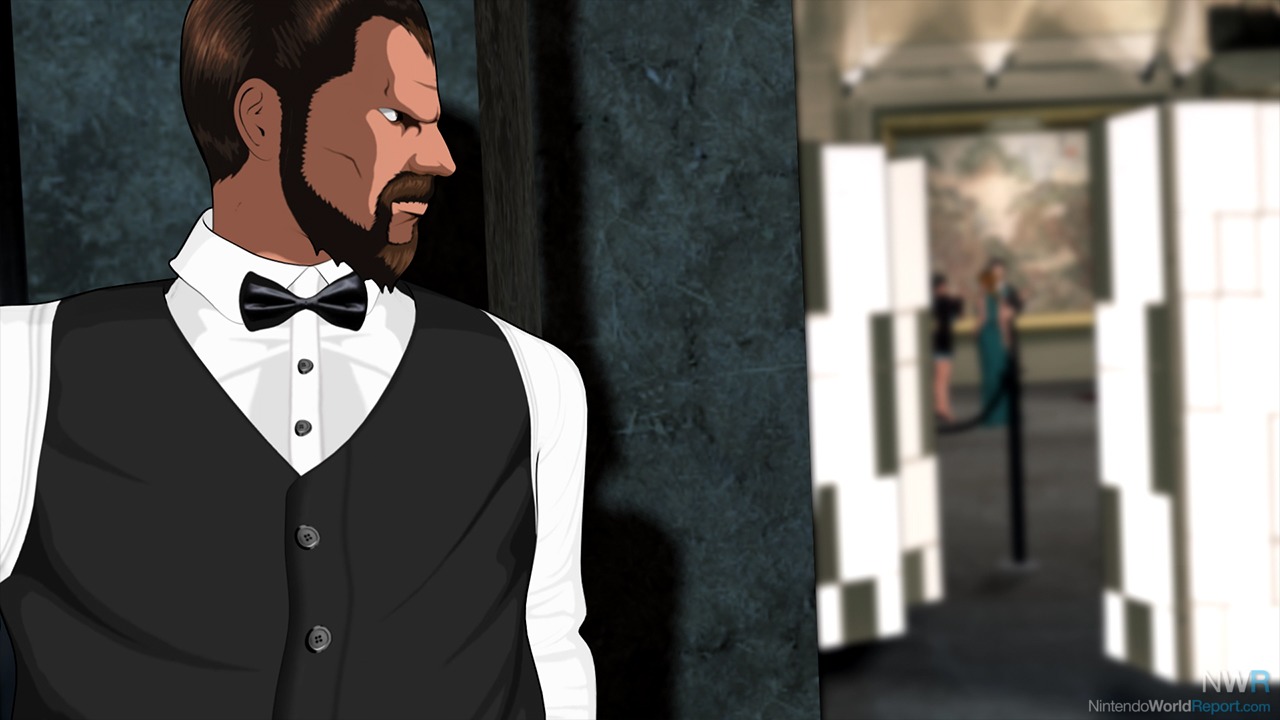 Deke, off to show a wallaby his knife and the barbie, or something.

The puzzles are poorly designed. There’s little else to say, in more than one occasion it just felt like trial and error, resulting in a hilarious death animation, and a less hilarious loading screen so that I could try again. Hints are in the stage, but they often aren’t clear. One example involved a locked safe, with a four digit code. The first three digits came from the only other interactable item in the room, a poster with a compass and the number 180 highlighted by an arrow. The final digit, a 4, was in a completely different location - part of a sign that read “SEDNA IV.” It wasn’t interactable, nor was it highlighted. It was of so little note that I only noticed it standing directly in front of my TV. Good puzzles should make you feel happy to solve them; these often make you feel cheated.

Navigating the world is frequently made difficult by stage layouts that don’t work with the camera angle. A constant array of issues recur: enemy line-of-sight cones obstructed by walls, important items/doors that aren’t properly highlighted to the player, enemies standing just off screen, a fog of war system that assumes your party can only see halfway down a long hall, etc. I like the choice of this camera angle. It retains the feeling of “old” games, without being beholden to the series’ antiquated tank controls. The stages just need more polish in order to work with it.

Fear Effect Sedna is a historical oddity. Square Enix greenlit this revival of a long-dead franchise that they only own because of an acquisition of Eidos. A second-tier title in even Eidos’ catalog, it’s understandable that the revival would be developed outside Square Enix proper. Likewise, it’s also clear that developers Sushee Games are big fans of the franchise. It just doesn’t work. As an outsider, I don’t see what they loved about this series. The story is disjointed, the dialog stilted, and the characters feel like cutouts. But all that could be forgiven if it were fun to play, but it isn’t. Bad puzzles, repetitive combat, and poorly designed encounters are constant companions. I respect the desire and the work that must have gone into making this revival a reality. I just wish the product would have been better for long-suffering fans.

The only thing I remember about the Fear Effect games was their trashy print ads.