If you're looking for an adventure with a unique look and its own sense of style Nightmare Boy can have its charm.

While many genres are already well-represented on the Switch, the classic Metroidvania numbers are currently a bit thin (as of the initial writing of this review). That isn’t to say that the titles available, most notably Steamworld Dig 2 and Axiom Verge, are an issue as both are excellent and have their own distinct take on the genre. We now have Nightmare Boy throwing its hat into the ring as well, with its own visual style and gameplay, though it unfortunately suffers when compared to those aforementioned titles. 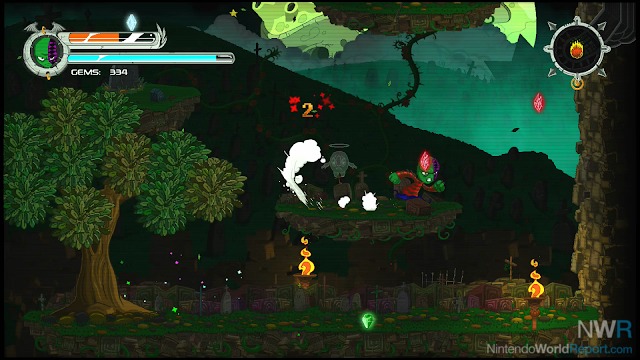 In the game you’ll play as Billy, a young boy who has been sucked into a sort of nightmare world and becomes embroiled in some sort of conflict… but honestly it all kind of went over my head pretty quickly. You’re there and you’ll slowly come along a variety of funky beings who help you along, though some of their motivations and actions do make it challenging to tell what’s going on at any given time. The moral of the story is to wander and find your boss conflicts, defeat them, and then accept the rewards they give you so you can find your next fight and then use your newfound ability to progress further.

The somewhat uneven story matches up pretty well with the nature of the action. While your enemies are undoubtedly varied in their appearance and methods of attack, things can be a bit muddled and confusing as well. In particular, the benign little puffball beings scattered everywhere aren’t necessarily meant to be killed, and with one particular power-up you can use to get a warrior helper you’ll actually take some damage when you kill them. Unfortunately they’re very good at getting in the middle of fights so that entire aspect of things is just frankly weird. To the game’s credit, the boss fights are often with unusual-looking nightmarish creatures who then sometimes have some surprises in store for you, but at times sticking with the game got tough. 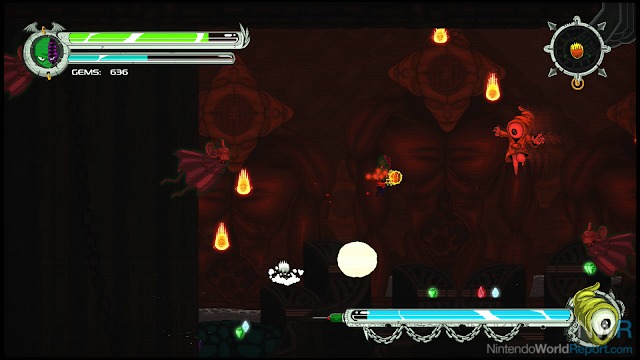 I think my biggest issue with the game was simply having a grasp on where I was supposed to be going or what I was supposed to be doing. Overall, plenty of content is there, in terms of things to find, children to rescue, and bosses to fight. Why there’s not then a better overall way to tell where to go next is baffling. The in-game map is good on a general level at revealing where you’ve been and somewhat hinting at possible places to go, but I found myself wandering and backtracking far more than I’d prefer. On a general level, the controls are a bit on the loose side so jumping and attacking can take a little getting used to.

In the end Nightmare Boy offers up something thoroughly different from a visual standpoint and can be quite challenging, just not always for the right reasons. If you give it some time it does pick up momentum and you can get into a groove but when you hit the spots where you’re not sure where you’re going, things understandably drag quite a bit. Probably only recommended for the most die-hard Metroidvania fans who have blown through what’s already available on the system, show patience with Nightmare Boy and some fun can be had with it.