Looks like this rider came to the gate missing a tire.

Supercross is normally a high octane, fast paced and exciting type of racing where a maximum of 22 participates zoom around a man-made dirt course filled with jumps, straightaways and sharp turns. Unfortunately for Monster Energy Supercross: The Official Video Game for Nintendo Switch, it stalls right of the gate.

No time is wasted with lengthy cutscenes or drawn out tutorials, just racing right off the bat. The controls will feel natural if you’ve played any modern racer. The ZR button will accelerate and the brake is handled by the ZL button. Of course, it gets more complex than that, but that’s the basics. The nice thing about the controls is that everything can be customized to your liking. This is not only for the controls but the way the bike feels as well. I was impressed at how much you can tweak aspects of the bike, such as the preload and compression damping. These attributes can really help out if you feel that your bike is too sensitive on turns. 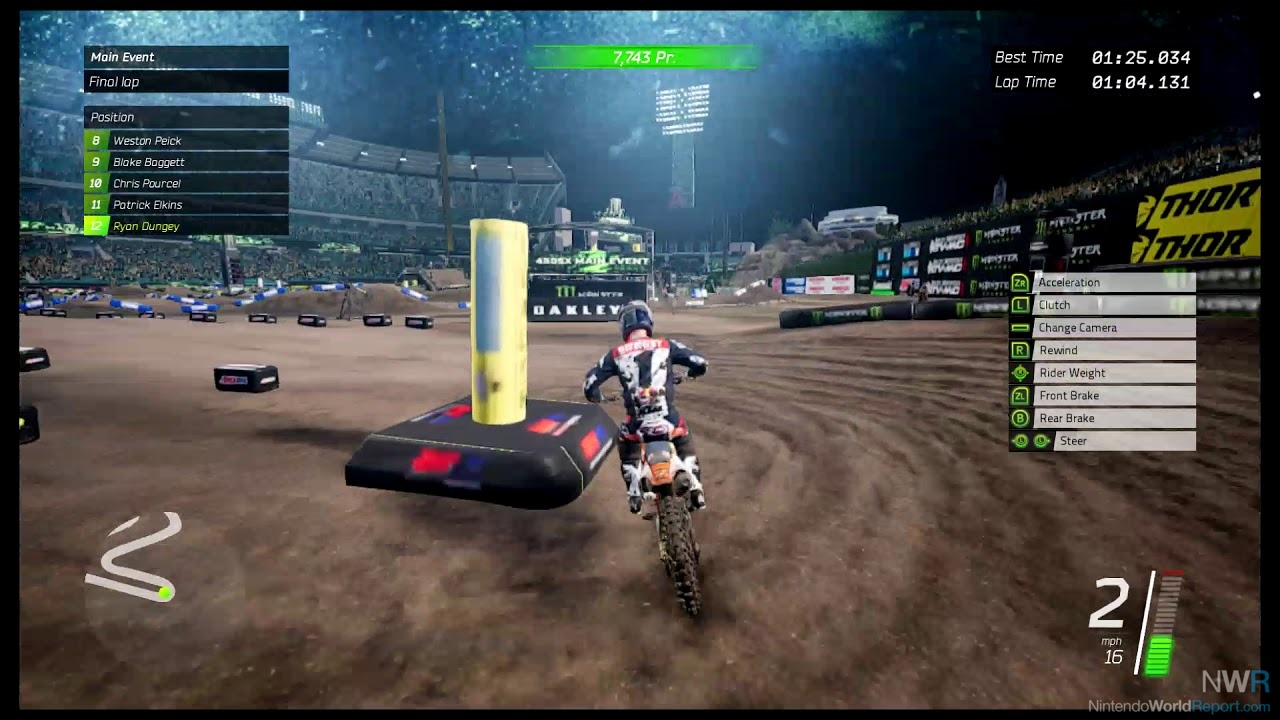 To continue with the customization, this game has a lot of it. Not only can you select your bike and the rider, but you can even choose your brand. Supercross enthusiasts will recognize all of the big names like Fox Racing, Thor MX and Alpinestars. As you play through the game you earn credits that can be used to unlock new bikes, gear and equipment. There are hundreds of options to deck out your custom rider, which is nice as the character creator is pretty limited on the Switch. Even if you don’t create a character, you can still play through most of the game using any of the 60 plus top stars in the sport.

Customization aside, the racing is the meat and potatoes and luckily the experience is solid. Racing feels smooth and the controls handle well. The frame rate was pretty consistent playing either in handheld mode or docked. All of the standard events are present, such as Single Race, Time Attack, and Career Mode. These events can also be tweaked in a variety of ways. If you just wanted to play one race to win the championship, you can, or if you want to go through the full season of racing you can do that too. It’s quite flexible in its play style. The one thing I immediately noticed, however, is that in my first race, only 12 racers were in the gate. 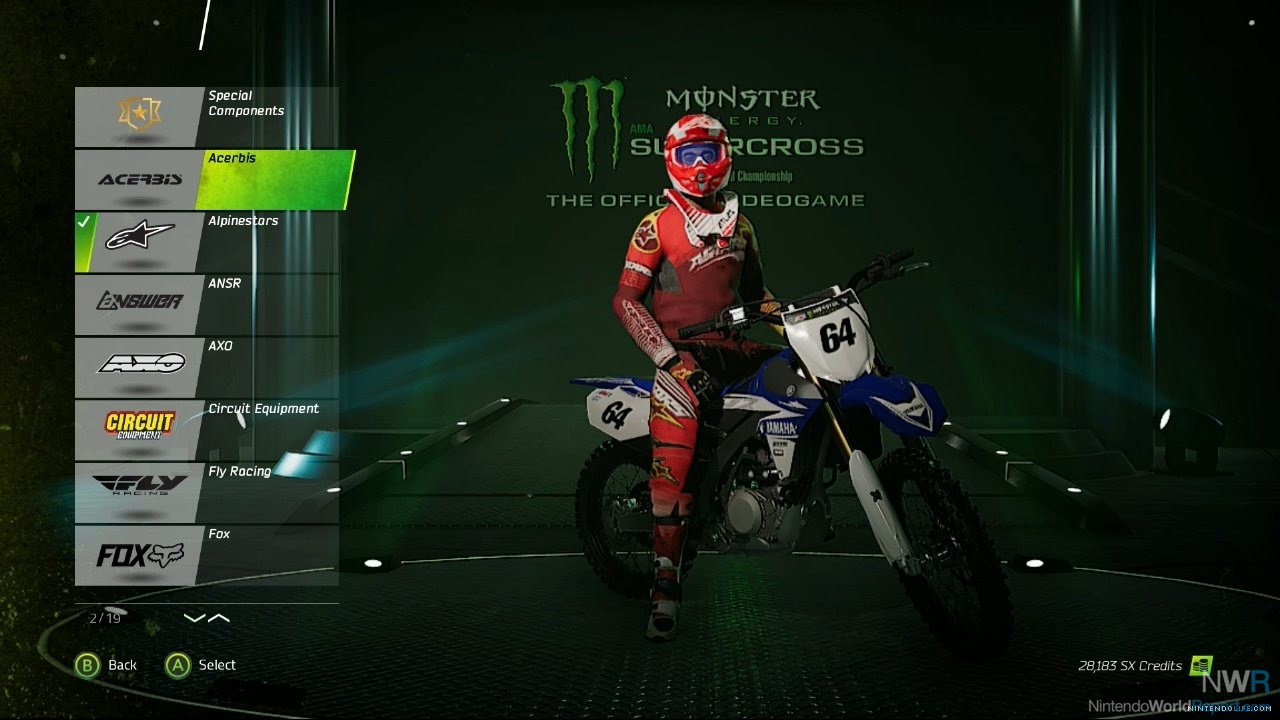 That, unfortunately, is one of the many sacrifices that the Switch version is saddled with. On top of the field being whittled down nearly in half, the track editor from other versions is missing and the graphics look dated. Maybe the most egregious issue is that there is absolutely no multiplayer. I understand that the online system is not as robust, but at least there should be some local play options. With the ability to customize controls, there should be no reason why the Joy-Cons can’t be split for a few quick races with another person.

At the end of the day, Monster Energy Supercross: The Official Video Game for the Nintendo Switch is a serviceable motocross game, albeit if you only like racing alone. It’s disappointing how much was cut from the Switch version, but despite all that was removed, this is in fact the only version you can take to an actual Supercross event.

the images in the article link to a picture of digital deer.