While Bayonetta 2 might get all the attention, don’t sleep on the original.

Bayonetta is without a doubt one of the most style savvy and over-the-top game series I’ve ever played, bolstered by an interesting, albeit at times confusing, story and a wonderfully strange cast of characters. Having played Bayonetta 2 on the Wii U, I was a bit worried that going back to the first game would leave it feeling dated compared to the superb sequel, but fortunately those concerns were put to rest almost immediately. Despite its original release being nearly a decade ago, the gameplay is just as fluid and polished as something you’d expect from a recent release. You would be hard-pressed to find a better character action game. While a few minor camera issues muddy the waters, it does little to detract from just how amazing Bayonetta still is today.

From the opening cut scene to when the credits roll, an overlying theme in Bayonetta is just how outrageous the entire game is. From the eccentric and bombastic characters to the ridiculous situations they find themselves in, zaniness can be found in abundance. While the story is a bit difficult to follow at times especially during eye-grabbing cut scenes, the general idea is that Bayonetta, an Umbra Witch, was revived 20 years ago devoid of all her past memories. We come to find she possesses one of the Eyes of the World and presumably it must be the clue to her past. With that bit of knowledge, she embarks on a journey to find the other Eye, hoping it’ll spark her memory along the way. As the story unfolds, we learn about the rich history of the Lumen Sages and Umbra Witches through both cut scenes as well as written documents found throughout the world. Reading these texts help flesh out the lore because at times, it’s difficult to fully digest information while so much action is taking place. Characters we’re introduced to along the way add context for Bayonetta’s plight, but also add quite a bit of comedic relief. 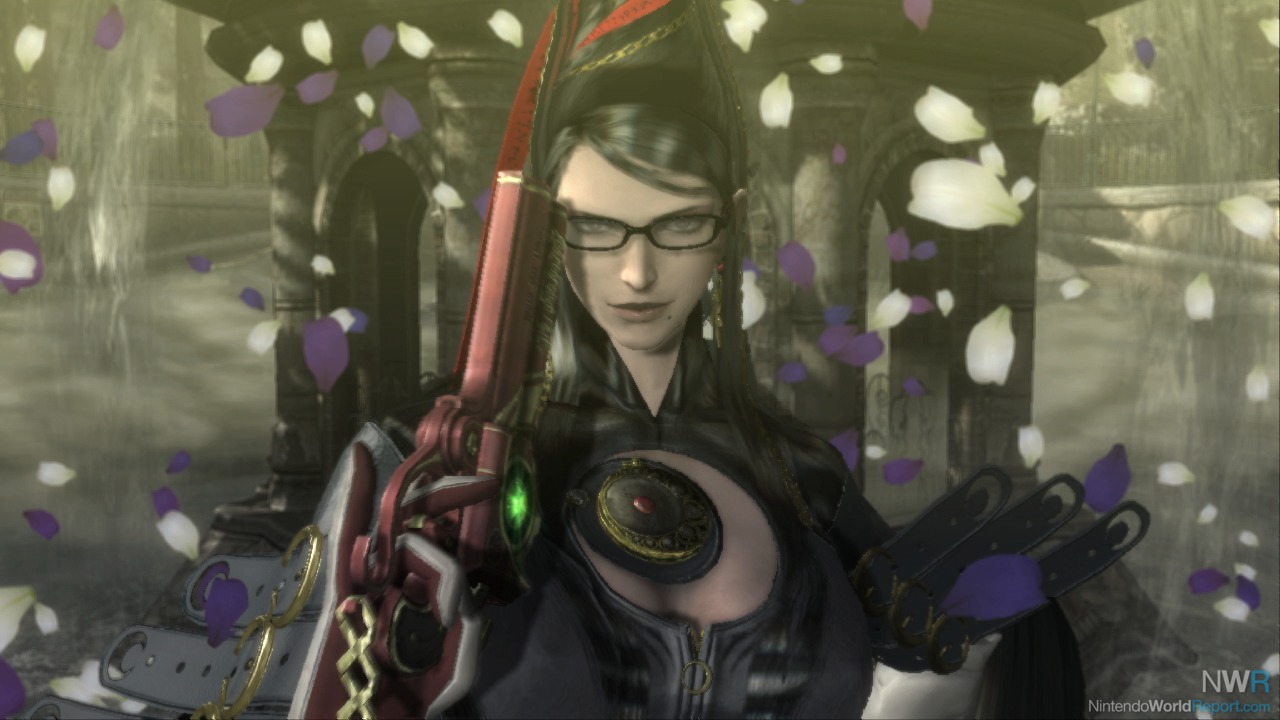 Bayonetta is a third-person character action game that relies on properly executing a series of attacks and dodges to take out enemies while minimizing damage taken. A great balance exists between knowing when to push for extra damage and when to back out and wait for your opportunity. Pairing together attacks is a blast and properly hitting combos to unleash devastating amounts of damage never ceased to feel incredible. This feeling was only amplified with Witch Time, which is activated when perfectly dodging an attack mere moments before it lands. In Witch Time, everything is brought to a crawl aside from Bayonetta, who continues to move at her normal speed, allowing her to unleash a folly of attacks on a defenseless foe. Mastering this technique is vital for your success, especially when trying to achieve top scores and trophies, which can be a daunting task. While the structure of each mission sees you traveling from point A to point B, some light exploration can be done between slaying angels, yielding hidden chests and packs of enemies off the beaten path. 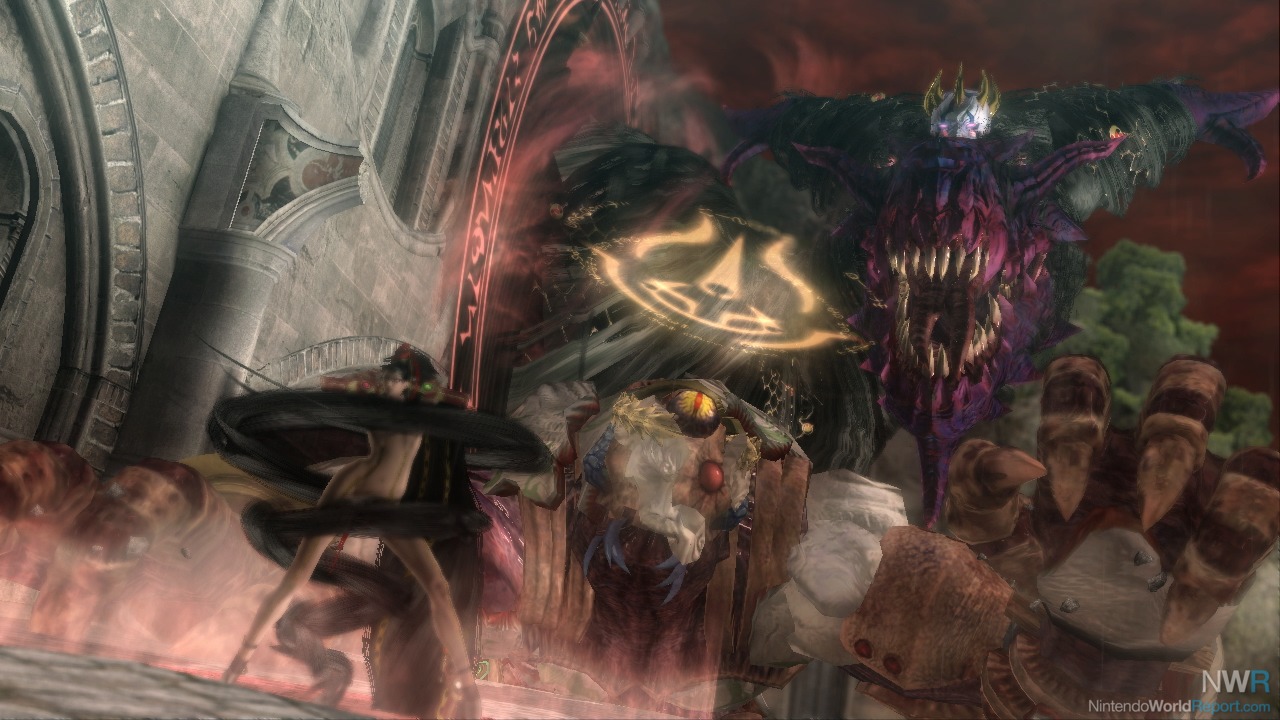 While the main emphasis is on combat, crafting and upgrading are thrown into the fray as well. By collecting materials from within the world, a limited number of items can be crafted to help out on the battlefield. These can also be purchased at the Gates of Hell, a demonic bar that acts as the shop, among other things such as weapons and techniques. Different weapon types are available to Bayonetta, including guns, swords, and claw-like weapons to name a few. Each utilize the same combos, but with a slightly different outcome, giving some variety. What I found the most interesting to unlock were the techniques, which are new moves for Bayonetta to use in conjunction with her already large arsenal of attacks. 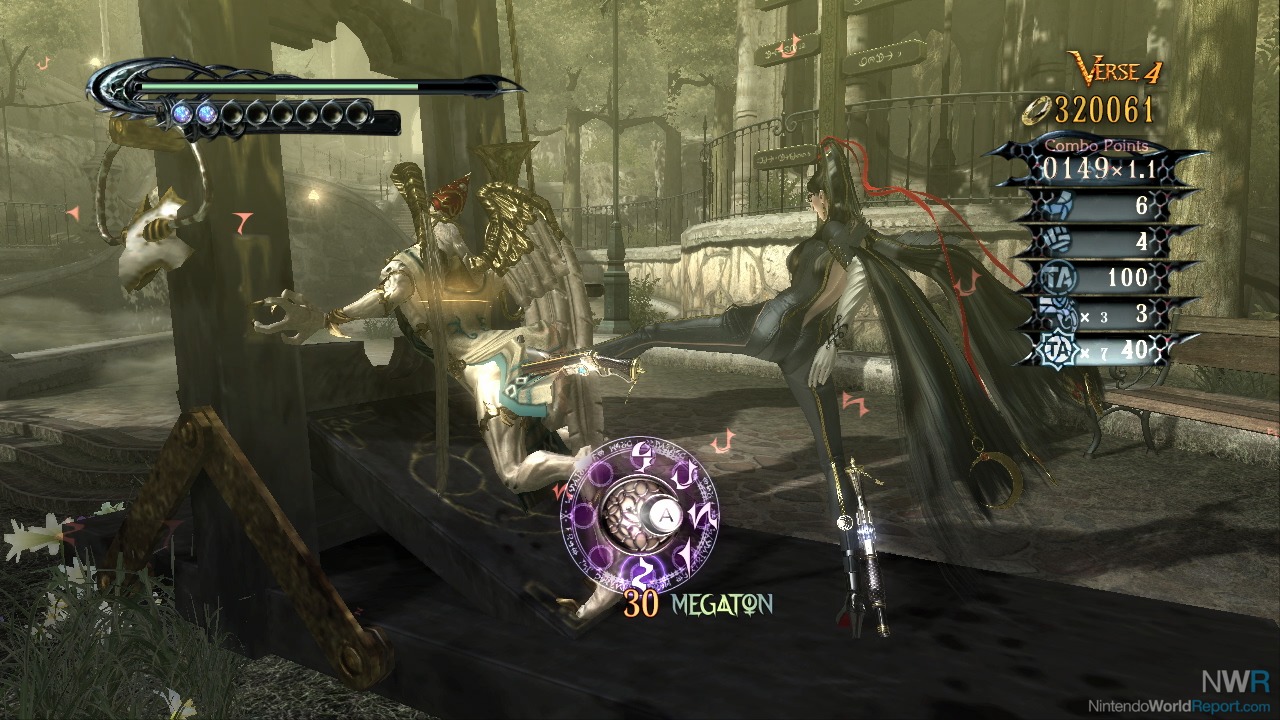 Bayonetta is one of the most visually stunning and stylized games I’ve ever had the pleasure to play. While it might not be running the latest 4K visuals, it does a fantastic job of staying fresh despite its age. The only aspect of the game that feels a bit dated is the camera. In some instances, it is a bit finicky in tight areas and it wasn’t as fluid to move it around as in modern games. However, that didn’t stop me from constantly stopping to admire just how wonderful the world looked, especially with the visually and mechanically sound enemy and boss designs spread throughout. The only thing that could top how epic the boss fights are is how you dispose of them. When the boss’s health bar is depleted, you can activate a Climax Attack, which unleashes a destructive attack that engulfs the towering foes as if they were ants. It should be noted things get gruesome especially with the torture attacks, which see you jamming enemies into iron maidens or chopping their heads off with a guillotine. The voice acting is done nicely, making character interaction feel natural. The soundtrack ties everything together with music that perfectly fits the billing. I never ran into any slowdown while playing in docked or handheld and both ran exceptionally well. Load times are almost nonexistent, which was a pleasant surprise, keeping downtime to a minimum.

Having played Bayonetta for the first time on Switch, I had some concern it would feel dated, especially after playing through Bayonetta 2 on Wii U. However I found it difficult to believe this game is nearly a decade old. It has a sense of style and charm that many fail to achieve, all without sacrificing the most important element: fun and exciting gameplay. So while it’ll be easy to overlook this in favor of the sequel, in doing so you’d not only be doing a disservice to the game, but a disservice to yourself.