As the Switch matures, we’re seeing a welcome addition of more creative titles hitting the system in 2018. One of these, the quirky puzzler Vesta, is at home on the Switch with a bright aesthetic, enchanting soundtrack, and upbeat protagonist. While the game can be slow-paced, it’s a good addition for meditative puzzle-solving mixed in with a mysterious storyline that gradually unravels as you progress. 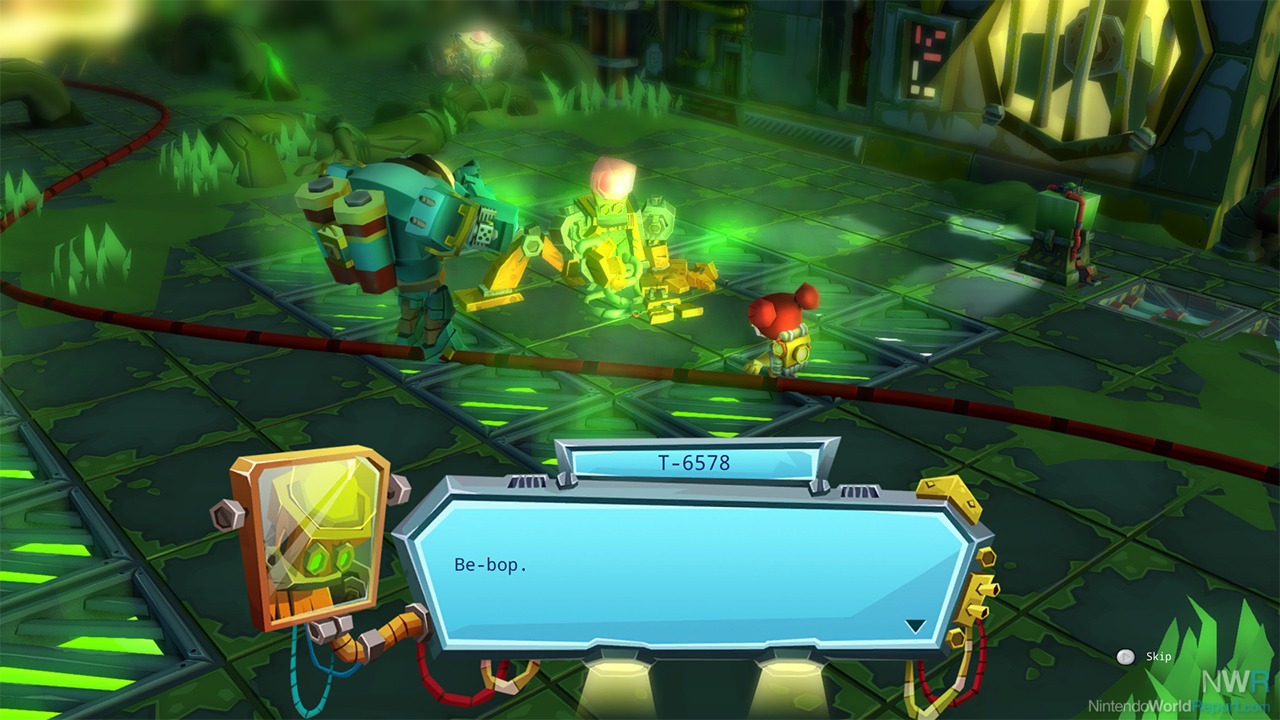 Vesta is a young girl living alone in a facility maintained by robots. She knows nothing of the outside world and is tasked by the lead computer, MUM, with gathering valuable energy and progressing though the maze-like environment. Through scattered cut scenes, character dialogue, and messages found throughout the levels, Vesta learns more about the facility, its history, and the fate of the employees who built it. Important cut scenes are animated in a bold comic book style, which does a perfect job of building the characters and story while tying into the blocky look of the 3D gameplay.

Early in the game, players are introduced to DROID, a large weaponized robot with super strength. Gamers must switch between Vesta and DROID to progress through levels, obtain the required amount of energy, and get both characters to the exit. Vesta uses a special backpack to suck energy from devices (movable platforms, conveyor belts, etc.), damaged robots, and enemies. Transferring that energy elsewhere powers up other devices in the facility. DROID can move objects, throw Vesta across small chasms, and stun enemies with his rocket cannon while Vesta collects their energy to fully defeat them. Players must use their abilities together, sometimes rather quickly, to solve each level. It’s usually easy to control each character, but in situations where timing is key it can be a little difficult to aim DROID’s weapon with the control stick since his cannon only moves to certain angles. 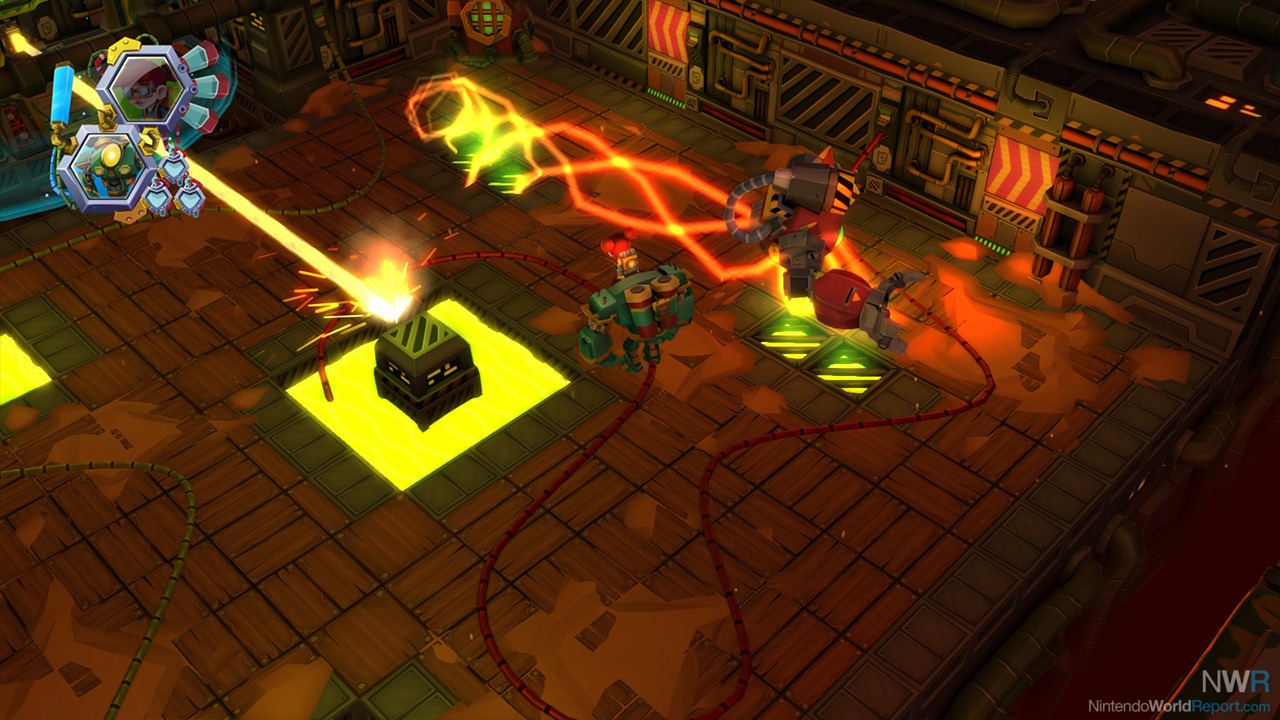 Characters and devices, like platforms, often don’t move very quickly, which can become frustrating if you’re sent back to a checkpoint or if you’ve come up short on your energy count at the end of a stage and have to backtrack. The puzzles themselves gradually increase in difficulty at a steady pace. On a whole, each level is entertaining, but don’t expect to speed through the game. There are 36 levels spread out over four worlds and it can take about 15 hours to get through depending on how thorough you are. Completionists will appreciate a series of collectibles scattered around the levels that will push your play time further as you search obscure spots. While it can feel monotonous sometimes as the environment doesn’t change often (lots of metal, acid, and pipes), boss battles break this up nicely by creating a new way to play.

Puzzle fans will find a lot to love in Vesta. The game goes beyond simple tasks to a fully fleshed-out experience with beautiful graphics and an intriguing storyline. While the pacing can be slow and certain puzzles frustrating if you don’t follow the correct sequence on the first try, this is a perfect title to pick up and chill out with. The levels can vary in length, but overall aren’t that long, lending itself well to short play sessions while on the go.