A beautiful blend of glorious pixel art, a heartwarming story, and engaging gameplay.

Owlboy’s elegance is its best trait. The gorgeous pixel adventure cultivates a pleasant vision, with expressive and beautiful artwork mixed with a soaring, tone-setting soundtrack. The near 10-hour journey excels because of that presentation, but what makes it coalesce in such a marvelous manner is the heartwarming story, clever mechanics, and joyful exploration. 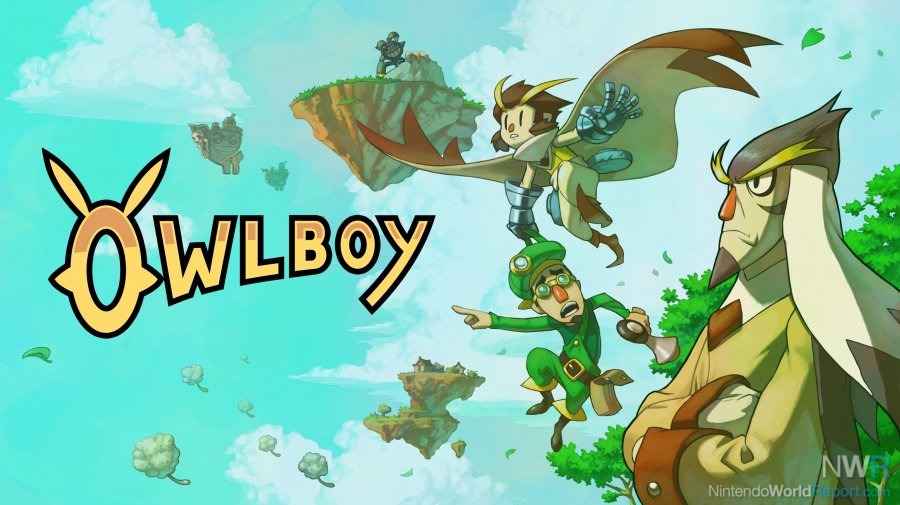 It stars Otus, a mute owl who has a history of failure, but under your control, he’s a potential world-saving hero. The story oscillates deftly between a charming adventure and an emotional journey with regularity. In general, the tenor of the tale is one of coping with mistakes and loss while overcoming adversity. Since the development of Owlboy took the better part of a decade, I wouldn’t be shocked if some of the developer’s own travails found their way into the story. Otus’ sprite does a great job of wordlessly expressing emotion, and all the characters he comes across are well-written and engaging. The broad strokes of the story aren’t that memorable, but the emotional beats very much are.

A handful of the characters you meet become companions for the owl hero and are used as the primary form of combat and puzzle-solving. The first companion, Geddy, just has a small blaster, but later on, pals with shotgun shots and web-shooting abilities add more variety and possibilities. The companion concept is fun, even if it can be a little clumsy sorting between them. Immense props to the developers for the in-world explanation for why they can just appear out of thin air when Otus needs them.

Companions or not, it’s a blast exploring the world, especially flying through the open air of the main overworld area. Movement in more expansive areas is glorious, but in tight corridors, especially when a lot of nuance is required, it gets frustrating. Specifically, a few segments when your view field is limited slow down the experience.

Where exploring is most fun is in the various dungeons. Each one is dripping with puzzles and challenges that force you to think of how to use each ability at your disposal in unique ways. The few times I got stuck were mostly because I overlooked a small detail or an item I could interact with. For the most part, I just had a blast moving around each area trying to puzzle out where to go and what to do next. The pace and flow of gameplay is fantastic.

While Owlboy is primarily a story-driven linear experience, a few collectibles populate the world. Coins can be found to unlock various boosts and bonuses. Finding these coins while you go through the story is fine and well, but if you intend to go find all the coins later on, the lack of a map makes that more of an annoying process. Fortunately the whole world isn’t that much of a labyrinth, but it’s complex enough that it’s easy to forget exactly where an area was or specifically how to get there.

As of the version of the game I played, Owlboy on Switch is mired in technical issues. I’ve had game freezes, blank screens, breaks in game logic, and a whole lot more in my playthrough. Fortunately, thanks to the frequent auto-saving checkpoints, I never lost more than a few minutes of play. Still, it’s annoying to have to regularly go to war with technical problems. The developer is reportedly working on a patch.

When that patch comes, Owlboy is absolutely worth checking out, even if just for the pretty artwork and enjoyable story. Fortunately on top of that, the gameplay is also sound, delivering a nice puzzle platforming experience with a wealth of variety and distinctive elements. That being said, the Switch version is rough around the edges right now. It’s still possible to play through and enjoy, but it might be worth holding out for the patch (or even the physical version in May).