Online’s a blast in this futuristic disc-throwing sports game. 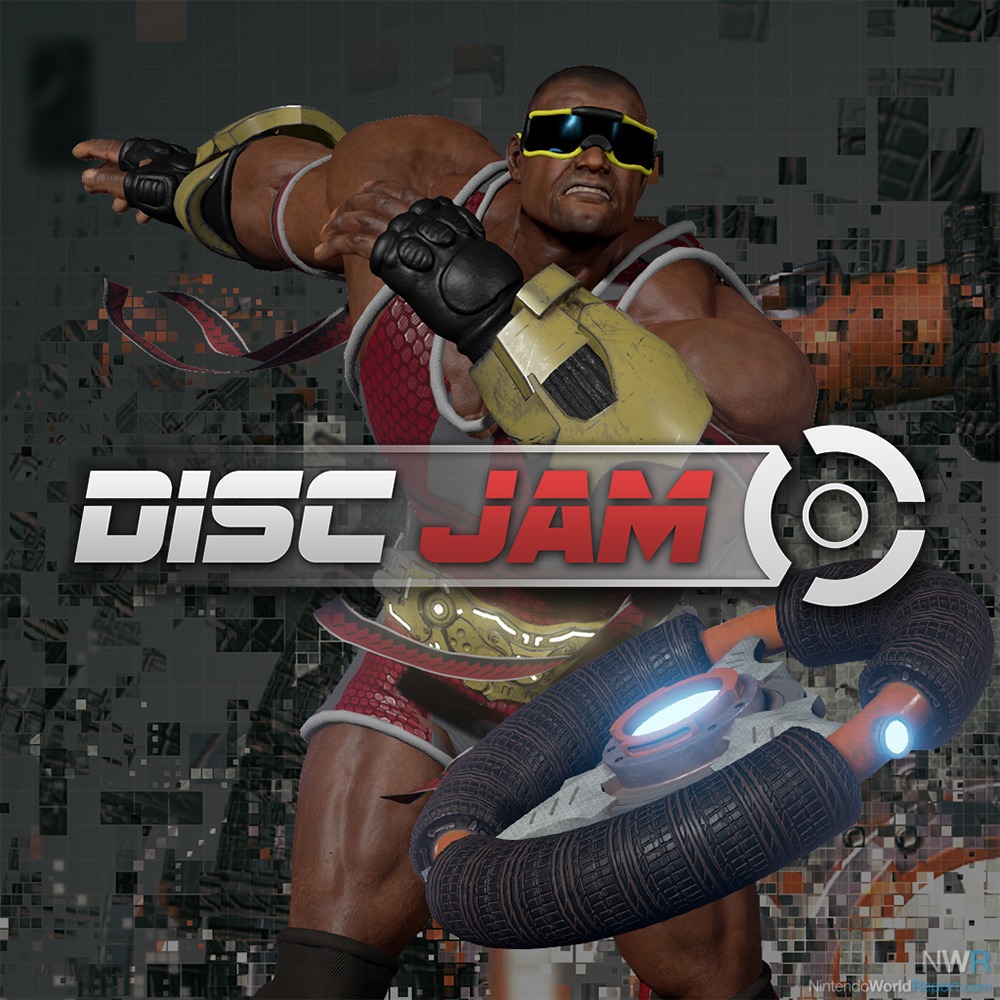 It’s of my sincere belief that gaming would be better with more ridiculous made-up sports. The Switch has been catching up with offbeat sports games, with Rocket League making a splash on the system late last year. In the same vein, High Horse Entertainment brought Disc Jam, a Windjammers-inspired futuristic disc-throwing game where players more or less play whacked-out tennis mixed with air hockey against each other. While it’s rough around the edges, the basic gameplay is a lot of fun, even if everything outside of the online multiplayer seems half-baked.

The basics of Disc Jam involve throwing a disc in a variety of curving methods to slip it past your opponent, scoring points in the process. A button press throws the disc, but all sorts of English and spin can be added to it to try to throw your opponent off, pressing buttons or jerking the analog stick around to do so. Catching is done automatically, but a slide is integral to make up ground quickly. Super throws, lobs, and more add depth to what is, at heart, a simple concept. 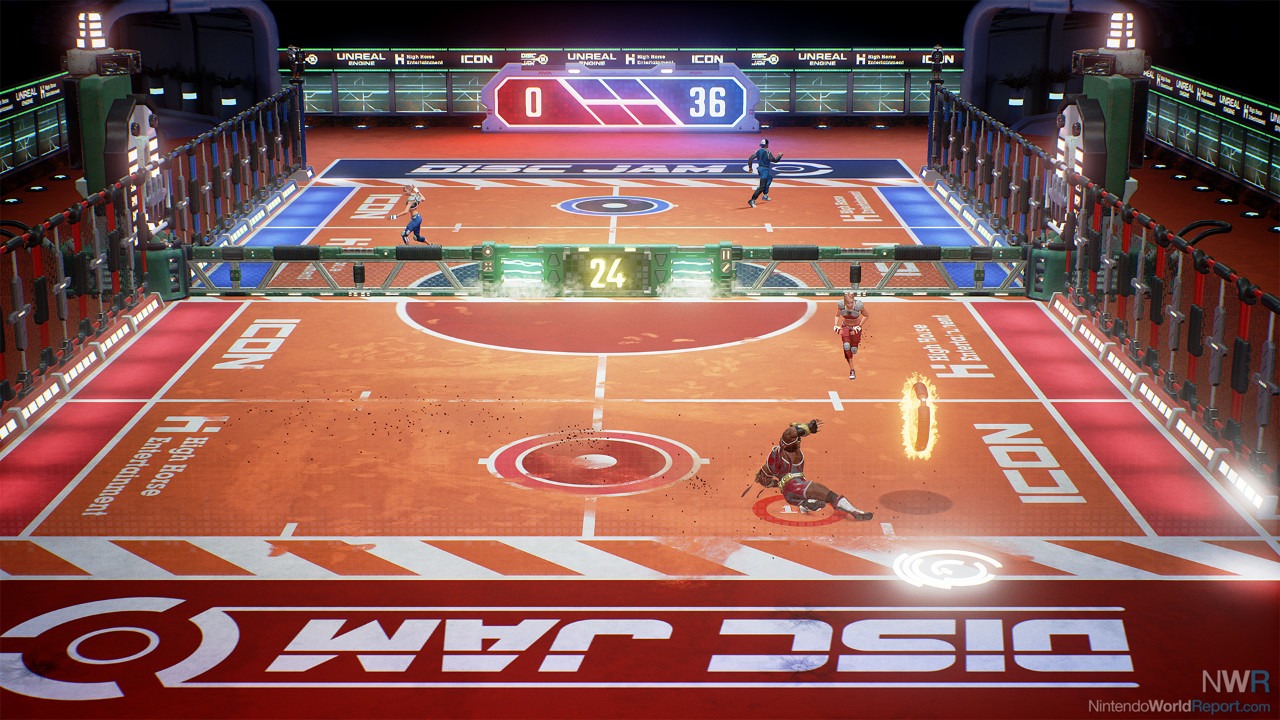 It can be overwhelming initially, and while the included two-part training is helpful, the lack of any true single-player component makes the learning curve steeper than it should be. The options at the start are just training and single matches. The draw is online and it is well-populated so far, especially since the game offers cross-play with PC players. The dozens of matches I played ran fantastically well whether I was pulling from just the Switch player base or the combined one.

But aside from online, which promises ranked leagues and seasons in the near future, Disc Jam is sparse. The Ghost Arcade is the best non-online option, consisting of matches against bots influenced by the play of real players. It’s functionally identical to online play, though. Likewise, the local multiplayer options, which include split-screen and multi-system wireless play, are totally fine but more of the same. The offline local modes do unlock all of the characters, emblems, taunts, and the like that are all gated behind an in-game currency online. All of those elements are locked behind a currency you can earn by playing or by spending real money in the eShop. Essentially, the two characters not initially available are $4.99 a piece. Each character is 25,000 credits and you earn about 100-300 credits a match it seems. If you want to unlock the characters for online play without paying more money, it’ll take you a long time. 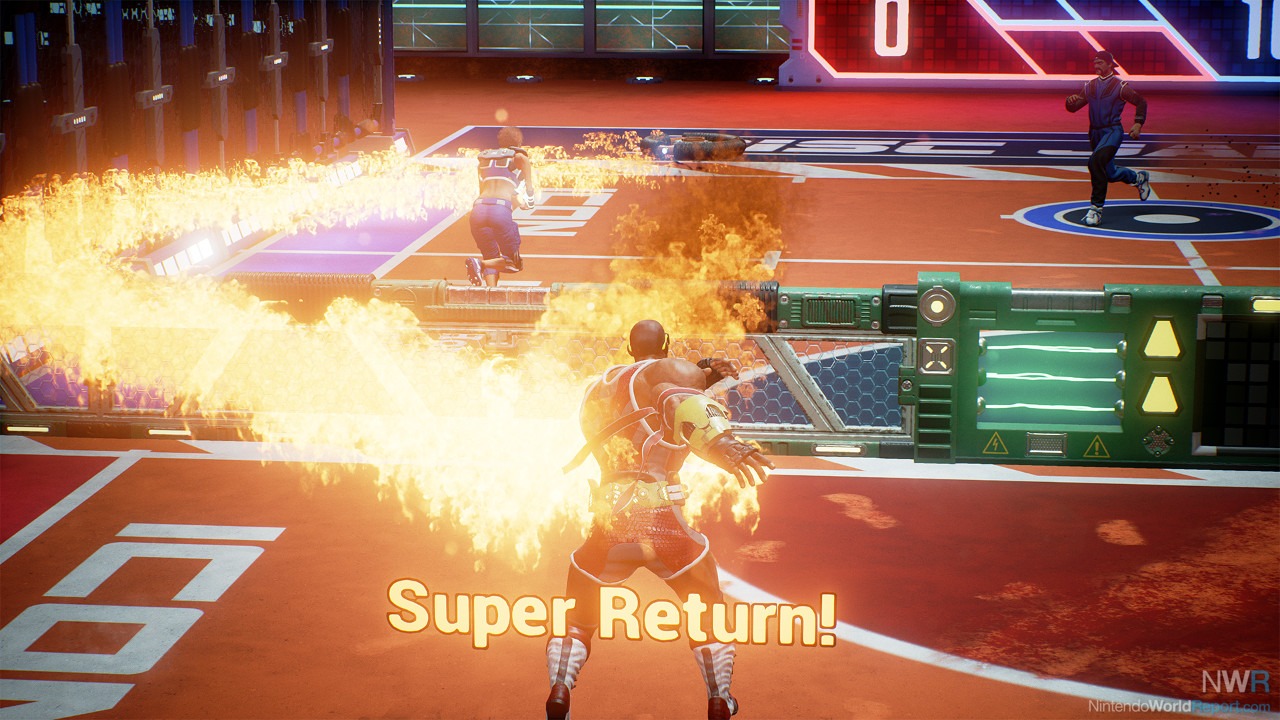 The entirety of Disc Jam depends on if you’re into playing Disc Jam competitively online. If you’re not into that, then this game is probably not for you. The Ghost Arcade is the best mode aside from online play, and while it’s nice that it’s there, it’s just the same thing with an offline hat. On the bright side, online runs very well and thanks to cross-play with PC, the player base should stay strong for a while. The disc-throwing action is very fun, but with limited ways in which to do it, Disc Jam is a one-trick sport.