Climbing this mountain might be an arduous task, but the experience is gleefully rewarding and beautiful.

The super-hard, masochistic platformer has been something that’s remained prominent throughout this recent indie game surge, whether it’s as far back as about a decade ago with I Wanna Be The Guy and Super Meat Boy or as recently as The End Is Nigh and Slime-san. That genre has seen some masterpieces over the years, but of all those challenging games, Celeste from TowerFall developer Matt Makes Games has quickly ascended to the top of the list, combining immaculate mechanics, devilish challenges, and high levels of accessibility into a beautiful and amazing package. 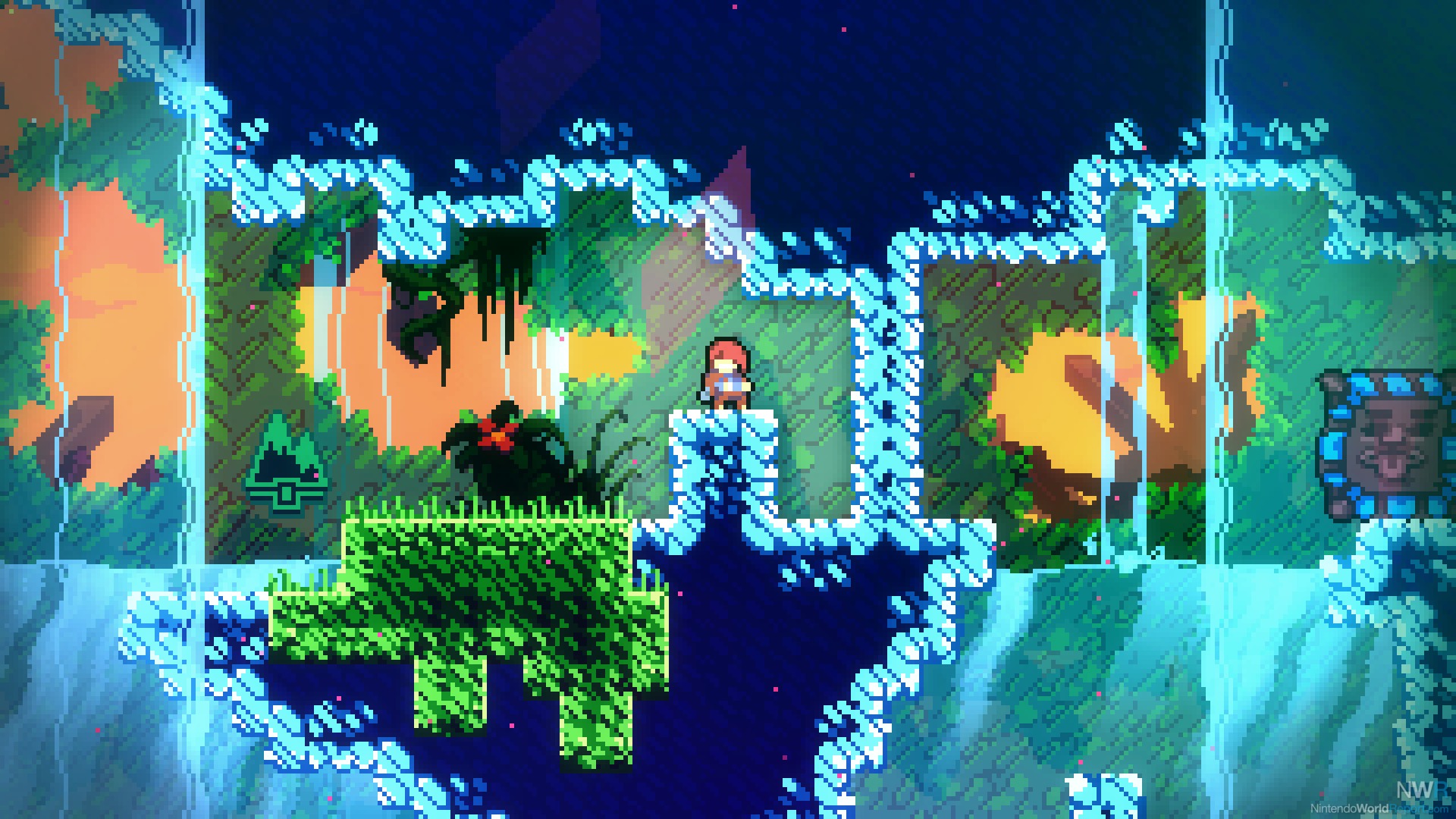 Celeste stars Madeline, a troubled girl attempting to climb the titular mountain. A few other characters show up along the way, including the good-natured hipster Theo and a dark version of Madeline. The game is split into chapters and generally those are bookended by story moments that touch on some relatable feelings of depression and isolation. The whole story has a magical realism vibe to it that works far better than I ever would have thought, and key emotional payoffs result in earned new abilities or boosts that tie the story to gameplay.

The platforming is simple but feels just right. Madeline can jump, climb on walls, and dash. The dash can be used almost as a double jump, but it’s used in more ways than just that, as it can also be used as an attack or a way to speed up on the ground. Throughout each chapter, multiple new twists are introduced, like platforms that move when you dash or see-through boxes that shoot you out like a cannon when you dash into them. To go into further detail of these concepts would ruin the exploratory delight, as each new area houses multiple new ideas. It’s incredible how smart the wordless tutorials are along the way as well as the numerous ways these ideas are mixed and matched to create clever segments and areas. 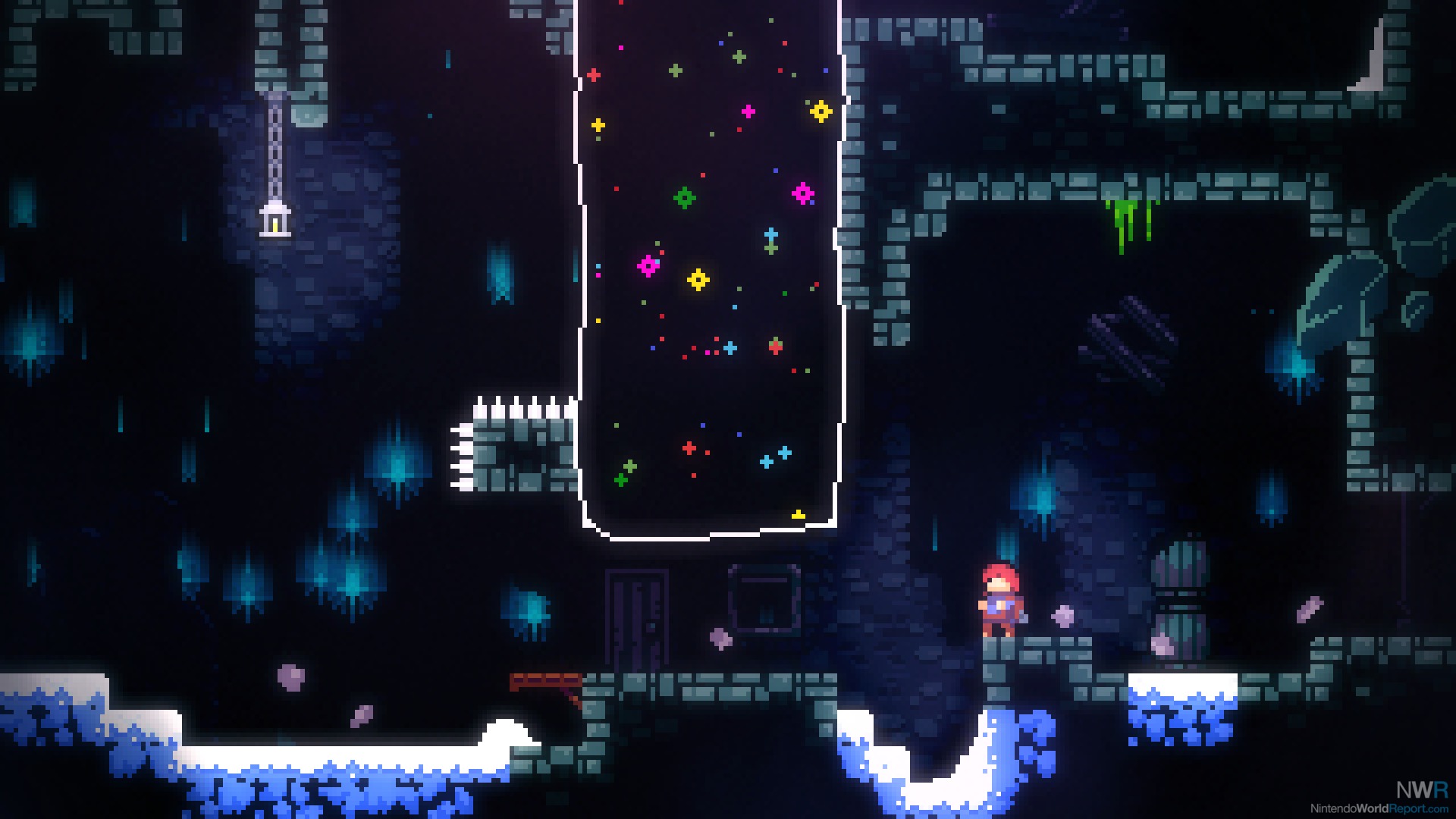 Chapters contain a variety of interconnected rooms packed with puzzling trials. The critical path is easy to follow, but secrets are nestled throughout with strawberries being the reward for most of the extraneous areas. Strawberries are akin to the Star Coins in recent Mario games, though they don’t appear to unlock anything. Each chapter also contains a cassette tape that unlocks a B-Side, which is a much harder version of the chapter with a remixed musical track. Hearts and other items are also hidden throughout, unlocking even harder post-game platforming challenges. Once a chapter is completed, your completion time and death count is tracked. The unlockables are also marked so you know which areas to go back to if you’re looking for the final few strawberries.

A simple normal game completion is already a steep task without taking into consideration all the hidden areas and other trials. If that’s intimidating, then the Assist Mode might be your new best friend. This easy-to-access mode lets you customize the difficulty in a way through four simple tools. You can slow down the game in increments of 10%, add infinite stamina, add a second or infinite dashes, and add invincibility. All of these toggles can be turned on and off in any combination once Assist Mode is turned on. It’s fantastic for frustrated and struggling players with the added benefit that it looks hilarious when you turn your heroine into a super-powered being that can just dash everywhere and never die. This add-on is easy to ignore if you’re a purist, but always there if you want some help, even if it’s just to get past one specific room that’s giving you fits. 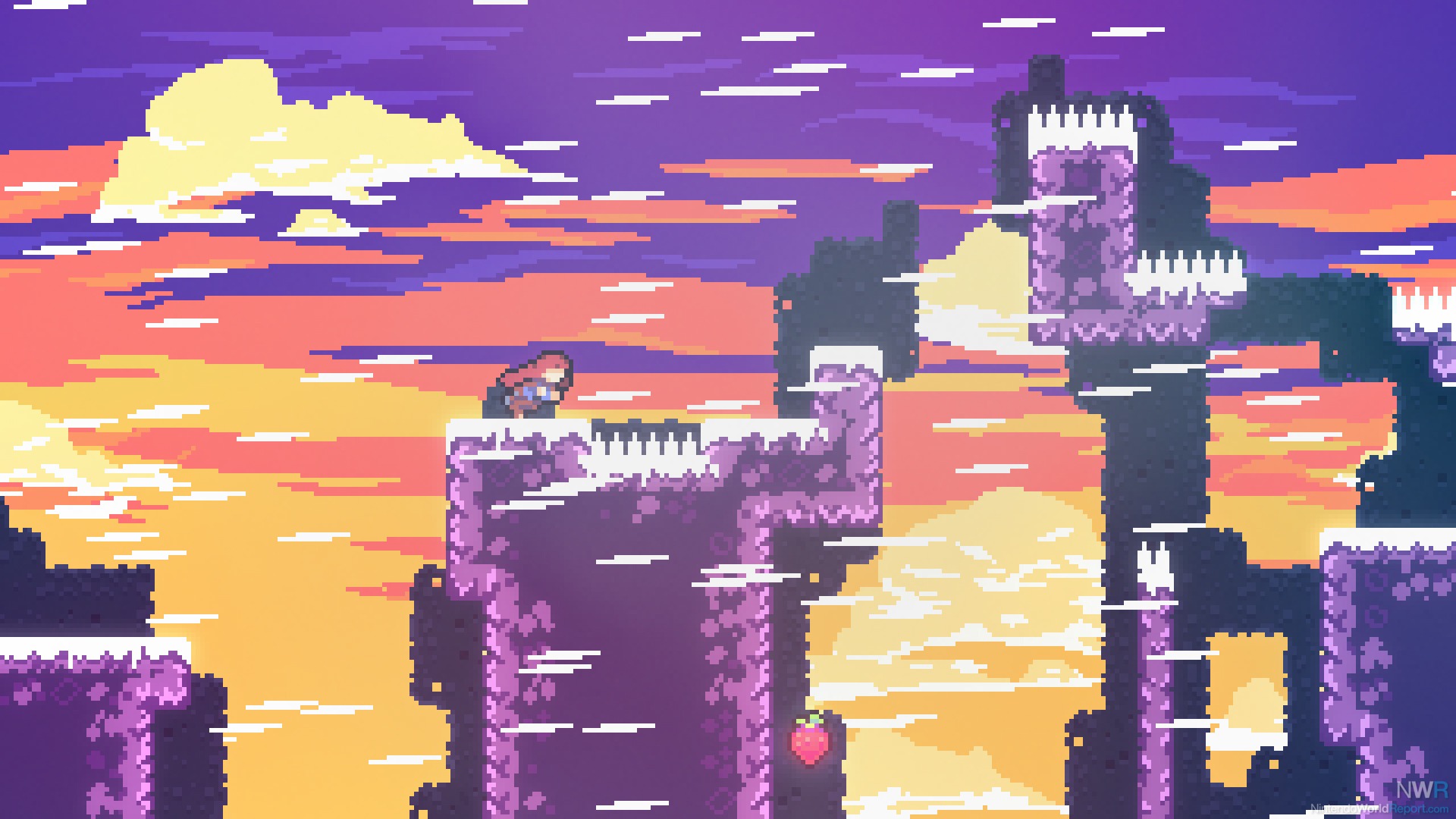 The pixel art is colorful and easy on the eyes, but the music is what makes the presentation so arresting. Lena Raine’s soundtrack is moody and memorable, varying from uplifting hopeful tracks to more somber tunes as the story and platforming dictate. The remixes used in the B-Sides are just as magnificent, including tracks from 2 Mello (the dude responsible for the amazing Final Fantasy/Wu-Tang mashup Final Fantasy - The 3-6 Chambers). With how hard the game gets, the soundtrack has to be good. Even when my death count hit the triple digits in some levels, I never grew tired of the music. If anything, I want to download it and listen to it more.

In raw platforming prowess, Celeste is on par with the hallmarks of the genre, flowing with excellent challenges and content. What separates it from the pack and makes it more of a platformer pinnacle are the other parts of the whole: the layers of accessibility, the engaging story, and the charming presentation. All of those pieces gelled together in a spectacular way, in a way that led to me adoring this game much more than I thought. Celeste is magical and beautiful, mostly thanks to its brilliantly designed levels, but it becomes transcendent thanks to everything else.