Slow down time and fight interesting bosses in this Switch run and gun game.

The Switch eShop is home to a lot of interesting games, but one genre that’s been less represented than others is run and gun action titles. Bleed is an interesting take on that game type that keeps things simple for the most part, but has just enough new ideas to make it stand out and be worth your time.

Bleed is based on a very basic set of mechanics. Move with the left stick, shoot with the right, and jump with ZR. You can also get a boosted double jump in any direction by pressing ZR again. The most interesting feature, and the one that sets this game apart, is the ability to slow down time by holding ZL. As the game goes on it’s more and more important to make good use of that mechanic to dodge fast-moving enemies and navigate boss patterns. 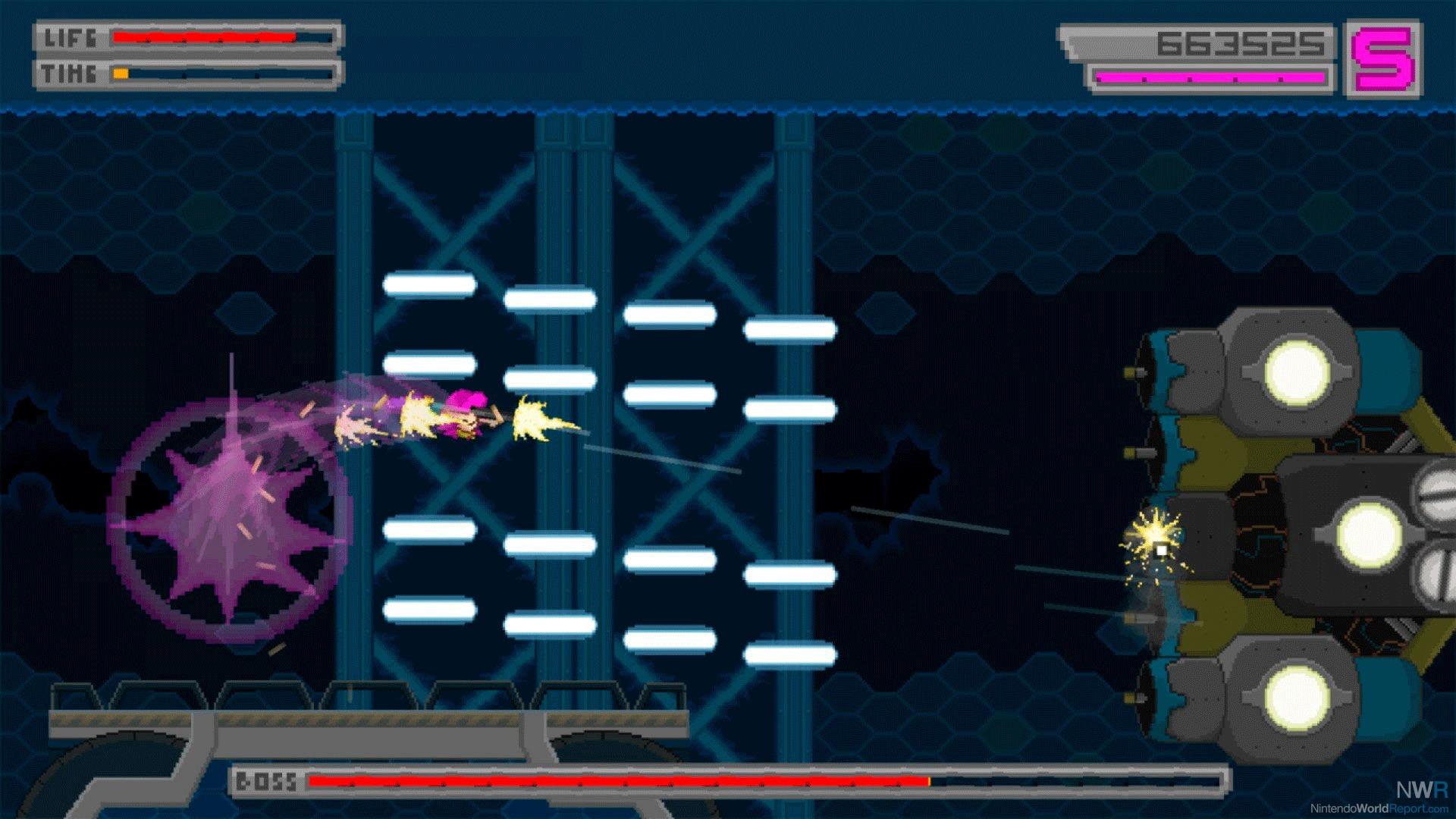 The game features a number of different weapons to choose from, but I found myself mostly sticking with the default Dual Pistols, as the ability to fire continuously and hit things from long range usually makes up for any advantages other weapons might have. Additional weapons can be unlocked with experience gained in levels, but it seems like the smarter use of that is to expand your health and ability to slow time.

The levels are very linear, though sometimes feature somewhat intricate platforming, and mostly serve to drag you from boss to boss. Thankfully, the boss battles are very interesting and easily the highlight of this game, with a wide variety of different types and each one having several different patterns it cycles through. It can be quite difficult at times, but it’s very generous with checkpoints, including one right before every boss, which minimizes frustration. 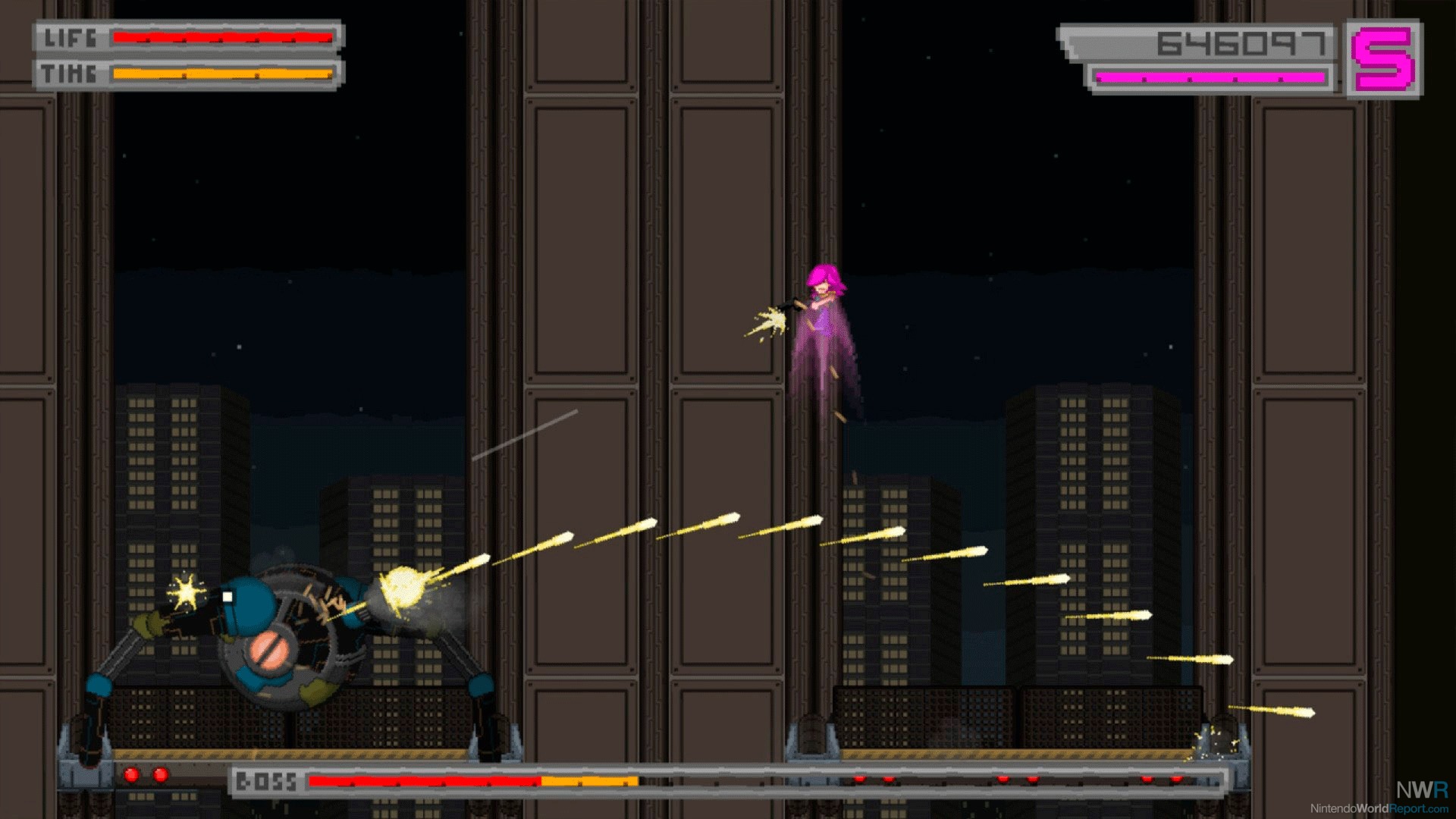 Bleed mostly does a good job of making the most out of its relatively simple design, with the time slowing mechanic resulting in a unique feel that sets it apart from other run and gun games. The checkpoints and upgrades, as well as variable difficulty settings, make it very accessible in a way you don’t always see in this genre. Bleed is yet another compelling indie experience on the Switch eShop.