The Next Penelope (Switch eShop) Review

Get ready for an intergalactic journey with plenty of hurdles and bumps.

Back during Gamescom 2014, I lovingly spoke about an upcoming release called The Next Penelope. The man behind the game, Aurelien Regard, seemed to have a grand vision for the title. It mixed elements from Micro Machines, F-Zero and even a shoot-‘em-up or two for something truly remarkable. Sadly, the game never ended up on the Wii U eShop, due to a rough porting process. With a new system release, the developer finally saw fit to release it on my home turf. Just like back then, the result was a delight all the way through.

You’re put into the shoes of Penelope, the wife of Odysseus. Just like the Greek stories of old, the commitment to her husband is unrelenting. Despite the interest of many suitors, she goes on a journey to find Odysseus or at least some news on his whereabouts. The difference between the original tale and The Next Penelope is that it takes place in a space kingdom that reaches the outer rims of the universe. Ithaca, as said kingdom is called, brings a five hour journey that is both enthralling and challenging. 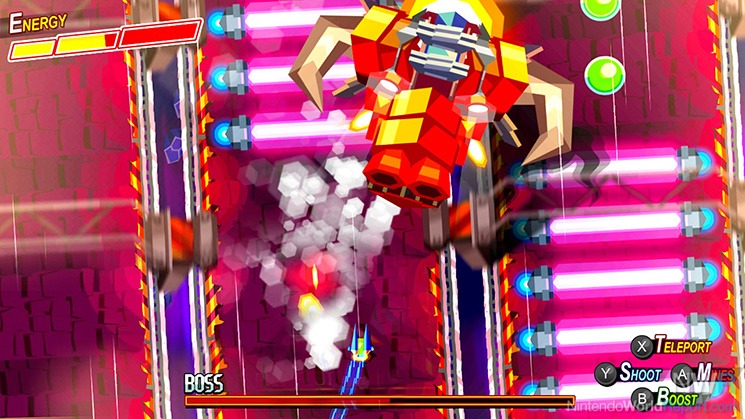 The way you explore the world is by racing on various tracks and obstacle courses. You control the action with either the D-Pad or the ZL and ZR buttons while the acceleration is done for you automatically. While that sounds simple in premise, getting yourself around corners or obstacles requires delicate movement unseen in other games of the same ilk. More importantly is the focus on four different weapons, which are activated using the face buttons. The first power you get, a boost, isn't just used to get ahead in the game. You will need it to destroy blocks and clear a way that allows you to live. The same can be said for the laser or transport abilities. Both can used in multiple ways to get your head in the game.

While The Next Penelope is on the shorter side, it does offer a solid progression curve. You will glide your way through three-part galaxies, which ups the anti as you go along. The initial mission teaches you a new technique, the second is a race and the third ends with a boss encounter. Those first moments require you to adjust your momentum and approach the gameplay style in a new way. Take the lava kingdom for example. It’s here that you learn teleportation and the need to make your moves with a certain swiftness. If you see a gap that you can overcome, you need to hop on that chance as soon as possible. This sets you up for a boss (minotaur to be exact) for where the quickly switching lanes is an essential part to victory.

There is so much to keep in mind, all while keeping your energy levels in check. The risk of overusing your powers is certainly there as they become tools you rely on. In the early levels, I found myself using the boost way too much, which resulted in some quick deaths. That was certainly on me, but learning from failure is important for success. You will need to be sharp to overcome the brisk challenges. It’s good to have some quick reflexes, but a victory comes down to having a good battle plan and using your options well. In the end, I was so happy as I tinkered around and found the things that worked. It was super rewarding. 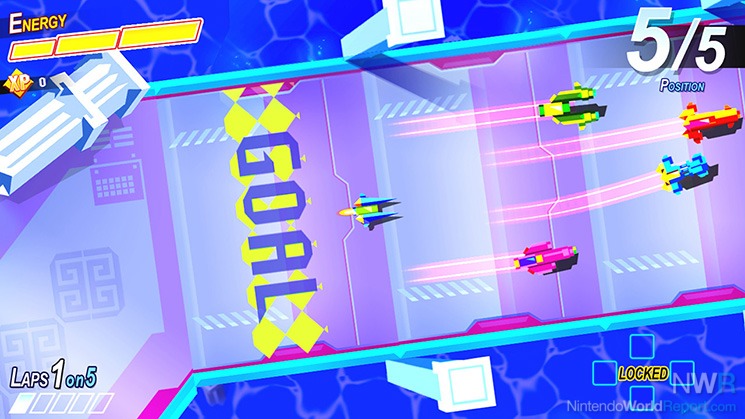 After you’re finished, there are some additional missions for you to tackle. While I thought that the campaign was a done deal, there is some fun to be had there. My main gripe is that the story ends, which makes it less involving than before. For a better change of pace, the game offers a local four player multiplayer mode. You can play against one another with a single Joy-Con, and try to be last survivor in a race. I had a solid of amount of fun with said option, so much so that I was sadly bummed with a lack of online support.

The Next Penelope looks absolutely stunning on the Nintendo Switch. The races are represented in a F-Zero X like style, where it uses these sharp low polygon graphics. Add to that the portraits of the characters and the story's vibe, and you have something that really hits home. The soundtrack is grand with a nice selection of catchy tunes that get the blood pumping. What makes it all the more impressive is that it all comes from the head of a single man. Aurelien Regard, previously of Arkedo Studio, has me very excited for whatever he does next.

At the end of the day, The Next Penelope isn't a racing game. It is an adventure game that happens to use racing as one of its core mechanics. There are many little things that you need to keep in mind to nail down a challenge. Strategy is the magical word here, and you shouldn't forget when the game throws you yet another curve. The journey is over before you know, which is a slight shame, as I was hoping for it skew a bit longer. Of course, it comes down to what a game does with its running time. In that respect, I couldn't be happier.

$13.  Given the short length, I think I'll wait for a sale, but I'm intrigued.  It's a shame mediocrity like Yooka-Laylee gets so much attention while truly new ideas like this are so overlooked.  This game only has 4 reviews on Metacritic.