Flex your vocabulary and find your thesaurus for this word RPG for the Switch. 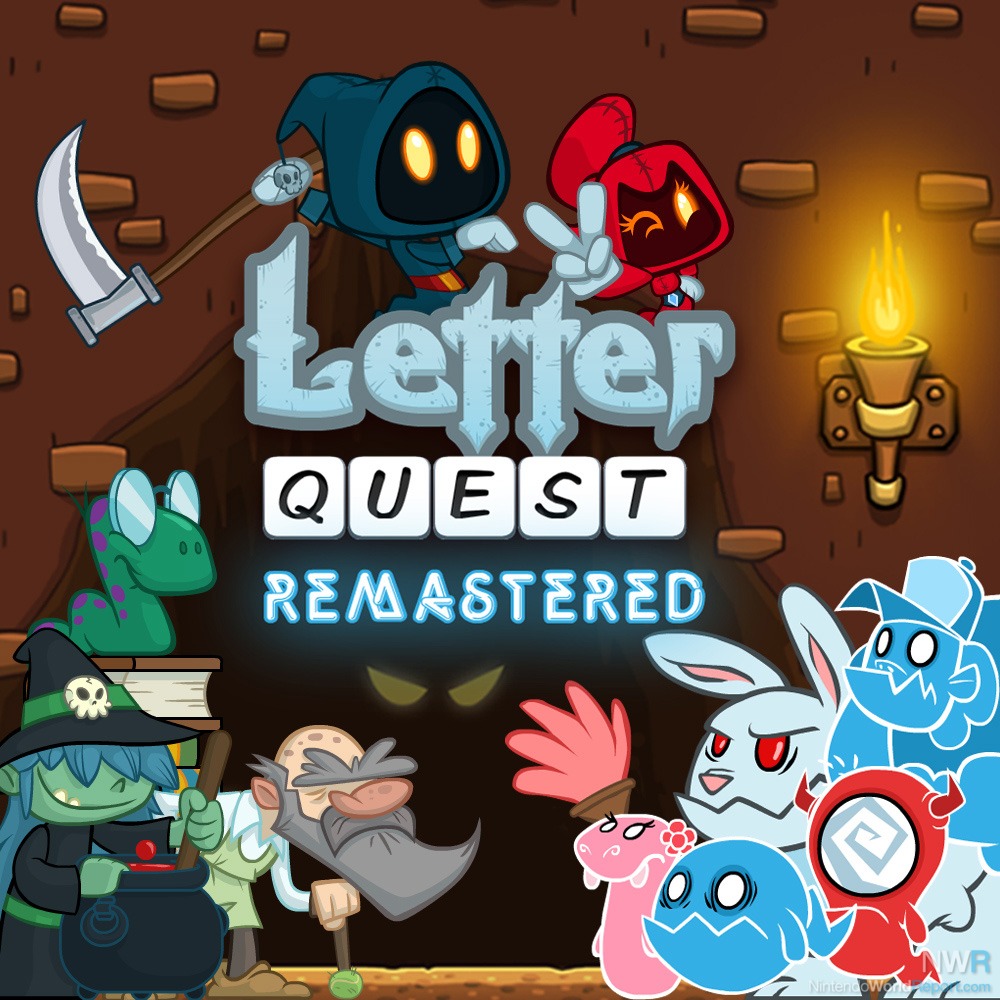 While the hardcore audience has been getting treated to some great indie variety, the Switch is a platform built to support many tastes, casual gamers included. Many of the best games in this space were either created or refined by the folks at PopCap and one of their titles I enjoyed the most was called Bookworm. Letter Quest Remastered reminds me of that title in many regards, and actually shares quite a lot in common with another title that recently released on Switch called Spellspire. Though they are very similar, some nuances to how they play and that may be crucial to which is better suited to your tastes.

Starting with the basics, Letter Quest is a word game / RPG hybrid where you’ll be trying to flex your vocabulary in order to defeat monsters that get in your way. As you progress, a shop opens filled with what ends up being a pretty impressive, if not a little overwhelming, variety of gear. These include new weapons, books, tile sets, and all sorts of things that will help you change the game’s appearance, enhance specific abilities, or give you special bonuses for using specific letters or combinations of letters. 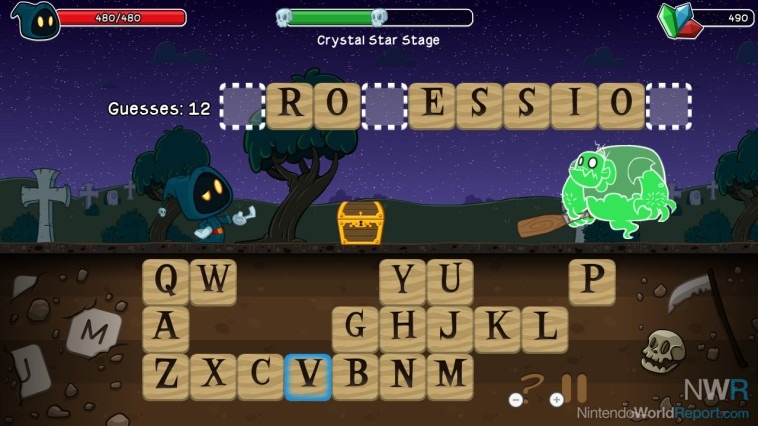 For variety, aside from being able to repeat the same stages at higher difficulty, there are boss levels, special stages that are a bit like classic Hangman that will give you a mid-level bonus, and monsters that will create a pretty wide variety of status effects on your board to complicate matters. In addition, random letters sometimes crystallize to entice you to figure out how to get them in a word since they’ll give you a variety of buffs that could be the difference in whether you survive or not. These all keep the sense of the grind to more of a minimum, while requiring some tough decisions and strategy along the way. 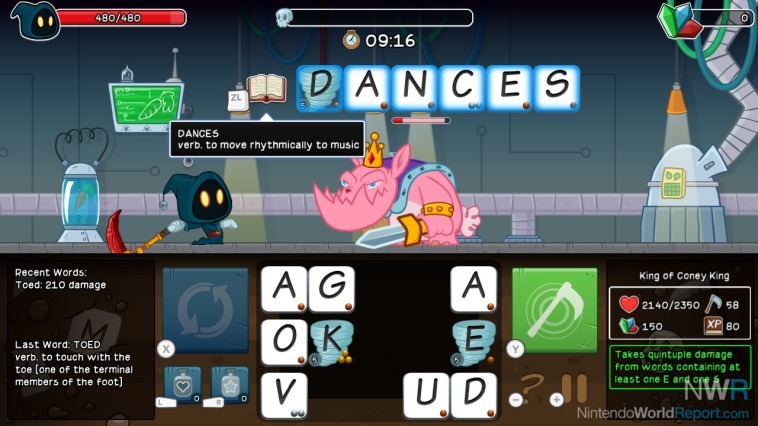 Contrasting it with the Spellspire, the other game in the eShop that is in the same vein, while they’re both well-made and share many ideas, a few critical differences are apparent. The first big difference is in how the challenge is applied. Where Spellspire uses a timer to keep you thinking quickly and on your toes, Letter Quest features a lenient timer for completing challenges but won’t have you scrambling to complete words before your enemy’s next attack. Instead, the status effects on the letters on your board, or even bosses that will have conditions like only words beginning in vowels causing them damage are where you need to be focused. This makes everything play out more strategically where Spellspire is more tied to action. Reinforcing that sentiment further is the fact that the upgrades, specifically the books, in Letter Quest get pretty specific in giving you bonuses for things like using the letter E, using double letters, and more. While the bonuses aren’t necessarily substantial, they do influence how you play and can give you the edge sometimes. Due to removal of the timer’s urgency, I also think Letter Quest is better suited to people who anticipate playing the game more in docked mode as well just because it is slower to use a controller than the touch screen in these sorts of games.

With all of this in mind, I’m pleased to say that Letter Quest Remastered does a pretty fine job of carving out a place for itself in the lineup of Switch gamers looking for something more casual. If you like to get out your thesaurus and flex your vocabulary while having to contend with the obstacles your enemies love to throw in your path, it does a fine job. What helps distinguish it is the level of strategy you’ll be able to employ while doing so.