Surprisingly the racing is done with cars and not a magnifying glass. 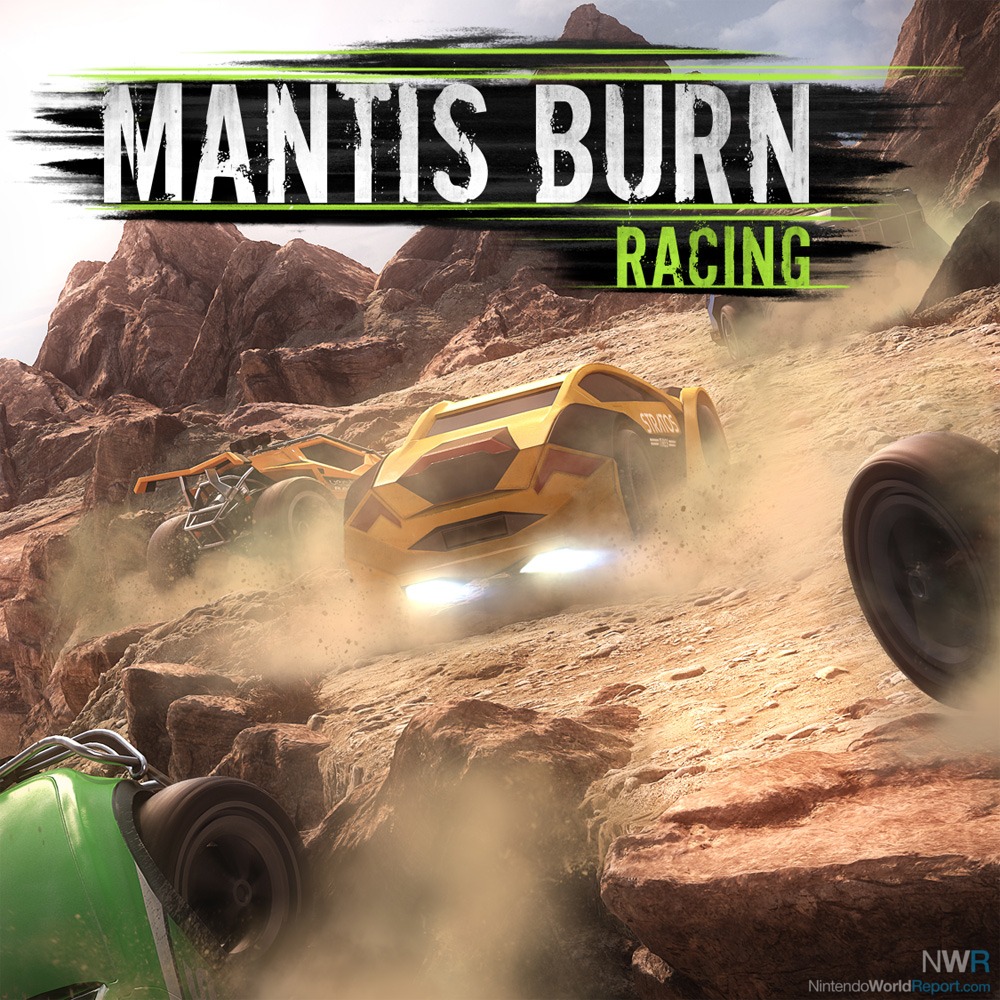 For the most part when people think about racing games today something along the lines of either hardcore racers like Forza or lighter fare like Need For Speed come to mind. If you go much further back, though, there’s another style of racing that even has nostalgic value for old school fans of series like Micro Machines and that’s the top-down racer. Mantis Burn Racing is now here on the Nintendo Switch and it makes a strong case that this style of racing is far from dead.

If you’re a big fan of controlled drifting you’ll be in love because more than anything that’s at the core of the gameplay here. As you move through the ranks of different circuits you’ll work on refining your skills, thrown into races that will sometimes demand that you use a specific vehicle (including ones that feel like controlling a brick on wheels) and sometimes getting to choose. Completing races and performing well will gain you experience, cogs, and upgrades that you can then use to improve specific characteristics of your vehicles. The progression is pretty important as mastering the turns in each style of vehicle and on each road surface can be tricky even when the speeds are slower, and when you get to the high end and far faster vehicles that don’t even have wheels it gets a bit insane. 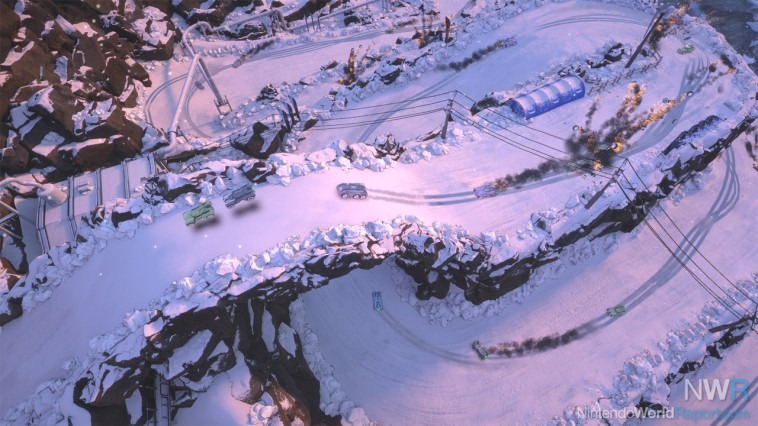 Noting that it is crucial to develop your skills little by little my biggest concern for the game is actually the pacing of progressing through the Career Mode and how repetitive it can feel at times. You’ll have a variety of race types thrown at you, from time trials, to normal races, to eliminations, but in the early going you’ll also find yourself typically on the same tracks over and over. The shame is that since the Switch version of the game has all of the DLC packs in the game that they weren’t peppered into the career mode in some way, even if just swapping out some of the tracks in the early going. I just worry that for some people keeping interested through the early slog is more challenging than it should need to be given the total content in this iteration of the game. Switching to playing in online races definitely helps to break things up but there are real benefits to completing the Career mode so it would have been nice to have that shaken up a bit.

What absolutely redeems the game for me, and actually what I’d love to see in a sequel, is the Battle Mode that was introduced in one of the DLC packs. More of this please, there’s just something enormously satisfying about wrecking your opponents or narrowly avoiding being destroyed by managing to get to a repair spot while your vehicle is on fire from taking so much damage. Racing purists will no doubt be more attracted to the high-speed insanity of the anti-gravity vehicles that were introduced in a different DLC pack and make absolute precision absolutely a necessity. As I’d said before my only wish is that somehow the entirety of the game’s content could be remixed so that the Career mode would take full advantage of everything the DLC packs added to the game in order to make the early progression far more in line with all the game has to offer. 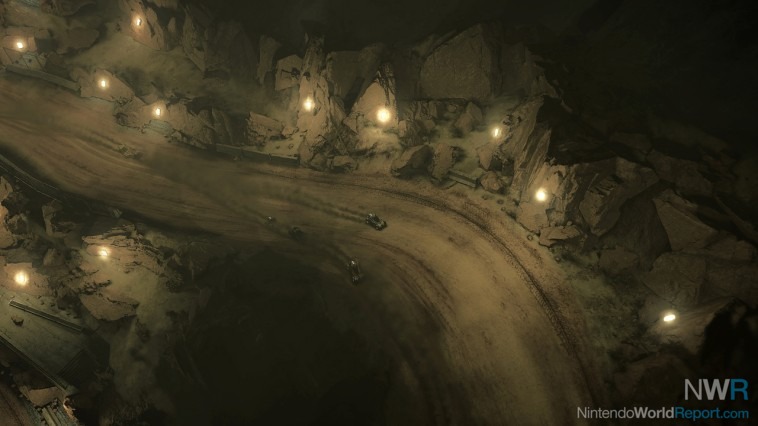 All said Mantis Burn Racing plays brilliantly on the Switch whether in docked or handheld mode. Control is smooth, the drifting is satisfying, and in general it looks great. You can enjoy playing against the AI but it is far better to play with friends locally or online and in general I didn’t have issues finding people to play against since it is cross-platform to boot. If you’re willing to grind through the Career Mode in order to learn the nuances of the controls and unlock everything the game has to offer it does deliver a satisfying payoff, I just wish tastes of it came sooner.