Snipperclips Plus - Cut it out, together! (Switch) Review

More of what you love.

Way back when the Nintendo Switch first launched there was a certain hugely-anticipated game that hit the store shelves with it, possibly overshadowing a little gem of a game called Snipperclips. This cooperative puzzle game made big use of the two player Joy-Con concept, and was met with high praise as it charmed its way into the hearts of new Switch owners. Nintendo has since decided to add some new DLC, wrap it up in a shiny new package and sell it retail. Sure, the content is still a bit on the light side but what's there is gold, and sure to be a fun experience for you, your friends and family. 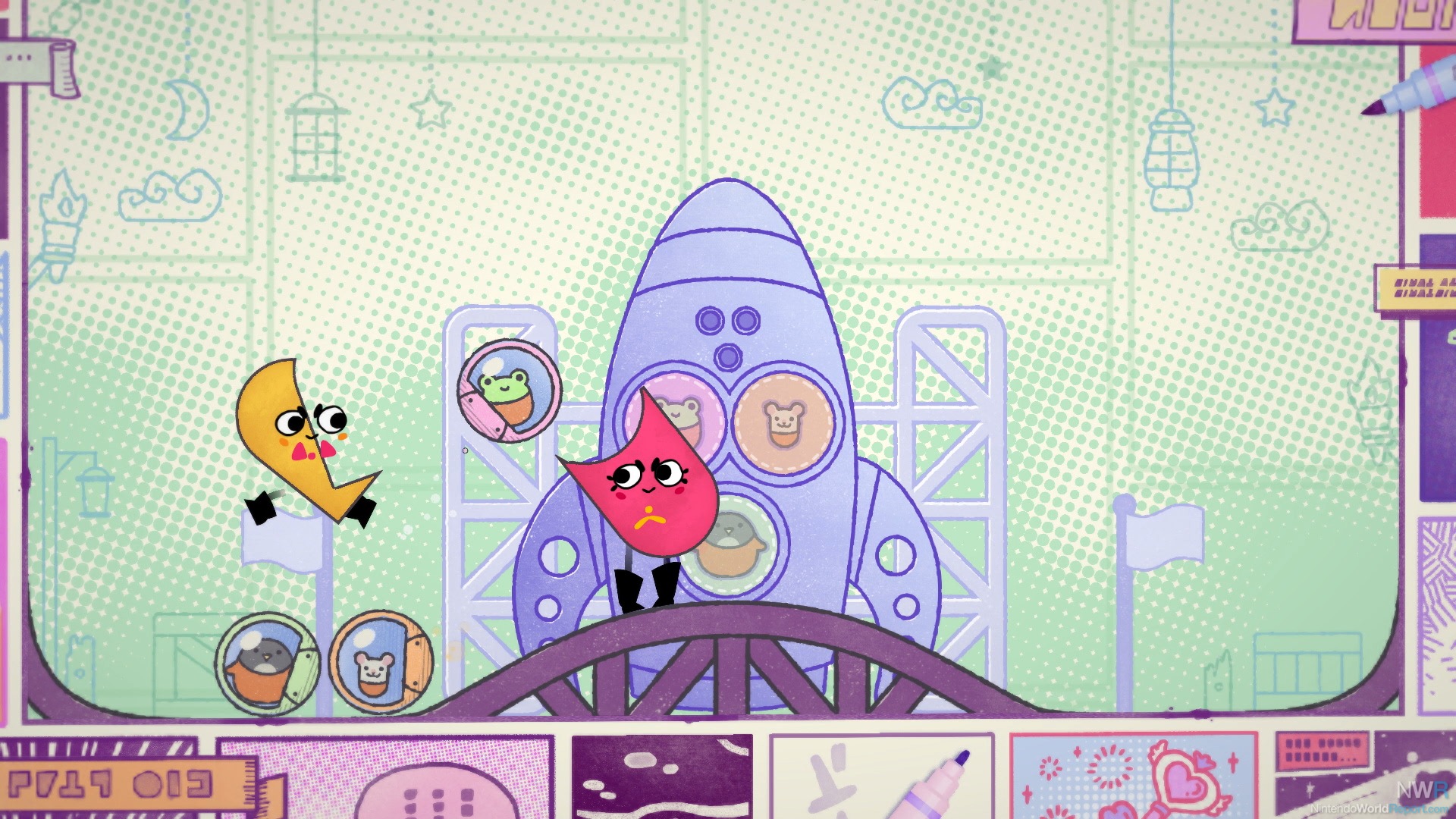 The core concept of the game is very simple, but brilliantly leaves room for variability to always keep it interesting. Each paper character has the ability to cut shapes out of the other characters in order to help solve the various puzzles. These puzzles drastically differ from each other over the course of the campaign. Sometimes, the only goal is to trim each other down to fit a shape presented on screen. Other times the goal is physics based, like having the players dunk colored basketballs into their matching hoops. But with Snipperclips, you and your friends will quickly find that it's all about the journey and not so much the destination. Just cutting out the correct shape from one another can be a tough task, let alone working together to guide an item throughout the stage. Every puzzle seemingly has multiple ways to solve it, giving each player an idea of how to proceed - and this is where the real magic of Snipperclips lies. 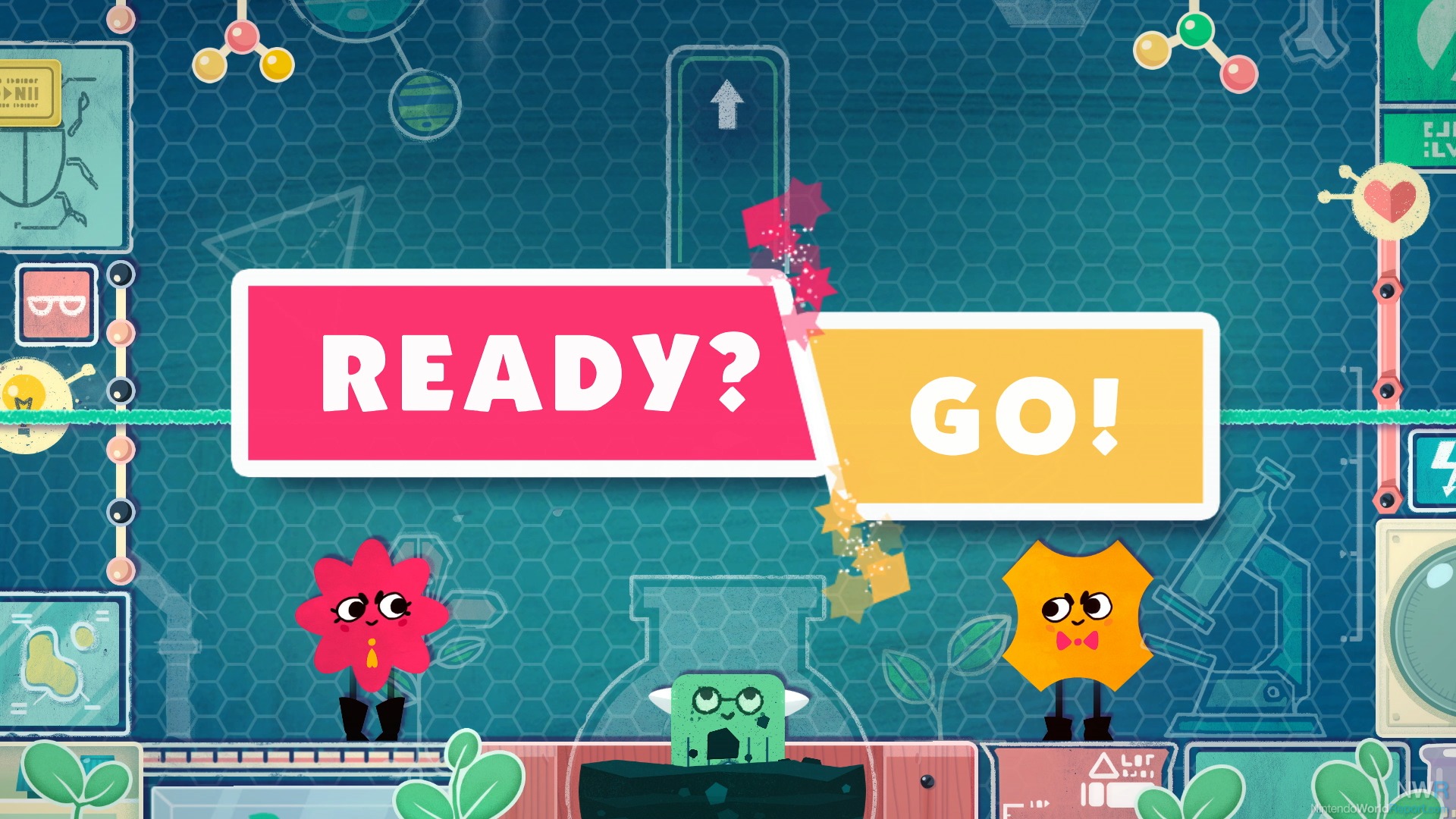 After playing through a few of the puzzles one might be surprised to find out that Snipperclips initially did not start out as a Nintendo product. All of that good ol' Nintendo charm is present and cranked up to max with cuteness. The whimsical music themes that guide the player through the menus and various game modes instantly delights. The paper/arts and crafts aesthetics pop right off of the screen. Little doodle animations in the background characterize the mood, and the adorable titular characters Snip & Clip are about as adorable as they come. As you move around the screen these two are always looking and keeping track of one another, giggling away when cutting new shapes.

The amount of content included at launch was extensive, but smart enough not to overstay it's welcome with around 50 levels to play through in the World mode. In this new DLC pack there are 2 new worlds (with 15 levels in each) added, each with a different look and feel. The gameplay remains pretty consistent to the original 3 worlds, with a couple of unique twists to add to the gameplay. These puzzles include ideas like creating the correct shape to either push buttons or allow marbles to fall into the correct holes. A bunch of them will really get you scratching your head at the puzzle design, keeping them at a more advanced level continuing from the original worlds. 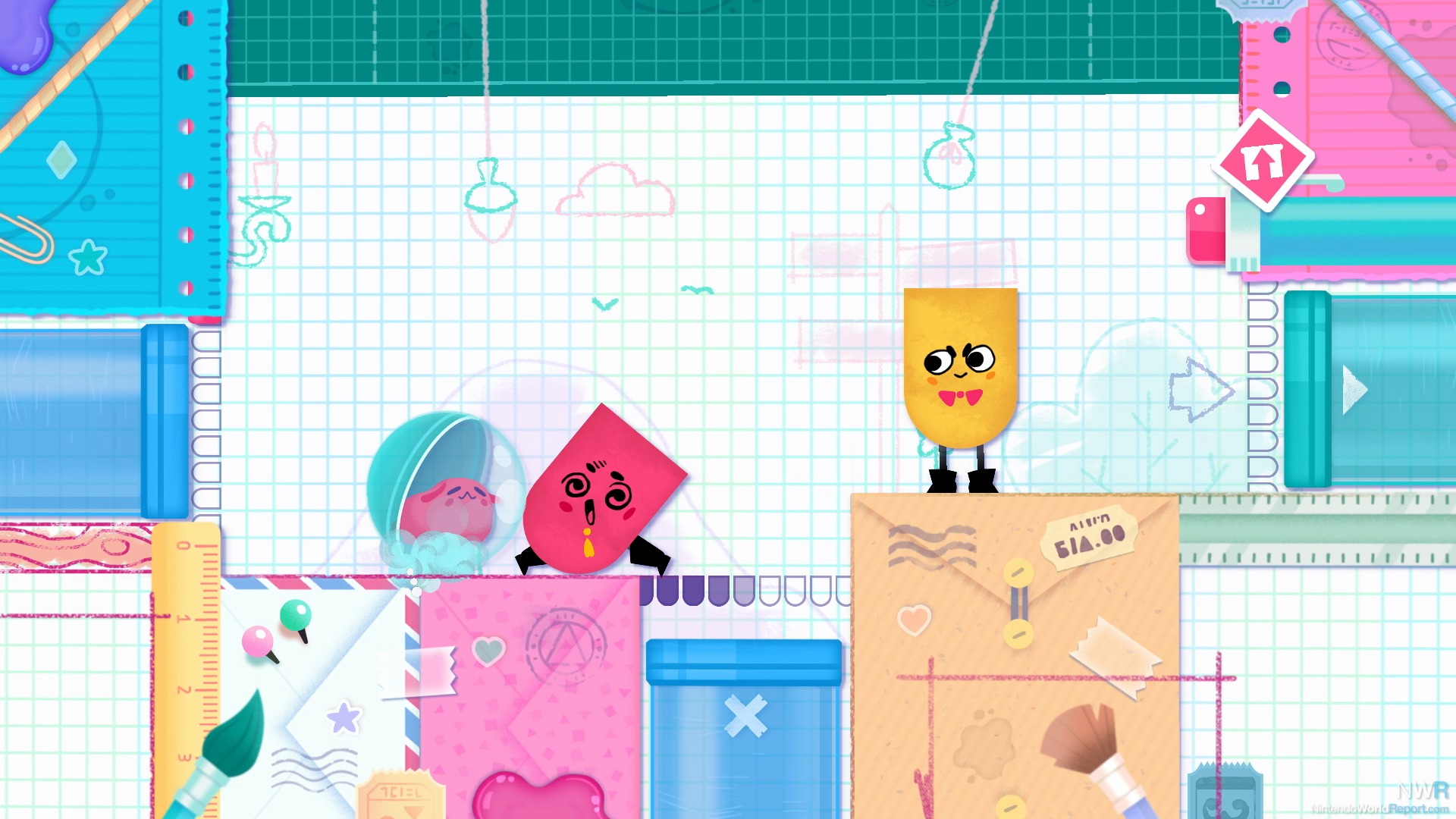 The "Blitz" mode also got an upgrade, with 3 new modes added to shake things up. Blitz is a frantic set of quick mini games for 2-4 players, this time having them play against one another. These games definitely feel like they were created after the developers were playing through the normal puzzles together and couldn't help but mess around with the other player by cutting them up into bits. Here, doing just that is part of the basic strategy, and knowing when to snip (or clip) may decide who wins and who loses. The first new one we tried was called "Roundup" and had players grabbing flies and putting them into jars located on each side of the screen. The second one we played was "Territory", which plays just like Turf War in Splatoon (the team with the most area covered in their color at the end wins). "Keepaway" is last of the 3 new games we tried, and in this mode whoever drops their 3 balls first loses. All in all, with relatively no learning curve this mode can provide some fun for you and your friends, but the short and simple gameplay structure didn't have us playing for too long. 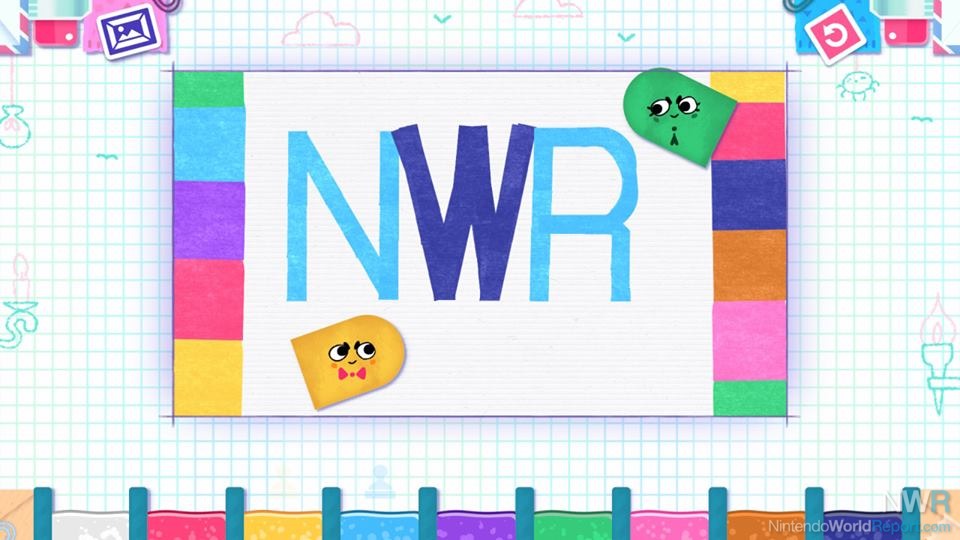 Included in the new content is "Stamps", a little art creation mode playable with 1-4 players. This is about as simple as it could be, with only 8 different colors to choose from and no ability to save your work (except through the system-wide capture feature). I could see this being a fun little distraction for younger people and could probably lead to hilarity with adults, but unfortunately I found it quite barebones. A fun bonus for sure, though shallow in concept.

All in all, Snipperclips Plus is a neat and tidy little package of delightful puzzles. The core concept of snipping and clipping one another gives the players the ability to be creative and have fun figuring out how to solve each puzzle, making for a very satisfying experience. If you liked the original Snipperclips, the new DLC provides more of what you love and should be totally up your alley, even though some new arrivals can be a little on the shallow side. So if you need a cute unique little puzzler, let Snip & Clip take you (and your friends) through the world of Snipperclips Plus.