Beauty and awe hindered by slowdown and washed-out graphics.

When Rime was first shown off years ago (at a PlayStation press conference, no less), the art style immediately captivated me. Over the years, as the Tequila Works-developed game lingered in development hell, I always kept an eye out for it. After many years, the mysterious game with the cel-shaded look finally surfaced, first on other platforms in early 2017, and now on the Switch. In its final form, Rime is a focused, beautiful game that strives to be a contemplative, thought-provoking adventure that unfortunately gets a little muddled along the way. Luckily, the vibrancy of the art and the music mostly makes up for the lowlights, even in the face of technical blemishes. 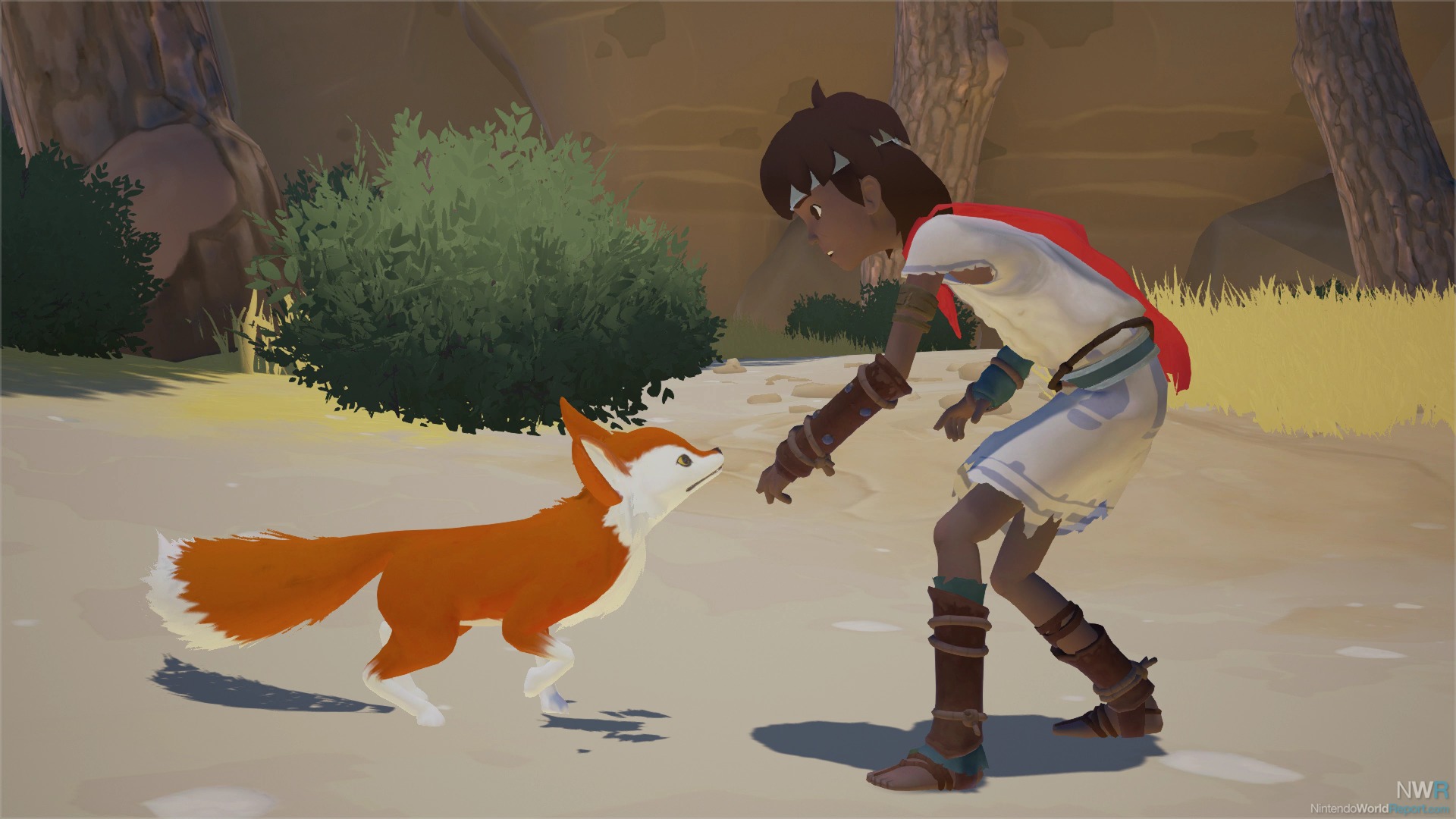 Rime puts you in the shoes of a young boy, washing ashore on a mysterious island. With little guidance other than the direction of the camera and a fox, the island can be explored by the little hero, who is reminiscent of the titular character from Ico. You’re directed to a tower where you start solving puzzles, and these puzzles lead to the unfurling of an inelegant but mystifying story that touches on themes of depression and loss. All is not necessarily as it seems on this island, but the presentation doesn’t do a great job of keeping the narrative driving forward. The story isn’t bad per say, just not as impactful as it could be if it was a little more cohesive. Broad themes can work well regardless of context sometimes, but in this case, I don’t really have any affection for this boy other than “let’s solve this puzzle, avatar character.” Ico, for example, works because you grow attached to your companion Yorda. A Boy and His Blob makes me warm and fuzzy because of the “hug” button and the usefulness of the Blob. Rime falls short of that clear connection until its final moments.

What engaged me most were the visuals and the soundtrack. However, the visuals are fuzzy in handheld mode on Switch, drawing away from a lot of the splendor of the setting that is on display when the game is on a bigger TV screen. On top of that, the framerate was primarily an inconsistent mess, whether docked or in portable mode. The soundtrack is great, though, setting the tone very well. The graphics, however, draw away from this tone despite an engaging art style. Potentially memorable moments are dragged down by choppiness and a chaotic framerate. 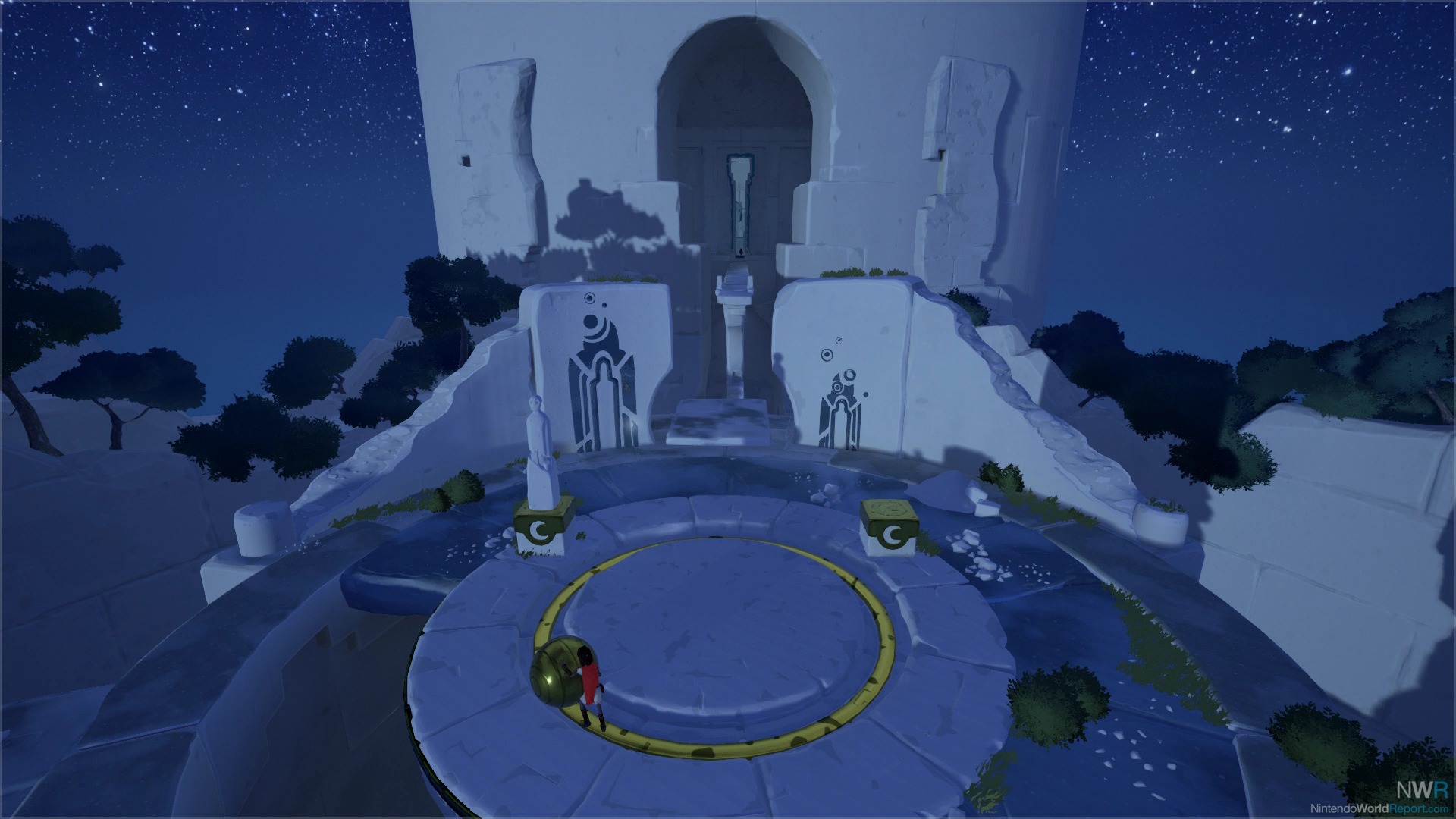 The gameplay’s core lies in various environmental puzzles that have sojourns into focusing on changing perspectives, moving blocks, and getting your hero to shout in just the right spot. The context-sensitive “shout” button is oft frustrating. While solving puzzles, you have to make sure to be in the right spot or else the boy will just hum or mutter under his breath instead of doing the shout action that triggers switches. When the puzzles click, they're joyous and engaging. A good amount of the puzzles fall into this clever and fun designation, but enough of them are laborious and time-consuming that they don’t totally coalesce into a consistent experience.

Rime on Switch is a game filled with qualifiers. The visuals are great, but the framerate’s awful. The puzzles are fun, but some are duds. The story borders on impactful, but falls short of making a consistent positive impression. Even with all those issues, Rime is enjoyable, but the Switch version makes it a lesser overall experience. I can’t speak to specifics, but if the framerate and graphics are better elsewhere, seek those versions out in lieu of this release. The allure of portability doesn’t make Rime a better game, especially with the compromised graphics.

How bad is the frame rate in numbers? Any coverage out there? I'm surprised with the issues considering it runs on ue4,  which has a good reputation on the Switch.

I have been waiting for the Switch version of this game. I might have to look into the frame rate problems a bit more before I buy it