Some tweaks to a tired genre provides us with a surprisingly fun game. 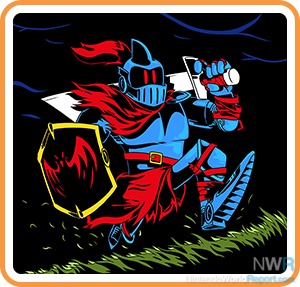 Endless runners found a home in the mobile market due to the ease of control and accessibility, but seeing them spill onto consoles always begs the question, do they have enough depth to prove worthwhile? Much to my surprise, Knight Terrors introduces a number of wrinkles that do enough to shake up the formula and present a fresh take on a tired genre. That being said, at heart it’s still an endless runner, so your’ll mileage will most certainly vary.

As many endless runners before it, you’ll continuously be moving forward towards the right side of the screen with player agency coming in the form of jumping over pits and obstacles in your way. However what Knight Terrors does to build off that foundation is set enemies in your path that you must eliminate and missing more than just a few results in a game over. At first you’ll have to deal with them with a slash of the sword, but eventually projectiles become available which helps control the chaos. Enemies aren’t just restricted to the ground, so you’ll have to tap the jump button a la Flappy Bird to rise up and take out the airborne foes. The game makes all this very simple for you by only using two buttons, so the focus is on execution in hectic situations. Whether you prefer to use the face buttons or the shoulder buttons, I always felt in total control, which becomes increasingly important the further into a run you get. 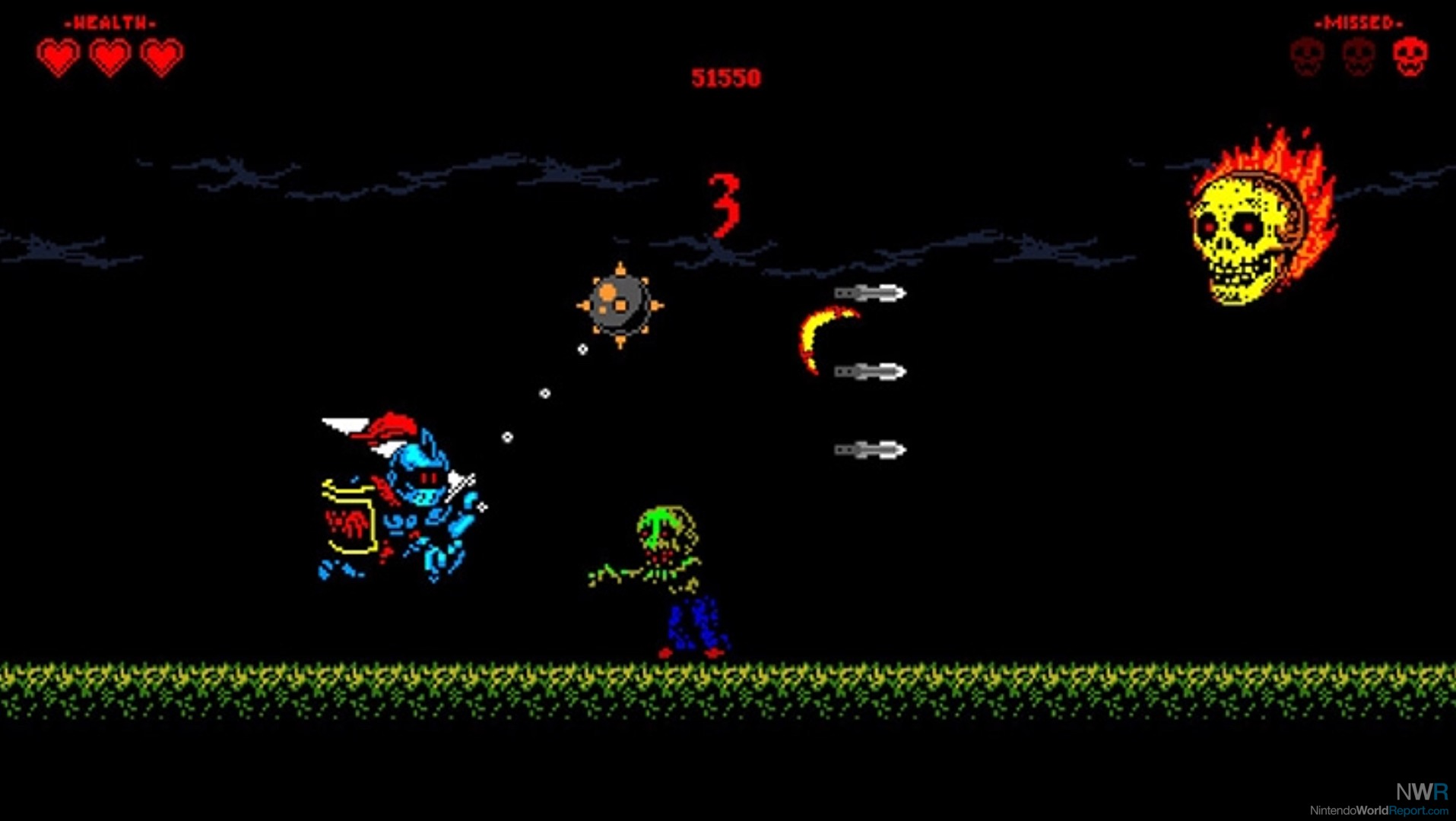 At the beginning you’ll only have access to one of the five game modes, but achieving benchmark scores in each mode will unlock new game modes and items. While the general idea is similar among them, each one changes it up enough to keep it interesting. Normal mode, which is available right off the bat, has you jumping over pits and slashing enemies as you fill up a meter and build up your score. After successfully filling the meter you’ll shift into the next level which sends new enemies your way at an increasingly rapid pace. Each run you’ll have three hearts to work with and missing three enemies in any given level results in a game over. Flight Terrors is a mode that is very similar to Flappy Bird, where you’ll be managing your height on screen by tapping the jump button and flying in between pillars, all while still dealing with enemies. However in this mode, killing enemies isn’t mandatory and you won’t be punished for missing kills. Each of the other modes take elements from these two styles of play and mix and matches them. My personal favorite was K-Type which is a mash up of Normal and Flight Terrors that presented the right level of both challenge and fun. Each run is procedurally generated and after unlocking items they’ll randomly be scattered throughout, giving each run a little feeling of uniqueness. One interesting note is the boomerang item stopped working for me and only started working again after rebooting the game. 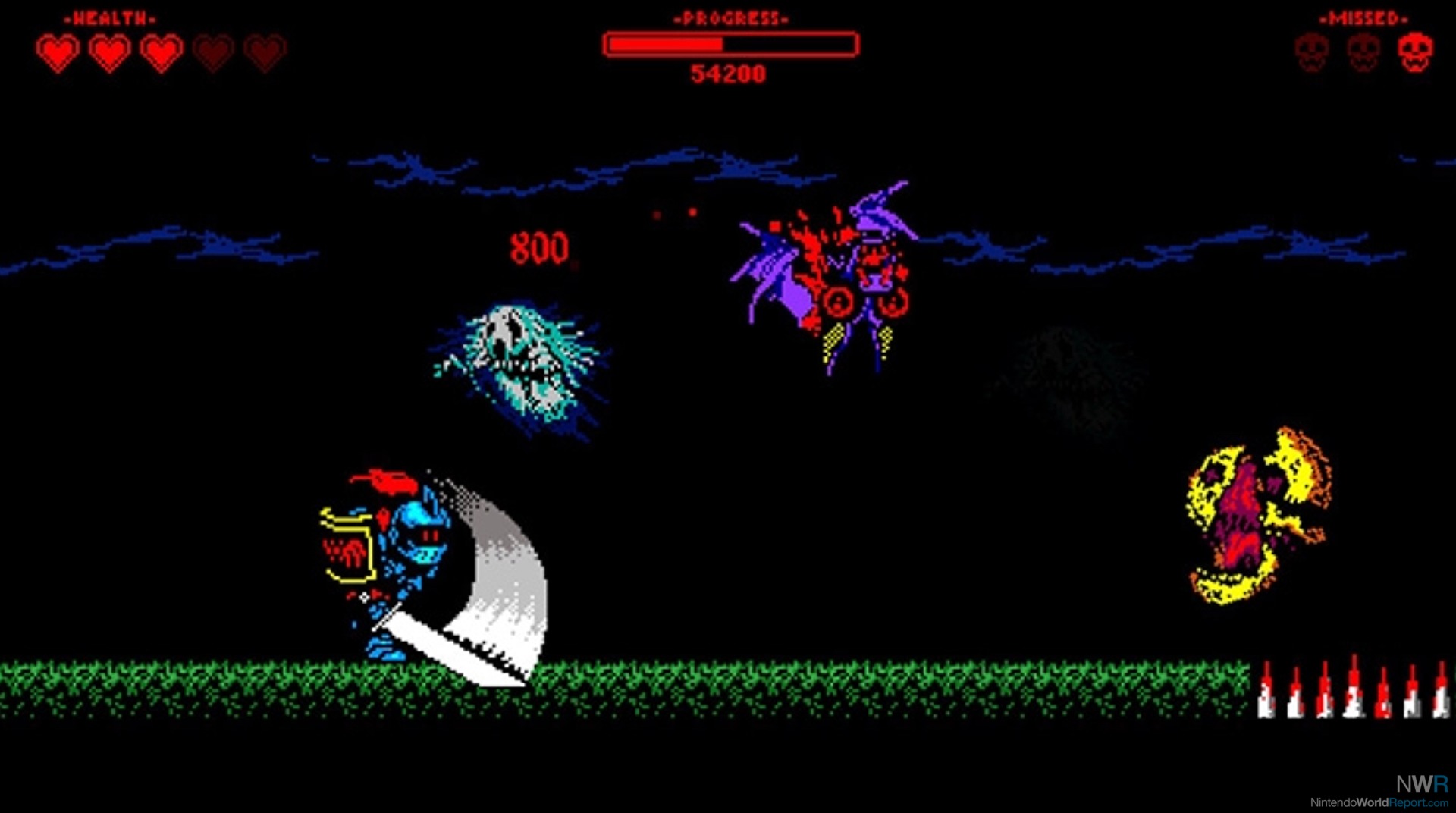 What stands out the most when playing Knight Terrors are just how big and beautiful the sprites are. There isn’t much detail for each level, only using a black background and some spikes in the foreground, but that’s made up for by the hero and enemy designs. They’re big and take up a good portion of the screen, which makes it especially good for handheld play. Some of the enemies are a bit goofy, but overall I really liked the designs. Since the presentation is pretty bare bones, it makes the somewhat long load times even more puzzling. They’re not so long that it’ll affect play sessions, but just long enough to be noticeable. The game features a small but well done soundtrack of retro styled chiptunes that help to tie together the overarching neoclassical theme.

Knight Terrors is an endless runner that brings more to the table than I would have imagined. It’s five different game modes, while similar at their core, each change up the formula enough to keep them interesting. While the driving force to unlock all the items and game modes doesn’t last long, racking up high scores remains both satisfying and addicting. Relatively lengthy load times and a bug are a few blemishes on an otherwise enjoyable game. Like many endless runners your mileage may vary, but for anyone who enjoys the genre, this is an easy recommendation.