10tons shakes up the Neon Chrome formula, but hinders the experience with a poor jydgement call.

Utilizing the engine already in place from Neon Chrome, developer 10tons Ltd. took the foundation and shook up the formula to deliver a brand new experience. Focusing on missions rather than roguelike elements, you’ll be tasked with completing different objectives in order to earn medals. Regrettably you’ll be forced to replay missions numerous times to continue your progression as new missions are locked behind a demanding medal requirement. It has a wide arrangement of power ups that let you tailor your playstyle, but it’s not enough to overcome the rough progression system. 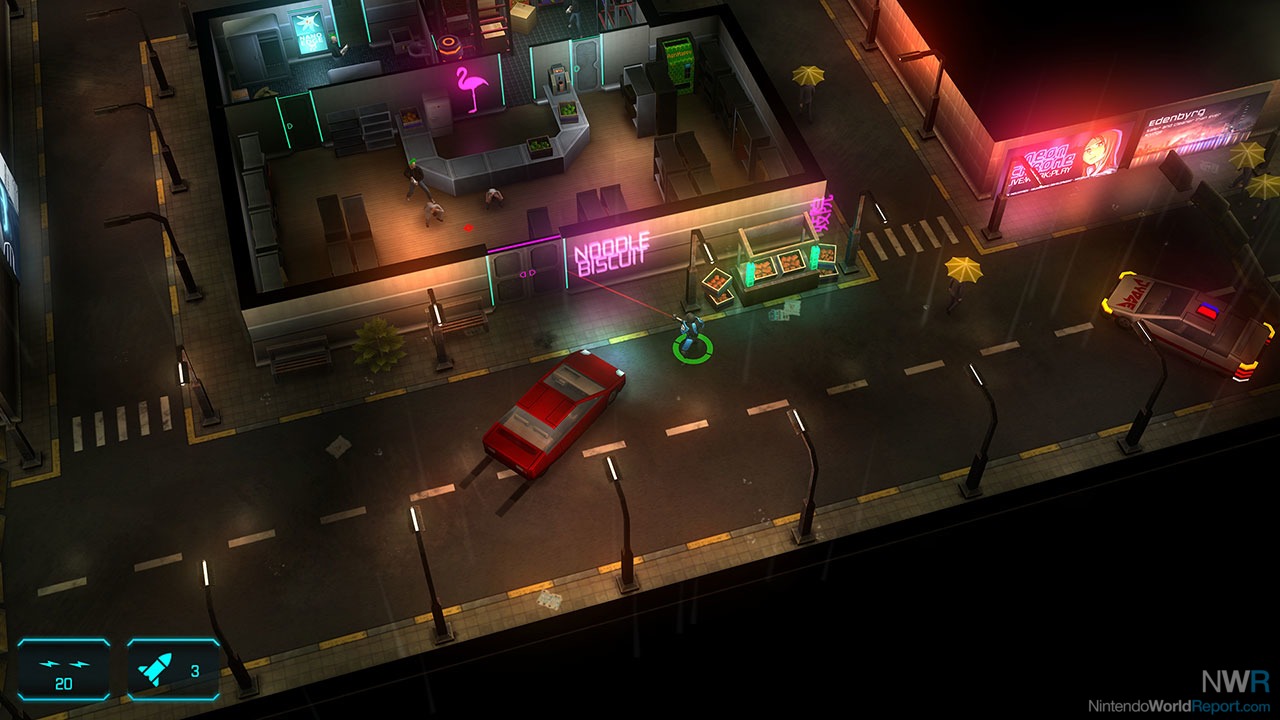 Jydge is a pretty straight forward twin stick shooter, the left analog stick controls your movement and the right analog stick aims your weapons. Using a top down perspective you’ll navigate through city streets and buildings taking out criminals. However unlike its predecessor, progression is done by completing bite sized missions that generally last just a few minutes. Each mission has a main objective that ranges from eliminating certain targets, rescuing civilians, collecting evidence, or surviving an onslaught of enemies for a period of time. Not only is there the main objective, but also two subgoals that force you to approach the level differently such as not taking any damage, completing the stage in a set period of time, or avoid being spotted by enemies. After completing each stage you’ll unlock a hardcore version of the mission with increased difficulty and two new subgoals to tackle.

While I appreciate when given the option for a more difficult setting, I despise being forced to complete it to continue progressing, and sadly that’s exactly what Jydge does. In order to unlock new missions you must collect enough medals, which are rewarded after finishing missions and for each subgoal you achieve. This wouldn’t be a problem if the medal requirements weren’t so vigorous, for example, to unlock the first mission in Act III you need 55 of the possible 60 medals. Since hardcore dishes up some extremely challenging tasks, you’ll easily find yourself playing levels over and over in order to earn enough medals. I found this took what were fun missions and beat them into the ground by forcing me to replay them countless times. Needing to continuously upgrade your suit and weapons to keep up with the difficulty is very rewarding, but requires a lot of money. I found myself doing a bit of grinding through old missions in order to have enough, especially when trying to tailor your loadout for certain subgoals.

Even though earning medals can be a pain at times, being rewarded with new upgrades never ceased to be enjoyable. Customizing your character seems limitless with the vast amount of upgrades that can be equipped. You’ll start with limited slots for upgrades, but be able to purchase more for both your armor and gun. This helps make your loadout much more diverse and able to handle the different situations that you find yourself in. Your armor can have up to four different abilities equipped at once and it’s a ton of fun to mix and match. You’ll also be to change the firemode (gun type), your secondary weapon, and even add up to three mods that enhance your abilities. I found this to be the most rewarding part of the game, although it comes at a cost. If you like to play around with a lot of different abilities and firemodes, you’ll have to grind missions in order to have sufficient funds to do so. 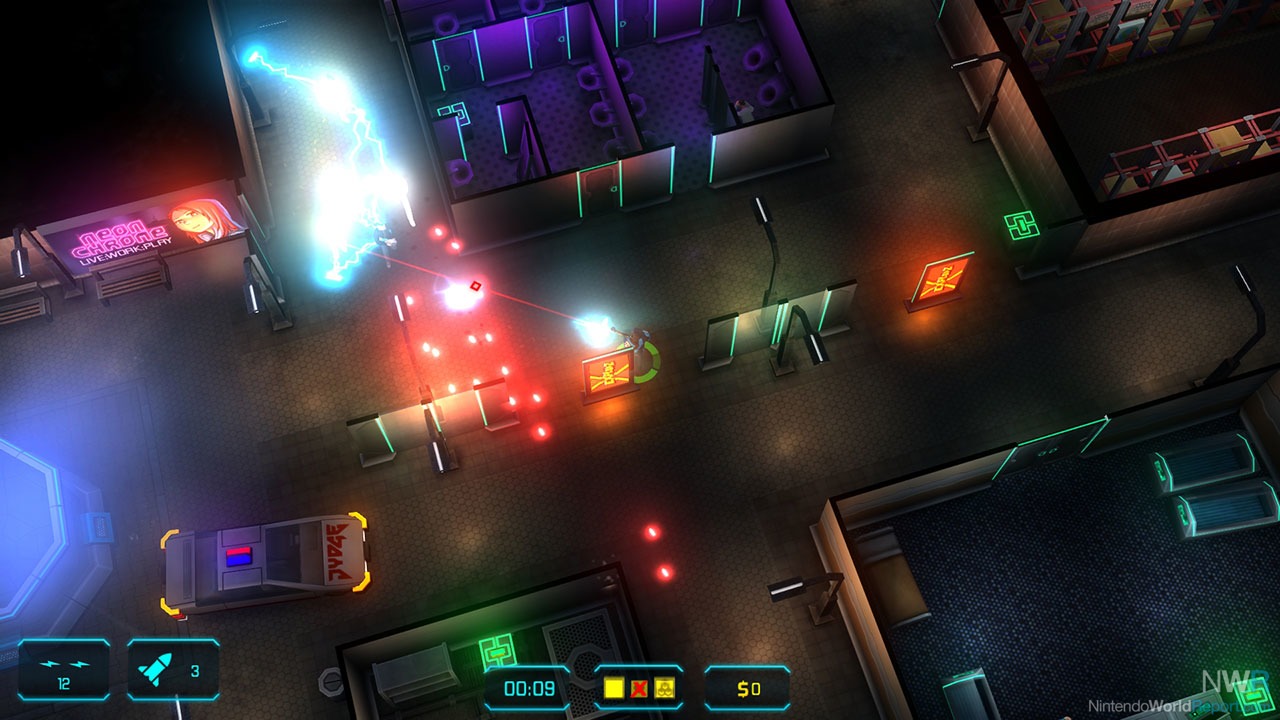 Visually the game doesn’t jump off the page, but looks solid. The top down perspective gives a nice view of the map which helps to navigate through buildings with different destructible wall types and doors. I found it a little bit difficult to see where civilians were hiding when playing in handheld mode because they are small and would easily blend in with the surroundings. This wasn’t the case in docked mode as it was much easier to see the finer details. I thought the fact the gun is called the Gavel and looks like one added some humor and helped tie in a bit of cohesiveness to the story. The music selection is alright throughout, nothing that is too notable, but doesn’t take away from the experience.

Jydge is a compelling game that has some clever ideas and a huge amount of customization. Unfortunately it’s held back by a demanding progression system that lends itself to grinding and replaying missions ad nauseam. There is definitely fun to be had with the solid gameplay, a huge amount of unlockables and challenging subgoals, but for those hoping to see the credits roll, prepare yourself to replay the same missions time and time again.