Old school retro flair is not enough to distract from its many flaws. 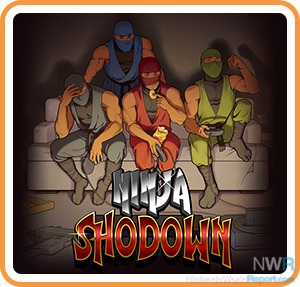 While the Switch has a number of excellent games to enjoy with your friends they unfortunately can’t all be winners. Whether the issues are lack of replayability, shortcomings with control, or that the gameplay simply isn’t terribly compelling, there are a variety of elements that can bring them down. Ninja Shodown is one such example. It has some entertainingly silly old school flair, with quick and crazy deaths punctuated by an announcer egging you on, but it’s hard to see past its shortcomings well enough to really enjoy it. 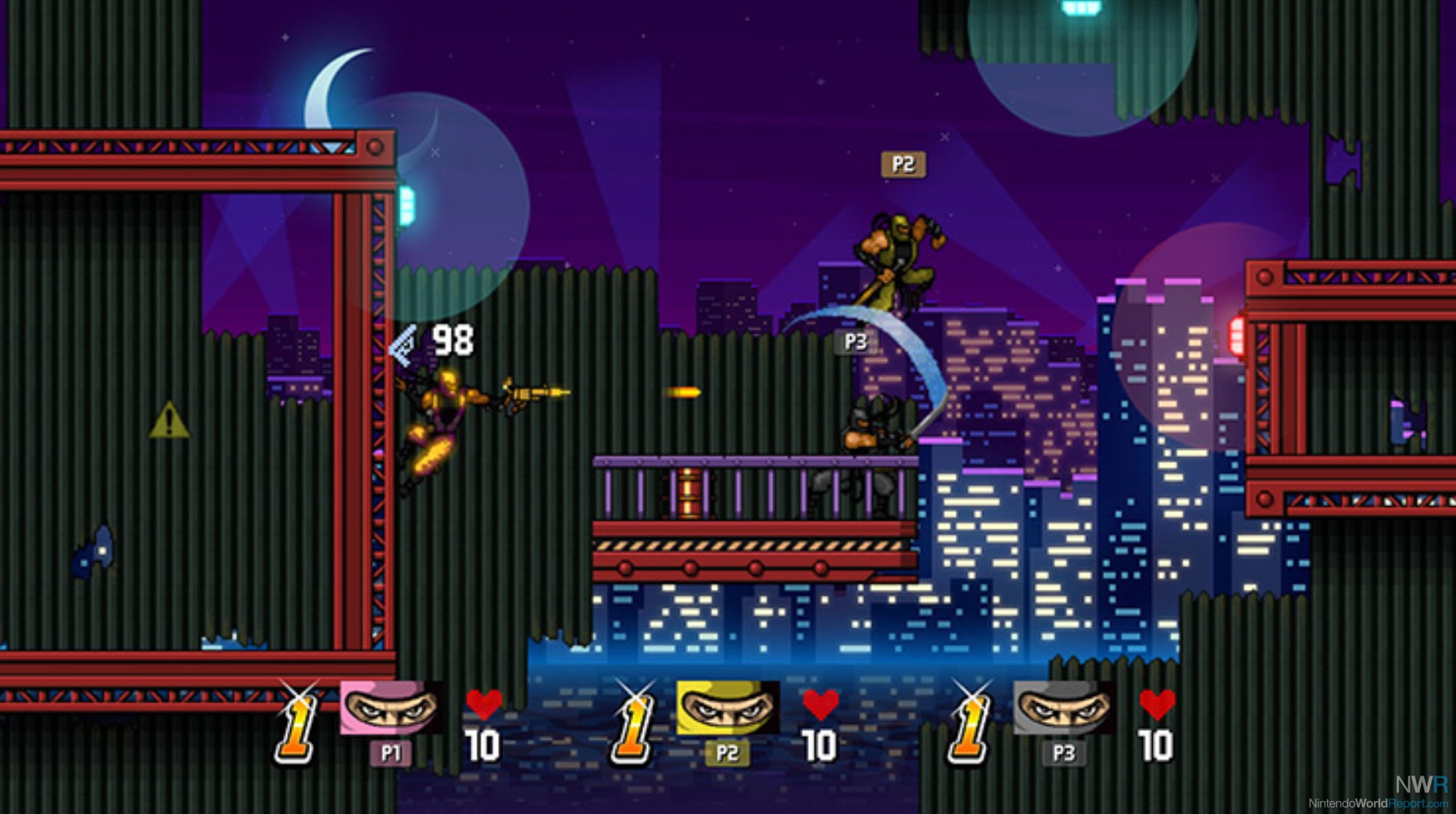 Visually Shodown isn’t terribly impressive, probably more closely resembling a Flash game than anything. There’s no doubt some degree of this is for the sake of fitting the aesthetics of the games from the era they’re trying to emulate, but all the same there’s simply not a lot to be excited about. All of the player characters are merely palette-swapped versions of the same ninja, and though you can name your ninja, that doesn’t change the fact that more differentiation would help distinguish the frantic action a bit better. There are some varying locales to choose from, and that does change the trappings, but the overall experience just doesn’t make much of an impression somehow either.

If only the visuals were the biggest issue you could probably look past them but when you combine the less-than-stellar looks with the way the game plays it simply exacerbates the problem. The most fundamental issue is with the control and the pretty insane rate of movement. You dart around incredibly quickly and the lack of refinement and nuance leads to everything being sloppy and a bit aggravating. Due to the imprecision you’ll tend to either spam your slashing attack as you approach an enemy or gravitate towards using your throwing stars or special pick-ups to try to take them out randomly from a distance. It’s difficult to feel much satisfaction when you often resort to what feels like a cheap way to get the upper hand. 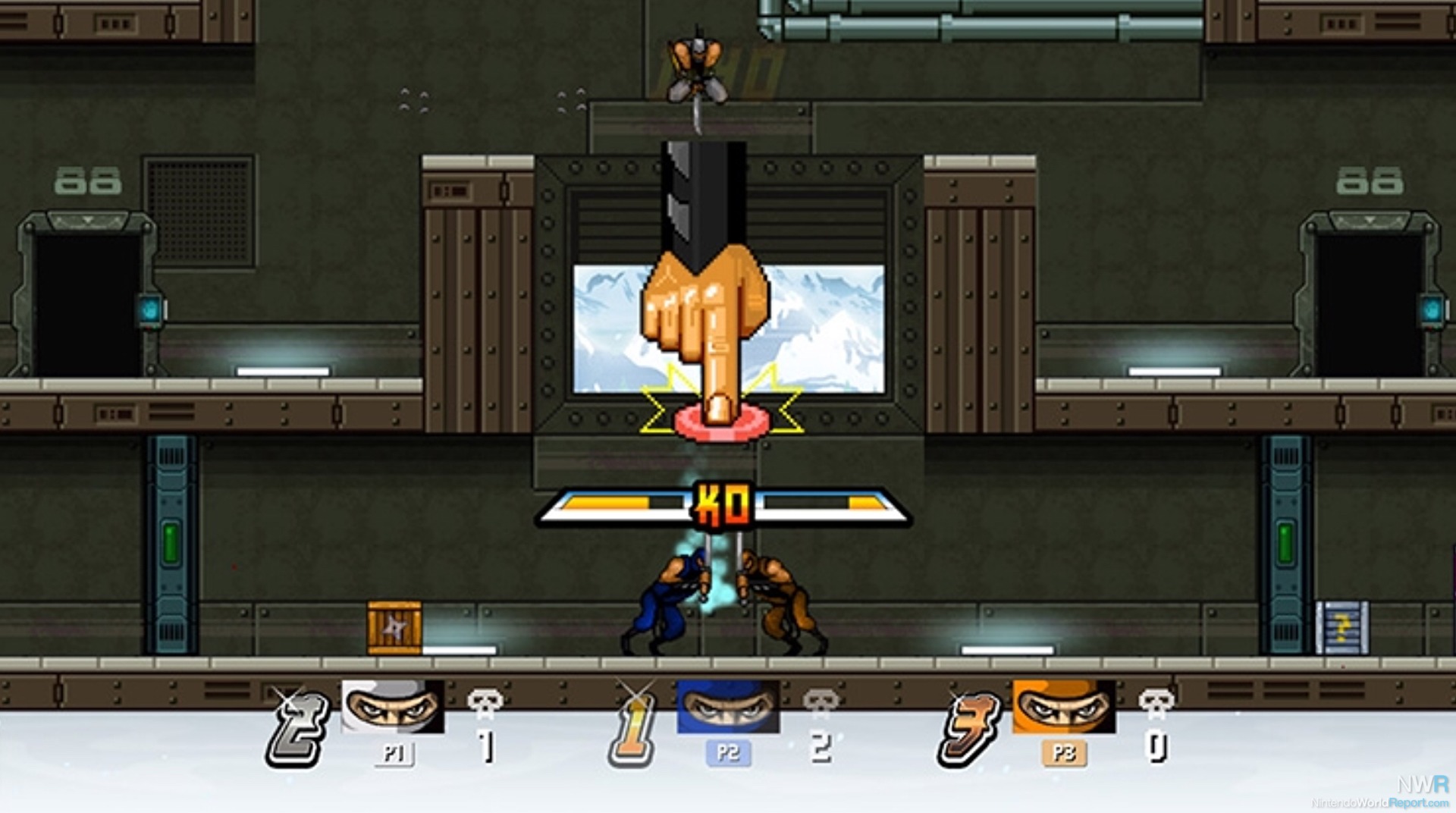 Several gameplay modes are available to choose from but really they’re just variations on the same theme. Whether you’re playing to a number of kills, for a given amount of time, for the sake of accumulating coins, or for possession of a crown, it’s all ultimately the same experience repackaged. Both single-player and unlimited modes are included but again the rate of movement and loose controls tend to make it hard to get engrossed in. The biggest problem is that mere contact with your enemies will result in your immediate death. Since this continues to be true even when it takes multiple hits to defeat some opponents it too often becomes an exercise in frustration.

Ninja Shodown may be trying its best but it simply isn’t very much fun to play. The control issues are very difficult to get around and they rob you of the opportunity to really enjoy the gameplay. There are a number of modes to choose from that do vary up the details but at the end of the day there’s no escaping the fact that the core experience is pretty flawed. This all makes it very hard to recommend when there are so many other better multiplayer titles available.