This brutally difficult platformer will both frustrate and delight.

One of the most satisfying things in gaming is to finally beat a level or boss that’s been confounding you for hours. In Volgarr the Viking, you will have many opportunities to grasp for that feeling of accomplishment, because the game’s worlds are filled with numerous traps, enemies, and pitfalls that will repeatedly impede your progress. While it was originally released on the PC in 2013, Volgarr the Viking feels much more like a 1980s arcade title. If you’re willing to endure the game’s harsh challenge, you’ll find a well-crafted platformer that fills a tiny, but important niche on the Switch’s ever-expanding library. 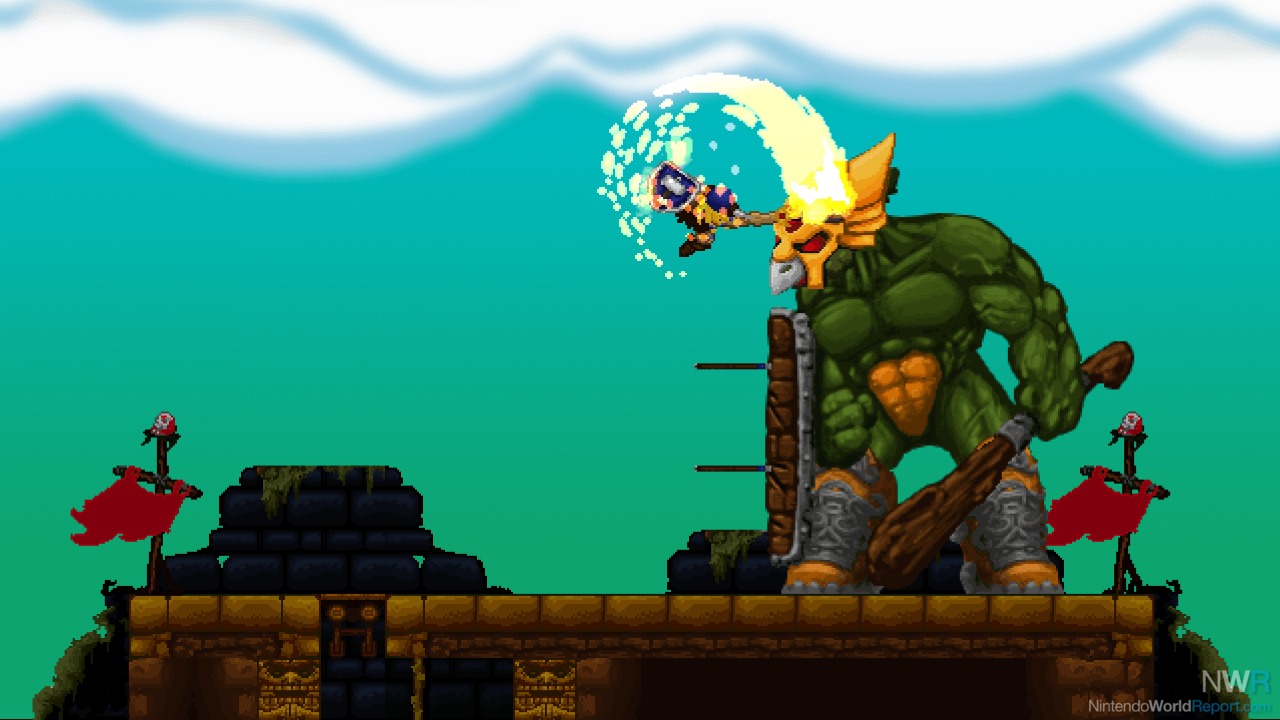 Volgarr the Viking draws inspiration from a number of arcade classics, but the two that stand out most are Taito’s Rastan and Capcom’s Ghosts ‘n Goblins. Like in Rastan, your main character can defeat foes with the swing of a sword or via a downward stab. Volgarr also carries multiple spears, which are great for taking care of long-distance enemies. One neat trick is the ability to jump on spears that have become lodged in walls. In addition, one can perform a roll maneuver to avoid quickly closing gates, as well as a spinning double jump. Mastering Volgarr’s moveset is necessary if you have any wish to survive.

There are six regular worlds to explore, along with a seventh, hidden one that only the most determined players will reach. Each world has been meticulously designed, and even the very first world poses a challenge. One crucial tool to survival is finding the treasure chests in each stage. The collectible item in each chest allows Volgarr to power up ever slightly, and gives him additional hit points.

The game’s most defining feature is its difficulty. This is the kind of the game where you must repeatedly play each stage and learn every nook and cranny if you wish to survive. While the game is extremely difficult, it never feels like the game is being unfair. Moreover, there are no game overs in Volgarr the Viking. Once you reach a checkpoint, you will always be able to respawn back to it after a death. I do wish the game featured some additional checkpoints in each stage; I often found myself finally reaching a boss battle, only to immediately get killed and sent to a checkpoint half the level away. 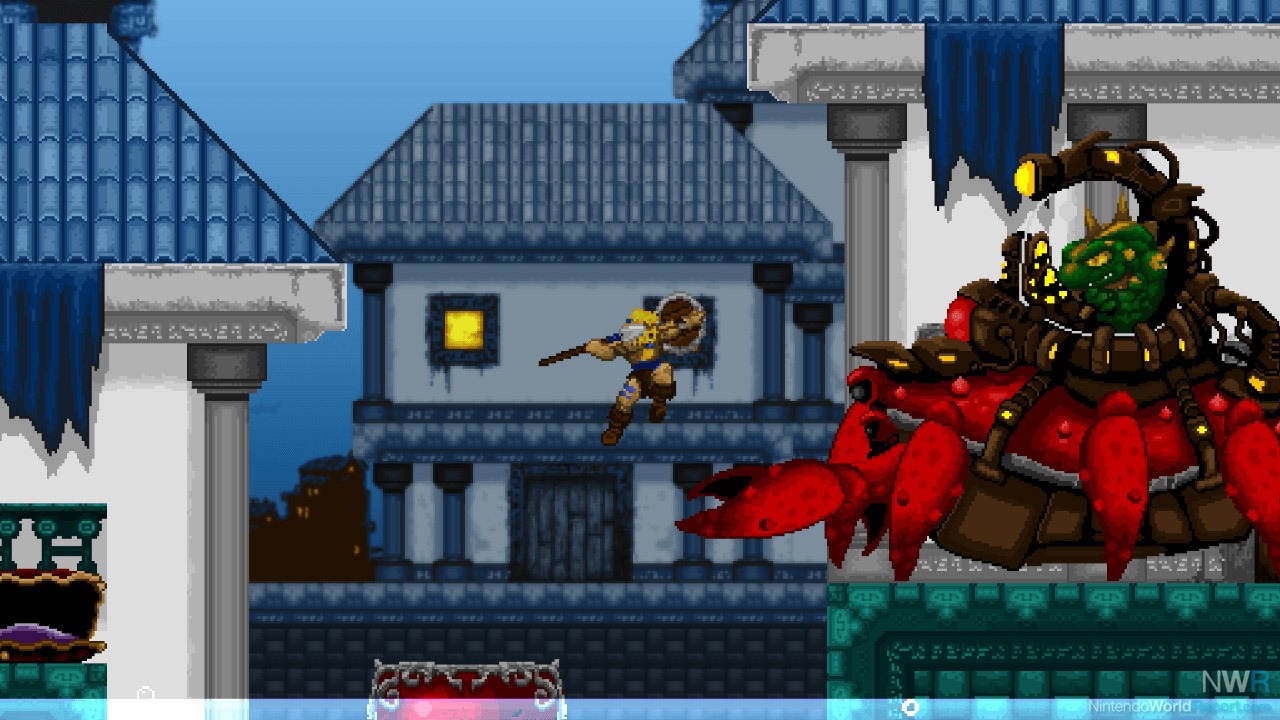 The Switch version of Volgarr seems to be exactly the same game you would find on PC or PlayStation 4. One thing worth noting is the very subdued use of rumble in the game. The rumble is very light compared to other titles I’ve played on Switch recently (like Golf Story), but it’s nonetheless effective after blocking an attack with your shield or throwing a charged spear. There also an in-game achievements system, which is always a welcome addition.

Volgarr the Viking is not the type of game I can enthusiastically endorse to all gamers. You must be a determined player, undeterred by repeated deaths (I died over 150 times on one stage). Also, the graphics and controls strictly adhere to the type of game you’d have found in your local arcade 30 years ago. As long you can look past those things (or embrace them), you’ll find an deliciously tough and magical experience.