Sine Mora is finally on the Switch, but was it worth the wait?

For a console that’s not quite a year old, the Switch has several shoot ’em ups to choose from thanks to all of the NEO GEO ports and indie titles playing catch-up on the system. Sine Mora EX, the latest of these, was first released back in 2012 and now appears for the first time on a Nintendo system in the form of an enhanced port. Unfortunately, Nintendo fans could have probably stood to wait for this one. 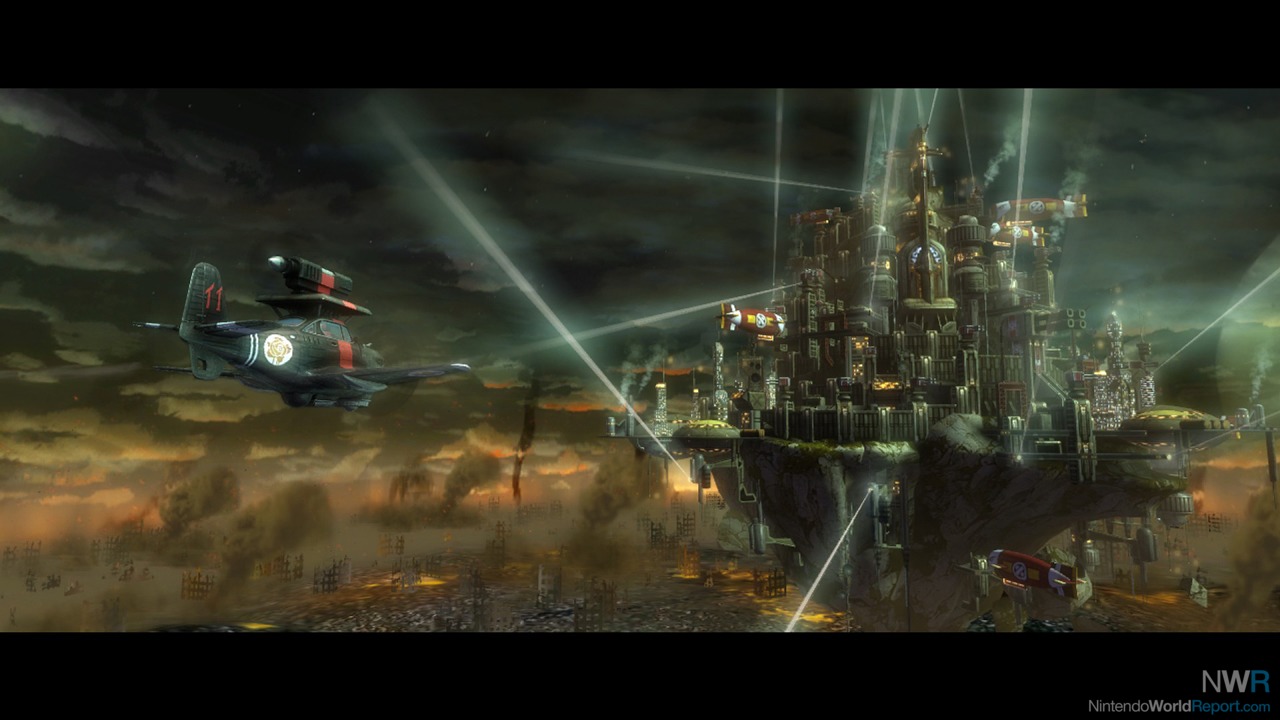 Sine Mora EX is a fairly traditional side-scrolling shooter without a lot of bells and whistles. You pilot a ship on a horizontally scrolling level while shooting and avoiding enemy ships. Where it stands apart is its focus on time. Instead of a life bar, you have a time limit. When the time runs out, your ship explodes and it’s game over. Time is extended when you take out enemies and it’s decreased when you take hits. Functionally the time limit isn’t too dissimilar from a life bar. Occasionally you’ll be doing great and die a cheap death thanks to the time running out, but those deaths are few and far between. More often than not, you’ll find yourself surviving through levels having played exceedingly poorly—I never finished a level with more than a D ranking, but I did finish. This destroys any sense of satisfaction in completing a level, as often you can simply brute force your way through on Normal difficulty. On higher difficulties, however, the game becomes a bit too difficult.

Despite holding your hand, playing Sine Mora EX can still be fairly irritating. Like in most shoot ’em ups, enemies drop power-ups and items that refill different abilities. Some of these drops are a necessity if you want to enjoy the game. The speed up ability, for instance, slows down the level allowing you to more easily maneuver through patterns of bullets and enemies. It seems impossible to avoid some attacks from grunts and bosses without using speed up. Nevertheless, it’s easy to run out and difficult to fill. Worse are the general weapon power-ups. If you’ve played a shoot ‘em up before, you’re probably familiar with how the weapon upgrades work. Grab a power-up and your gun moves up a level, increasing its damage output and spread. Get hit and you’ll lose those new levels. Now, Sine Mora lets you gather your power-ups back after getting hit, but there’s a problem. There are no invincibility frames after getting hit. So if you scramble to grab your power-ups and get hit again, you’ll lose them yet again. This is especially frustrating with bosses that require a spread of bullets to more easily hit their weak spots. 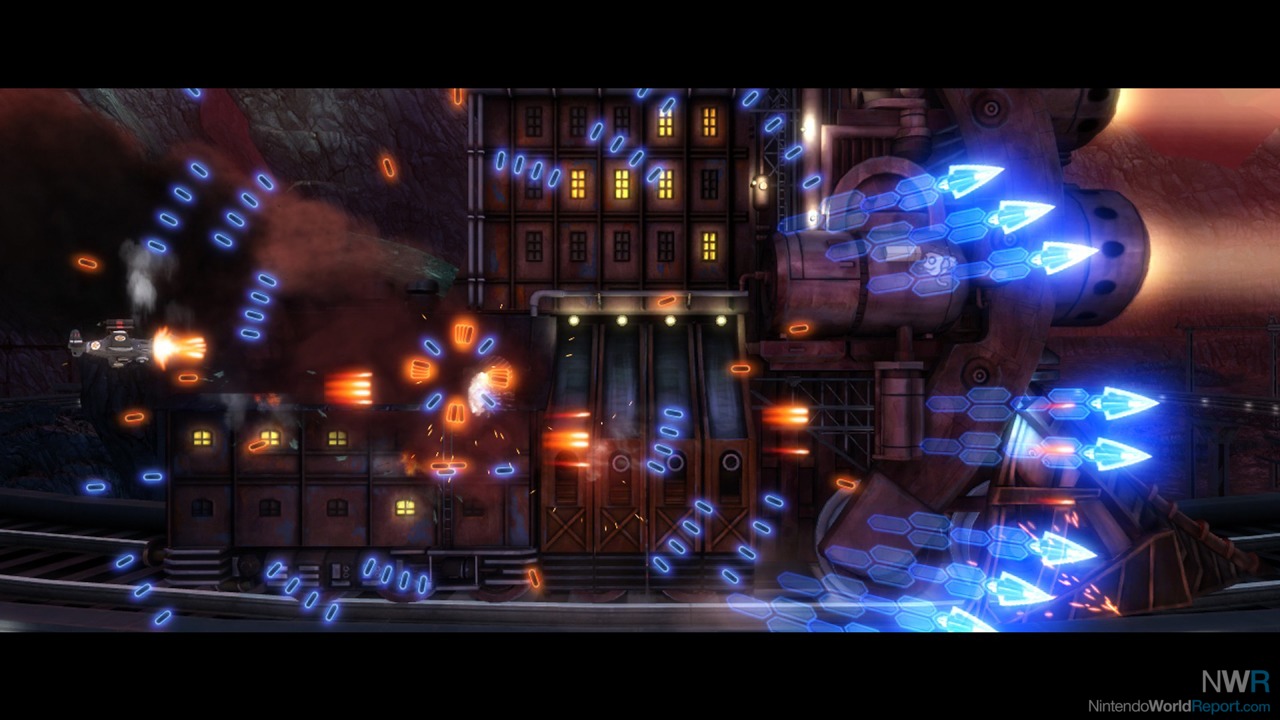 Sine Mora EX offers a few different modes to experience this frustration. You have a Story Mode with a surprisingly dark narration revolving around genocide and revenge. The story is one of the stronger aspects of the game, but it can interrupt the flow of the levels. In Arcade Mode you get the same levels, but without the all of the cut scenes that routinely bring the game to a standstill, as well as the ability to choose your pilot and ship. There’s Score Attack Mode where you can choose individual levels and compete for a high score—the game does have online leaderboards. If you want something that departs from the usual side-scrolling fare, there’s also Challenge and Versus modes. Challenge limits your ship’s abilities and has you meet certain criteria; for instance, one challenge has you dodging red mines while you shoot at yellow mines on a stationary screen. Versus Mode is in addition to the Story Mode co-op that allows a second player to control a rotating gun platform to help out the first player. Instead of helping, you’re competing with each other in three different mini-games. All three limit your abilities and feel extremely basic.

As down as I am on the game, Sine Mora EX shines in its presentation. Each level has a unique theme and feels alive thanks to small touches like little men fishing or animals escaping as bullets fly. This carries over to the boss designs that range from a giant mech to an armed train. They’re a sight to behold and marginally more fun to play than the levels that house them. Sine Mora is a good-looking game and it’s clear that a lot of effort was put into making it that way. It’s just a shame that it’s not as fun to play as it is to watch in motion.

bummer of a low score.