The addictively fun puzzle game makes its way to the Switch, but the exclusion of online multiplayer makes this an inferior experience.

After playing Tumblestone at Pax East for the first time, it immediately became one of my most anticipated Wii U releases in a genre that I typically don’t dive into too deeply. Upon release, it lived up to my high hopes, delivering a challenging single player campaign, tons of content, and most importantly a stellar multiplayer experience. This competent port brings almost all the fun of the original to the Switch and for the first time, the ability to play it anywhere. However with no online multiplayer and no new features, it can’t help but feel like a slightly watered down experience. 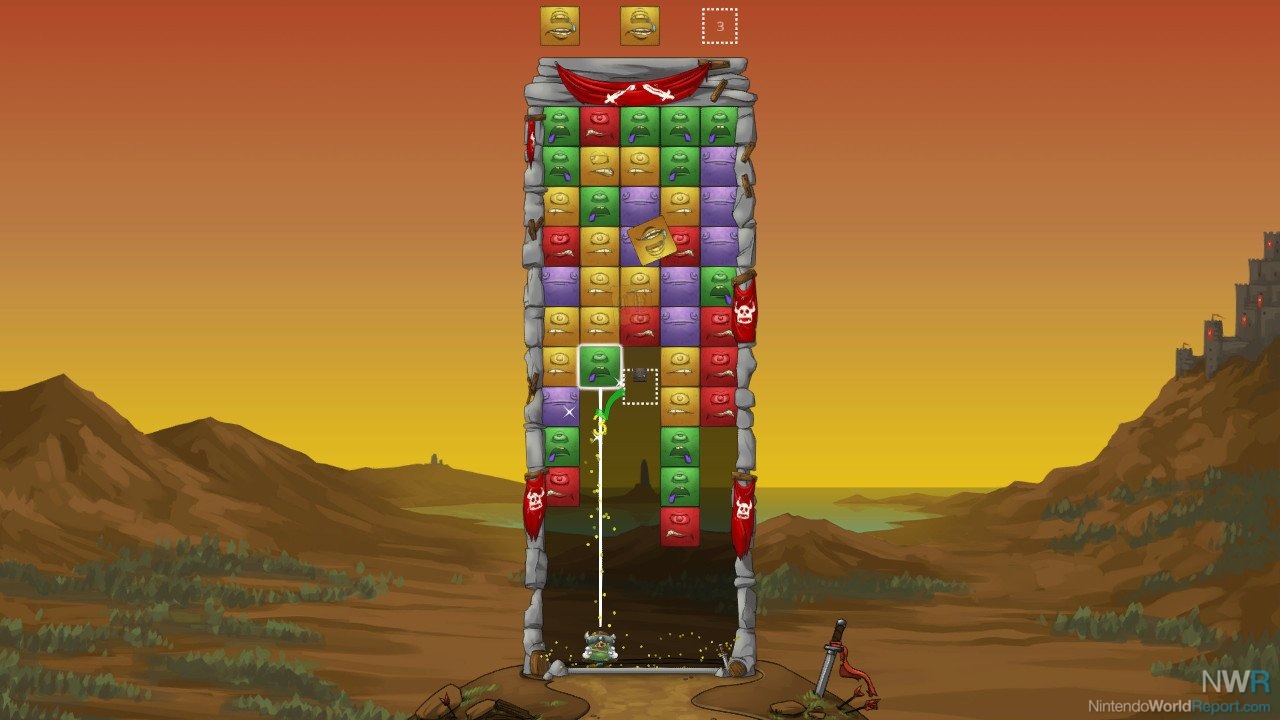 At first glance Tumblestone appears to be a standard match three puzzle game, but you’ll quickly realize that isn’t the case and that each puzzle requires a strategy-laden approach. The rules are simple; shoot three blocks of the same color in succession from the bottom of the board to clear them off, with the ultimate goal of ridding the board of all blocks. While this idea seems basic, the real beauty shines in the challenging puzzle design. It’s fully possible, and in fact a certainty you’ll get to a point with no further moves and be forced to restart. This promotes looking ahead to see what you might be left with later on, instead of just focusing on clearing any and all blocks from the bottom. As you progress through the 12 worlds with some 30 puzzles each, you’ll gradually be introduced to new ideas, forcing you to approach puzzles differently.

Modifiers are special blocks that force you to complete a puzzle differently. Whether it’s a shot blocker which only disappears after clearing all other blocks in its row or column flipping, which flips the column top to bottom after removing a third block, these ramp up the difficulty exponentially. That sometimes can be an issue, as puzzles begin to get extremely difficult early on in the game. There were times I found myself beating my head against the wall with little to no luck, but fortunately you can earn “skips” to bypass levels. In addition to the lengthy and challenging story mode there are a few arcade options to jump into. You have a standard Marathon mode, an Infinipuzzle mode with more emphasis on puzzle solving, and Heartbeat which is a fast paced mode that requires you rely on speed and instincts. 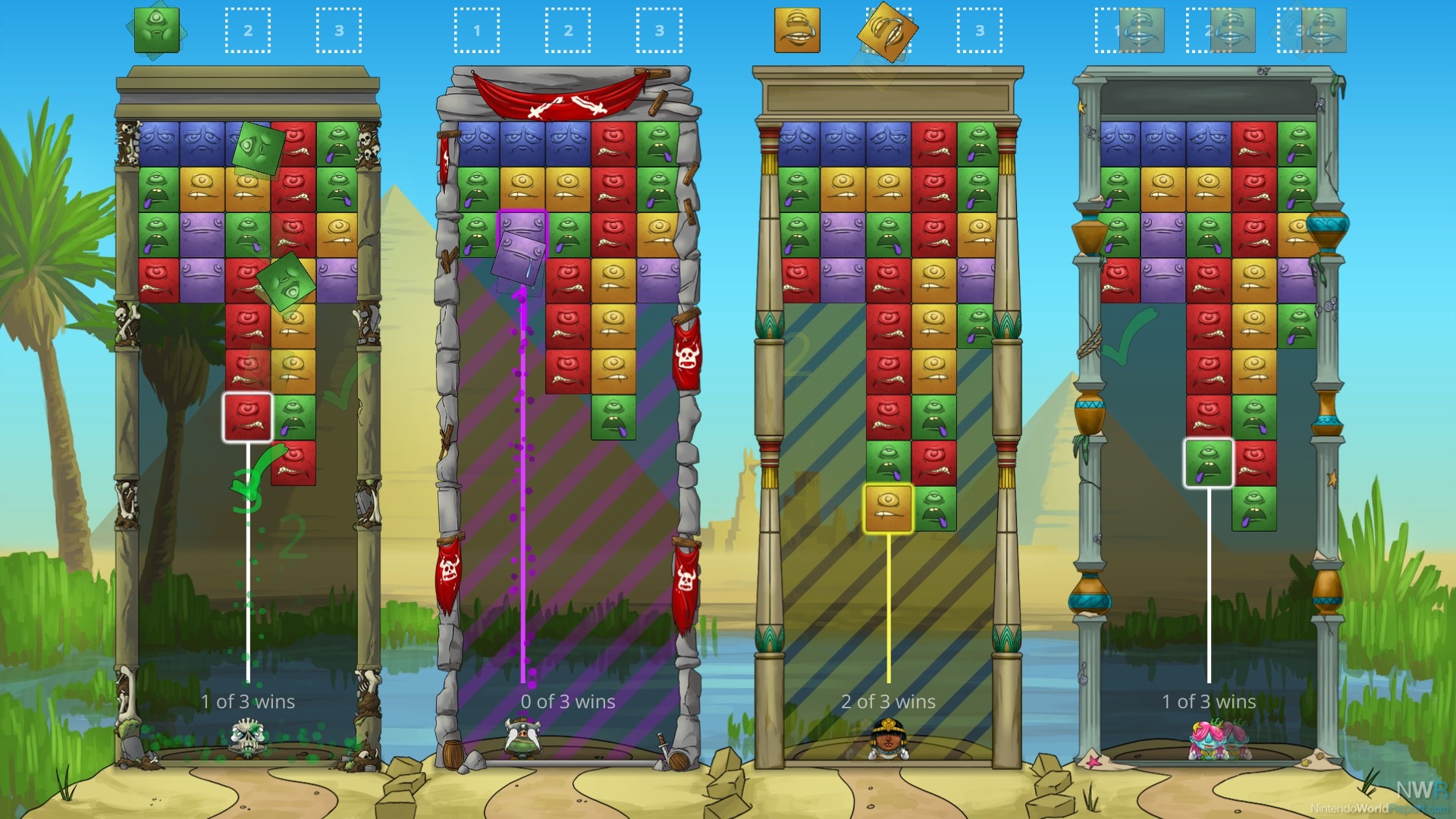 It’s clear a lot of love and attention went into crafting the abundance of single player content, but where I found myself spending most of my time was in multiplayer. Up to four players or bots face off locally against one another with the sole purpose of completing the puzzle in the least amount of time. These matches produce nail biting moments that’ll leave you screaming at your friends for just one more round. And I’m not just saying that, it really is easy to lose hours to this game with friends. You can customize your experience quite a bit by adding different modifiers to make things even more intense. A great option is allowing you to add weights to certain players, helping to level out the playing field by making their puzzles more difficult. This does a fantastic job of welcoming new players to the game without making them feel overmatched. The lack of online play is upsetting and frankly a bit confusing. The option was available on the Wii U and other versions, so seeing it left off the Switch was truly a letdown.

When I heard Tumblestone was making its way to the Switch, I was overjoyed. Once again I’d be able to delve into the wonderfully addicting and tense multiplayer while chipping away at the robust single player campaign. Although the port for the Switch mostly holds up with other versions, the lack of online play definitely makes this an inferior version. That aside, it still serves up reams of fun and is an easy recommendation for anyone looking for a fresh take on a puzzle game.